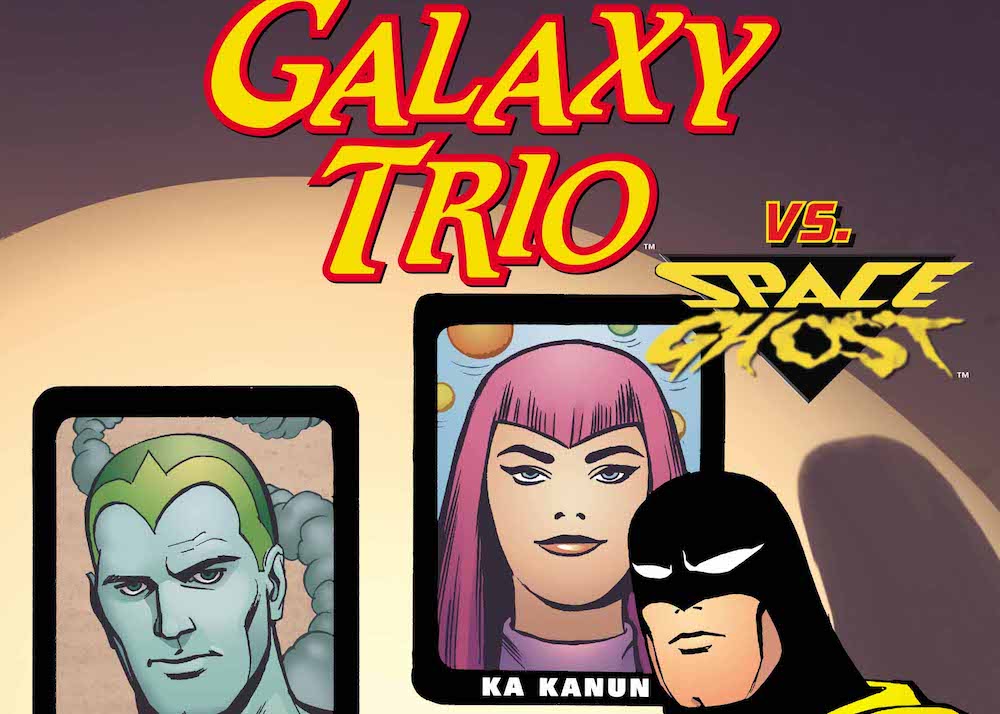 Ray: Jack Kirby might not have had anything to do with the characters in Future Quest Presents, but I think this title does a better job of capturing the Kirby aesthetic than any other on the market (including Mister Miracle, which while one of the very best books on the market, is also very much a Tom King book). And that influence is never clearer than in this issue, where we’re introduced to a group of anti-heroes that will remind a lot of people of the Fantastic Four. They’re the Galaxy Trio, a band of former Cadets who were mutated by Space Ghost’s arch-nemesis Zorak, giving them the powers of gravity, matter density, and vapor. After being rejected by the military because they were assumed to be unstable, they went rogue and became a band of thieves and pirates.

This issue is essentially a space caper comic, Ocean’s Eleven filtered through the bizarre space adventure of Hanna-Barbera. But at its core, there’s some really solid characterization. The Galaxy Trio, while beaten down by their circumstances, still maintain a core of honor and loyalty to each other. Space Ghost, the sole survivor of the Corps besides them, has never given up on turning them back to the light–and in the present day, after they’ve apparently sacrificed their lives to stop Omnikron, still believes they’re out there. The world of Future Quest is a huge and engaging one, with hundreds of characters to explore as this new format continues, and this done-in-one is another solid addition to the mythos.

Corrina: I never expected to enjoy this comic that much. It’s tricky with all-ages work because sometimes, in the need to keep it G- or PG-rated, some of the story tension can be lost. But never once since Future Quest started have I, as an adult reader, felt shortchanged. Take this plot: a classic plot of thieves double-crossing each other, which could be black as noir. Instead, it’s a terrific adventure story that allows insight into not only the unexpected heroes but also in the ultimate mastermind behind the original theft.

A clever, fun, always visually interesting series. It might be one I’d pick to get kids hooked on comics.

Review – Injustice vs. Masters of the Universe #6: Futures Unlimited