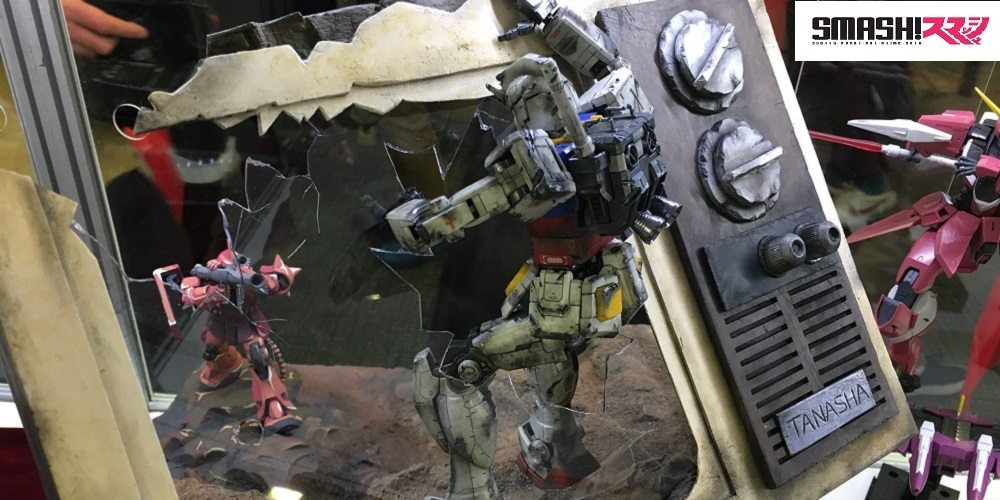 Geeky Conventions usually fall into the following categories: pop-culture; gaming (computer or tabletop); and comic books. There are even some conventions that try to cover all three.

And then there is one convention dedicated specifically to anime and manga: SMASH! Sydney Manga and Anime Show.

All About the Anime and Manga

This would have to be the most amazing niche geeky convention I have seen in Australia yet. I’m the first to admit my anime and manga knowledge is amateur at best. I love my Voltron (both old and new… but more inclined to the new stuff), Battle of the Planets, Sailor Moon, and 20+ years of Pokemon.

SMASH! was founded in 2007 by Katie Huang and Paul Aeria. The primary focus was, and still remains, on art—which is really a stand-out feature compared to all other conventions in the region. You see it in the Artists’ Alley, the Workshops, the Market Hall, the attendees themselves. At every point, there is someone ready to show you their art, and bring you even deeper into the world of anime and manga.

For the first time in forever, I found a table absolutely committed to welcoming even the newest of noobs. In all seriousness, SMASH! had a table set-up for “Free Anime Recommendations.” If you were new to SMASH! and looking for recommendations beyond Pokemon, they had volunteers willing and able to show you more. That should give you a really good idea on exactly how all-inclusive this place was.

The list of workshops itself was extensive. Once again, art was first and foremost. There were workshops on technical drawing skills, cosplay life-drawing, discussions on same-sex love in anime/manga, fine sewing skills like embroidery, wig maintenance, blurb writing… As I said, the list was extensive. And they weren’t hidden away or during some secluded time-slot at the end of the day. These workshops were available throughout the whole weekend and loudly publicized across the entire venue. They really wanted to encourage all attendees to participate in the event, not just observe.

In the middle of the ground floor, there was also an amazing Gundam workshop coupled with a display from the Gundam competition. EG Dad loved this opportunity for some miniature builds with the spawnlings. In fact, anytime I walked past, it was completely filled with families building together. Session tickets were offered at the beginning of the day, with 30 minute slots from 9am to 4pm, for up to 60 people—and most of them were booked out very quickly.

There was also a very open-air workshop offered with special guests like Yusuke Kozaki, character designer known for a range of art including Pokemon Go. Anyone could join in, at a table or on the floor, and learn to sketch and design with a pro. Even with a translator by his side, he was interacting with the other artists and encouraging plenty of discussion about his work.

This is definitely the part I was most impressed with. There was so much to DO at SMASH! It wasn’t like many other pop-culture geeky conventions where you are essentially walking around looking at merchandise all day long. (Or if you’re really lucky, you can break up the footstep-counter with a special movie/TV preview!)

Instead, SMASH! had so many “stations” where you can physically do something or learn more about anime/manga. Every single place was managed by a volunteer who was genuinely happy to be there.

I will be upfront and honest with you: This was totally and absolutely about anime and manga. There was very little cross-over with any other genre. This is fantastic in itself; it allows a popular community to focus more on its own interests rather than feeling like it is casting a wide net to catch whatever geeky-dollars are floating around out there.

The positive side about this is the genuine nature of what is presented to the fans. There is an authenticity at SMASH! that was missing at previous conventions we have attended, like Supanova and Oz Comic-Con. You would see it in the Artists’ Alley, with artwork that had far more detail than the previous fan-art seen. There were some beautiful variations to manga and interpretations I had not considered in my fan-mashups. I still remember one simply stunning monochromatic picture of the bus-stop scene from My Neighbour Totoro, but instead of rain, they were standing in a cherry blossom viewing. All pinks, whites, and reds. I was unable to take a photo of it and am kicking myself for not buying it. It’s that type of intricate detail that is both true to the nature of the convention and more likely to be missed or overlooked by mainstream attendees.

On the down side, the niche target age-group for this event is teenagers and above. There is plenty on offer to appeal to families with younger kids—so much that I would still recommend it to families looking to expand their geeky interests.

However, at the risk of being told I “don’t get anime/manga,” there is also a lot that is not appropriate for young kids. E.g., there is a LOT of fan-art with anatomically incorrect, heavily endowed, scantily-clad women. Do not think you are going to find much in the way of gender equality. It’s just not the style of anime and manga. There is plenty of room for risqué and adventurous interpretations (believe me when I say I saw my fill of Keith/Shiro as lovers. Loved it for the first aisle, totally over it by the third). I just wasn’t prepared for the quantity of M-cups in the artwork. Still loved seeing the art and fandom; just wasn’t prepared. And that’s okay too.

A special mention needs to be made for cosplay at a convention for anime/manga. As mentioned above, not everything about anime/manga is family-friendly. There are quite a few cosplay outfits where I greatly admire the courage it takes to wear that (especially in winter).

On the other hand, I was blown-away by the detail and thought put into the design for cosplay within this genre. We’re talking some very fine detailing in embroidery, or gold-plating headpieces, multi-layers of petty-coats. And the wigs alone! I really should have attended that wig workshop.

Below is a slideshow of all the cosplay artists we saw at SMASH! Clearly, EG Dad is a far better photographer than I am. A full album of photos is also available on the GeekMom Facebook page. A big thank you to all the cosplayers who stopped to have their photo taken and chat with us about their outfits.

Will We Return to SMASH! Next Year?

This is always the key question, isn’t it?

Next year (2018), the event is moving to the new Sydney International Convention Centre, located at Darling Harbour. It just seems to be getting bigger and bigger every year. And while I am still not the biggest anime/manga fan, I am definitely interested in attending next year.

I think I need to be better prepared, though. I really can’t expect the workshops and activity areas to do all the work in garnering my interests. So, I’ve picked up my Princess Jellyfish, the spawnlings are looking at some more Gundam builds, and EG Dad is looking at a few more computer games.

EG Mum and her family attended SMASH! with a media pass, allowing the same access to all events as allowed with general admission. Thank you to the public relations team for providing the Media Pass and all information leading up to the event. You were fantastic!

The Art of The Secret World Of Arrietty: Book Review 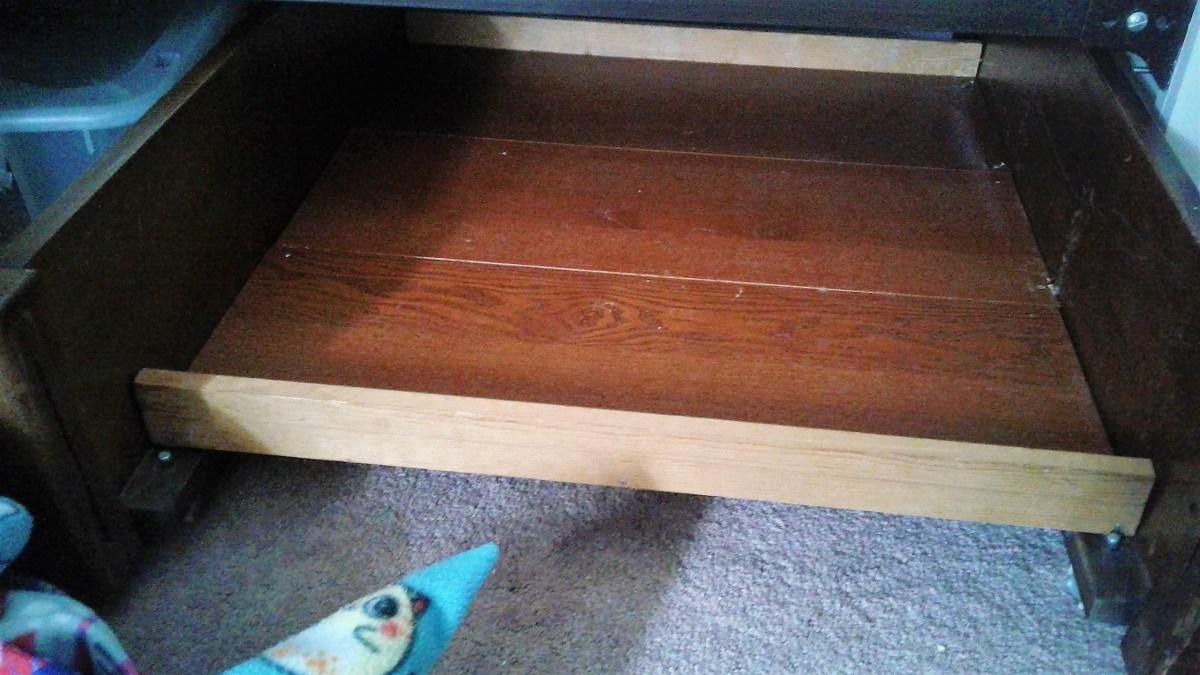 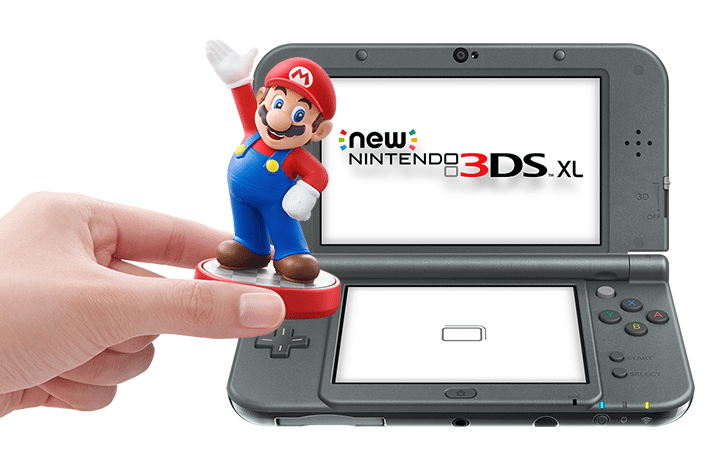