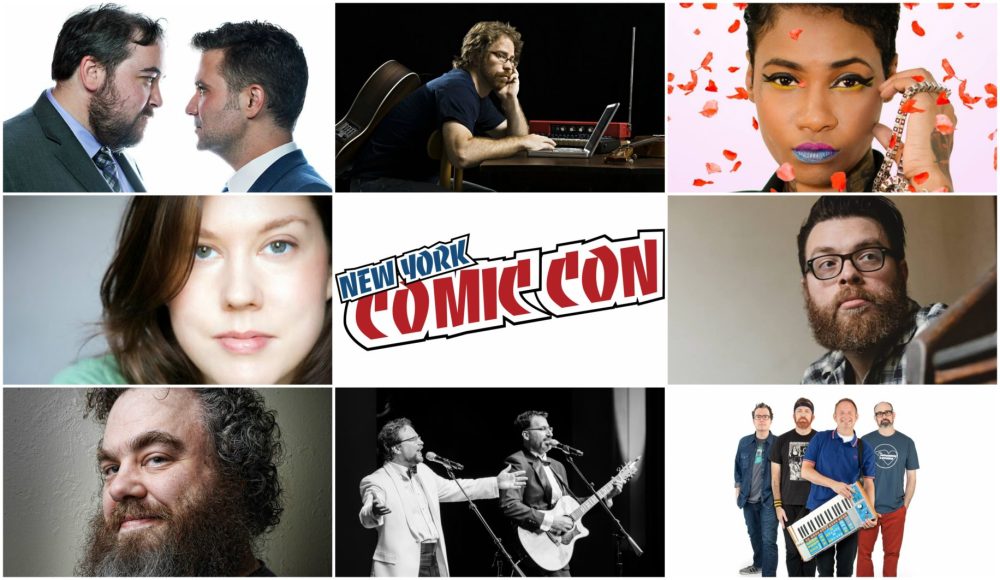 We’re now less than a week out from this year’s New York Comic Con: the east coast’s (and by some accounts, the country’s) biggest convention of the year. If you managed to score tickets months ago when they went on sale, cool! We’ll see you there. If you don’t yet have tickets (and want to go), there are still a limited number of Thursday tickets available. But I wouldn’t wait much longer.

With a show of this size, everyone needs a plan of attack. There are an overwhelming number of panels, in-booth events, signings, off-site events, and invite-only parties. So what’s on your to-do list?

If you haven’t made a list yet or are open to some substitutions, allow me to make a few suggestions. I’m willing to bet these events are cooler than whatever you’ve got on your list anyway.

It’s no secret that we here at GeekDad HQ are big fans of Jonathan Coulton, Paul & Storm, and their annual JoCo Cruise. (Tickets on sale now for the 2018 sailing!) So it’s with much excitement that we’re announcing that a number of JoCo Cruise regulars will be at NYCC in some capacity.

Whether you’re looking to laugh, cry, or just go “hmm,” there’s something here for you: concerts, panels, signings, podcasts, performances and Muppets!

We Got This with Mark and Hal – a Special Kids Edition

We Got This with Mark and Hal – Live!

Cameron Esposito and Rhea Butcher Back to Back – Live on Tour

We Got This with Mark and Hal – Live!