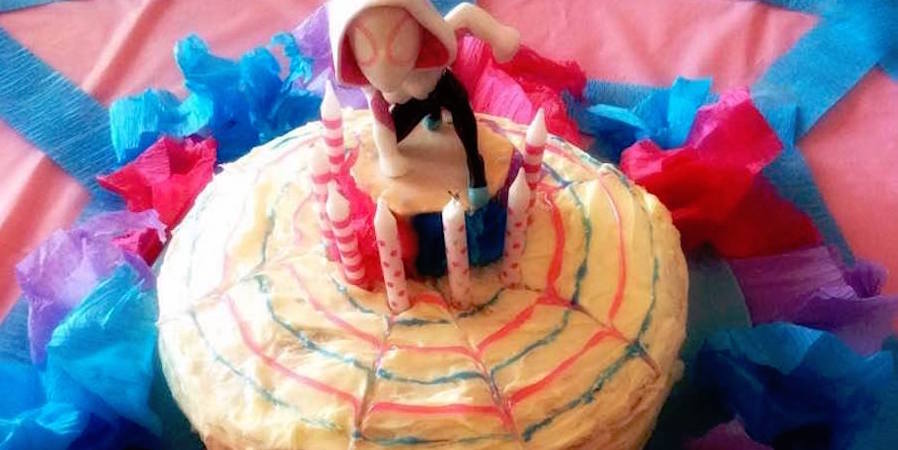 My latest cake adventure, which was actually successful.

My daughter’s 8th birthday fell on the week pretty much every other end-of-summer family, work, and back-to-school obligation hit us. She told us she was perfectly happy with a simple family movie night and dinner, but asked for only one special thing to celebrate: a Spider-Gwen cake.

Cake decorating is one area in which I often creatively fall flat (much like some of the cakes I bake). Plus, I knew I would have about a one-hour time frame in which I could turn a plain, round, cake into special magenta-and-blue spidery fun.

With my cake-focused spider senses tingling, I purchased a little die-cast figure for top the cake. However, I wanted to put a little more heart into it. As a result, I came up with a simple idea I could do in less than an hour, while my daughter was away at a dance lesson.

This time, it actually turned out okay.

Step One: The Webby Icing

I used a simple web design by mimicking what I have seen cake decorators, candy makers, and even adept baristas do for some time, one I like to call the “spiral and toothpick method.”

Start with a plain white round cake. I made mine, but plain supermarket bakery cakes have nice flat surfaces if you’re really in a time crunch. Using a small tube of decorating gel, draw a spiral in magenta or pink, starting from the center of the cake and working towards the outer edge. In between the lines, draw a second spiral in turquoise or light blue. This exact method can be used for a Spider-Man cake, by simply switching the colors to red and darker blue.

Finally, drag a toothpick from the center of the cake outward to make a web-like pattern. Do this about six to eight times around the cake, staring from the center each time.

I added a little extra design to the table, inspired by the web pattern on the inside of Gwen’s hoodie. That way, it wouldn’t just look like a little round cake in the middle of blank table. Plus, it gives the recipient more to look at if the cake doesn’t turn out to well (always a possibility my world).

I started with a solid pink table cloth, and used a roll of turquoise streamers for the web.

First, lay one streamer down the length of the table and tear it off, leaving a little extra to hang off both ends. Lay a second down perpendicular to the first, then two more in the center of each of those. It should result in eight sections. Secure each piece down around the edge with some clear tape.

Make a “web” by taking one streamer close to the outer edge of the table, and tape an end down on one of the sections. Gently unroll the streamer towards the next section. Bend it a little as you cross each section of streamer, so it remains an even circle all the way around. Make sure to secure the stream on each section with tape. Once you’ve gone all around the table, tear off the streamer, and secure the end.

Repeat this process a little closer towards the middle. Depending on the size of the table, you should only have to do this step two or three times.

Streamers are made to rip easily, so don’t tug too hard when making the pattern.

It worked great for me, since I have a round table, but I also did it on a square table (like a card or pub table) and it works fine, as well. This streamer web also looks good on a wall for inexpensive Halloween party decorations (hint).

It wouldn’t seem any special instructions are needed when placing a figure on a cake, but I want to share one thing I have learned from using figures not made for the sole purpose cake decorating. That is, not every figure has a tidy little base that can be placed neatly on a cake.

Action figures and other little statuettes can be heavy, irregularly shaped, and wobbly, which means they can fall over easily or sink into the cake with their bony little body appendages. This was the case with the little die-cast figure I used.

The solution is to create a little round base to place it on. I did this by placing three thick drinking straws in the center of the cake, cutting the top off about a half inch above the top of the cake, and placing a piece of cardboard on top for a more solid surface. I used some little wadded streamer bits around the edge of the cake and cardboard stand to hide the straws. You can also place the cardboard directly on the cake, as well.

Remember to place the cake in the center of the tablecloth web and add any candles before adding the figure. This way, it remains steady.

Also, if you put the candles near the figure, angle them outward slightly so they don’t damage the it. I’m speaking from experience here, and my older daughter has one slightly charred Tenth Doctor figure to prove it.

I learned a long time ago that less is more when you’re trying to surprise someone with a homemade cake, but sometimes it’s the little extras that make all the difference.

Sure, the finished project looks a little smooshy and asymmetrical next to a professionally designed cake, but if it fills the simple request of a superhero-crazy kid, your friendly neighborhood Spider-Man—or  Spider-Gwen—cake will do the trick. 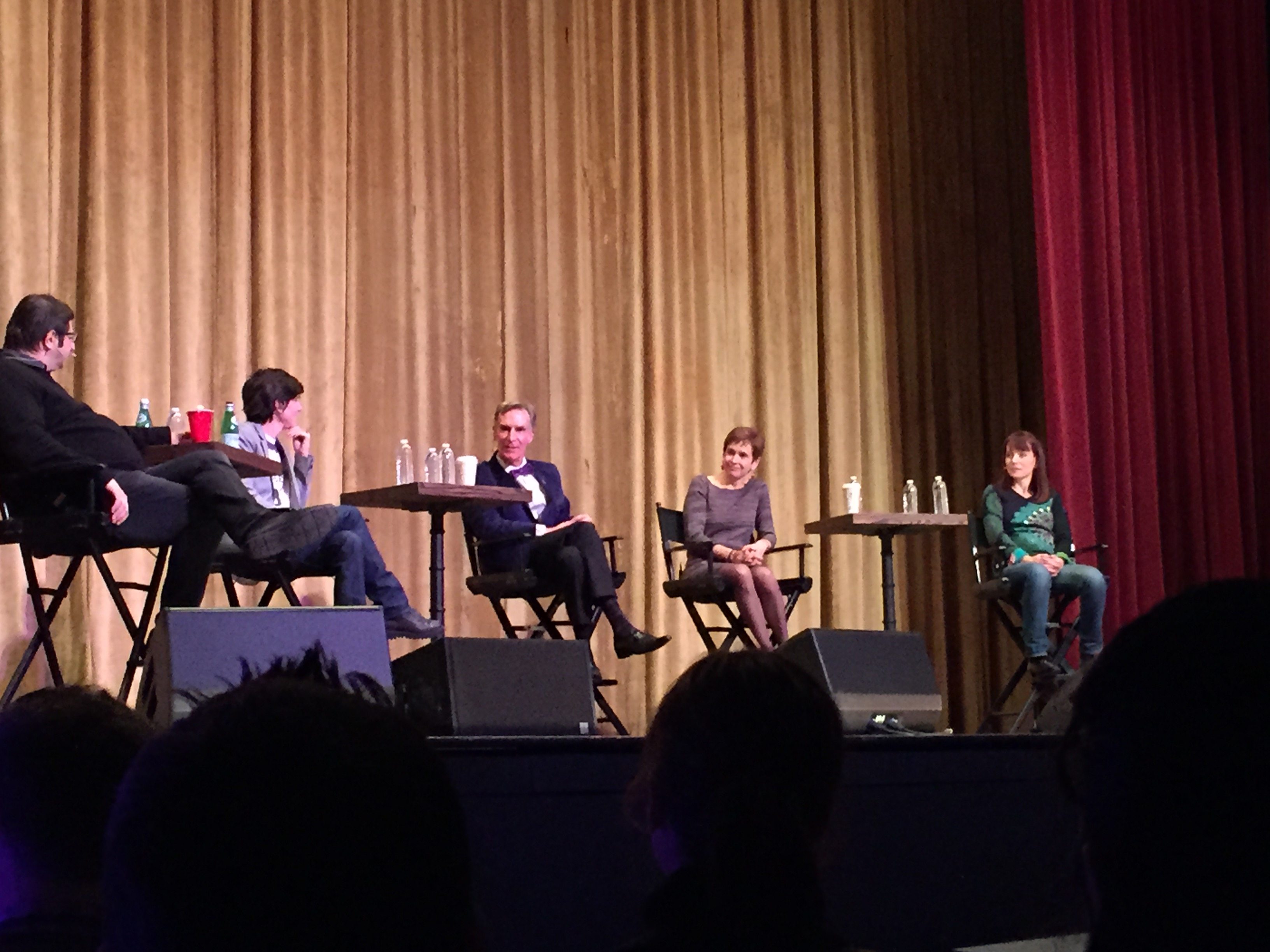 Discussing the Journey to Mars with StarTalk Live!

GeekMom: On the Third Day of Christmas We Played Three New Games