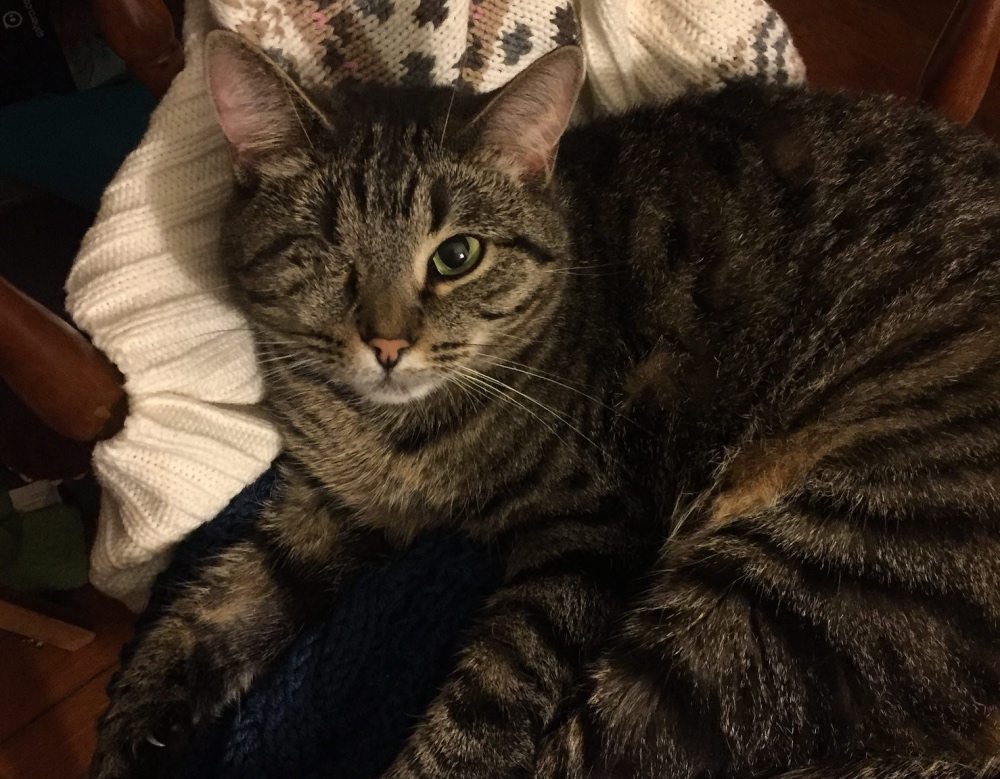 Madison was born feral. She was found, along with a brother and sister, when she was about three months old. She was vaccinated and spayed and, because she was still a kitten, given to a foster family to await adoption. Her siblings were adopted quickly, but Madison was shy, too wary of people to be picked up, and then, a month and a half after she was found, she had surgery to remove her right eye. It was infected, likely since birth, and the discomfort probably contributed to her fears. But now Madison was not only a scaredy cat, she was damaged. She was marked “special needs” on the adoption site, and stayed there for more than six months.

But when my daughter saw her picture she knew immediately: Madison was meant to be our cat.

It took more than a month to get Madison home. She hid when we went to meet her and the woman fostering her couldn’t begin to get her into a carrier. We eventually had to call in a veterinary assistant to help catch and contain her. And it took another month to acclimate her to our home.

First, we set up a large crate in my daughter’s room so she would be separated from the other cats in the house. Inside we placed a litter box, food, and water, and we covered the whole thing in a sheet. Madison barely moved the first few days, choosing instead to curl up into a ball in the corner–or once, memorably, inside her litter box, because the small space felt most safe. We removed the sheet after two weeks, and eventually left the door open. Slowly but surely, Madison started to come out of her shell.

It took about six weeks before we opened the whole house up to Madison, and much longer before she started to feel comfortable in it, and with us. We have three other cats and they fight over who gets to sit on our laps, or sleep in our beds, but Madison still does neither. She won’t allow me to pick her up. She jumps, and often runs, when approached. She hides from company. She’s still a scaredy cat.

But she is also incredibly affectionate, absolutely the sweetest cat, with the loudest purr you’ve ever heard. She loves to be pet and scratched–so much that when I stop and walk away, she follows, and knocks my leg with her paw as if to say “Hey! I wasn’t done with you.” She’ll sit side by side with other cats, and even play with them. She loves to play! No rubber band or hair tie is safe around Madison.

Feral cats are a problem in communities across the United States, mainly threatening wildlife and vegetation and in some cases spreading disease and being a general nuisance. Cats reproduce rapidly and overpopulation is an increasing concern. For these reasons the Human Society and like organizations advocate for Trap-Neuter-Release programs. Many feral cats, adults who’ve lived their whole lives outside, cannot be transitioned to life as a pet. But strays (cats who were pets released into the wild by their previous owners) and younger cats born feral, like Madison, just take a little extra effort and time. It was worth it for me, my daughters, and our cat family.

A Few Words About ‘Snippets’ 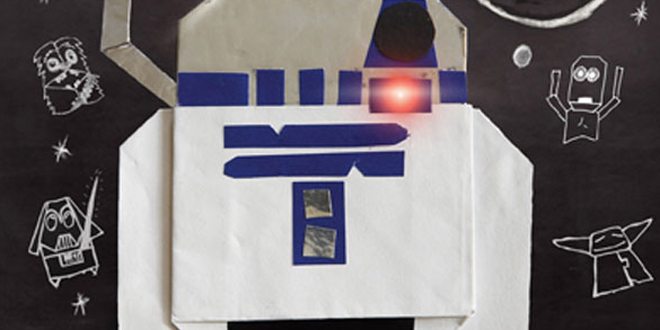 Was it Book Expo or Star Wars Expo?