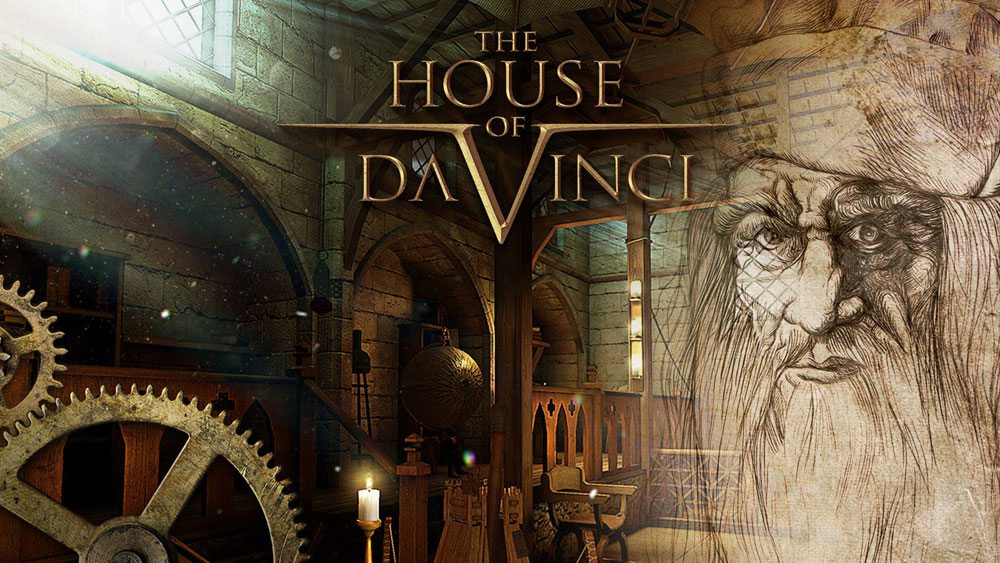 You are one of Leonardo da Vinci’s students—but the master has vanished, leaving you cryptic instructions about important work and hidden passages. Can you master the puzzles and inventions, or will you get lost in The House of Da Vinci?* 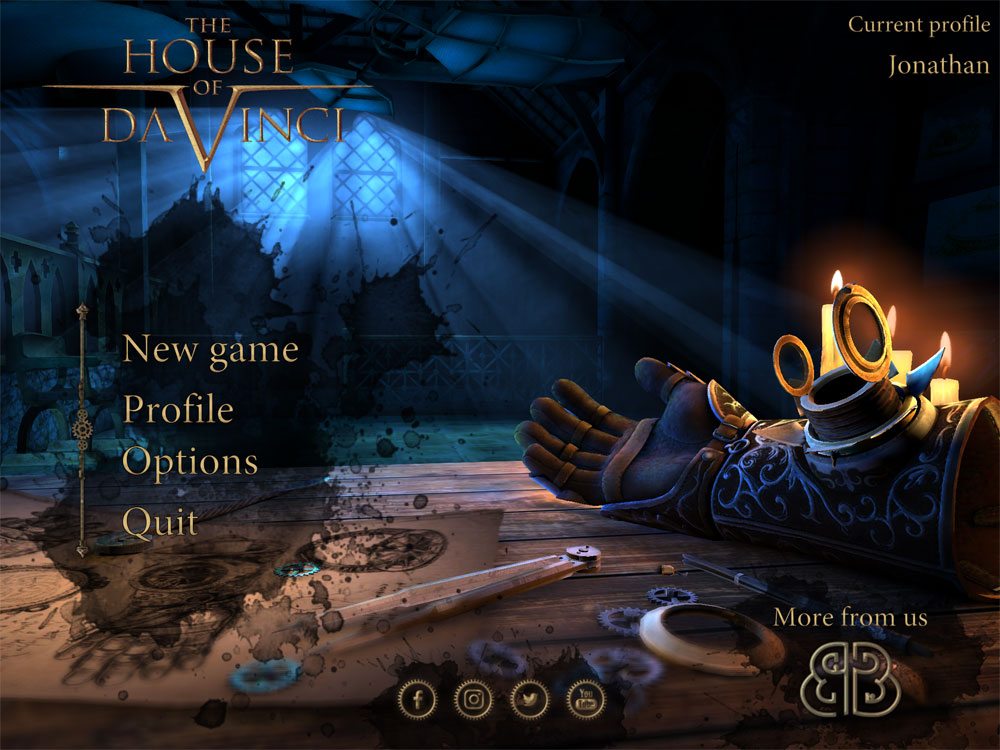 The House of Da Vinci is a puzzle adventure by Blue Brain Games. It was funded through Kickstarter in August 2016, and was released last month on iOS for $4.99; it will be coming soon to Android, Steam, and Amazon Kindle. I was given early access to try out the game, and really enjoyed it. Here’s an introduction. 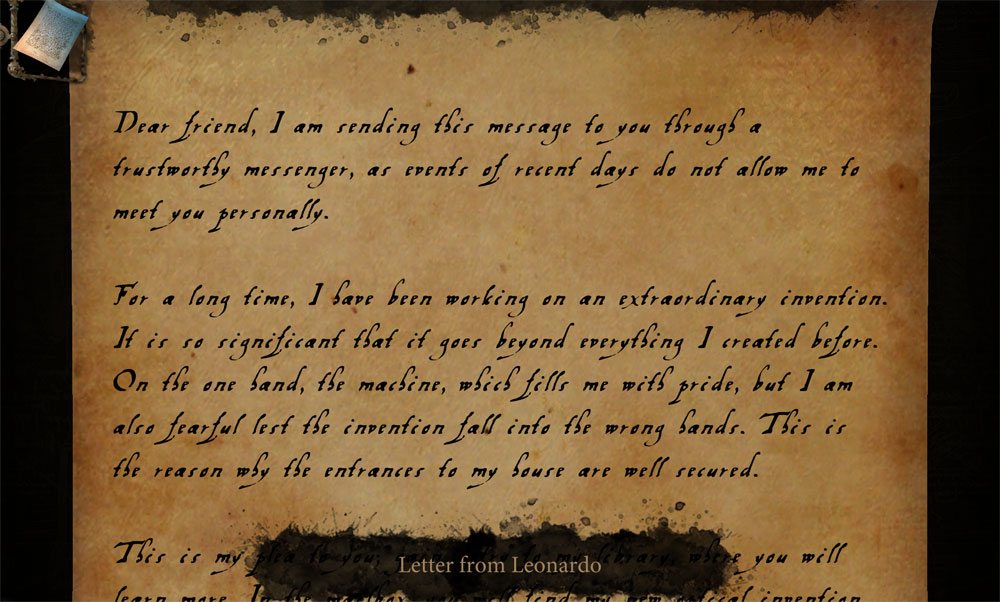 As the game begins, you find yourself standing outside da Vinci’s door, when you witness a green explosion in a high tower, and a figure escaping on some sort of hang glider contraption. Da Vinci has left you a message: you’ll have to figure out how to unlock the door, but then you’ll gain access to his library. 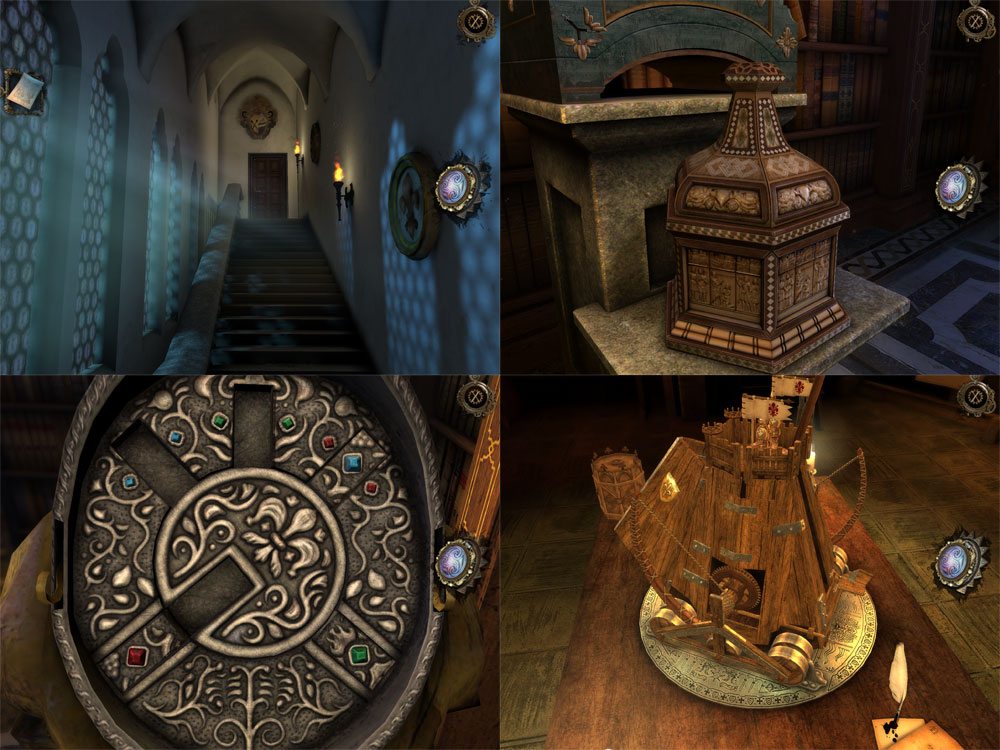 The game is filled with puzzles, from fairly simple to the devilishly complex, and some of them involve actual inventions that da Vinci created. It reminds me a bit of The Room series, though without the pervasive creepy feeling and not quite as long. There are some mysterious figures who are following you around in The House of Da Vinci (and you’ll learn more about who they are as you progress through the game) but in general there aren’t any jump scares. 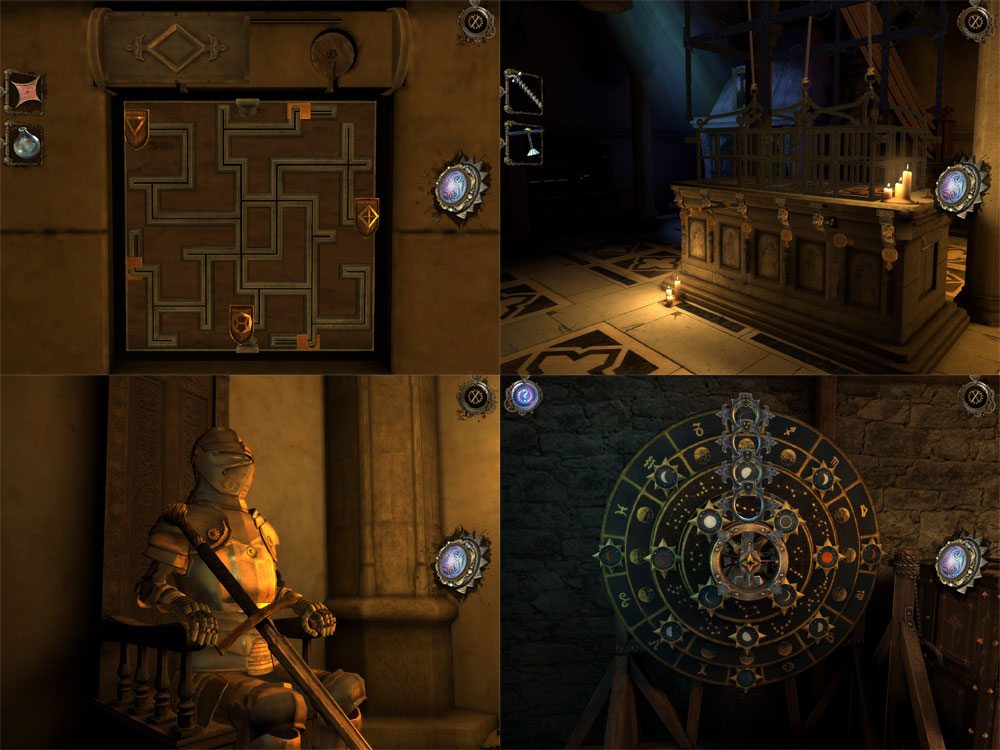 During the game, you’ll gain access to two inventions that aren’t based in reality: special lenses that let you see the unseen. One will reveal hidden markings or let you see (and access) the inner workings of certain machines; the other lets you see into the past, often revealing hints about how to use a device. I haven’t included screenshots of those, though, because I don’t want to give spoilers about when and where you should use them.

Here’s the Kickstarter trailer for the game, which does show one of the lenses at work:

I played through the entire game in just under 4 hours (there’s a handy timer that displays when you finish); it’s not a long game, but I did enjoy a lot of the puzzles. There’s a hint system if you get stuck—the hint will slowly recharge every time you use it, and sometimes you’ll get multiple hints about the same puzzle until you get past it.

The app also allows for multiple profiles, so my two older daughters (ages 13 and 10) and I could each play through at our own pace, and both of them have been enjoying it as well. They both liked watching me play The Room but there were parts that they just found too eerie; that hasn’t been the case with The House of Da Vinci.

I’d recommend The House of Da Vinci for those who like puzzle adventures, particularly if you’re a fan of da Vinci’s many inventions.

Visit the official website for more, and to be notified when the game arrives on other platforms.

*Yes, I know “da” should be lowercase, but the app’s title has it capitalized, so that’s how it appears in this article.