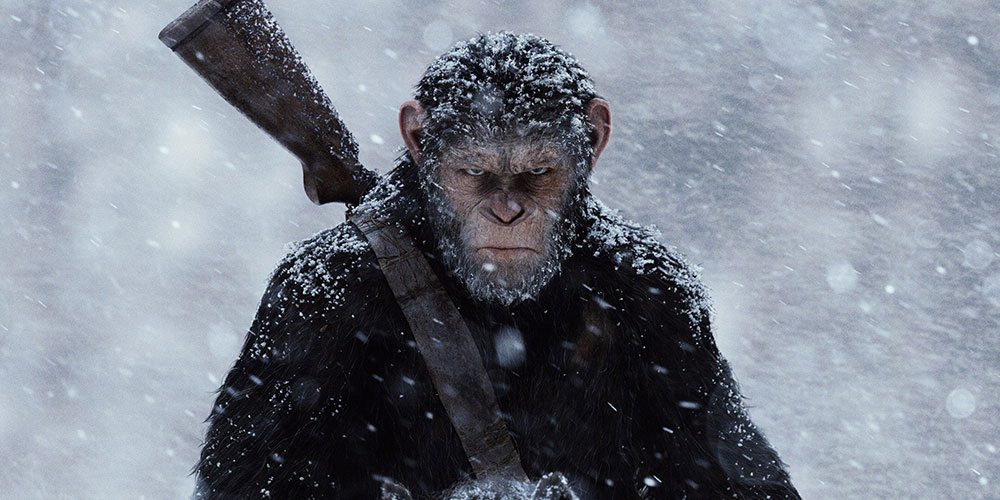 The latest installment in the reboot of the classic man versus ape franchise is in theaters. Can you take the kids? Read on to find out.

The first film in this new franchise explained where the apes came from, the second set the stage for the conflict between man and ape, and this one is the payoff. The title really says it all.

2. Do I need to have seen the first two films in order to understand this one?

Yes. As has become standard in these movies, there are all new human characters, but the main ape characters carry over from the prior movies, and they also carry over the conflicts between them. There’s a lot of discussion amongst the apes of the events and characters from the last film in particular that will not make any sense to someone who has not see it. But the good news is that the first two films are quite good, so it’s worth sitting down to watch them anyway.

The movie is rated PG-13 for “sequences of sci-fi violence and action, thematic elements, and some disturbing images.”

It’s a war movie about mankind fighting super intelligent apes, so the “sci-fi violence and action” is no surprise. That said, there was actually a lot less of that than I expected or that the trailers implied. There are really only two big battles, one at the beginning of the movie and one at the end. So it isn’t sustained violence, but there’s still a lot of killing.

I have a pretty good guess as to what thematic elements and disturbing images the MPAA was talking about, but I can’t discuss them and avoid pretty major spoilers. I can say that there are several things that happen in the movie that might keep kids up at night.

Younger kids might have a tough time with this one. For starters, see above–there are events in this movie that you might not be prepared to have discussions about with your young kids. But more than that, it’s long, clocking in at 2 hours 20 minutes, and, as I said above, it’s not nearly as action-packed as I thought it would be. The majority of the movie revolves around a small group of the apes on a quest of sorts, and they spend quite a bit of time talking. I didn’t find it boring at all, but younger audiences likely will.

Older kids, on the other hand, shouldn’t have a problem with it, though. My 11-year-old is very excited to see it, and I’ll definitely be taking him when he gets back from his visit to his grandparents.

It’s a much darker movie than the prior two entries in the series, so if you have doubts, either leave the kids at home altogether or at least go see it yourself first.

Fans of the franchise who have been waiting for this payoff won’t be disappointed. Nor will, surprisingly, fans of the original 1960s and 1970s films. Again, I don’t want to give anything away, but there are several call-outs to the classic films in here that definitely made me smile.

It’s a lot more thoughtful movie than I was expecting. I went in thinking I was going to get a non-stop action movie with lots and lots of fighting, and I was pleasantly surprised to find that they gave us a much more philosophical, thoughtful movie in the end.

In a word: incredible. The apes are so amazingly lifelike you’re able to quickly forget that you’re watching computer animation and just lose yourself in their world. They also do a great job making sure we’re always able to tell the apes apart from one another, which is no small feat in and of itself.

7. How are the rest of the visuals?

The first movie firmly established that it takes place in San Francisco. The second movie likewise made it clear that it was supposed to take place in Marin County, just across the bay. As someone who lived in that area for close to a decade, that second one was a bit harder to swallow, but the scenery was just close enough to Marin that I could live with it.

This movie establishes that it takes place in California, and presumably still Northern California. But all pretense of making it look like the area I still live in has been abandoned. As with the last film, they replace the redwood forest of Marin County with a much, much more lush rainforest of British Columbia. Later, the action shifts to a mountain scene. Again, we’re supposed to believe it’s the Sierra Nevadas, but those pale in comparison to the BC mountains they shot the movie in.

Which is all to say: the movie is gorgeous. It’s worth seeing in the theaters just for the scenery.

At almost exactly the halfway point, there’s a scene where some of the apes’ gear gets stolen. This leads to a brief chase scene, and as soon as the thief’s identity is revealed, you can go. What follows is a fairly long scene where we learn more about the thief and something about what’s going on in the world. It’s a well-done bit in the movie that provides some character development and helps to explain what’s to follow, but you’ll be able to figure all that out if you miss part of it.

I saw it in 2D because I remain convinced that 3D is pretty much never worth it. Some of the mountain and forest vistas might be marginally cooler in 3D, but not so much cooler as to be worth the cost. Also, this is a movie that does have a fair amount of fast-paced action, and it’s overall pretty dark, which are both things that tend not to translate well into 3D.

That said, I would say that larger format, like Century Theater’s XD, is worth it, both because it allows you to marvel a bit more at the effects work, and also get more out of the spectacular scenery.

10. Anything after the credits?

No. Once they fade to black, you can go.

A Start Up Trek – Resource Management

Scott Pilgrim vs. The Matrix Trailer Mashup Is Full Of Win 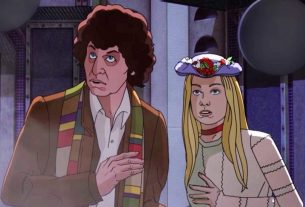