In this month’s Comic Book Corner, Beth meets Tank Girl for the very first time and hangs out with a grim reaper who may not look how you expect, Shiri checks out the latest from the Marvel and Star Wars comic universes plus Image’s new political thriller/fairy tale series Black Cloud, while Sophie meets the residents of Misfit City. Have a great summer!

You don’t have to be deeply familiar with Tank Girl to enjoy this new series, but it does help. Beth dove into this 20th century Tank Girl with nothing but an abiding love of the cheesy movie version, and she quickly realized this NC-17 comic was twisted, funny and fast-paced. Tank Girl shows up naked in the middle of a World War II battle and quickly slays enough Germans to cobble together an outfit. Her goal is the King Tiger tank in the city square, and she demands a few good men from the British Captain. Turns out, even with the Captain himself backing her up, the best man for the job is Tank Girl.

Beth’s favorite part was when Tank Girl and her troops scream strange threats at the Germans as they attack, like “Give us your soft furnishings!” and “I’m gonna kick the living (bleep) out of your history teacher!” Two more characters appear naked in their own side plots: Booga, a kangaroo-man who has to cook lunch for two dozen Nazis on the fly; and Barney, who jumps out of a plane with no clothes, no parachute, and no fear.

The whole issue has incredible art and a vintage war comic feel to it, which adds to the weird kitsch factor. All in all, this is the series that finally piqued Beth enough to discover Tank Girl comics, so she’ll be keeping up with the gang’s exploits.

Becka has a crush on her cute Goth classmate, Kim, and finally, works up the courage to ask Kim out after Art History class. Instead of scoring a date, she ends up falling through a portal in the hallway and following Kim on her next assignment: reaping the soul of Ched the cat. Since Kim is a reaper-in-training, she’s only allowed to take animal souls and guide them to the other side. Chaos ensues when Ched’s muscle-bound owner comes home, and throws Kim out a window for trying to take Ched to a better place. Until they can come up with a plan, they end up going on their first date after all, taking portals to an amusement park and to a haunted ship at the bottom of the sea, where ghouls attack. They survive that and even manage to complete Kim’s assignment, but Kim also reaps the soul of the crazy cat dude and lands in big trouble with her grim bosses at the end of issue two.

Despite Beth’s initial concerns, the reaping and deathly situations aren’t played out as ghoulish. The art is dynamic, and anyone who’s had headaches with their first job or first adult crush will get a kick out of the storyline. It’s a sweet comic about relationships, full of silly, awkward fun.

Image certainly isn’t wasting the occasion of their 25th anniversary. They’ve announced a ton of new books in the last couple of months and Black Cloud is definitely at the head of the pack. Part political thriller, part fairy tale, the writing is spectacular, the art is incredible, and the bright color palette contrasts gorgeously with the grimdark undertones of the story.

Shiri is 100% captivated by Black Cloud and by its morally questionable protagonist, Zelda. In this issue, readers get a glimpse of Zelda’s past and the scope of what her powers once were, which left Shiri holding her breath for issue #3. A pretty much perfect incarnation of “urban fantasy,” Shiri highly recommends this one for fans of comics in general and as a gateway book for those who want to expand beyond prose in the genre.

Marvel may be having its issues lately but their Star Wars books as a collective continue to be solid entries into the new canon.

This current arc, subtitled The Screaming Citadel, began with issue #30 (which Shiri is somehow missing from her stack. Must talk to shop about that) and has Luke partnered with Doctor Aphra (previous appearances: Darth Vader and Doctor Aphra) which cannot bode well for the erstwhile farm boy even if Aphra isn’t actually the complete villain who partnered with a certain Sith Lord not all that long ago. Also, explosions, giant bugs, and more, the outstanding and always hilariously snarky Sana-Leia-Han triad; watching those two ladies become friends, much to the consternation of the scruffy-looking nerf herder, has been an absolute joy and Shiri really can’t get enough of it.

While photo-realism isn’t something Shiri often seeks out in comics, the visuals in this issue are absolutely stunning. It appears this arc will cross over with Doctor Aphra, which is also a lot of fun, so readers may want to grab that one as well.

Issue 14 is actually the April issue of Poe Dameron but Shiri is a bit behind. In it, there is a funeral. Though Star Wars fans are no strangers to death, character stories typically end at the moment of death and we don’t often see the fallout and the ways in which it affects those left behind (even Han’s death happened, was horribly sad, showed Leia’s reaction, and then the story moved on). Poe #14 is even more poignant for having been released just after Carrie Fisher’s death, with Soule having done some rewrites as a memorial for the fallen general that are sad and lovely and perfect. Readers also see, for the first time, a Poe Dameron who is uncertain and completely without swagger, adding depth and nuance to the character of everyone’s favorite Resistance X-Wing pilot.

While Shiri will admit the first arc of Poe’s solo book was somewhat unfocused and a bit low-energy, this second arc has been stellar and she recommends it highly.

GeekMom/Dad readers may already have seen the Black Bolt love Shiri has been sending out but she’s sending it out again for those who may have missed it or who need the reminder.

This is the Inhuman king’s first solo book, believe it or not, and it could not be in better hands than Ahmed and Wards’. In it, Black Bolt wakes to find himself alone in a horrific prison with no idea how he got there or why he’s been incarcerated. Attacked and tortured, he seeks answers and, in the final panels, does something he hasn’t done since he was a child: use his voice to tell his story. Right in the feels, Black Bolt fans. Go grab it.

Sophie has to admit it was the cover that drew her into reading Misfit City #1, that and the email she received from Titan introducing her to the characters, all of whom felt like they could be friends with the Lumberjanes in a few years time. Misfit City stars a group of young women who live in the small town of Cannon Cove on the Oregon Coast. Wilder works at the local coffee shop but dreams of activism while she asks patrons to sign her petitions, Karma works alongside her when she’s not reading auras, Dot spends her time shucking oysters between inhaling books, and Macy is the singer in a band when she’s not giving guided tours of the local museum/tourist trap. You see, Cannon Cove is famous for its forests, oysters, and pirate legends, but mostly for being the filming location for a beloved kids movie – one that isn’t in any way inspired by The Goonies…

Issue one sees the local museum receiving an inheritance from local character Captain Denby, “the guy with the parrots”, in the form of a large box – a box that his two children are angry to discover has not been left to them in his will. Later that evening while the girls hang out playing poker at the museum, they decide to investigate the box and discover it contains relics from the Captain’s life.. and a hidden map. Wilder is all for following the map, lecturing the others on how for all their complaining about how “pointless” their lives are, they are now willing to ignore the one chance they may ever have of going on a true, Famous Five style adventure. The others, however, are unconvinced by her spiel and head home. Even later that same night, Macy is called out to check on the museum when the alarms are triggered – only to be attacked by an unseen assailant who steals the box while she is unconscious. Thankfully, she still had the map in her pocket and, having already been literally knocked into this new venture, she agrees with Wilder’s suggestion to “let the adventure begin.”

This is a great first issue with characters who manage to feel well-rounded and interesting after only one issue. Sophie is excited to learn more about all four girls (and Pippin the dog) but particularly Dot and Karma who received the least page time in this debut. She thinks this book will appeal to anyone who enjoys Lumberjanes or who grew up watching classic kids adventure movies and she is already looking forward to issue two. 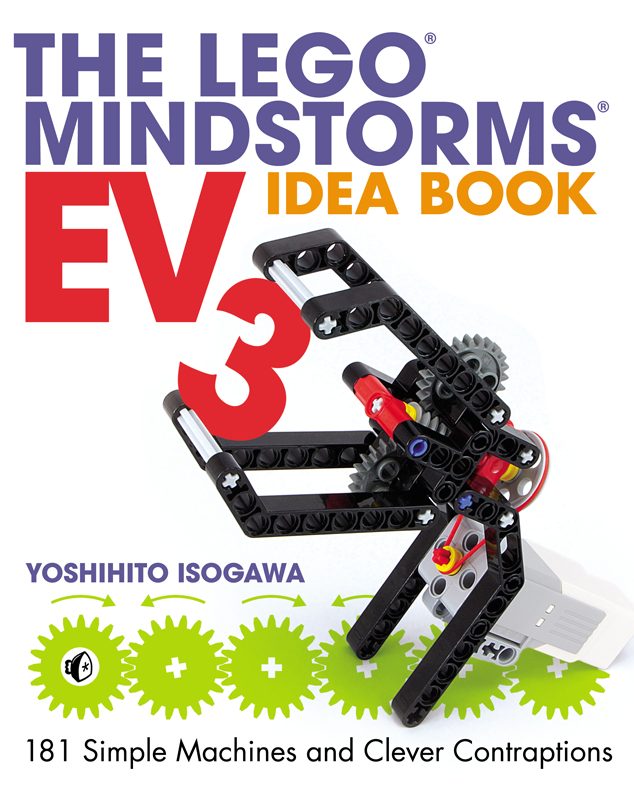 Be Inspired With The Lego Mindstorms EV3 Idea Book! 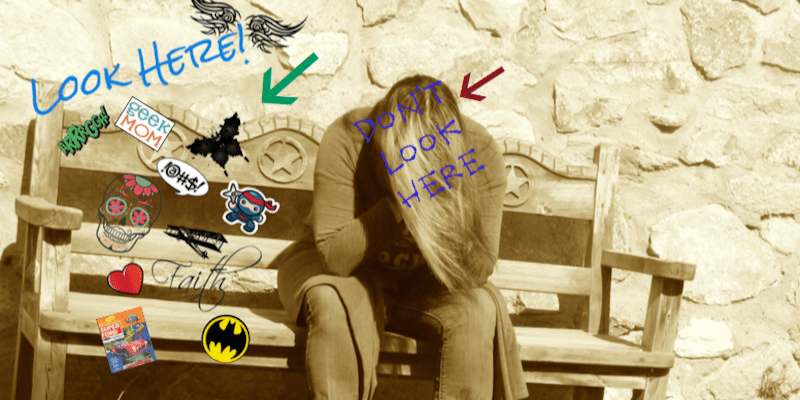 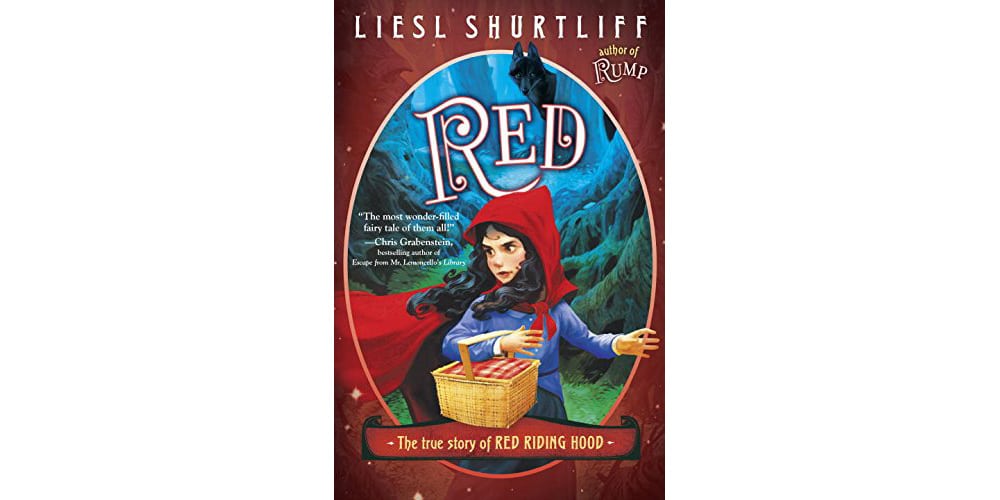