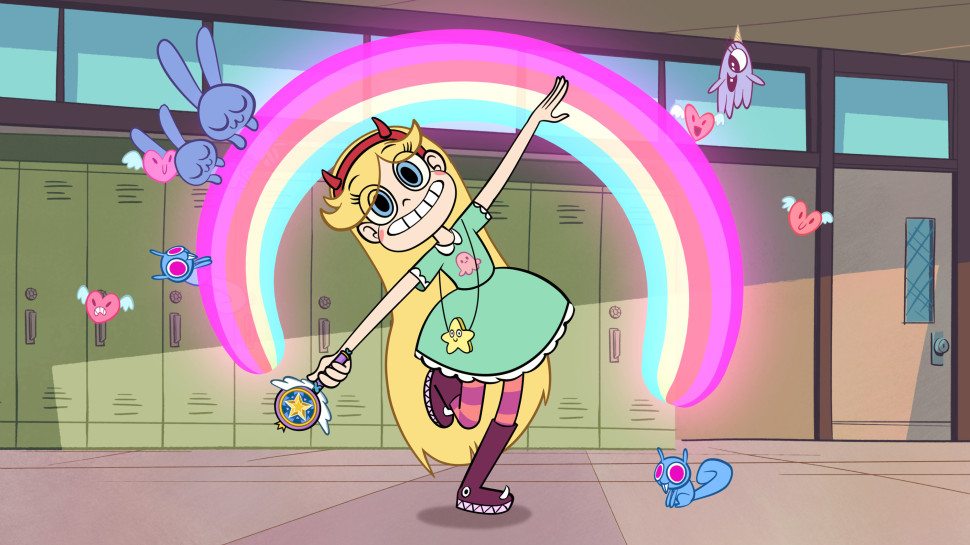 Nina (ninapedia) is a “Professional Magical Girl Enthusiast” who maintains a blog, runs a charity zine, and gives presentations such as the “Magical Girls from Around the World!” panel I attended at Anime Boston.

Anika: How do you define a ‘magical girl’ story?

Nina: I actually preface all my panels with this because it’s something I don’t think has a clear definition. Wikipedia and TV Tropes are too vague, something along the lines of “a story about a girl who can use magic,” and other sources tend to rely heavily on taking tropes from modern Magical Girl shows and completely ignore the “grandmothers” of the genre. So I came up with the following definition:

Anika: I always think of Sailor Moon as the quintessential magical girl, but the genre has actually been around along much longer–who were the first magical girls?

Nina: The very first magical girl depends on who you’re asking! The lady who jump started the genre was Sally the Witch--but she was inspired by Bewitched which was inspired by an even earlier film called I Married a Witch. But Sally was the first popular animated magical girl. [There’s also] Himitsu no Akko-chan who existed about four or so years before her as a manga and Princess Knight who existed a full ten years before either as a manga.

Sabrina the Teenage Witch–the west’s first animated magical girl–also existed as a comic book character before Sally ever made it on the small screen. Early magical girls are usually described using the term “Majokko” which loosely translates to “Little Witch” and created the earliest subgenre of the same name; these focussed mostly on girls that magic was “mundane” to, it was part of their day to day lives and not some strange power bestowed upon them by a taking cute animal. “Magical Idol” introduced a wave of girls who used their magical girl powers for their careers. Things like Magical Emi and Creamy Mami showed girls turning into women trying to have careers, which is just so cool for me! And even before Sailor Moon introduced the popularity of the “Magical Warrior” sub-genre, Cutie Honey and Princess Knight opened the doors for her. Basically, the early magical girl genre was very different before Sailor Moon introduced a bunch of tropes from the Henshin Hero and Super Sentai genres.

Anika: I’m fascinated by the cultural exchange you described in your panel at Anime Boston. What are some examples of this back and forth?

Nina: I just described one of my favourite; the magical girl genre wouldn’t be here if it wasn’t for cultural exchange! The lady that launched it’s popularity (Sally the Witch) was directly inspired by the American sitcom Bewitched. The only difference is, while the sitcom was aimed at adults and families in the west, it became INCREDIBLY popular with elementary aged girls in Japan. So they took the premise–a witch who causes mischief with her magic–and aged it down for the target audience. We see that again with the magical idol sub-genre in the ’80s. Jem and the Holograms arrived after the wave of magical idols in Japan (Creamy Mami, Pastel Yumi, etc.). Jem even helped introduce the infamous “Transformation Item/Phrase” trope to U.S. audiences! Toei–the studio that went on to do Sailor Moon–even did most of the key animation for Jem. Not to mention both east and west pretty much turned the genre into 30 minutes adverts for toys. The best thing is that right now we’re seeing cultural exchange on a massive and fast level. We’re watching kids who grew up with anime create shows with heavy influences like Steven Universe and Star vs. the Forces of Evil. We’re seeing Zagtoon–a studio that started in France–work across continents, creating shows like Miraculous Ladybug with input from people from around the globe. H2O Mermaid Adventures is done by an American production company but is based off of Australian source material. And we’re living through all of this right now and it’s so exciting to what this giant global communication happen before our eyes and see how it changes and shapes the genre!

Anika: You call yourself a “professional magical girl enthusiast”–what do you love most about magical girl stories? What are their virtues and why do you want to share them?

Nina: Admittedly, part of why I love magical girls is extremely superficial. I’m pretty hyper femme and who doesn’t love the idea of a bunch of girls in cute outfits taking out a bunch of bad guys? But it definitely goes a lot deeper than that. Like a lot of kids in the ’90s, my first introduction to anime was Sailor Moon, and ever since that moment the genre has resonated with me. Here I was, around 8 or 9 years old, and I was obsessed! This was a group of girls who accepted each other, who would quite literally die for each other, and it struck a chord to see these powerful women from all different walks of life be brought together and conquer their fears and the evil around them. I like the idea of girls–and people in general–being able to fail. I think there’s a lot of pressure in hero media that you always need to be the best you can be at everything or die trying. Either that or spiral into a depressing grim dark version of yourself. But magical girls can make mistakes and still have the sparkles and friendship. A magical girl can completely and utterly fail and still be a magical girl. There’s also that deep feeling of justice, of doing what’s right and helping those around you. There’s a certain power in kindness that I think is lost in a lot of other media. There’s a power in compassion for your fellow humans.

Anika: What are some lesser known magical girls you might recommend?

Nina: Pretear! It’s one of my favourites and it’s not well known at all. It’s actually free to stream on Funamation and she will be featured in my Lesser Known Magical Girl charity zine. Princess Tutu is another one of my favourites that usually glossed over, and I feel like Yuki Yuna is a Hero did Madoka better than Madoka (thought I’m sure someone will fight me on that). I also really adore the Sugar Sugar Rune manga too–the series was good but the manga was better. And if people are really into giving indie things a go Princess Love Pon and The Hues are probably my favourite indie magical girl comics right now.

Anika: Are there any stories our readers should avoid, for either poor quality or problematic storylines?

Nina: So many. I would be here all day listing them. Everyone’s going to have their own opinions, but there are just some real stinkers out there. Prism Illya has great animation and awesome fight scenes but it features near pornographic ecchi scenes containing elementary school-aged girls. Lyrical Nanoha squicks me for the same reason. Uta Kata is just bad. It’s just a bad show. It’s boring and the plot is a mess and it’s just awful. It’s not even awful in a way you can make fun of it, it’s not “so bad it’s good,” it’s just bad. Cyberteam in Akihabara is another one that is just a hot mess for so many reasons. I thought it was because I watched it dubbed, but I went back and watched it in the original Japanese and it’s still awful. And I know, I absolutely know I will probably get flack for this, but Winx Club is just bad. I have no idea how that became one of the most popular western magical girl shows. I don’t mean bad for it’s time–because Atomic Betty and W.I.T.C.H. came out around the same time and both were awesome. The animation is bad and the character designs are boring, there’s not-so-subtle racism littered throughout the series, how catty the girls are to their “friends” puts the original DIC dub of Sailor Moon to shame, the voice acting and foley work is painful. It’s just bad, it’s just so bad. I’m so sorry, but it’s a bad show. At the end of the day it all comes down to preference though, I just prefer to not watch fanservice of animated girls who are my little sister’s age or younger.

Anika: Do you have a favorite magical girl?

Nina: I could never pick one! In Precure alone I have several (Cure Twinkle being my current number one). My very first favourite was Sailor Jupiter because she was, and still is, one of the girls I relate to the most. I am forever obsessed with Utena from Revolutionary Girl Utena and I have such a deep connection with Bee from Bee and Puppycat. Mew Zakuro from Tokyo Mew Mew will always have a place in my heart after 14-year-old-me had the biggest crush on her. Magical Girls are like Pokémon–I could never just “catch” one because there’s so many who I just fall in love with! 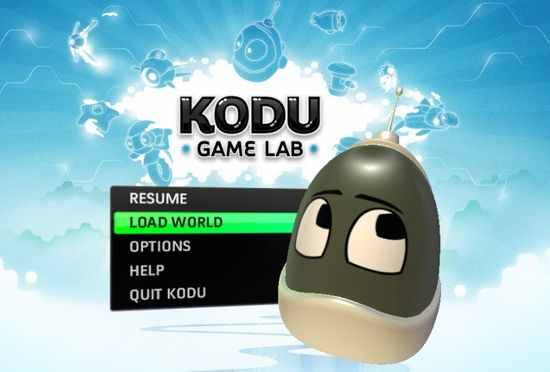 Ebook Piracy and the Libraries of the Future 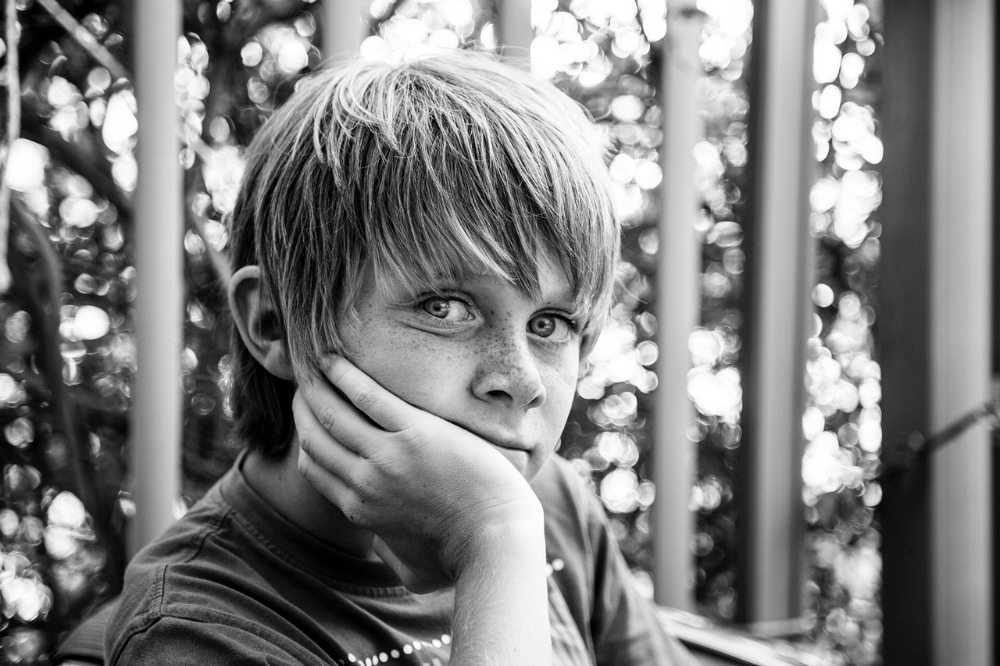