GeekDad Jamie Greene played nerdy godfather for me last week, and thus did I find myself at the press roundtable event for the long-awaited (though author Neil Gaiman reminded us it hasn’t been quite as long as all of that even if it does feel as though we’ve been waiting centuries) American Gods television adaptation, set to premiere on STARZ April 30th. Getting there was… well, it was an adventure. After working a ten hour shift at the money job, I drove the four hours to Maryland, where Jamie was kind enough to let me crash in his guest room; got up at 0330 for a 0515 train to New York; did the six hour event; made the three hour train ride back; drove the rest of the way back to Pittsburgh; and actually made it to work on time at 0900 on Tuesday.

Why would I do such a thing to myself? Because American Gods is my “holy crap, you can do that?” book. Because Neil Gaiman, who is my writer hero and who I’ve wanted to meet my entire adult life. Because Bryan Fuller, an incredible artist. Because Michael Green, who also wrote Logan. Because the cast of American Gods is probably one of the most remarkable casts ever assembled for such a thing. I’ll tell you a bit about each of them in turn, but for this first column, I want to focus on the three amazing women with whom I was afforded an opportunity to speak: Yetide Badaki (Bilquis), Emily Browning (Laura), and Kristen Chenoweth (Easter).

(Herein lays some discussion of sex and sexuality. Nothing explicit, but be forewarned. You may want to review before you let the kids dive in.)

For those of you unfamiliar with the novel, Bilquis is an ancient goddess of love (the eros kind, not the agape kind) who has an historical analogue I’m not going to spoil for you; Laura is the main character, Shadow’s, wife who finds herself in… peculiar circumstances; and Easter was once known as Ēostre/Ostara/Astarte/Ishtar and by many other names as well. These are powerful women, both within their original mythological contexts and within Gaiman’s world. They are goddess and creatures of legend, adored and worshipped.

Once upon a time.

Modernity has been unkind to them in many ways.

It has, perhaps most tragically, robbed them, Ms. Chenoweth commented, of their “authentic selves.”

American Gods was written nearly seventeen years ago (humble book-nerd brag, I’ve read it an average of once a year since then). Work on the show has been going on for several years and was mostly finished before the calendar rolled over to 2017. Despite the timeline, however, despite the eternal relevance of the themes with which it works, the questions it raises, so much of American Gods‘ core has taken on an even greater sense of urgency in the current climate.

With reactionary sexism all the rage, so many women are being robbed of our authentic selves once more. We are being talked down to, openly bullied, marginalized, and targeted even more than was formerly the case.

Things which never should have happened in the first place and which certainly shouldn’t be happening now.

“This isn’t a conversation we should have to be having in 2017,” Browning said, in response to my question about whether or not she and Badaki felt their roles as sexually, and physically, powerful women had taken on an extra layer of meaning given the state of the nation. “But we need to.”

Chenoweth’s Easter is a character who, like so many of us, “wants to be included, helpful. She wants to get along. She changes depending on who she’s with, which prevents her from being her authentic self.” That’s what women are trained to do. We’re trained to consider the needs of others before our own, to hold our tongues and our tempers. Easter was once great, Chenoweth reminded the roundtable, and once she remembers it, she’s willing to “get into bed with the devil and she kind of likes it.” But we’re not supposed to like it are we? Neither the being great nor the feeling of energy and triumph, the rush, we get striving to be great once again. If we happen to be female by physical or neurological biology, to take pride in one’s self or one’s accomplishments is selfish and egotistical and to insist others acknowledge it bossy or, dare I say it, “bitchy” (men, mind you, are assertive and self assured). Easter, beneath her facade, still possesses the bones of a goddess; when circumstances conspire to remind her, she cannot help but go digging and, once she clears the dust and debris, may not be so willing to play the parts everyone has come to expect of her. She may no longer be content to be a brightly colored adaptation, her glorious day coopted by an upstart who happened to be of the proper gender and had better PR.

And though the rest of us may not be goddesses, I imagine were we to dig, to scrub our bones and our roots of centuries of social detritus and imposed guilt, we’d find very much the same.

“Repression,” Badaki said, when discussing Bilquis’ worldview, “is the worst transgression.” She explained how playing a goddess who is worshiped in the performance of intimate acts caused her to reevaluate some of her own thoughts on the matter, to dissect beliefs she held as her own but discovered were actually social norms implanted by the prevailing culture. And while women are freer now than we may have been before, while we all giggle at the “turn your head and think of England” jokes, that we’re still making them suggests such thinking still colors our view of women who embrace and enjoy their sexuality–yet another way in which many women shy away from our authentic selves, showing the world one face and repressing another. Bilquis, Badaki added, asks of herself, and of her audience: “If I know who I am, does it depend on everyone else to acknowledge it?”

How many women seek validation by depending on the acknowledgment of others rather than, like Bilquis, knowing and standing firm, being content in acknowledging ourselves? It is what we are trained to do. The false logic is reinforced by all sorts of media: change yourself to suit the acknowledgement of others and you’ll get the guy or gal, the job, the money, be happy.

How many of us actually are?

Laura, Browning, explained, due to her circumstances, no longer has anything to fear. She has been released from the constraints of society, from being forced to fit into a neat box, from the obligation of expectations. In losing her fear, Browning elaborated, Laura loses her shame. She is no longer concerned with good and evil, or even good and bad; she’s simply “trying to figure out what everything means.” It’s okay for her to be “gross.” It’s okay for her to have swaths of being “unlikable.” Browning mentioned that being Laura’s self was made easier by working in an environment in which Fuller insisted upon “a safe space” in which she “never felt objectified, not even for a moment.” She was better able to find her character, to do her job as Laura, when she could be the real Emily.

Consider how much better the world would be if Browning could do so all the time. If we could all do so?

And yet “am I safe?” is a question women must consider every day even in countries with policies of equal rights and protective laws on the books let alone those which actually seek to subjugate them.

We shouldn’t still need to have this conversation.

Which is why these actors, and the characters they play in American Gods, are so brave and so important.

Keep all of this in mind as you watch American Gods, Padawans. See Bilquis, see Laura, see Easter. And I don’t mean watch them move across the screen. I mean see them. See them. Not your archetypes or your tropes but the individuals with whom Gaiman gifted us, carefully crafted and complete and the actors who bring them to life. Cruel, dirty, kind, loving, wise, naive, blind, ancient, newborn, transparent, opaque, horrible, horrifying, glorious. Everything. Anything.

Yetide Badaki, Emily Browning, and Kristen Chenoweth have fought to bring them to you. These characters are so real, so authentic, so human even when they have the power of ancient deities.

These are Strong. Female. Characters.

Accept the gift they are offering. Let it change you.

“Women are told not to enjoy it” (being great, powerful), Chenoweth said. “But we should. Don’t be afraid of that.”

Let it make you great.

American Gods premieres on STARZ April 30th and will be available on Amazon Prime outside of the US. 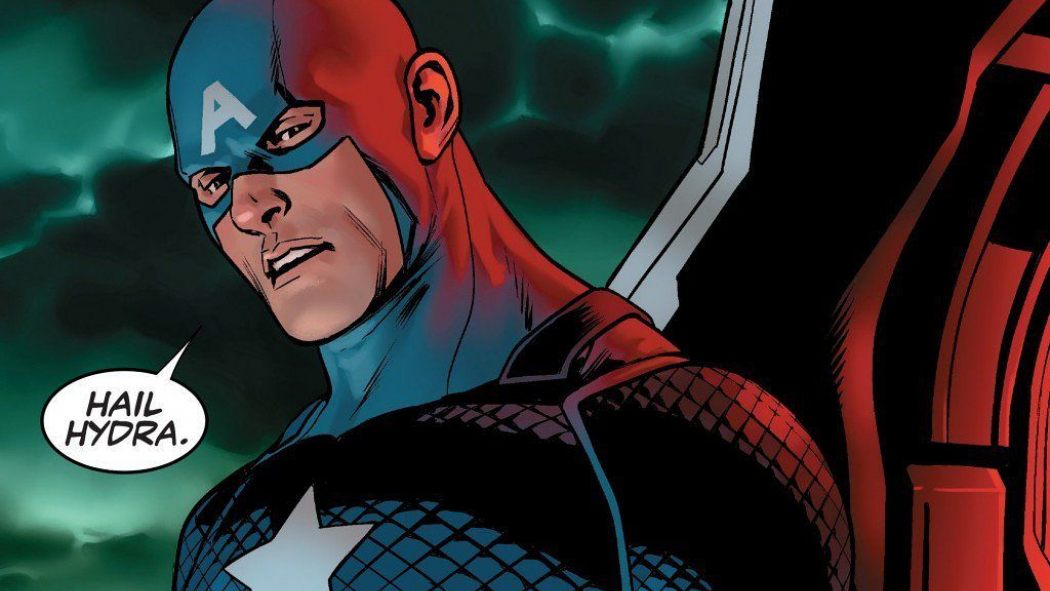 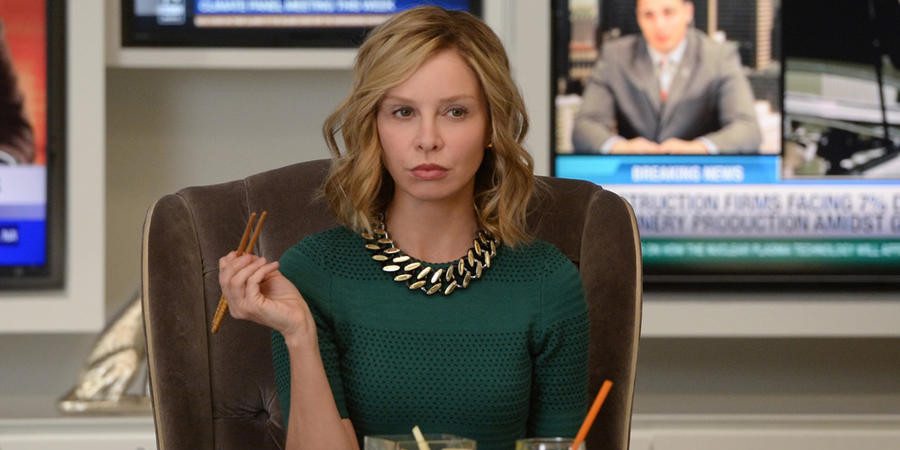