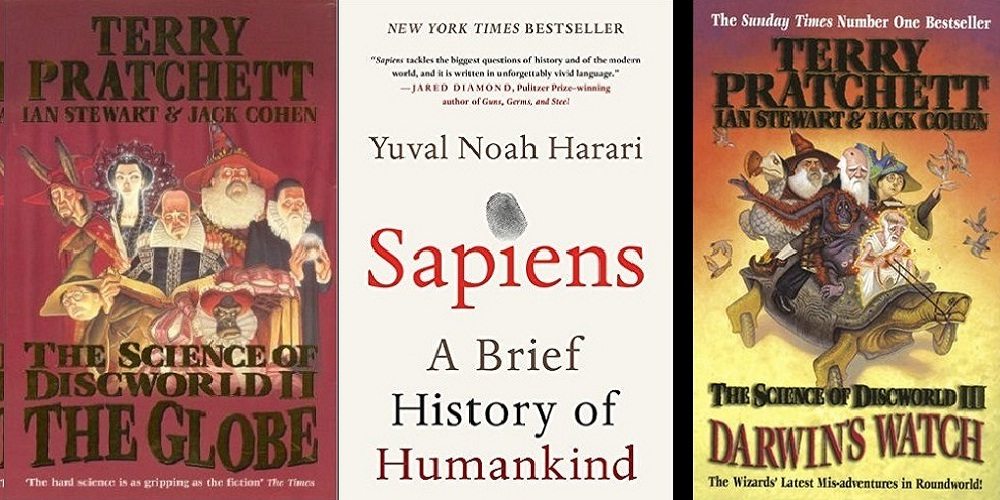 As part of my 2017 reading resolutions I chose some books that would dig deeper into this topic; here are my thoughts so far. 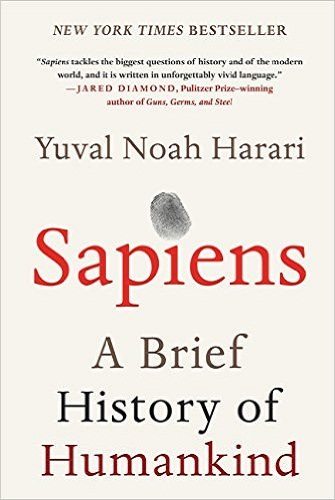 This book by Yuval Noah Harari took me completely by surprise: the author is so full of data and interprets it in such a way that every three or four pages leave you thinking: Are we really just hunter-gatherers that are trapped in a new, technological and crammed world? Was it really that bad, exchanging foraging for cultivating grains? Where are we heading? And, of course: Are we unhappier now than 15,000 years ago?

Harari is interested in how Homo sapiens reached its current condition, and has really done a huge amount of research. Every paper he cites is up to date, and just as Michael Crichton did before him, he is free to re-use this data as he sees fit. His main argument, so far, is that with rapid and ever-increasing communications, we are heading toward a new, worldwide cohesive conscience (a unique vision of the world), ruled—sadly—by economy and digital media.

I love his writing style, completely persuasive and affirming, but I don’t necessarily agree with him. His arguments resemble those of three of my favorite authors, so I wanted to compare some of his arguments with theirs. I’m talking about Terry Pratchett, Ian Stewart, and Jack Cohen, and their book series: The Science of Discworld.

The series feature lots of interesting questions, and they combine scientific data with unforgettable dialogues related to the Discworld Universe; besides, their research is really well-funded. 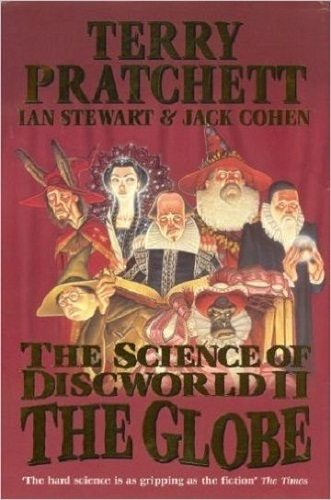 The Science of Discworld II

The Science of Discworld II: The Globe was published in 2002, and specifically deals with our ability to tell stories. They even isolate a fictional element called “narrativium” to better explain our ability to shape stories where in fact there isn’t any. This is a chaotic Universe, but the human mind cannot cope with its randomness. We are constantly seeking patterns and forming stories, and the authors agree in saying that our name should not be Homo Sapiens (Wise Man), and that we might be better described as Pan Narrans (Storytelling Chimpanzee).

Harari argues the same thing: the cognitive evolution allowed us to improve among other Humanoid species (now disappeared), and the agricultural evolution marked our demographic explosion. The scientific evolution is currently changing and reshaping our world, but it is our ability to tell stories, to imagine gods and divine laws (and fictional characters we all relate to), that allows us to cooperate, even among thousands of strangers. There is a lot of truth in that statement: kids from all over the globe may not be familiar with the same mathematical or grammatical concepts, but they all know the name, shape and special powers of The Avengers, even if neither of them exists in the real world.

And as for Harari’s argument, that all gods, laws, and beliefs should be fitted inside the same bag, the next book in the Science of Discworld series talks about the same thing, using Darwin’s decision to write his book: On the Origin of Species as an example of how ideas and conceptions change gradually over time. 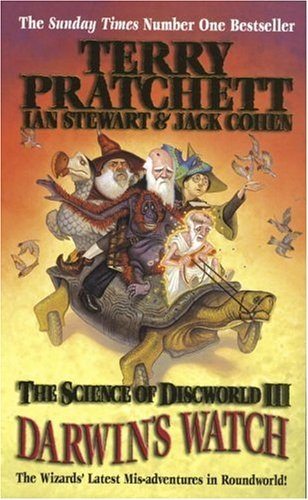 The Science of Discworld III

The Science of Discworld III: Darwin’s Watch was published in 2005 and it is an account of the theory of evolution and its changes over the years. They discuss how scientific theories happen in general, and how they differ from other ways of thinking, such as religious beliefs. (Time travel is also discussed… as a bonus.)

The difference between this series and the first book is the way Pratchett, Stewart, and Cohen introduce a plot and have fun with some fictional characters in the process. The mixture of fan fiction and hard data surely is not for everyone, but dry scientific papers are hard to read. Harari’s book is also fascinating and fast-paced, a great way to delve into the topic of evolution, and that’s what makes these such popular scientific works.

First Look at Nightfall on iOS