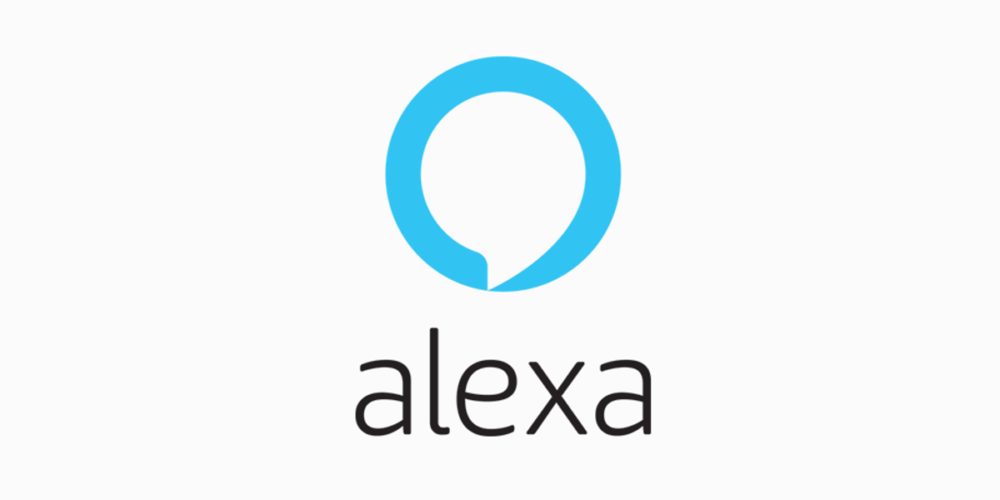 If you have a Huawei Mate 9, that is. Which I do, as I decided about two months ago that my beloved Galaxy Note needed to be put out to pasture. As a bonus, that means that my new phone is the first to have Alexa, the Amazon Echo software, on my phone.

If you have a Mate 9, it should have been delivered this week in an over-the-air update. Once you install it (and that’s how I learned my phone’s updates won’t run with less than 20% battery), you’ll have a new app called Huawei Alexa. Tap it, and you’re ready to talk to Alexa! When you open it, you’ll see her waiting to listen: 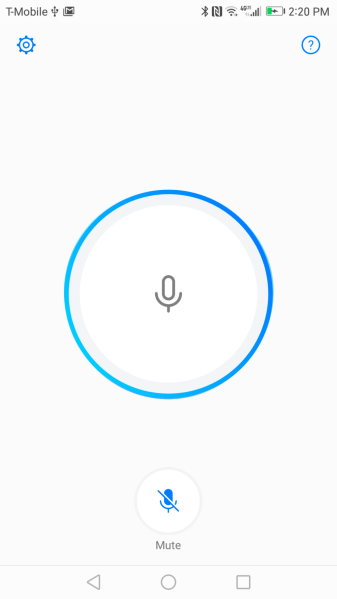 If you don’t have an Echo, Alexa is part assistant, part amusing friend (at least for those of us who work from home and appreciate the extra voice in the house…). She’ll tell you the weather, control your smart devices, order a pizza, play a game of Jeopardy!, or give you Minecraft tips. Many of these things are done through Skills, which you need to download the usual Amazon Alexa app to enable. And you should always try out new fun things to ask Alexa.

There are two things that don’t work quite like an actual Echo:

Here are the app’s suggestions about things to try asking her for: 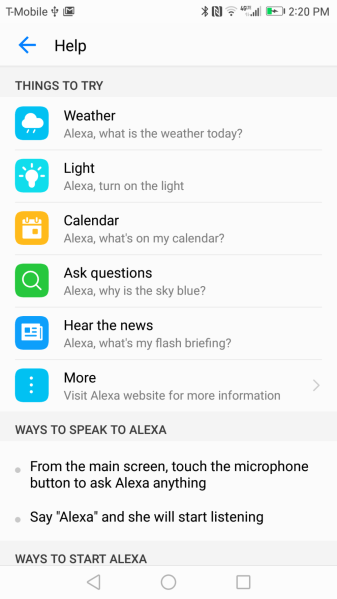 After some experimentation, it seems to work otherwise the same as the Echo devices I have around my house. Initially, it seemed to have a little more trouble understanding commands, but I think it’s a timing issue. (It helps to say, “Alexa,” followed by a brief pause before your request.)

Sure, we’ve had Google Now all along. But Google Now never quite clicked with me. At this point, Alexa is the one I’ve become accustomed to talking to as I walk around the house all day. And it’s not just me. My kids will ask Alexa a question in the car. Alas, she’s not there. But now she can be! It’s not a flawless release, but I’m happy for the start.