How many of you saw Doctor Strange when it hit theaters last fall?

You aren’t the only one. It was immensely popular among my circle of friends, carrying a 90% “fresh” rating on Rotten Tomatoes, and earning a well-deserved Academy Award nomination for Outstanding Visual Effects. My sons and I loved the eastern elements of the storyline, and we had numerous discussions about the multiverse as a consequence.

This month, Disney has chosen a staggered release schedule for Doctor Strange, with the Digital HD/3D versions of the film already available since Tuesday, February 14th, and all other media: DVD, Blu-ray, On Demand, and digital SD, coming out on Tuesday, February 28th.

If you want to dig deeper into Doctor Strange, be sure to check out the extra features. There are several hours worth available to enjoy, including deleted scenes, gag reels, director’s commentary, previews and teasers of upcoming Marvel Cinematic Universe films, and plenty of “making of” footage. My family and I checked out just about all of the extra footage on the Blu-ray and really enjoyed the behind-the-scenes material and the gag reel.

One of the deleted scenes offered on the Blu-ray, and seen above, is an alternate cut where Kaecilius and his Zealots are summoning Dormammu of the Dark Dimension. This version looks a lot more painful and dark, visually, and one of the Zealots doesn’t get quite as far as the others and meets his demise. There are another four deleted scenes to enjoy.

There are several documentary featurettes in the extras. Each lasting 10-15 minutes, these featurettes take you into the special effects, physical training, musical scoring, and homages to the original Steve Ditko/Stan Lee comic book story arcs. My own favorite was “The Fabric of Reality” which focused on set design and costuming. While the costumes look slightly different than what the comic book fans will remember, there are several common symbols that appear throughout not only the costumes but also the set design, such as the emblems that adorned each of the sanctums.

The gag reel is very short, at just about four minutes, but it’s packed full of dozens of outtakes. You’ll catch a rare glimpse of Benedict Cumberbatch’s very silly side as he plays pranks on cast mates, hones his prop-catching skills, and spontaneously springs into irrelevant song and dance routines.

Finally, take some time to enjoy the added Marvel Cinematic Universe extras. This was what I looked forward to the most: seeing the teasers of Guardians of the Galaxy Vol. 2, Black Panther, Thor: Ragnarok, and 2018’s Avengers: Infinity War. Infinity War is going to be simply amazing, where the Avengers, the Guardians, and Doctor Strange’s sorcery will join forces against Thanos. Viewers will catch little glimpses of the storyline as it’s still currently in the works. Filming just started last month, so there wasn’t too much to share.

Those who take advantage of the digital download will receive some exclusive content: “Through the Keyhole: The Science of the MCU” is a documentary short featuring some of the scientists who have consulted with Marvel Studios for the script work and storyboarding. When you see the film versions Tony Stark, Bruce Banner, Hank Pym, and Stephen Strange discussing their respective fields, know that the screenwriters worked very hard to keep the science sound, but right on the fringes of the theoretical; some of the things discussed haven’t been proven yet, but why not design a world where it could be done?

So if you were in awe, like I was, of the special effects, stunning sets, and amazing science of Doctor Strange, then owning the DVD, Blu-ray, or Digital download is right for you.

Doctor Strange is now available via digital download for $19.99 through Disney Movies Anywhere, iTunes, Amazon Video, and Google Play. Starting Tuesday, February 28th, fans can buy the movie in all other formats at online and big-box retailers such as Walmart, Target, and Best Buy, retailing for $22.99 to $29.99 depending on the combination of formats.

GeekMom was provided a complimentary copy of Doctor Strange for review purposes.

Remembrance of Things Past 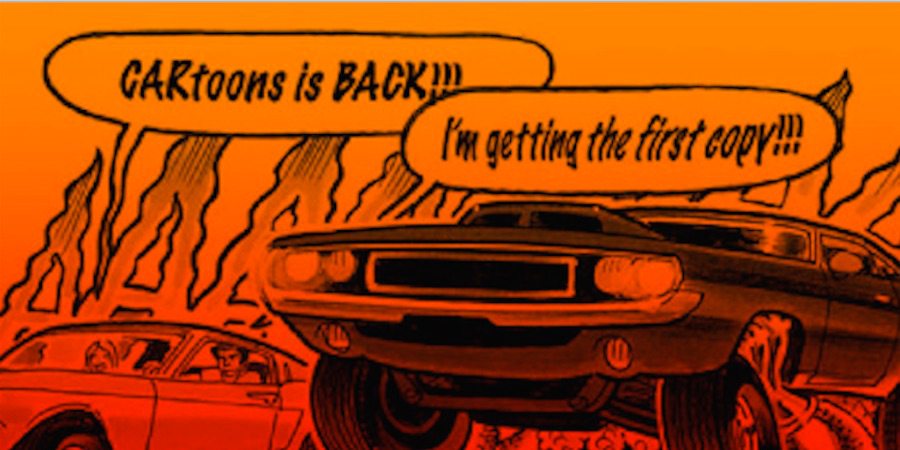 Revved Up for the ‘CARtoons Magazine’ Revival