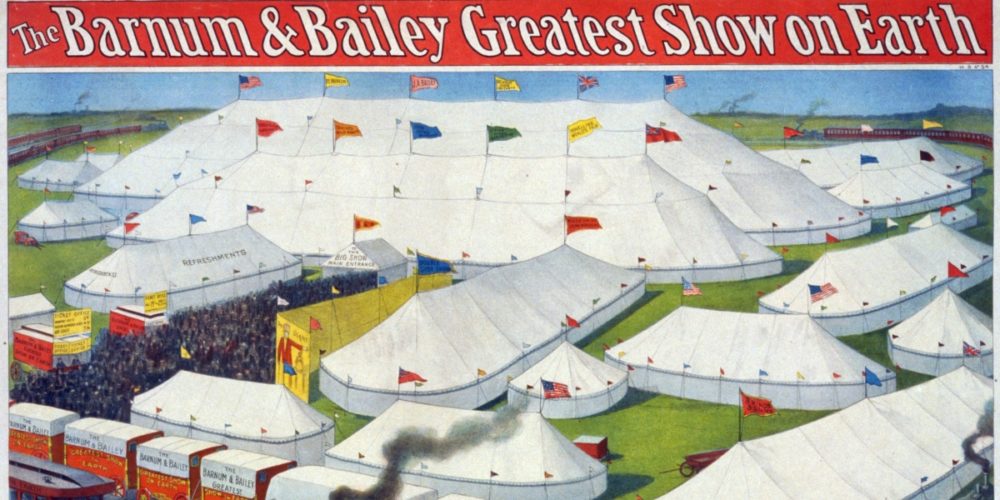 The Circus Isn’t Coming to Town

Recently, Ringling Bros. & Barnum & Bailey Circus announced they will be shutting down their traveling circus this year. Their two touring shows, Circus XTREME and Out of This World, will conclude their final tours in May. While this may be the most obvious sign of the changing face of the circus, it is hardly the first.

Ringling Bros. is the best-known circus in the world. Its history dates back to 1870 when the self-styled showman Phineas Taylor “P.T.” Barnum partnered with an existing circus to form P.T. Barnum’s Grand Traveling Museum, Menagerie, Caravan, and Hippodrome. The company underwent many changes during their time, but their long history as a touring show has been a mainstay.

Smaller circus shows have not been immune to troubles. Last July, Big Apple Circus announced they were filing for Chapter 11 and canceled their 2016 and 2017 tours. They are auctioning all their assets and intellectual property this February. The Cole Bros. Circus, which has origins dating back to 1870, also closed down last year.

Any businesses that fails to adapt to changing times can suffer; so what do these recently failed circuses tell us has changed?

How Circuses are Changing

With a plethora of movies, television shows, games, social media, and more, the circus has plenty of competition. Beyond that obvious factor, what might have caused a fall off in circus attendance?

“Ringling Bros. ticket sales have been declining,” stated Kenneth Feld, Chairman and CEO of Feld Entertainment, Inc., whose family bought the circus in 1967, “but following the transition of the elephants off the road, we saw an even more dramatic drop. This, coupled with high operating costs, made the circus an unsustainable business for the company.” Given that exotic animal acts have been a big feature of many circuses, changing attitudes towards the treatment of animals has undoubtedly affected business.

The Move Away from Animal Acts

The Humane Society of the United States sites abusive training methods, poor living conditions for animals, dangers to the public, and laws that don’t go far enough to protect animals as reasons to avoid circuses that feature wild animals.

According to the U.S. Department of Agriculture website, the Animal Welfare Act “is the only Federal law in the United States that regulates the treatment of animals in research, exhibition, transport, and by dealers.” Although over thirty states have laws pertaining to the treatment of animals, many simply provide exemptions from animal cruelty laws that would otherwise protect circus animals.

Animal rights groups have been opposed to the way animals are treated in some circuses. In 2009, the ASPCA brought a law suit against Feld Entertainment on the basis that Ringling Bros’ use of bullhooks and prolonged periods of chaining for their elephants violated the Endangered Species Act.

As laws and our attitudes towards animals have shifted, many circuses have moved away from exotic animal acts. Big Apple Circus transitioned to only using domestic animals, and had a relatively good reputation for their treatment. Other circuses eliminated animal acts entirely, and focused on human performance. Cirque du Soleil is perhaps the most famous example, but PETA lists almost twenty notable circuses that are completely animal-free. Circus Vargas focuses on smaller venues, and tours all over the U.S. My family and I just caught Cirque Éloize’s theatrical circus performance Saloon, set in a boom town of the Wild West.

The circus has been a mainstay of family entertainment for generations. For a reasonable price, you and your kids can see pageantry, splendor, and amazing performances that will be remembered for a lifetime. However, transporting a big show is very expensive. For example, Ringling Bros. has two dedicated train units, each operating almost 60 train cars.

Circuses count on ticket prices and concession sales to cover those costs. You can only raise prices so much before you run into reduced sales and families decide to spend their entertainment budgets elsewhere. My family saw Cirque Éloize at a nearby theater for under $45 each. In comparison, tickets in my state for reasonably good seats to see Ringling Bros. can be had for $50-$70, and the cheapest seats start at $15. It is easy to see how operating margins could be a problem for a big show, especially if you don’t fill those big venues.

It’s not that smaller circuses are immune to financial woes (they’re not!), but a big show like Ringling Bros. getting out of the business makes for big impacts. For families that think of Ringling Bros. as the circus, the world is about to get a little duller. For performers and other circus folk, one of the largest and most influential employers is disappearing.

The Future of the Circus

Unlike a sideshow fortune teller, I have no crystal ball. However, looking at the current state of the circus biz, I’m prepared to make some predictions.

There’s a good chance that as valuable name brands like Ringling Bros. and Big Apple Circus go under, someone will buy the rights to their name and some of their assets. Nik Wallenda of the famous Flying Wellendas is thinking along the same lines. His family has a long history with circus performance, including with Ringling Bros.

“Why would you not put it up for sale for a fair price?” Wallenda wondered about the Feld’s announcement of Ringling Bros. final season. “Give someone else an opportunity,” he said in an interview on Sarasota radio station WCTQ.

The next page in circus’ story may look very different. I think larger shows will reduce or eliminate touring and focus on a smaller number of venues. We’ll also probably see more circuses reduce their dependence on animal acts, and more animal-free circuses.

Even if Feld Entertainment does not sell the Ringling Bros. name or assets, a lot of circus performers will be looking for work after they shut down. There’s a potential for new troupes to form, rising from the ashes in unexpected ways. The glut of performers on the market may result in traditional circus skills showing up in other forms of entertainment. Perhaps we will see more circus skills in theaters, television, and movies. I’d like to see more originality, with performers taking their circus skills in brand new directions and styles.

For now, if you want to catch Ringling Bros. last tour, you may still have time, but tickets will sell out fast. You should also consider seeking out smaller, traditional circuses such as the Tarzan Zerbini Circus. If you are concerned about animal rights, you can go to an animal-free circus like Circus Vargas or Cirque Éloize. Search around and find some of the many wonderful circuses and sideshow performers out there. Don’t let circus’ story end. Go out and help turn the page on a bright new chapter. 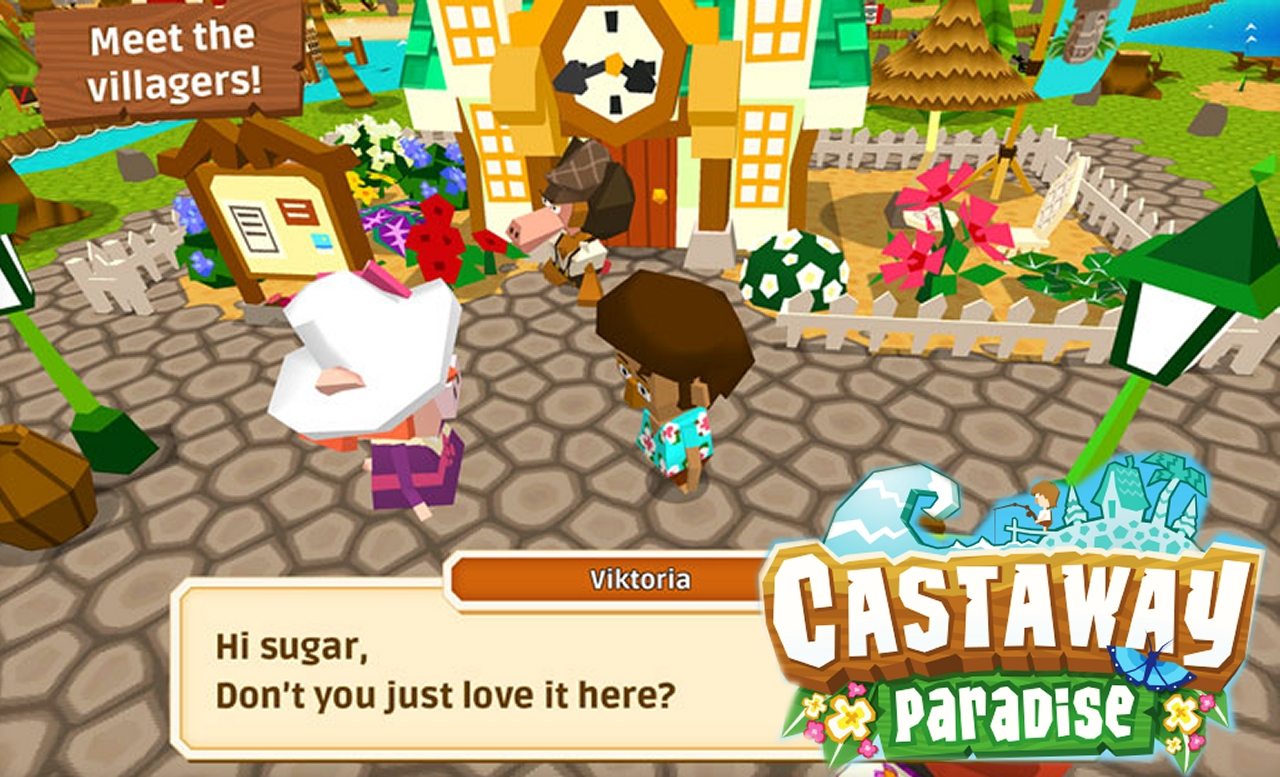 3 thoughts on “Will Circus’ Story End, or Just Turn the Page?”