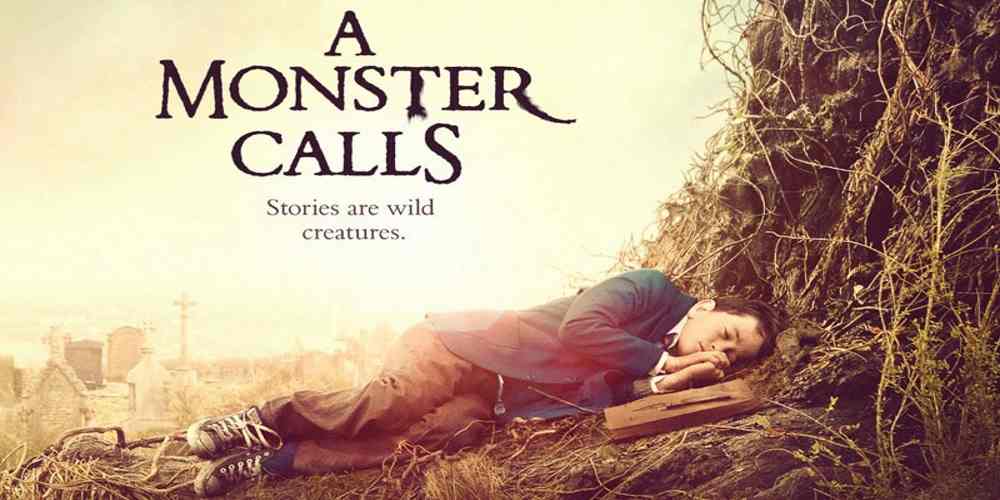 In 2013, Michael Gove, then the UK’s Secretary for Education, gave a speech in which he decried modern teenage fiction, in particular, singling out the popularity of Twilight as a very bad thing. Instead, Gove suggested, it would be better if teenagers read Middlemarch.

Now, I must confess to having read neither, but this to me sounded like something a smug, self-satisfied snob might say if they understood little about the enjoyment of reading. More particularly, at the time, I remember thinking that Michael Gove had clearly never read Patrick Ness. Because if he had, he would have realized there is some mind-blowingly brilliant Young Adult fiction out there.

This week, the movie adaptation of A Monster Calls opens in the US (on January 6th). Many of its teenage fans can’t wait to see this amazing book brought to the screen. Their excitement at the prospect can be seen in the video above. And rightly so, for it is a very special piece of fiction.

When I came to write this piece, I had a definite memory of an article written by Ness branding Gove a literary snob for pushing Middlemarch on unsuspecting teenagers. I thought referring to the article would neatly close the circle of my musings.

In a classic, old duffer whose memory is playing tricks moment, the piece is nothing like that at all. First, it was written two years before Gove gave the Middlemarch speech and, second, Ness actually recommends Middlemarch as a book teenagers should read!

First published in the Guardian Newspaper, Ness’s very interesting and idea provoking piece about “10 unsuitable books for teenagers,” can be found here. Trust me, it’s well worth a look as are all of Ness’s books.

If you haven’t read any Patrick Ness yet, then I strongly recommend that you do. The Chaos Walking trilogy is a dystopian vision of a world where men can hear the thoughts of others through an ever-present “Noise.” As the central character, Todd, flees for his life, layers of mystery are revealed. Things are not how Todd understood them to be. The second book in the series, The Ask and the Answer, is one of the finest Young Adult novels I’ve ever read, showing the difficulties of trust and the idea that it’s not always possible to do the right thing. The series as a whole is a masterclass in moral ambiguity.

Whilst I like the Ask and the Answer very much, it does not stand alone. With More than This, Ness encapsulates his story in a single volume. I loved this book. The novel opens with a boy drowning in freezing waters. It then follows him into a peculiar afterlife. This novel is about the struggle of fitting in. How to work out how the world works as everything around you changes. It’s a near-perfect metaphor for the journey from adolescent to adult. More than This is a beautiful life-affirming novel, about friendship and trust and accepting our life for what it is and ourselves for who we are.

Ness wrote A Monster Calls after picking up an idea first proposed by the late children’s novelist Siobhan Dowd (she wrote the excellent London Eye Mystery). Ness writes in an author’s note to the book that,

“She had the characters, a premise, and a beginning. What she didn’t have, unfortunately, was time.”

He is also very clear that this was very much his book too,

“I wouldn’t have taken it on if I didn’t have complete freedom to go wherever I needed to go with it. If I’d felt hampered at all – again, even for very good reasons – then that harms the story, I think. And I did this not for egomaniacal reasons, that my decisions were somehow automatically right or some such nonsense, but because I know that this is what Siobhan would have done. She would have set it free, let it grow and change, and so I wasn’t trying to guess what she might have written, I was merely following the same process she would have followed, which is a different thing.”

The resulting novel is a masterpiece of which both authors can rightly be proud. Do seek out the illustrated version. Artist Jim Kay’s drawings are a thing of rare beauty and a perfect accompaniment to the prose.

As the novel opens, Conor, the central character, is a boy alone, certainly in an emotional sense. His desire for company apparently manifests as a monster, but what are the creature’s intentions? Gothic in tone and multi-layered, A Monster Calls is a heart-warming and heart-rending novel. I cried buckets reading it. Nevertheless, the warmth evoked from researching this piece has rekindled a desire to read the book again. After I finish here I’m off to do just that.

I’m sure the film adaptation of A Monster Calls will be something to behold. The trailer sends tingles down my spine. If I do go to see the film, however, it will certainly have to be under the cover of darkness, clutching something to wipe away the inevitable tears.

One final piece of news for fans of Doctor Who and/or Patrick Ness. In writing this, I discovered that BBC’s Who spin-off, Class, written by Ness, aired in the UK just before Christmas. Promotion for the series seems to have been low-key, as it completely passed me by. UK readers can still catch it as it’s on the BBC’s iPlayer. US readers will have to wait until March when the series will be aired in full. The series has been shown in the Australia and Canada, but at the time of writing, I’m not sure whether it’s currently available to stream. 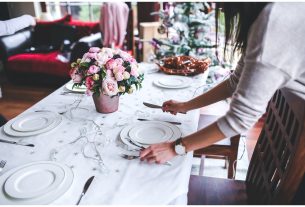 GeekMom: Dear Parents, It’s Time To Drop the Holiday Tradition of Burning Out