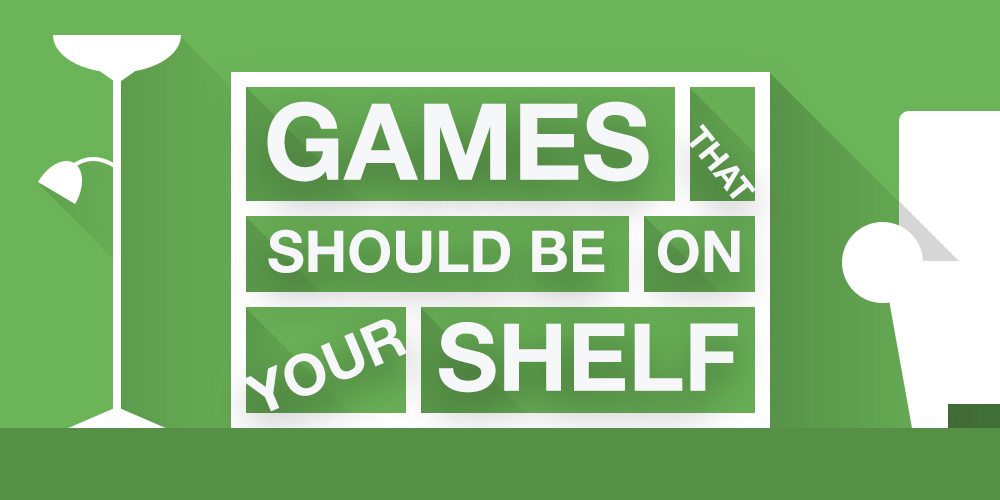 There’s nothing wrong with a little competition, but sometimes you just want to kick back and play on the same team. Plus, there’s something really cool about working together as a unit to achieve a shared goal. To that end: here are 10 of the greatest co-operative games ever made.

[Each week, our partners at Board Game Prices share great games we should be playing.]

Real-time dice rolling to a pulse-pounding soundtrack. Can you escape the curse of the temple?

You and your friends are trapped in the cursed temple, and you have exactly ten minutes to get out. Explore the booby trapped rooms, find the precious gems, and fight your way past terrible curses. Can you play with one hand on top of your head? Or without being able to speak? Or being cursed to permanently lose any dice that fall off the table?

With the soundtrack available on CD or MP3 download, Escape Curse of the Temple is a rollicking good time as you frantically try to beat the clock and roll what you need while simultaneously helping each other out. Great fun.

Work together to free slaves from the antebellum south along the famous Underground Railroad. This historically accurate portrayal of the abolitionist movement in the United States tackles deep themes while remaining an excellent game.

Raise support for the movement, help escaped slaves flee slave catchers, and chart the course of freedom through the early to mid 19th century. Work alongside historical figures of the time and recreate one of the most noble efforts of human history.

With a strong focus on educational value and historical accuracy, Freedom: The Underground Railroad is perfect for those who like their games to spark conversation and learning while still being a darn good game.

An epic fantasy campaign where you level up your characters and shape the world you play in, Gloomhaven comes with literally years of content in the box: 17 character classes. 95 scenarios. Choices that can permanently change the game. 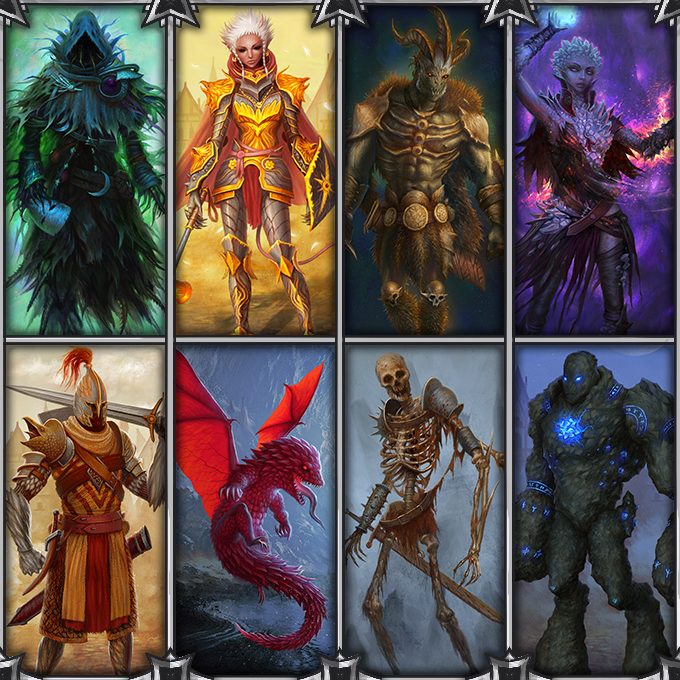 At its core, Gloomhaven is a fantasy combat board game with equipment, classes, and leveling up – but the combat is fully co-operative, and entirely without dice, and the choices you make will permanently shape your course through the game.

Battle monsters with your friends, complete quests and gain reputation, journey through the world of Gloomhaven, and rest assured that your path will not be the same as anyone else’s.

If you’re looking for an epic fantasy game where choice matters that you can play for a long time to come, Gloomhaven is your ticket to adventure.

An app-driven exploration and investigation game in the Cthulhu mythos, Mansions of Madness does the driving and brings you along for a haunting ride. 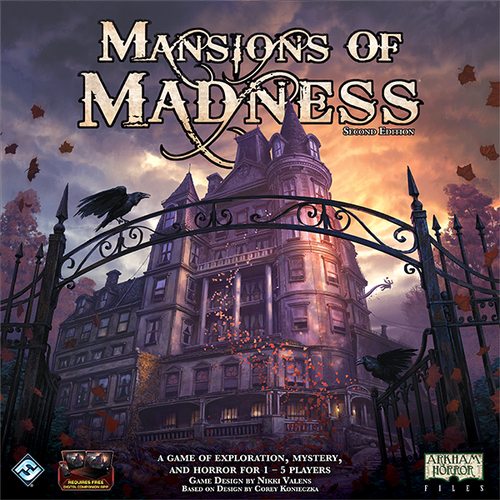 Solve cunning puzzles, explore the various scenarios, gain mysterious artifacts and face your fears. Mansions of Madness does the work for you with the aid of the companion app, which tells you how to lay out the board for each game, randomizes encounters, and hides information from you so that your choices feel meaningful.

For a game that’s breaking the barriers between digital and analog while still providing a tense, fog-filled experience, Mansions of Madness is a fantastic sprawl of a game that is absolutely worth your consideration.

Players are psychic investigators attempting to solve a murder – while the ghost leads them to the right answers by delivering dreams and visions to them.

In Mysterium, players are trying to work together to solve a crime. The ghost player knows the true facts of the murder, but cannot speak – they can only communicate to the other players using vividly illustrated cards, which they hope will lead them to pointing out the correct combination of weapon, location, and suspect to bring the case to rest.

Featuring lavish components and gameplay unlike nothing else in gaming, Mysterium is a wonderful game for all ages that belongs on your table.

Save the world from its worst year in history as multiple pandemics grip the globe. Even if you survive, there will be scars…

Pandemic Legacy Season 1 is a game of permanent consequences based on the hit cooperative game Pandemic. Players are members of the Center for Disease Control who must travel around the planet to treat, research, and cure mysterious pandemics popping up around the world.

But choice and consequence are core to this game. As cities collapse into panic and characters succumb to their traumas, players must make permanent choices that will affect the rest of their plays of Pandemic Legacy. Who will you sacrifice? Who will you save? Can you make it to the end?

Play and find out.

Everyone knows the master detective and his incredible depths of intuition. Now it’s your turn. 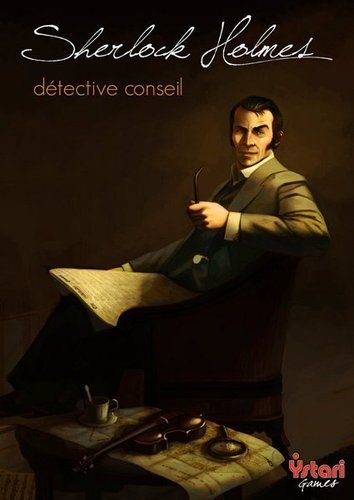 Inside the casebook are ten mysteries awaiting your ability to reason, deduce, and solve – but the key isn’t solving the cases, it’s how well you solve them.

After each jaunt through the streets of London, aided by the day’s newspaper and your faculties and wits, you return to Sherlock and compare how well you did to him. Can you beat the master detective at his own game? 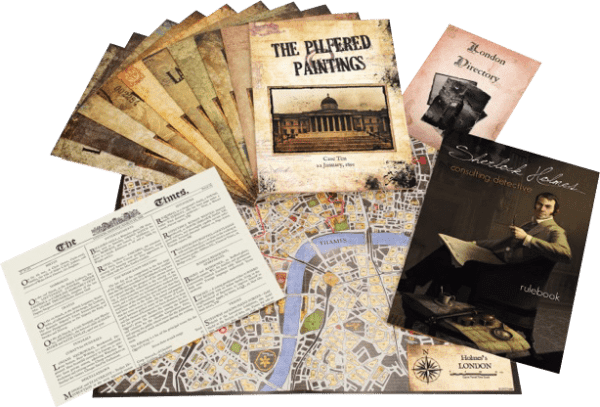 Playable with a potentially infinite number of players, Sherlock Holmes: Consulting Detective is an enduring classic of the board gaming world that has withstood the test of the decades. Freshen your drink, old chap, and step into my parlor.

In a world where fantasy magic and cyberpunk technology collide, there are those who slip through the cracks, ready to take on the world in search of the next paycheck: The Shadowrunners. 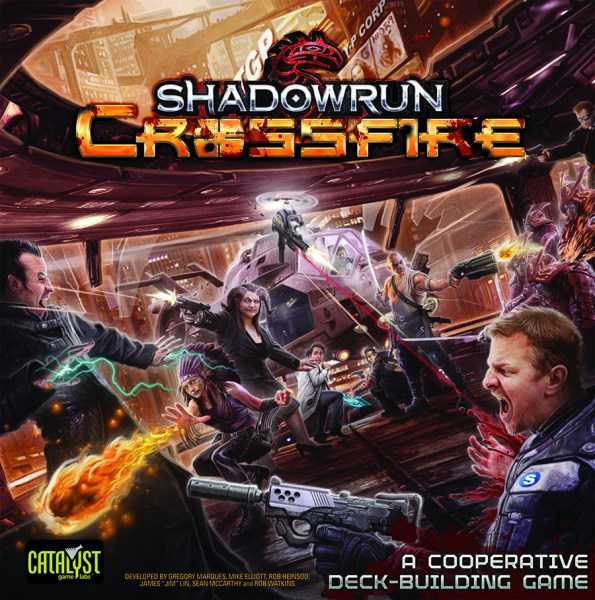 Shadowrun: Crossfire challenges you to assemble your crew of hackers, street samurai, and mages to take on all the bad guys you can in search of the next big job. Featuring a character level up system that carries over from game to game and a sometimes fiendish level of challenge that results in mission aborts, Shadowrun: Crossfire is a game for those who love a good fight.

With perfect co-ordination and teamwork, you’ll be able to take down the toughest enemies the 6th World can throw at you – and once you’ve got a few jobs under your belt, you may even be able to take on a dragon…

Shadowrun: Crossfire is a wonderful co-operative experience that plays quickly and requires you to keep your wits about you; a careless runner is a dead runner, and dead runners don’t get paid.

You are the crew of a Sitting Duck class survey vessel. Your mission: Jump into an unknown and unexplored sector of space, scan it for ten minutes, then jump out – if you’re still alive.

Space Alert is a real-time game where each player is a member of the ship’s crew. This is no USS Enterprise: The shields won’t power on unless someone physically throws the switches, the reactor needs to be manually told which systems to power, and someone needs to periodically wiggle the mouse on the main computer so the screensaver doesn’t switch on. 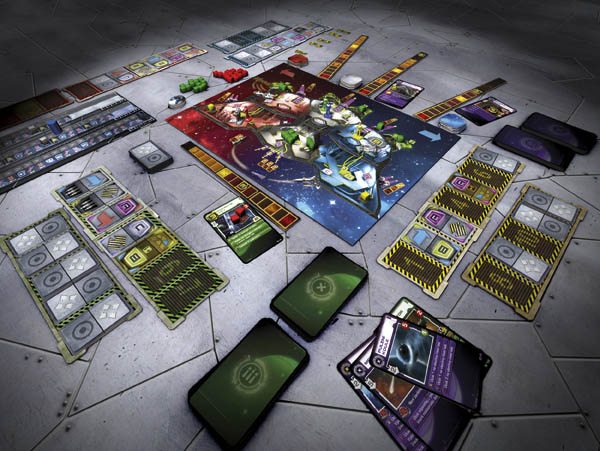 With its warped sense of humor and intense urgency, Space Alert is a wonderful game for players to get horribly stressed before collapsing into laughter as they realized their entire beautiful plan came crashing down because no one wiggled the mouse.

Time travellinmystery-solvingng adventure. If that hasn’t sold you, I’m not sure what will.

Apart from having one of the classiest boxes in board gaming, TIME Stories’ pitch is unmatched: Go back in time to a period of history to try and solve a mystery before the clock runs out. If the clock DOES run out, you simply go back in time again – keeping all your knowledge and experiences so you’ll know just what to do this time.

Over several loops, you’ll know where the keys are hidden, or how to convince the woman in the red dress that you’re on her side. The base box comes with a single case, but many expansions exist – these give you new time locales to explore as well as create a larger, overarching narrative that casts doubt over your entire purpose for making these jumps through time.

TIME Stories is utterly unique, and you owe it to yourself to find out why this game has struck a chord with so many gamers. 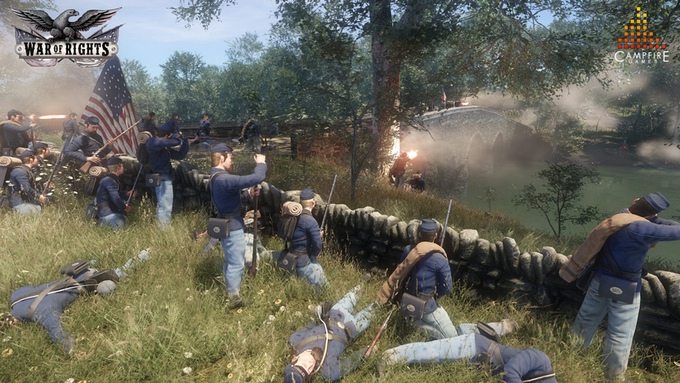 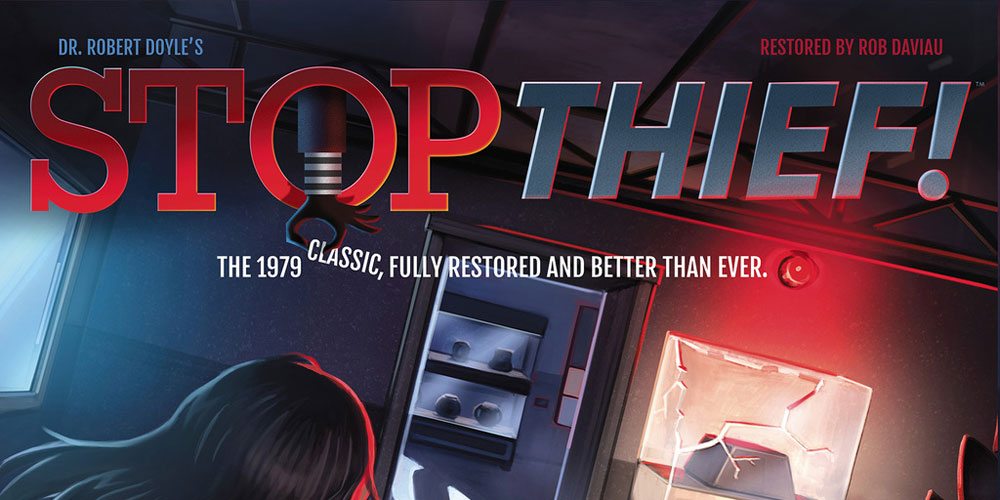