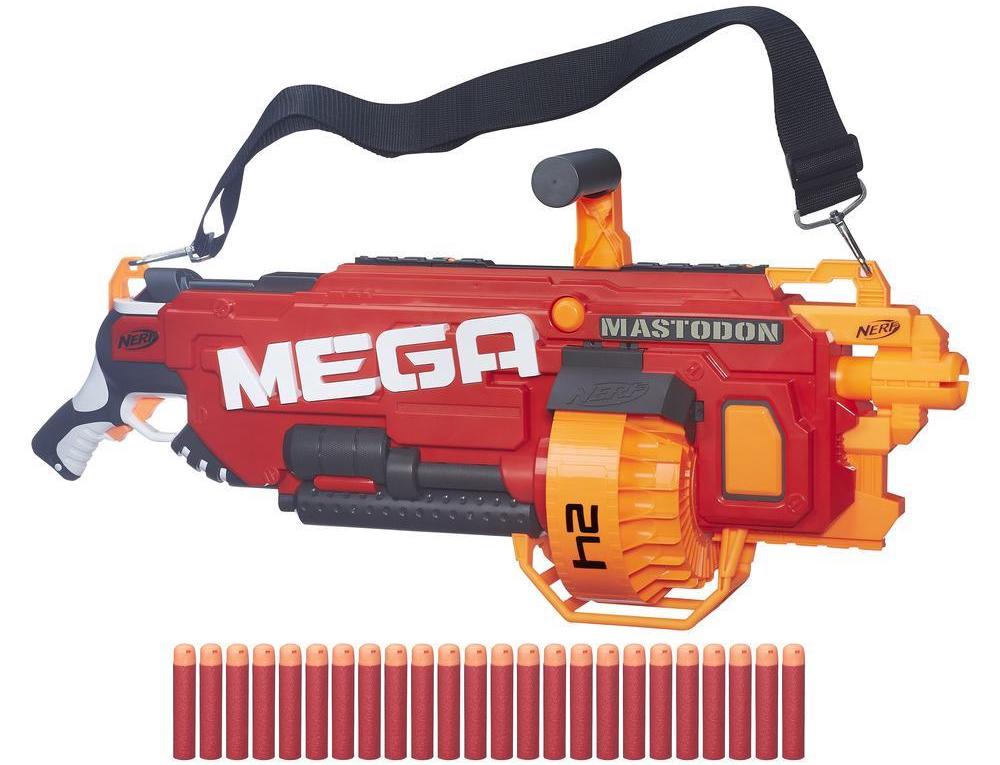 The Nerf Mega line, featuring larger foam darts, is one of my kindergartener’s favorites. He considers the Nerf N-Strike Elite DualStrike Blaster

“his” blaster.  So when he saw the box for the Nerf Mega Mastodon, he got seven kinds of excited… and then he tried to lift it…and could not.

Turns out Nerf picked the right name. The Mastodon is as massive as the name implies; at over a foot long and hefty. The child could not actually lift the thing. Even for an adult, expect to make a lot of use of the strap. But when you DO pick it up?

I cannot express how “oh…. yeah” this thing was to hold. It feels like you can do serious damage. With 6 D batteries and a 24 mega dart drum, plus a range larger than my yard (It’s a small yard, but still, dang), it turns out that feeling is totally reality.

That leads me to a few caveats: due to size, power, and price, this is totally not for a ten-year-old who has the occasional battle. This is for the serious Nerf user, who wants to absolutely dominate on the battlefield. The drum empties fast, so if you do buy it, you also want to have refills

handy ( I use the off-brands to save cash, but note that they hit harder than Official Nerf

).  This is also not a Nerf for “hit and run” tactics –  the size means you’re going to be staying put.  You’re going to want someone to cover you while you reload, so find a friend. Hooray for socializing through superior firepower.

Firing accuracy is decent but not perfect.  It’s designed to blow all of it at once; short busts means the firing mechanism can misalign and jam. There’s actually a tiny bit of recoil, which is just cool. I noticed in another review that you can actually access the gears on the Mastodon, which makes me wonder what kind of hacks can be done.

A word about price: The Mega Mastodon has been a very in-demand toy for the Holiday season – it literally sold out on Amazon

as I was writing this. It’s going for $129.99 right now. However, earlier this year it was “only” $80 and earlier today it was $69.99 on Amazon before selling out. So while I am a huge fan of this blaster, I suggest you wait two weeks and use your gift cards to snag it.

Note: Speaking of selling out, Nerf sent me this blaster for review purposes. I’m going to keep it mounted over the fireplace. 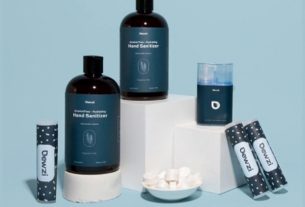 2 thoughts on “Review: The Nerf Mega Mastadon Is Perfect – For Bigger Kids”