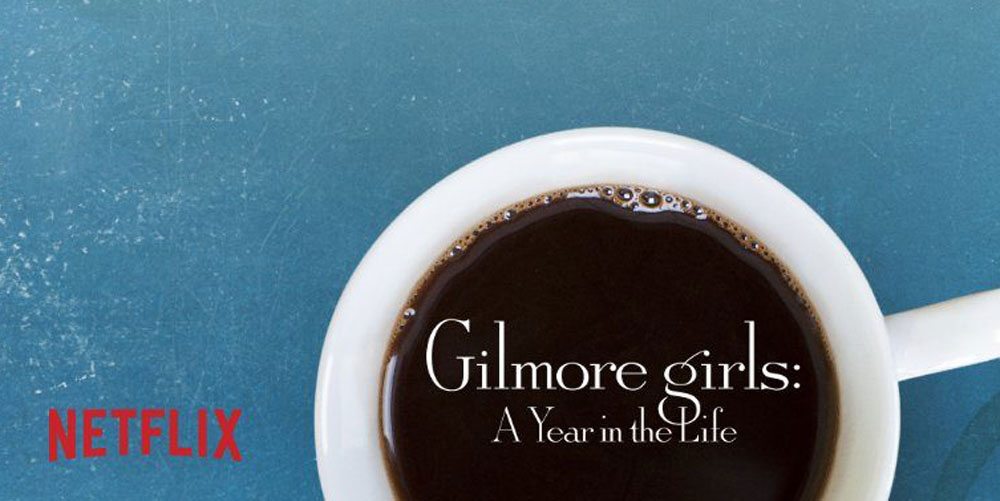 There are spoilers in here. So very many spoilers. If you don’t want spoilers, please stop reading now. Because there are a LOT of spoilers

I’m feeling very lost these days. This whole past year, it’s like the ground’s made of straw. I’m just gonna fall through.

This thing happens to the smart, hardworking kids. We are burdened with glorious purpose. We’re the ones who not only get top grades but who self-startingly go-get. We’re the ones to whom teachers and others constantly say, “You will do great things.” We are the ones who are supposed to rise like cream.

We become the hubris laden tragic heroes in the tales of our own lives. It sounds dramatic, but it’s true. We have been honed to believe that we will succeed. We have been honed to strive for more. We have been bred like racehorses to finish faster and better. The reality is that despite that breeding and training, we are nothing more than anyone else. That realization is a painful slap in the face in our late twenties and early thirties.

At every turn in Fall, Spring, and Summer, Rory’s hubris is her downfall. Underlying Rory’s story is her “Talk of the Town” piece published in The New Yorker. The New Yorker represents the pinnacle of journalistic accomplishment and at 32, Rory has attained it. She is defined throughout the miniseries by this one accomplishment and in fact, her biggest struggle is that she fears her inability to live up to this going forward.

Going back to Chilton, she talks with Headmaster Charleston, and he automatically mentions her New Yorker piece, as well as works in Slate and The Atlantic. He asks if things are going well in her career and she replies, “well enough.” When they sit down after her presentation and he suggests she come back, he again praises her accomplishments and he tells her “you were always internally stronger than everyone else.” The tones being set here further her sense of failure not because she is having a hard time but because they remind her of the glorious purpose with which she has been burdened.

Headmaster Charleston: We all go through bad stretches.

Rory: Oh. No, I’m not going through a bad stretch.

Headmaster: Then my language was too strong. It’s just that when I hear someone of your caliber is living here and there, I wonder if I can be of assistance.

Rory: I appreciate it, but I don’t think teaching’s my future.

Right there. “Someone of your caliber.” Those words echo inside the minds of kids who have lived with their burden. When Rory declines the opportunity, many will see this as condescension. Many will view her reluctance to change paths as pretentious. I view this as the burden that comes with a lifetime of being told you have glorious purpose.

This burden leads to a hubris wherein we find ourselves clinging to the internal expectations we have created for ourselves and in turn failing further evidenced by Rory’s dealings with Sandee at SandeeSays. The first time we see Rory interact with Sandee, she brushes her off saying, “Sandee, thank you. The site is really great. I just don’t think I can devote the time right now.” In Spring, her conversation with Logan solidifies her feelings when she asks, “How many steps down is it from the New Yorker, or GQ, or Huffington or Bazooka Comics?” Logan responds, “A few below the first three, but I love that they want you. Could mean they’re looking to class the joint up a bit.” This is Rory’s tragic flaw throughout A Year in the Life. At every turn, Rory feels she must live up to the expectations of greatness people have for her. If she doesn’t, she will be disappointing all the people who believed in her as well as disappointing herself. She is supposed to be amazing because she is smart and motivated so she refuses to accept work that does not rise to the top. She deigns to meet with Sandee out of desperation and sells herself as “you’d be getting person who wrote the new Yorker article you liked so much….Um, sorry. I just didn’t have a pitch prepared.” Obviously realizing that Rory doesn’t respect her enough to treat her as she would an interview at a more distinguished publication, Sandee responds, “That’s a little weird. Thought you’d bring some ideas.” As the meeting continues and Rory has obviously not prepared herself evidenced by Sandee saying, “I thought you knew our site.” Rory’s hubris underlies this entire interaction. Despite needing money, Rory’s fear of not living up to the promise of her glorious purpose by writing for a gossipy website keeps her from truly excelling.

When Sandee turns her down, Rory argues with her that she got her hopes up, “For a job that I didn’t even want.” Rory’s distaste for SandeeSays is partly pretension but partly a sense of not living up to the implied expectations of greatness with which she has lived for the last 32 years. Synthesizing her conversation with Sandee in the context of her Conde Nast meeting, her motivation is more subtle.

The stark contrast between SandeeSays and Conde Nast represent the difference between the burden of being a certain caliber and the reality of life. Children like Rory are groomed for greatness from day one because they hold promise for the future. This promise is something that weighs upon them whether they realize it or not and informs the decisions they make.

For Rory, Condé Nast and their pursuit of her represent the achievement of this glorious purpose. Rory’s life has been defined, in part, by straddling two worlds but with the constant promise of being able to transcend above either. She is smart enough to overcome her humble beginnings. She is hard working enough to be more than the lazy rich kid. Her rock bottom is calling Logan and admitting she needs his father’s proffered help. To fulfill the expectations that have been created for her, she must use the social connections garnered through her ties to wealth and Yale. She tells Logan, “I really didn’t want to do it this way…Pride’s a little hurt.” Her pride is hurt not because she needs to ask for help but because the reality is that intelligence and spunk mean less than we would hope. During her meeting with Condé Nast, she talks about a website going after her, but she’s embarrassed that the only website courting her is SandeeSays which is low brow gossip. As she walks out, she looks behind her and sees that in less than 10 seconds those who have met with her have forgotten about her. She is a nonentity. She has no glorious purpose. To these editors, she is another faceless, nameless member of the Thirtysomething Gang. Rory’s forlorn eyes gaze upon the editors returning to work realizing that to them she’s nothing. Despite the number of times they mentioned her New Yorker piece, she is perhaps only a one hit wonder.

This is the tragedy of being a smart, hard-working kid growing up with a sense of glorious purpose. We expect ourselves to be more than because we have been seen as hope by our families, our schools, our communities. We feel a deep sense of loss over no longer representing something to other people. When we strive, we strive for others as well as ourselves. At the end of Summer, Rory tells Lorelai:

I’m blowing everything. My life, my career…I’m flailing, and I don’t have a plan, or a list, or a clue. This is karma. This is why Conde Nast will not follow up with me. They know failure when it walks in the door. I’m feeling very lost these days. This whole past year, it’s like the ground’s made of straw. I’m just gonna fall through.

Rory is flailing because she is not living up to the promises her existence has inspired. This is the tragedy of the burden of glorious purpose. Being normal or average is viewed as a failure because we feel that our lives have been lived as an unspoken contract of promise for the future. We feel that we owe people more than average because so many people believed in us.

We feel this sense of responsibility to society deeply. While talking to Jess about her failures, Rory flips her photo of David Carr, editor of The New York Times, and says. “I don’t want him to see me like this.” Internally, she views every misstep, every average moment, every action not changing the world as failing others. We internalize the unconditional love others have given us because we are the responsible kids who want to make others proud. While we achieve for our own sense of well-being, no doubt, we feel our failures far more deeply because of the impacts we feel they have on others, not the impacts they have on us.

I have been Rory. I am Rory. To many, complaining about the burden of glorious purpose probably sounds conceited. Rory and I feel a sense of loss not for ourselves. At some point, we all realize that we are mere mortals. Despite what people trained us to believe, we are no different, no better, no worse, no anything. Being just people suddenly feels like failure not because we value ourselves more highly than we value others but because we don’t value ourselves enough without the right accomplishments. 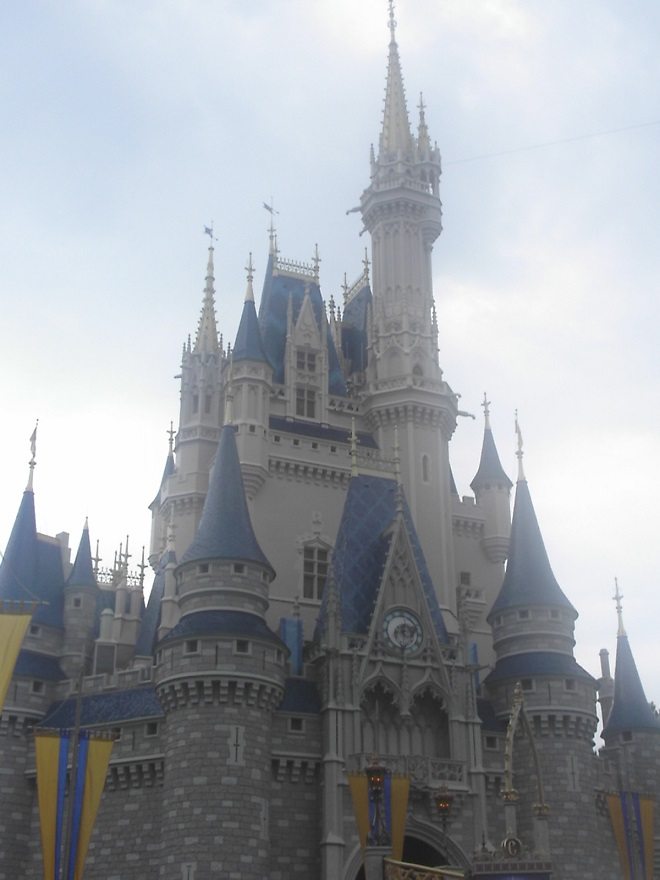 1 thought on “On Being Rory: Burdened with Glorious Purpose”