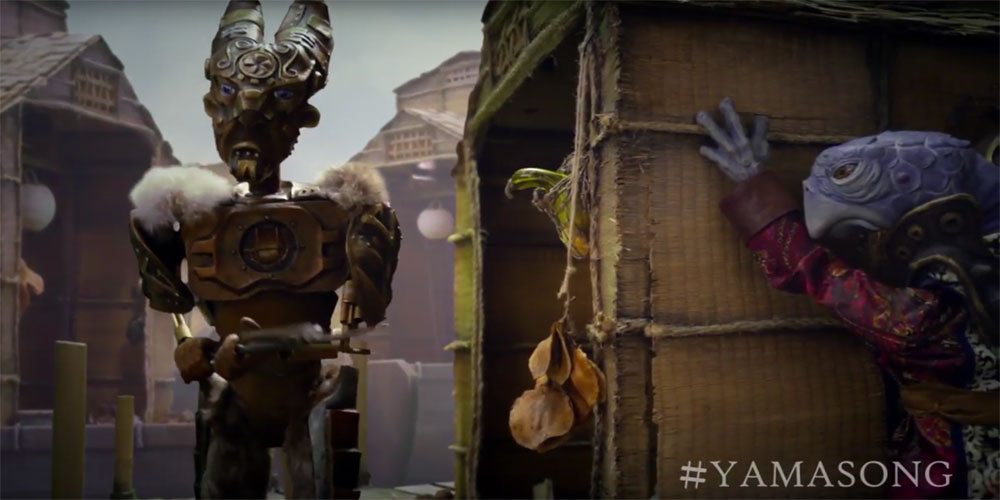 Yamasong: March of the Hollows, a puppet film directed by Sam Koji Hale and produced by Heather Henson and Toby Froud, has just released a few short clips. GeekDad has the honor of presenting two of these clips—others will be available on other sites as well. I wrote about Yamasong last year, when the poster and trailer were posted, and the long process of production continues.

If you watch the trailer, you’ll see that both of these scenes appear in the trailer: the first clip here is a slightly longer version of what you see in the trailer, and the second is the scene that ends the trailer, but with the coloring and VFX updated. There’s still no definite release date, so it may be a while yet before we get to watch the whole thing, but I’m looking forward to watching it when it’s all completed!

The mountain dwelling Ovis have been at odds with the turtle warriors of the Terrapin for many centuries. All it takes is the slightest push to cause chaos to erupt in the world of Yamasong.

Ancient enemies rise against each other when a mighty foe returns to the planet Yamasong. The ram-like Ovis warriors clash with the peaceful Terrapin clan in a battle that shakes the world.