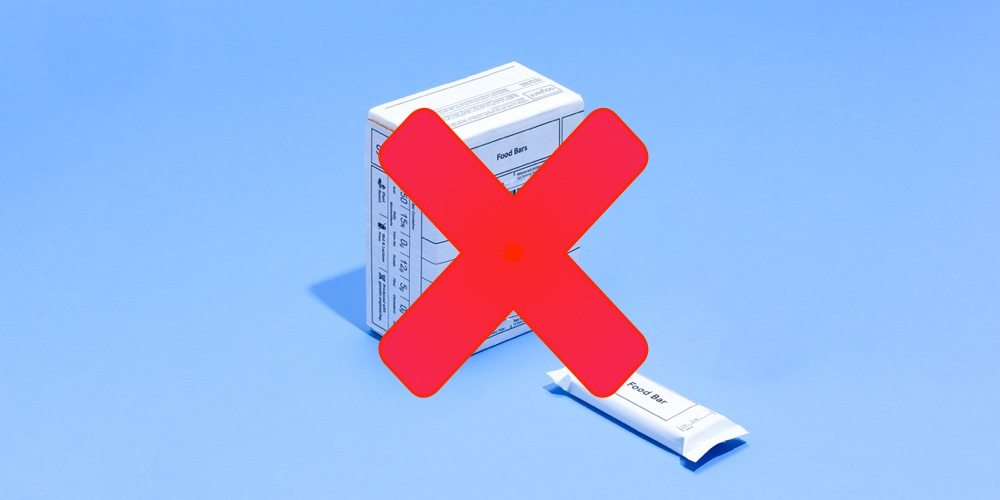 It’s been reported on Gizmodo that Soylent’s latest product, the Food Bar, has been making consumers violently ill, to the point of ER visits and treatment for dehydration. I took interest in this not only because the Food Bar—a snack bar in the vein of Kind, Clif, and PowerBar…but more generic tasting—was on my docket for a GeekDad review, but because as I read the stories, the experiences sounded very familiar.

About a month ago, I was swigging a bottle of Soylent 2.0 for lunch every day and having the occasional Coffiest (Soylent’s caffeine-infused mocha version of 2.0) for breakfast. Then the Food Bar came out and Soylent sent over a box for me to try out. It was perfect—now instead of wandering down to the vending machine when 3:00 rolled around and I found myself peckish (because it’s still the case that when Soylent wears off, it wears off and I’d be starving), I could snack on a bar that actually gave me nutrients I needed. My entire work day of calories and nutrition could be rounded up in seconds and tossed in my briefcase without having to think about it.

When I got home that Tuesday I felt a little… off. Figuring that I was getting hungry (after all, the last thing I’d eaten was a Food Bar at 3:00 PM and it was coming up on dinner time), I downed a handful of nuts and went to lie down before I started making dinner. Within thirty minutes I was in the bathroom and was about as ill as I have been my entire adult life. I wasn’t sure what I had eaten differently; after all, the Soylent I’d had that day was the same as the Soylent I’d had the previous day, except I didn’t have a Food Bar on Monday for a snack. And then I didn’t have much of a chance to think about it more as my body spent the next ten hours trying to get rid of everything I’d eaten for the past 42 years.

When I recovered the next day, I was feeling a little dehydrated and worn out; but otherwise fine. There was never any fever or lingering after-effects, so in my (completely inexpert) analysis, I surmised it must have been food poisoning rather than a virus. I did a rundown of what I’d eaten over the weekend and came up empty on things out of the ordinary or that came from places I wasn’t familiar with. My only thought was that I had eaten a lot of Soylent products over the past five days—much more so than I had in the months I’d been using it to supplement my diet. I mused that maybe I’d had some kind of reaction to the sheer amount of product. It was a moot point, though, even thinking about it was enough to make me nauseous again. My Soylent days had come to a very abrupt end.

Then on Thursday I saw the first Gizmodo story about consumers reporting that the Food Bars had affected them the way I suspected they had affected me. Friday, a follow-up story ran with even more Soylent faithful coming out of the woodwork to report getting sick hours after eating Food Bars. I started to wonder if something else was going on, that maybe there was something toxic in the bars themselves. But Soylent responded back to Gizmodo saying that they’d tested the bars sent back to them by the affected consumers and found nothing suspicious. So much so, they’d eaten bars from the returned batches and had no ill effects (which is about as scientifically sound as letting a bullet ant sting you to see if it’s painful). Then, at the end of their statement, there was this:

A certain subpopulation of individuals may have an allergy, intolerance or sensitivity to ingredients such as soy and/or sucralose, or certain vitamin and mineral sources and should consult with their doctor before continuing to consume these products.

At first, I was offended at the statement. It seemed to be Soylent saying: “We tested and ate the ‘defective’ bars you sent back and there was nothing wrong. You’re just too sensitive to handle them.”

So I shared my story and the Giz articles with the the other GeekDads and GeekMoms around our virtual water cooler. For some of the toxicology/medically trained in our bunch, one ingredient stood out. Sucralose. Come to find out, some people can have a sucralose threshold. Add to that the other manufactured sugars in Soylent products, and the fact that it’s engineered to stick around in your stomach for a while (where it can prolong irritation if you’re sensitive to the ingredients) and my initial thought from the day after Barf-Fest 2016 started feel more like an answer and less like a theory. I never noted feeling bad after eating manufactured sugars like Splenda (which contains sucralose), but I also actively avoid them because I can usually pick out their chemical tang in foods and my tastebuds start throwing warning signs. With the amount of Soylent I had that fateful Tuesday, I’d consumed 45mg of sucralose (27mg of that from the Food Bar), a little less than four packets of Splenda. Which isn’t a ton, given that human test subjects have consumed far more than that in studies and found no ill effects. But for me, it was considerably more than I had ever ingested in a 24-hour period.

So maybe it isn’t that there’s something wrong with Soylent’s Food Bar (which seems to be Gizmodo’s assumption) but something less satisfying: that both Soylent and the affected consumers are right. The bars are safe and making people sick. From Soylent’s point of view, the bars are safe for most people and they even warn in their release notes that people may have sensitivities to certain ingredients. But from my perspective, I never really considered that those sensitivities could be triggered by a cumulative effect over the course of a day.

So is this all a case of “buyer beware?” In part, yes—when you try to hack your biology and replace the majority of your calories and nutrients with a supplement, you have to expect some biological feedback. But. As a company that’s taken the lead and is inviting more to engage in this sort of bio-experimentation, the onus of educating their customers about the possible negative side effects falls squarely on Soylent. If Soylent wants to move forward, they’re going to have to take responsibility for a wider audience that’s less in tune with the bio-hacking scene. I understand their reluctance to spell it out for its customers. After all, “Consuming too much Soylent in a 24-hour period may cause you to barf so much that you’ll wish you were dead” doesn’t exactly work well as a pull quote for the marketing page. That doesn’t make it less true.

On the other hand, there are a lot of unconnected facts that could point to there being something in certain batches of Food Bars that are making people sick. If you have Food Bars from Soylent, I’d nibble judiciously until they release a statement that fully addresses the issue.

I’ve reached out to Soylent for comment on the Gizmodo articles and my own personal experience and will update this story if I hear back.

Update: While I haven’t heard back personally from Soylent yet, they did issue a blog post today letting people know that they still haven’t found why the Food Bar is having the GI effects it’s having on portions of their customer base. As a result, they’re halting production and urging consumers to throw out their remaining supplies (I imagine they have plenty to ahem “test” from the recalled boxes they already got back). So if you have Food Bars, don’t roll the dice because they haven’t bothered you yet, throw them out now. If the culprit turns out to be something toxic in the Food Bars themselves, and not some sort of allergic sensitivity, that’s not a gamble anyone should be willing to take for a convenient snack.