There’s never a bad time to share a good book with the ones you love, but the Halloween season–which holds a special place in the hearts of many GeekDads–calls for some extra-special selections. Below we present a dozen literary options for this spookiest of seasons. They run the gamut from lighthearted children’s fare to sinister stories for those in the mood for a more spine-chilling experience.

Read on for our suggestions, and please feel free to share your own in the comments. 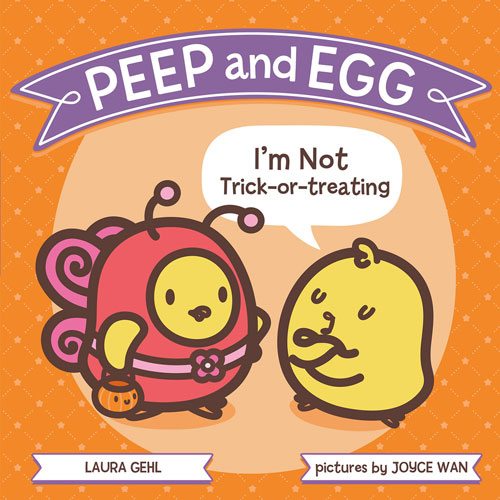 Peep and Egg: I’m Not Trick-or-Treating by Laura Gehl, illustrated by Joyce Wang

Peep and Egg (who has finally come out of his shell) are back, this time to prepare for Halloween. Peep is very excited about trick-or-treating and visiting all the animals around the barnyard, who are dressed up for the occasion. But Egg is, as usual, quite skeptical about the whole thing. It’s a cute followup to the original, just right for Halloween. [Jonathan — Review material provided by Farrar, Straus and Giroux] 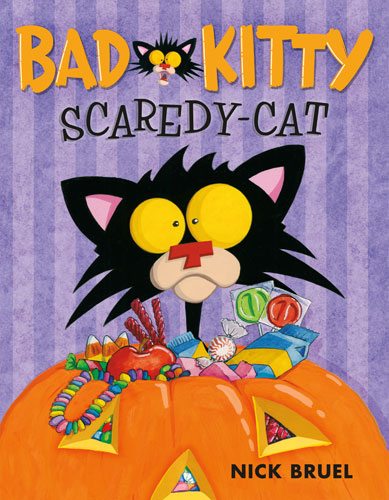 If you’re familiar with the original Bad Kitty book, this one will look familiar, but with a Halloween twist. Kitty wasn’t always scared—but then one night an alphabet’s worth of creepy creatures showed up at her door, from Aliens to Zombies. Kitty goes through the alphabet a few times: first for what she used to be before being a scaredy cat, then for the creatures, then for the list of snacks she discovers, then for all the things that she does to the monsters once she realizes they’re carrying candy. And, yes, Uncle Murray makes an appearance, as usual. [Jonathan — Review material provided by Roaring Brook Press] 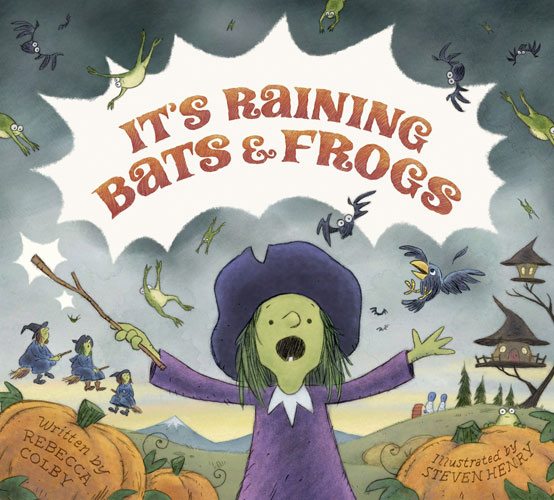 It’s starting to rain on the witch parade, so little Delia takes things into her own hands by making it rain cats and dogs … but that’s not a great solution, so she changes it up. Each time she changes it, the witches are happy for a little while, until another problem arises. Fortunately, Delia finally hits upon a good solution.  [Jonathan — Review material provided by Feiwel & Friends] 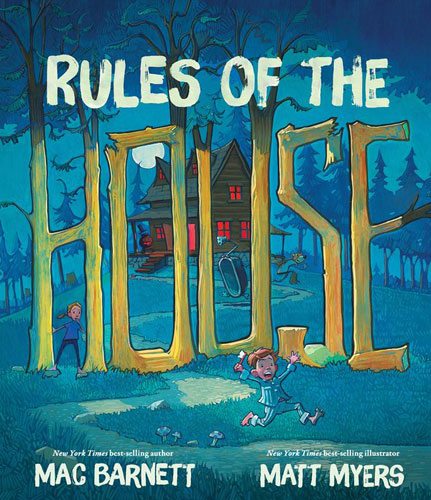 Rules of the House by Mac Barnett, illustrated by Matt Myers

Ian loves rules. Jenny doesn’t. So when they go to a vacation house in the woods, Ian is very careful to follow the Rules of the House, helpfully posted on the wall: Don’t track mud into the house. Always refill the firewood. And never, ever open the red door. Of course, Jenny tests every single one of these rules … and discovers the consequences! The book is more silly than scary, though there are some creepy moments before everything gets resolved.  [Jonathan — Review material provided by Disney-Hyperion]

Halloween is the season of the monster, and in my home, ain’t no monster quite like a Pocket Monster. The latest from Scholastic’s Pokémon Leveled Reader series is The Rescue Mission, a Level 2 book written to inspire first and second graders with slightly longer sentences and new vocabulary. This particular adventure—which is, fittingly enough, set in autumn—concerns Bonnie, the younger sister of gym leader Clemont, who’s too young to be a trainer but still desperately wants a Pokémon to call her own. The one she finds, however, may be more than she bargained for! [Z. – Review material provided by Scholastic] 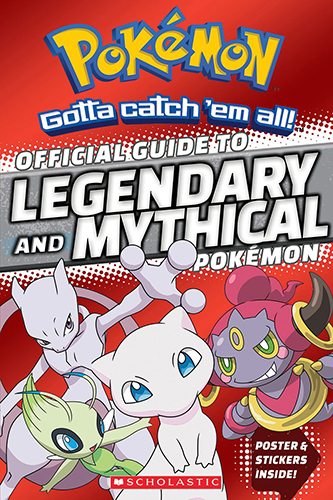 The Official Guide to Legendary and Mythical Pokémon by Simcha Whitehill

For more advanced Pokémon scholars, Scholastic also offers a new paperback guidebook that focuses solely on the series’ rarest and most powerful creatures, the Legendary Pokémon and the related but separate Mythical Pokémon. (It’s generally accepted that Mythical Pokémon are simply exclusive “event” Pokémon given out during promotional events, but this book is less concerned with this fuzzy taxonomy.) In addition to 80 pages of images, stats, and exposition, The Official Guide to Legendary and Mythical Pokémon also includes a bonus sticker sheet and a pullout mini-poster—two delightful treats for your little monsters. [Z. – Review material provided by Scholastic]

The Whole (Addams) Family — All Readers 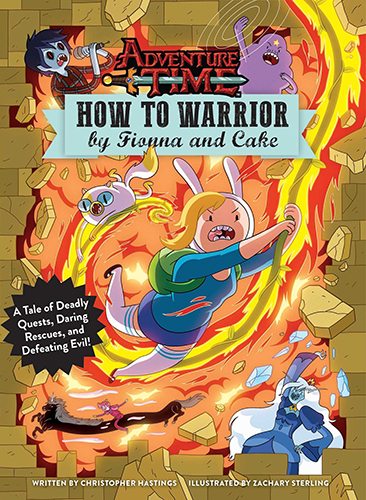 Adventure Time: How to Warrior by Fionna and Cake: A Tale of Deadly Quests, Daring Rescues, and Defeating Evil! by Christopher Hastings (Author), Zachary Sterling (Illustrator)

A monster is nothing without a hero to face it, and Adventure Time‘s genderbent duo of Fionna the Human and Cake the Cat are about to take you to school! This book is the latest from Insight Edition’s stellar series of handsome Adventure Time hardbound coffee table books, and, like the previous entries, it is positively packed with lighthearted, humorous “advice” for burgeoning questers and tons of extras. Posters, flip-panel activities, comics, greeting cards, and more are the order of the day, with lots of friends, foes, and freakiness thrown in for all the Adventure Time die-hards out there. It’s another amazing tome from IE, but I was a little disappointed with the included Card Wars pack-in; the good news is its an exclusive Ice Queen card, the bad is that it’s printed on paper that is far and away from the traditional functional card stock. [Z. – Review material provided by Insight Editions] 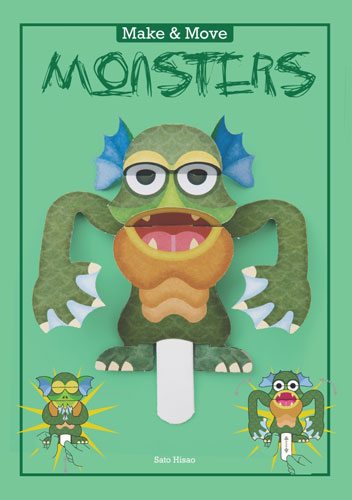 I mentioned some Make & Move books in a Stack Overflow earlier this year, and here’s one more that’s perfect for October: monsters! There are twelve new papercraft monsters to punch out and assemble, from vampires to werewolves to mummies. My middle daughter immediately punched out and assembled most of these as soon as the book arrived. After they’re assembled, you can pull the tab back and forth to bring the monsters to life—no lightning storm required.  [Jonathan — Review material provided by Laurence King Publishing] 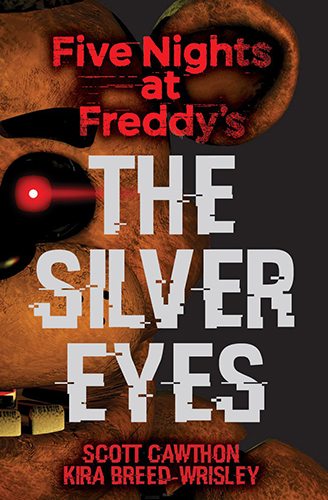 Look, I’m not much for point-and-click survival horror, but my 11-year-old, the household’s reigning king of the jump scare, was over the moon when this new novelization from Five Nights at Freddy’s own Scott Cawthon turned up unannounced on our doorstep. Clearly aimed at the video game series’ tween/teen audience, it applies a more cohesive narrative to the sometimes fragmented lore of FNaF. It’s another journey into the dark heart of… Freddy Fazbear’s Pizza, complete with the requisite murderous history and a quartet of vengeful animatronic mascots. [Z. – Review material provided by Scholastic] 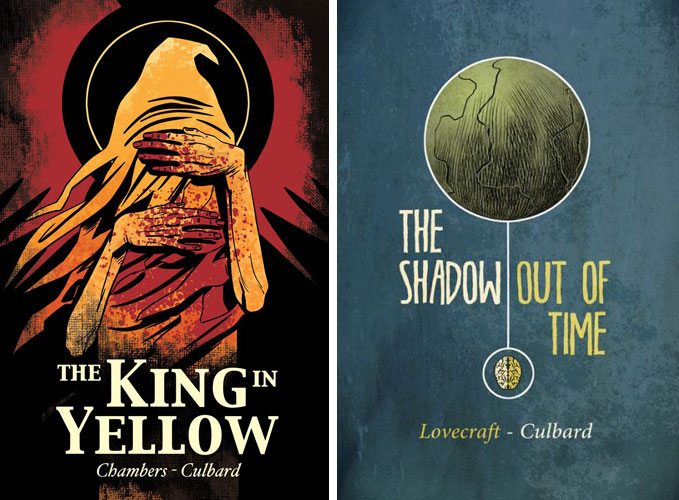 The King in Yellow by Robert W. Chambers, adapted by I. N. J. Culbard

The Shadow Out of Time by H. P. Lovecraft, adapted by I. N. J. Culbard

I have a confession to make: anything I know about Lovecraft or Cthulhu has come from secondhand sources—things inspired by Lovecraft like board games or toys or even other books—but I haven’t actually read any of the original books. Technically, I still haven’t—but at least now I’ve read at least two stories that informed the Cthulhu mythos, in graphic novel form.

The King in Yellow is actually by Robert W. Chambers, and was one of Lovecraft’s influences. The title refers to a play-within-the-book: every person who reads the script goes mad. The book consists of several stories that follow different characters but are linked by the script book, which passes from one character to another. It was weird and unsettling, but also pretty hard to follow. Culbard’s artwork does a good job of portraying the madness, but without reading the original it’s hard to know if my disorientation comes from the story itself or if it lost something in the adaptation.

The Shadow Out of Time is one of Lovecraft’s final stories. It’s about Nathaniel Peaslee, a professor at Miskatonic University, who has an episode one day and comes to his senses five years later. But during those five years, his body has been busy, studying at the library and making expeditions into faraway lands. Peaslee is now piecing together what exactly happened, while dreamlike memories of tentacle-faced beings fade in and out. I really enjoyed this one and the way that the mystery of Peaslee’s amnesia is gradually revealed.  [Jonathan — Review material provided by SelfMadeHero] 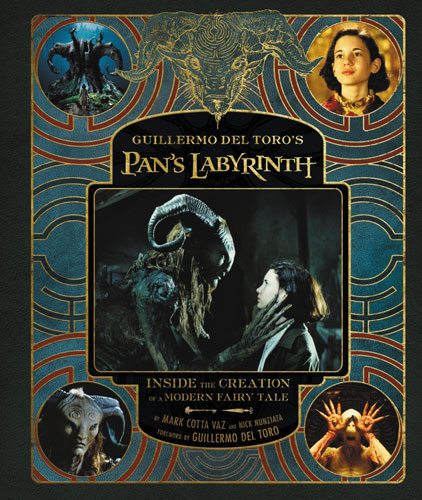 Guillermo del Toro’s Pan’s Labyrinth: Inside the Creation of a Modern Fairy Tale by Mark Cotta Vaz and Nick Nunziata

It has been ten years since the release of Pan’s Labyrinth, del Toro’s movie about a young girl caught between two worlds: a brutal war in Spain, and a fantastical kingdom hidden in a labyrinth. The film is filled with monsters, both above and below, and Ofelia has to navigate her way through many dangers.

This book is a gorgeous hardcover filled with photos, concept art, and pages from del Toro’s notebooks, as well as stories about the production and interviews with many of the people involved in the making of the film. If you’re a fan of the film, you’ll love poring over this book, too. (Can’t get enough of del Toro? Be sure to check out Guillermo del Toro: At Home With Monsters, which I mentioned in an earlier Stack Overflow.)  [Jonathan — Review material provided by Harper Design] 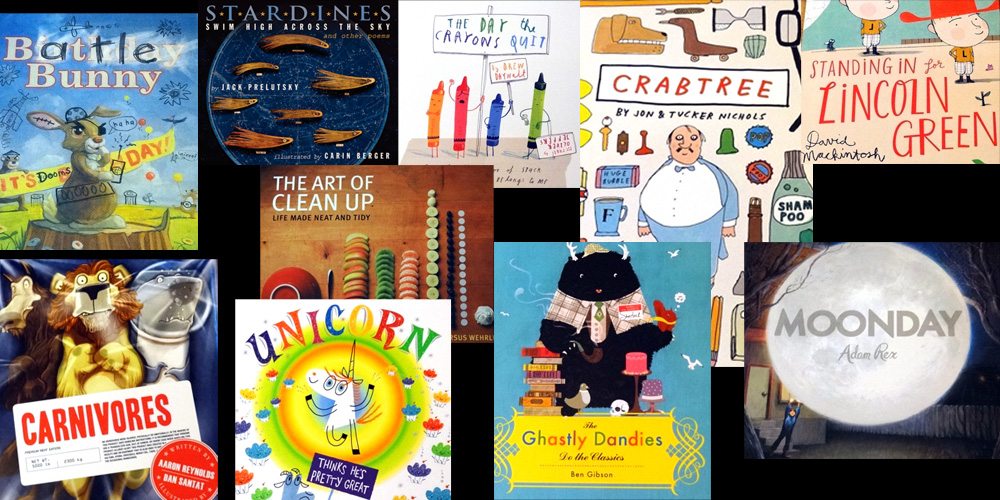