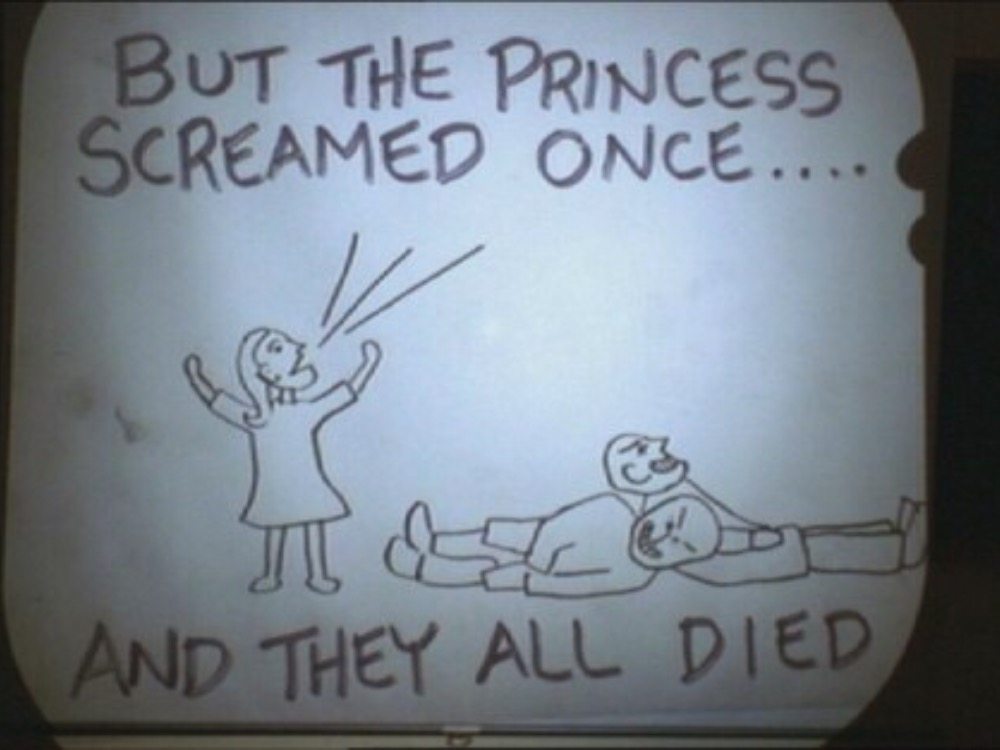 Can’t even shout, can’t even cry
The Gentlemen are coming by
Looking in windows, knocking on doors
They need to take seven and they might take yours
Can’t call to mom, can’t say a word
You’re gonna die screaming but you won’t be heard.
“Hush,” Buffy the Vampire Slayer

Everyone has a Gentleman. Gentleman is the guy that everyone thinks is sweet and kind. They seem unassuming. Every girl really likes him as a friend. That friendship is the one that always somehow ends up blossoming into romance.

And all the other girls think, “She’s so lucky. He’s such a nice guy.”

Gentlemen are the ones we assume are the hidden gems. All the girls watch you and Gentleman and tell you how lucky you are. “Look how much he cares about you.”

You do look. Because everyone just told you how amazing he is, you try to be worthy of his love.

You realize that you’re not able to spend as much time together as he’d like because he types slowly. So, you start having him dictate his papers to you because you type faster.

He’s particular about his clothing and spends an inordinate amount of time ironing his clothes. You’re done with your work early, so you start ironing for him so you can watch television together.

He needs to have the television on while you study, even though you like it quiet.

He promises you that while you are both on summer break, he will be sure to drive the forty-five minutes to visit you. Even though you’re working full time while he stays home with no job, he’s too tired to visit you. He’s awake every Tuesday at 6am to visit Toys”R”Us to check out the new shipment of action figures, but that’s so exhausting that he can’t come visit you at all. So, you drive to him. 45 minutes up. 45 minutes back. He goes out to dinner with you for 20 minutes before telling you he’s tired.

So you break up with him. You decide that you’re no one’s serving girl.

And one morning, before everyone comes back from summer break, while you’re in your dorm room alone because you’ve moved in early, you hear a knock. Assuming it’s your roommates, you open the door.

And in that moment, you hold your resolve. Your anger bubbles up. You feel it rising like bile about to spew.
His face is wet. Tears are rolling down his cheeks. The apologies flow at the same speed as the tears. He loves you. He needs you. He had no idea.

You are weak. You say yes.

And as your friends and roommates file back into the dorms, they are thrilled because the whole group dynamic is safe.

You type papers. You iron clothes. You engage in physical experiences that you start to question. He never asked. He waited until you suggested it. Somehow, he’s no longer aroused by you in the same way. You have homework but you also have a duty. So you move on to another experience to speed up the process. And another. And another.

And you cry. Silently. The tears roll down your cheeks as you sit in Trinity Church in Boston because you are ashamed and don’t believe God should forgive you.

There’s an accident with a condom. You drive home to your parents’ house since they live nearby. You are clearly drunk. You scare them. You call to tell him you’re safe. He has passed out and doesn’t answer. You find out two days later.

There’s a morning after pill. You lie in his bed under the covers wondering whether the cramps mean that you’ve terminated a fetus that you’ve been raised to believe is killing a child. He goes to class and tells all your friends you have the stomach flu.

He promises to take you on dates. He misses them. You are stranded waiting for him while he goes out for hours making you wait. His roommate takes you to the movie he was supposed to take you to.

You win an award he feels he should have won. You go on a trip. Over the phone, he accuses you of cheating. He refuses to believe that you were spending time with a male friend but doing nothing with him.

When you come home, he hands you a painting he made for you because he was thinking of you.

Because you are 19 and your mind is younger, you fall in love all over again.

He makes promises. He breaks promises. It’s your fault that your feelings are hurt.

After 18 months, you realize that your silent tears have become your bondage. He doesn’t need rope or chains to bind you to him. He has done it through the silence of your tears and your isolation. He has broken you. He has broken your bonds with your friends.

And as you break up, because you have the same friends, you promise that you will both stay silent as to the reasons.

This time, you don’t cry. You are just

You make new acquaintances. You forge a new life without him, without them.

That silence is his continued power over you. That silence means you cannot listen as people expound upon his wonders and his exploits.

“Because you’re still friends! It was an amicable breakup!”

But they start spending more time with him. You spend more time alone.

One night, a mutual acquaintance informs you that he’s worried you’re becoming an alcoholic without him. That he’s told everyone his reasons for the breakup and told everyone how worried he is.

The thing is that the emotional abuse doesn’t need to be obvious.

He needs your silence.

“If you didn’t like it, why didn’t you say anything?”

Your silence is your shroud. As the part of you that existed before him dies, you mourn it. Silently.

Our silence is the common denominator. In the face of the emotional abuse, our silence is what allows it to continue.

When you first speak, your voice is tremulous and unsure. It starts as a whisper. The cacophony of disbelief drowns out your words.

“But he’s a great guy! You misunderstood! You’ve never complained before!”

Silencing once more your tentative voice.

Today, I am a Slayer. This is me breaking my box. As my husband noted, “This is your story to tell. It is who you were then, and made you who you are now.”  I can break the Gentleman’s box for myself and for the community of women like me. I have the power to do that, to show other women that we do not need to let those who stole our voices keep them. With the privilege of a place of broadcast comes a responsibility to others. If I have a place where I can show others that they’re not alone, then I have a responsibility to do that. I will break the box and explode the Gentlemen.

Gentlemen lose their power when the princess screams. My Gentleman had power until today. What about your Gentleman? Or yours? 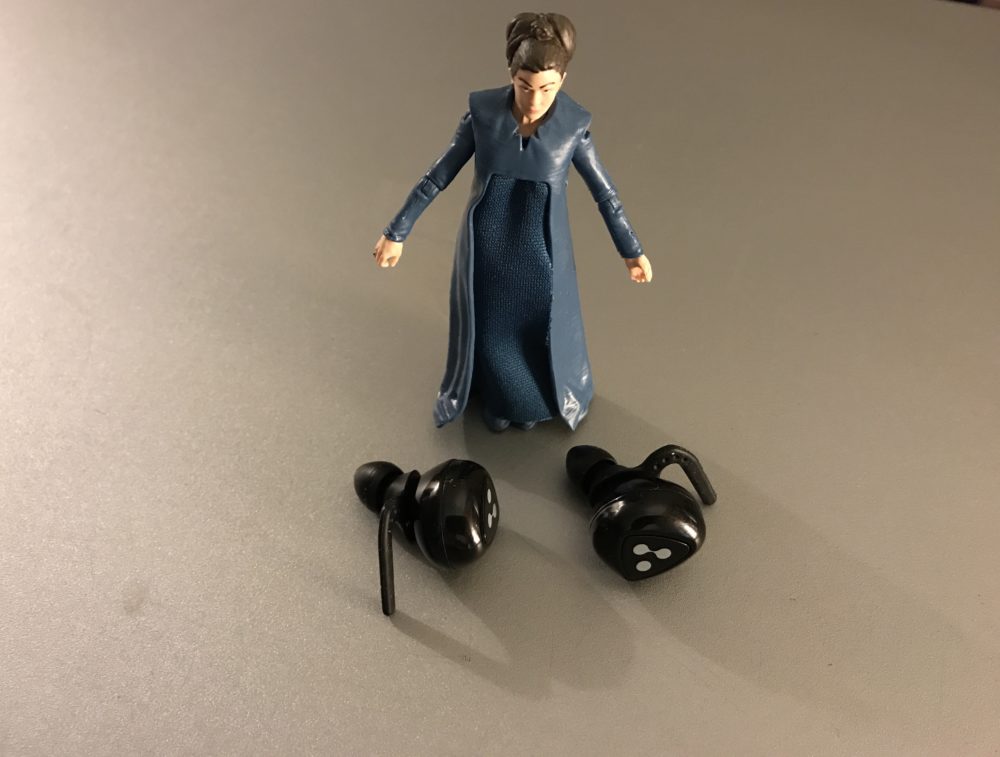 Celebrate the History of 'Peanuts' with National Franklin Day

2 thoughts on “When the Princess Screams”