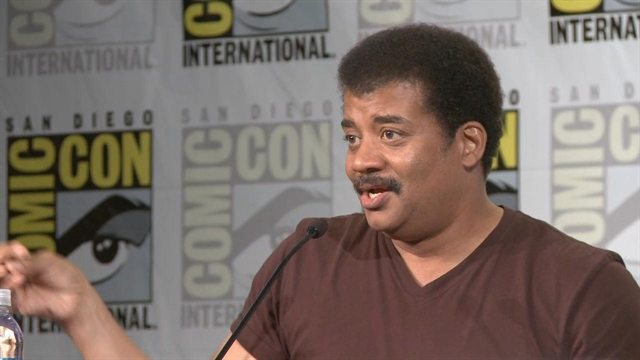 I’ve been attending a variety of cons for years. Large, small, niche, and broad. All those cons have evolved in terms of content—expanding well beyond the celebrity panels that dominate the headlines. In recent years, I’ve noticed an interesting uptick in science at cons featuring scientists and science communicators discussing all manners of topics. Last year, I dove into this arena by speaking at the science track at DragonCon and the Science of Science Fiction panel at Silicon Valley Comic Con. I was blown away at the depth of science content, the vast array of science topics, and the overwhelming response from fans. I decided to speak with the head of the DragonCon science track, Stephen Granade, to get his perspective on this development, how parents can expose their kids to good science at cons, and where this is all going.

The following conversation has been edited for clarity and brevity. The author is a panelist at the 2016 DragonCon science track referenced in the interview.

GeekDad: Before we talk science at cons, what do you do for your day job?

Stephen Granade: I am a Principal Research Analyst at Dynetics in Huntsville, Alabama. They are a R&D company that works with NASA, the army, and various car companies.

GD: What does that mean, day to day?

SG: My degree is in physics, during which I did a lot of optical work. After graduate school, I transitioned into an optical engineer role, leading to work on sensors, camera, and specialized lasers that measure distances and orientation of things. My early work was on docking sensors for NASA, so, for example, if we ever wanted to send a robotic mission instead of a crewed mission, then the robots could navigate themselves. These days, I’m doing similar work for the Army on the sensors they put on their UAVs.

GD: You clearly are interested in science communication and cons. Where did that develop?

SG: It’s one of those things that happened organically and one day I said “Oh – this is what I should be doing.” When I was an undergraduate, I ended up majoring in Chemistry, Physics, with theater on the side. I ended up being involved with some science fiction conventions on a volunteer basis. I joined up with the tech ops folks – the AV nerds of DragonCon. On my first visit in 2003, I was promptly overwhelmed with 10,000 people across two hotels. Now it’s 80,000 people across five hotels.

That first year, I was part of a crew of 10 people, probably with the work of 50. Through some hectic times and mildly heroic acts, we made it through. I really enjoyed the time, that combined my theater skills and professional skills in a unique bonding experience.

GD: Where did the science come into the equation?

SG: They did have a science track in 2003, but it was a couple years before I was discovered a physicist lurking among the volunteers. I was invited to give a 50 minute talk – and I chose laser cooling of atoms which was a hot topic in those days. So I thought about how to talk about Bose-Einstein condensates to non-physics people and it went really well. The next year, I gave two talks. Soon I was giving a bunch of talks and was on panels. By 2014, I took over the entire science track.

GD: How many science programs—panels, talks, etc.—are in the DragonCon science track now?

GD: Wow—that is an incredible amount of science content. DragonCon has been a leader in science for a while. How do you see science at other cons?

SG: I was surprised to discover to that a lot of old school cons, books and sci-fi ones, that tended to have a science track and do science programming. I go talk science at BaltiCon, which has been going 50 years – and it has a science track all these years. I see that now percolating in the bigger conventions, like DragonCon, with the rise of more organized science communication groups.

GD: How would you describe the audience appetite for science at these cons?

SG: It’s been really really good. When I was a graduate student, I taught a lot, often to somewhat reluctant students. When I got to DragonCon’s science track, the people that were coming really wanted to be there. They could have gone to see the various actors from movies and TV, they could have been talking about Star Wars or Star Trek, but instead they came to hear about the Higgs Boson and dark matter. They’ve already made the jump to being interested in the topic and that audience is only growing with time.

GD: I had some preconceived notions of what science would look like at a con. We’d get a lot of Science of X, where is X is some sci-fi or fantasy series. But you mentioned the Higgs Boson—some really hard science. I was surprised at the depth of information that the audience wanted. They wanted almost technical detail. Is it the science itself that sells or the science of X?

SG: They are different and only mildly overlapping audiences for the deep dive into hard science versus something that’s bridging the gap between science fiction and science fact. We do a blend of the hard science, pop science, some on science communication and outreach, and straight up entertainment with a science flair. And there are good audiences for all of those.

GD: One thing I found unique about DragonCon is that you try to do hands-on science catering to a whole difference audience type. How successful has that been?

SG: I freely admit that I stole this idea from Dr. Rubidium, who started a hands-on science area at GeekGirlCon. There, the hands-on science runs the entire length of the con. They have 14 stations where you can experience doing some small science experiments. In my experience, the adults are oftentimes just as excited as the kids, because they haven’t done it before. The response has been really great – it’s often our highest rated things we do during the science track.

GD: You are a parent. Families at cons can be tricky endeavors. How do you handle science in the context of a con?

SG: One of the directives that has come down to all the directors at DragonCon is that we should recognize that families are emerging as an audience and we need to be programming with that in mind. We get a lot of pre-teens and teenagers coming to our science talks – we try to be mindful of that. As the afternoon and evening wears on, you’ll see a shift toward darker and adult topics, like our panel on “How to Get Away with Murder” talking about the science of disposing bodies.

GD: Stepping out of your role as science track director and that of a parent, your kids are almost as old as your interest in going to cons. Do they come to cons with you and how do they rate their experience with science?

SG: My kids don’t come to DragonCon, mostly because I work the entire weekend from 8AM-11PM, pretty much everyday. But I have taken them to some local cons. They came to my “Science of Pacific Rim” talks and really enjoyed it. My son is really into the new run of Doctor Who and he seems to be in a perfect age to get into it. We also haven’t said, “Thou shalt go to this,” we’ve presented it as an opportunity as they’ve become more interested in science.

GD: Acknowledging that all cons are different, how well do you think cons are handling science overall?

SG: The things that I have seen have been very good. It’s one of these cases where the rising expertise and quality of science communication is making it better across the board. Early on when I got started, it was little bit like Moses coming down with the tablets, with the scientists “presenting” the knowledge you didn’t have. That’s been shifting as people recognize that’s not the best way to communicate science as it tends to be off-putting. Now, its much more of a give-and-take, much more of a conversation.

GD: What’s your wish for science at cons going forward?

SG: I’d really like to see greater diversity across the board. A lot times when I go to science tracks, it tends to be a lot of people like me – middle aged, older, white physicists. I’m looking for a wide variety of voices in terms topics, like psychologists and people studying scientific ethics, in terms of age ranges, because scientists aren’t all middle aged and crotchety, in terms of ethnic backgrounds, life backgrounds. Science is not done just by one set of people, but sometimes its easy to let our conventions give the impression that it does.

GD: Can you give us a preview of this year’s DragonCon science track?

SG: One of our hallmarks from years past was “Evil Geniuses for a Better Tomorrow.” After a break for a couple years, I really want to bring it back because its really entertaining to hear scientists and engineers talk about how they would destroy the world. There are a lot of cool discoveries in the past year, CRISPR gene editing, the discovery of gravitational waves, and even a potential new planet in our solar system.