Last week, we were cleaning out the closet and ran across an old circa 1949 Sawyer’s View-Master Stereoscope, which had been passed down from my husband’s grandparents.

Covered with dust and long forgotten, this little metal precursor to the red plastic version I had as a kid immediately brought back memories of looking at those little paper and film discs of favorite stories or Disneyland attractions.

The “modern” form of virtual tourism was first patented in 1939, based on the original stereoscope views created a century before that.

The description on the Reel List even felt nostalgic. I could almost hear the Ward Cleaveresque tone of the narrator as I read:

“If you have ever looked through an old-time Stereoscope, you’ll remember the thrilling fascination of three dimension pictures,” it described. “Add the vivid full color of Kodachrome and you have the breath-taking ‘come to life’ realism of View-Master stereoscopic pictures.”

With this nifty viewer, I found four sets of “stereo picture reels” for my 3D viewing pleasure: “Colorado, U.S.A.,” “Washington, D.C,.” “Carlsbad Caverns,” and “The Coronation of Queen Elizabeth II.” These were basically just three discs (seven images each) made of cardboard and film. These are contained in envelopes with mailing label space on the back so they could be sent as gifts. The included Reel List had at least four hundred disc packs to collect, mostly United States and world travel, but also books and fairy tales, holidays, religious study, movie stars (like Roy Rogers), comic book heroes including Tarzan and, and Sawyer’s own original View-Master serial, “The Adventures of Sam Sawyer.”

According to the price list, these sets were 35¢ a piece (or three for a dollar if you’re feeling a splurge coming on), and the stereoscope viewer itself was two dollars.

You know what? These images are clear and still really good 3D, even by today’s advanced standards.

I showed it to my youngest, who, at age 7 has already experienced the world of the modern Virtual Reality View-Masters, and to my surprise she loved it. My teen sat down with her, and soon they were going through reels and clicking away. No app. No smartphone. Just the strength of their index fingers on the little lever.

I’d like to say it’s refreshing to finally see kids enjoying these “old timey” toys, but this reaction is nothing new. My kids, and plenty of other kids I’ve seen, still really seem to eat up these low-tech toys, even with the unlimited amount of admittedly impressive battery-operated and app-driven devices on the market.

Here are four examples of low-tech (or no-tech) gadgets that are still very entertaining today:

Wind-Up Toys. They come in Christmas stockings and holiday gifts, Easter baskets, birthday goodie bags, and kids meals and carnival prizes, but these little mechanical gear-driven toys, which date back to nearly the 1500s, still operate on nearly the same clockwork principal. The wind-up key is almost the universal symbol for “toy.” There are even companies that will install giant turning “windup” keys to small car models to make them look like big toys. My girls have collected old-fashioned tin hopping frogs, plastic dinosaurs that plod and wave their little arms, fish and seals that swim, teeth that chatter, critters that flip, and many other little bouncy, hoppy, crawly beings. Most of these cost less than five dollars. Others are works of art, like the $20 plush Kikkerland Wind-Ups that remind me of artist Theo Jansen’s wind-driven Strandbeests creations.

Whirlygigs and Gyroscopes. These classic toys are wonderful beginner physics lessons for kids. Handheld propellers are the simple wooden or plastic toys consisting only of a single propeller attached a dowel. When the hands shift in the correct direction, it will take off flying. This toy has been around since the Renaissance era, great inventors from Leonard Di Vinci and the Wright Brothers are said to have played with them while studying the concept of lift. We’ve picked these up as convention giveaways or a little “country stores” on road trips. Even my youngest can get some serious air from these devices when given a good outdoor space and a few practice tries.

The gyroscope, a lesson in momentum, is simply a wheel or disc that rotates on an axis, and a more advanced version helps assist in stability and navigation of everything from bicycles to the Hubble Telescope. A detailed description of how they work can be found on How Stuff Works. The classic retro gyroscopes by Tedco are about $12 for a set of two. I keep gyroscopes on my and my kids’ desks, for some brain refreshing time during homework. There’s something very therapeutic about watching this little metal disc spin when perfectly balanced.

Wooden Labyrinth and Sphere Mazes. This original Labyrinth wooden table maze, a test of hand-eye coordination, was created in Sweden in the 1940s and is still just as challenging today. The object, for those who don’t know, is to get a marble through a little maze by using little knobs on two sides to tilt the game’s surface. My brother got a labyrinth for his birthday once when he was a teenager. Although I wasn’t even eight, I would steal this cool looking wooden box from his room and drive myself crazy trying to maneuver that little metal ball through its wooden platform of holes and dead ends. I don’t remember if I ever completed it, but I remember how each hole I made it past was a personal victory.

My oldest loves this next step in ball maze evolution: the Perplexus spherical maze. This clear plastic ball includes an intricate little obstacle-filled maze that can be played anywhere. Since it’s held in the hands, you don’t even need a flat surface. This maze’s inventor, Michael McGuinness, created it for an art project in the 1970s, but it wasn’t until around 2008 the idea was on it’s way to becoming an award-winning toy. There’s also a Star Wars Death Star-themed Perplexus, but it requires batteries for its light up center.

I have personally never completed that confounded orb, but my oldest has come pretty close. Until then, it’s still a tempting piece to keep out in plain sight, as it’s easy to just pick up and start fiddling with.

Building Sets. I could spend several paragraphs just talking about the various building toys and sets that are still loved, but I’m pretty sure most parents, or kids, know all about most of these. These include the snap together building blocks like LEGO or MegaBloks, wooden stackable blocks or Lincoln Logs (which turn 100 this year), Tinkertoys, Connectagons, Bristle Blocks, and any number of plastic, wood, or metal pieces that click, snap, latch, or interlock to create structures limited only to the imagination. Any kid with more than one of these sets on hand often ends up doing a multi-media building creation using a little of each.

Let’s not forget the classic Erector and Meccano sets with their rivets, gears, wheels, and other assorted building pieces, complete with handy tool to help built them. I talked about our family’s experience with a simple Meccano erector set in my March article “Why We Love to Take Things Apart and Put Them Back Together,” but there are some sets, like the “Meccanoid” Robot, that break into more high-tech territory. 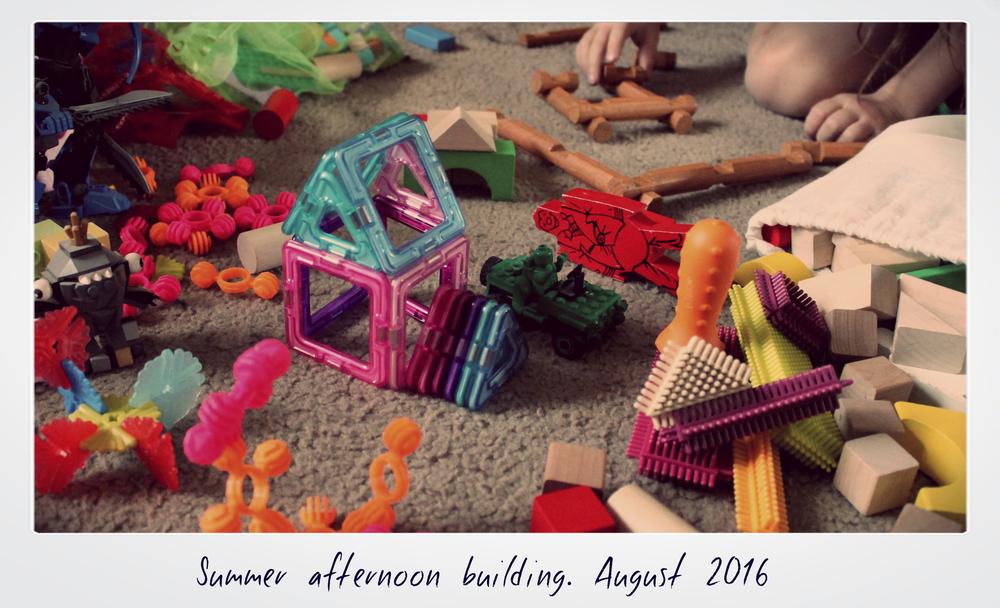 Why are these simple, “old school” playthings still so popular, when there’s an endless amount of augmented reality games and apps, 360° virtual reality adventures, nearly lifelike robotic figures, and video games with literally more than 18 quintillion planets to explore?

The short and obvious answer is, these things are still extremely fun.

However, there’s more than that. These toys give the user a chance to be directly engaged in the action. When the repetitiveness of swiping an image, tapping a flat surface, or pressing the same few buttons on a controller gets monotonous, the satisfaction of making something happen completely by your own power is rewarding. We want to crank that lever, twist that knob, pull that string, turn the wrench, snap together those pieces, and build that tower.

We are fortunate to be able to introduce our children to the high-tech toys, where they can learn coding, create virtual worlds, and carry an entire universe of characters on a small tablet screen, but we’re also thankful they like to feel the texture of a smooth wooden block, or hear the whir of a gear, and see a photograph without digital enhancement.

It isn’t just letting them enjoy the toys of their parents’ childhood to get in touch with the past. It is about helping them discover their own skills, passions, and talents for the future. 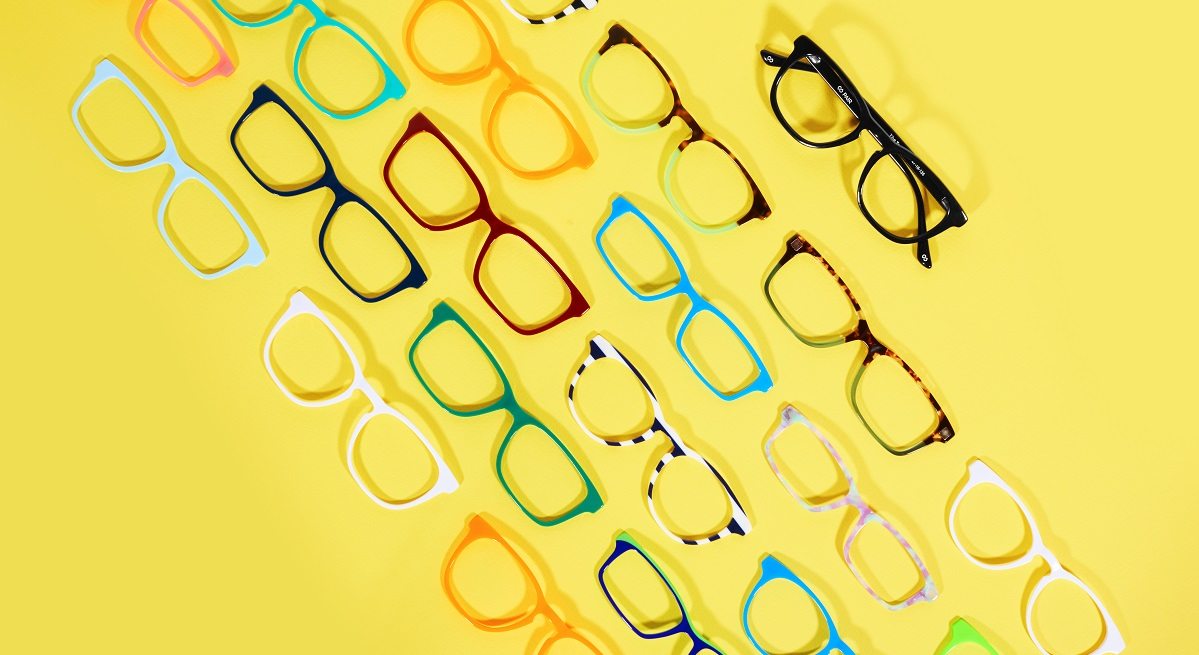 Pair Eyewear Needs an S: It’s All About Multiple Pairs 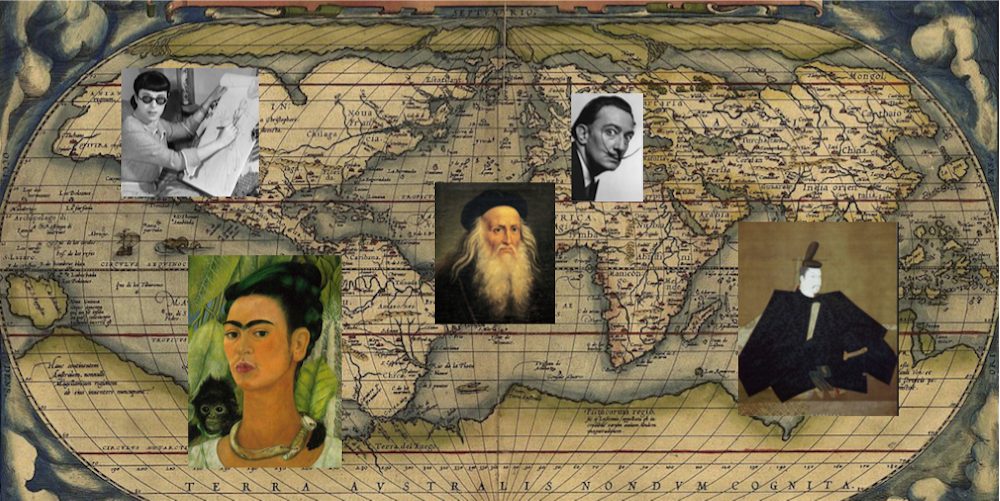 Be the Artist Exploring the World This Summer

Between the Bookends: February 2015