I went to see the musical Kinky Boots last week. It’s been getting great reviews, the music is by Cyndi Lauper (whose music I grew up adoring), and heck, it made for a nice date night. I donned my own red boots (alas, they are short boots, and the color’s closer to burgundy – for shame!). Let me start by saying the performance was wonderful. It was perfectly cast (Jim J. Bullock from Too Close for Comfort!), the set was great, the music well done, the lighting flawless, the dances well-choreographed, etc. etc. My issue was not with the performance, but with the story itself, for reasons I will now delve deeply into. Consider this your warning that this post is basically one big set of spoilers, so plan accordingly. And if you’re already rolling your eyes at the title, you may not want to read what is going to be a critical analysis of the story pointing to evidence that Kinky Boots is essentially a musical celebration of white male privilege.

Kinky Boots is the story of Charlie Price, a white boy whose father owns a shoe factory that he assumes Charlie will one day take over. Only poor Charlie’s problem is that he doesn’t want to own a shoe factory. He doesn’t know what he does want, so he follows his girlfriend to London. From the start, his girlfriend is regarded as pushy, demanding. She is the one who wants to move to London. She wants a particular pair of fancy shoes (which she later selfishly buys for herself, not wanting to wait for him; yet rather than applaud her self-sufficiency, it is seen as an affront to Charlie, proving her lack of belief in him). And later, her suggestion to follow his father’s plan to sell the factory seals her place in the antagonist column and ends their relationship.

Soon after moving to London, Charlie learns of his father’s death, and he returns to his hometown. There he realizes the livelihood of those who have worked at the factory as long as he has known them depends on the factory. Only, they have an overstock of shoes that they can’t sell. He heads to a bar in London, meets a friend who agrees to help him off-load the shoes.

On his way out of the bar, Charlie happens across two men accosting a woman. He thus meets Lola as he steps in to rescue her. Only, Lola needs no rescuing, and instead Charlie gets knocked out. So after fending off two potential muggers on her way to work, Lola brings Charlie into her club and makes sure he’s okay. Charlie discovers that Lola, a transvestite, has found a place in her world where she is accepted for who she is. And in our hero Charlie’s mind, the greatest trouble she faces is that she cannot find gorgeous boots that can support a man’s weight.

He returns to his small town (he may or may not have stayed with his girlfriend in their shared flat during his visit to London as she conveniently disappears from the story at this point, relegated to plot-device status) and feels he must close the factory because nobody is buying his shoes. He tries to lay off his employees one by one, until one woman, Lauren, points out the obvious — that if nobody is buying the shoes that he’s selling, he needs to make shoes people will buy. Finally, the bells go off and he decides to exploit the untapped market of drag queens and make fashion boots that will support a man’s weight.

Now, it’s not enough for him to be wholly unqualified to run a factory. He promises Lola amazing boots, yet discourages her from visiting the factory, assuming that everyone at his factory will share his underlying prejudice against transvestites. He “jokingly” uses different disparaging terms for transvestites. This is meant to be a running joke throughout the story, but in light of the rest of his behavior, it conveys the danger of such jokes. Charlie Price, as our hero, is given the benefit of the doubt as to his motives in joking. But his behavior shows that his actions come not from camaraderie but a blatant disregard and unwillingness to take the time to learn how someone wants to be addressed.

Lola and her girls arrive at the factory, and after Charlie gets over his shock (when he sees the brilliant designs Lola comes up with), he “convinces” Lola to become involved with his project. He guilts her into helping by belittling her fears. He does this not because he believes what he’s saying but because he needs her. He casts her as selfish if she doesn’t help Charlie on his quest to save the factory (that he still has no business running).

So Lola agrees. And she arrives, dressed not as Lola, but as Simon, the man behind the dress. Indeed, Simon decides to subdue what makes him comfortable in order to conform to the norms of Charlie’s world. It overwhelms him, as he is immediately mocked by the very people he has come to help, and he locks himself in the men’s room.

Here’s a pivotal moving scene in the story. Charlie goes in to talk to Simon. They bond, they connect, they share a song. They realize how much they have in common, and work begins. Only, Charlie is dissatisfied with Simon’s behavior at work, having expected Simon to embody Charlie’s image of the employee Charlie wanted. He expects Lola simply not to exist, treating Simon in much the same manner as Simon’s dad had treated him. That they had bonded over this very frustration doesn’t matter to Charlie.

This disregard for others continues in Charlie, as he continues to ignore his girlfriend/fiancée, and even mortgages their shared flat for money to support the factory without consulting her. He continues the name calling, becomes more and more demanding of his employees as the pressure builds (and the Milan fashion show trip approaches). He promotes Lauren to a job with no regard for what the job entails or her qualifications (which conveniently make for a perfect scapegoat when things go wrong), and he refuses to listen to anyone else’s ideas on how to solve problems. No, he is close-minded and arrogant.

Finally, he reveals his true disregard for Simon, who he supposedly bonded with, and Simon leaves. Yes, Charlie calls and apologizes eloquently. He realizes how mean he was, that he had crossed the line (all the smaller lines crossed being conveniently ignored). He heads to Milan, and daringly wears the boots himself. He shows he’s willing to embarrass himself. Of course, he has no choice. He couldn’t hire models (since he couldn’t afford them), and he had refused to consider Simon’s suggestion to use Lola’s dancers. Of course, Lola comes through in the end; she and her dancers arrive and are, of course, marvelous.

Okay, I get it. Everyone’s tired of hearing about white male privilege. Why can’t we just enjoy a story without analyzing it to death? The problem is, once you put the glasses on, everything gets put into clearer focus, and it’s hard to take them off without knowing that something’s off.

So maybe it was the fact that Olympic swimmer Ryan Lochte’s recent actions in Rio (drunkenly pissing on a building, causing property damage, getting into a brawl, then lying to cover it up) were dismissed as being a mistake, while non-male, non-white athletes were criticized for doing much less (wearing too much or too little makeup, for example). Maybe it’s Brock Turner and other rapists getting a slap on the wrist out of concern for the harm that jail time would do to them (which, I thought, was kinda the point of punishing people for their crimes). Maybe that’s why I left the theater feeling less than cathartic.

See, in Charlie’s mind, his actions are justified because it’s helping others. His heart’s in the right place. He has songs sung about him. He is the hero of this story, and that is the problem. Yes, Lola is the real hero, but this is Charlie’s story, the narrative is in his point of view, and the story is structured to make us overlook, nay forgive and accept, all his faults.

Let me repeat that. We are asked to accept Charlie for who he is. Simon challenges Don (the villain-apparent) to be a man by accepting someone for who they are. That is a wonderful message. So Don does. He accepts Charlie. After the factory workers walk out on Charlie for being a demanding ass, Don accepts him and convinces everyone to return.

I suppose in being accepted for his faults, Charlie is finally able to accept Lola, which leads to the aforementioned heartfelt apology. But. Ugh. That moment just felt ugh. We as an audience are expected to feel good because the close-minded white male factory-worker could accept the flaws and foibles of the white male factory owner that he had known all his life. Don is a real man because he forgave Charlie. Really? That makes everything better? And everyone else went along with it, neglecting their lives and families to work long hours because they too can accept Charlie for who he is. It must be nice.

Only, for a vast majority of the population, it isn’t nice. I’m not trying to rail against white men. I am only suggesting that if we as a society wish to move beyond a space of white male privilege, our stories ought to get there, too. That this story has been so acclaimed and celebrated tells me that the underlying issues have not been noticed, and that’s too bad.

I’m not saying that you shouldn’t go see and enjoy Kinky Boots. On the contrary, I’d love for you to see it and enjoy it. But maybe, just maybe, you can also detect the cultural bias that is present. And then maybe, just maybe, it can help illuminate the same bias in the real world. 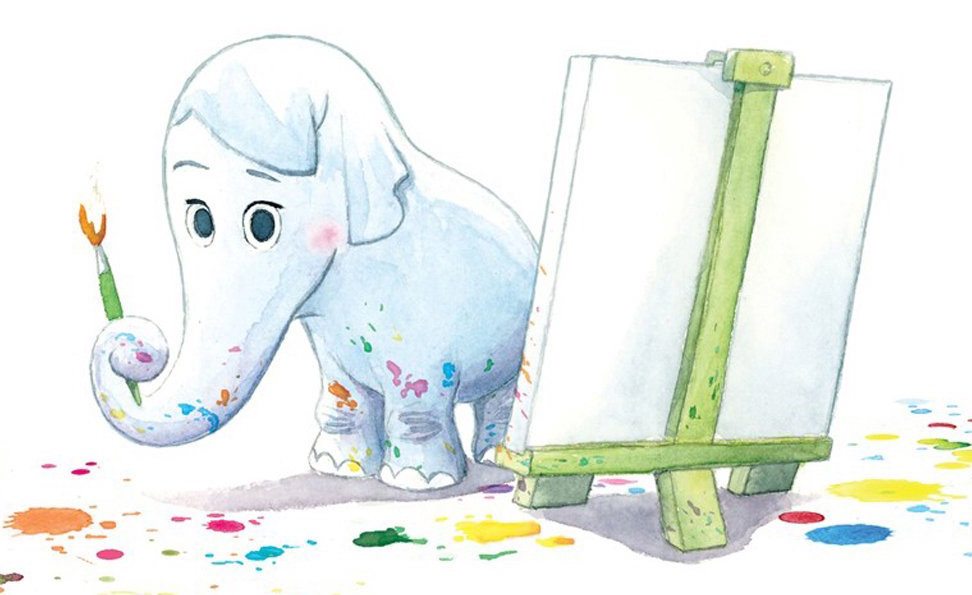 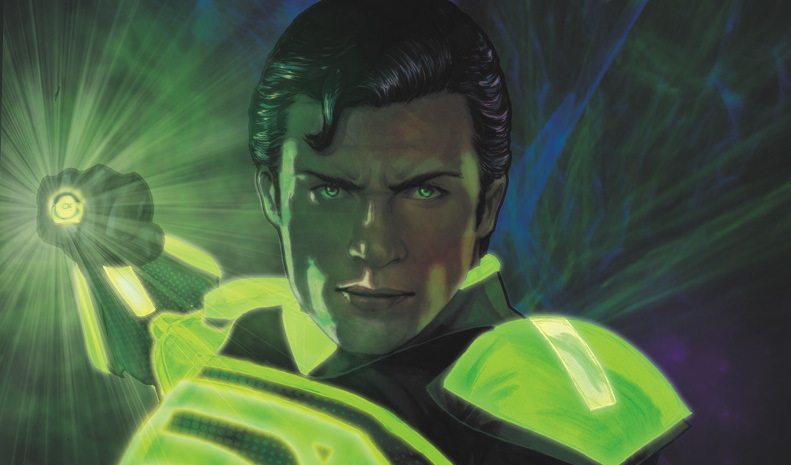