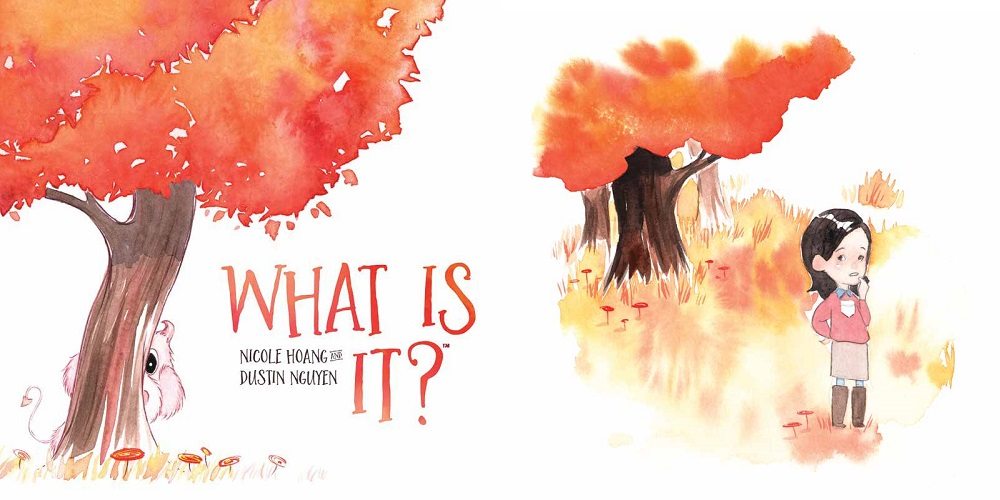 There is – admittedly – sometimes a fine line between what constitutes a picture book and a graphic novel. They often have a lot in common, and it’s not surprising to find that many illustrators straddle that line and work in both media.

Traditional publishers long ago embraced the graphic novel format, and companies such as Scholastic (through their Graphix imprint) led the way. Comic publishers have been a bit slower to move in the opposite direction and put out picture books or novels. It’s not unheard of, though. First Second Books recently published their first children’s picture book (Ben Hatke’s Julia’s House for Lost Creatures) to near universal acclaim.

Now BOOM! Studios is following suit. Their all-ages imprint KaBOOM!, which has been home to some absolutely amazing monthly titles, is leading the charge with Nicole Hoang and Dustin Nguyen’s What Is It? 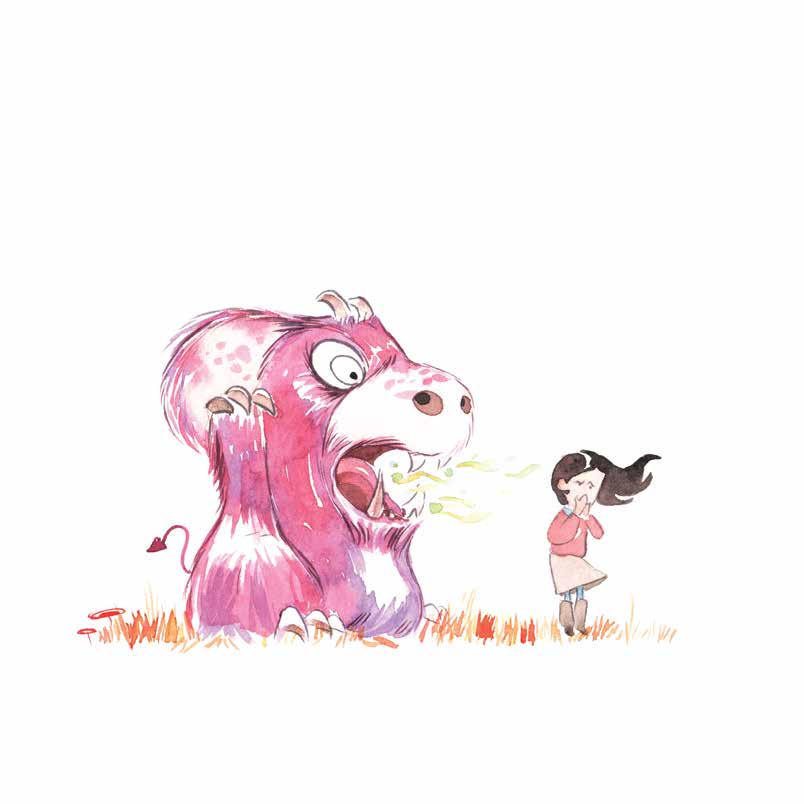 Dustin is perhaps best known for his illustrations on Batman: Li’l Gotham (DC Comics) and as creator of Descender (Image Comics), but the story behind What Is It? is what makes it special.

When Nicole was 10 years old, she created a story about her meeting a strange, rude creature. She handmade it and bound it with yarn. When she and Dustin started dating, she told him about the story in passing. Having remembered this, Dustin, in secret, found the mini-book and re-illustrated it as a wedding surprise. He presented it to her and their wedding guests as favors.

When Bryce Carlson (BOOM!’s managing editor) heard this story, he proposed that KaBOOM! publish it as a picture book. Dustin redid the illustration, which still accompany 10-year-old Nicole’s original story.

What Is It? is a charming book with a simple story told in simple rhyme (keep in mind the author), but the hopeful message at the heart of the book is what makes it a keeper. As the father of a young girl who is beginning to write and illustrate her own stories, the “making of” story behind this book is powerfully inspirational.

Embrace your creativity. Let your imagination run free. Don’t be ashamed of the stories you have inside. Write them down. And most importantly, share them. Share your stories with the world, and make the world a richer place.

Having seen this book, my daughter has been reinspired to let her imagination flow out through pen and ink. Her words and pictures – her stories – are piling up and taking form. And one day? Maybe someone will be writing an inspired blog post about her. 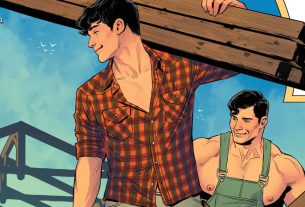