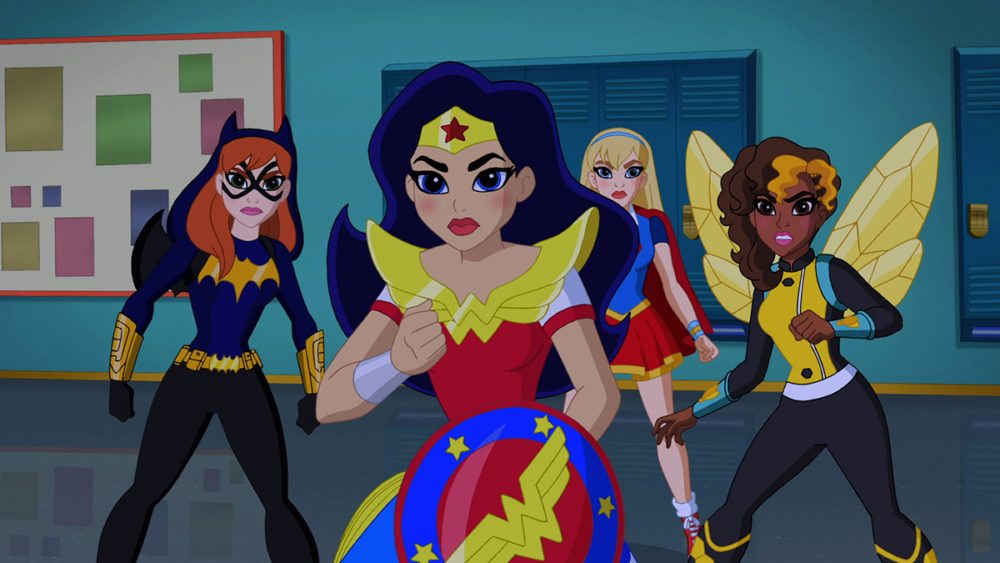 The DC Super Hero Girls franchise has, perhaps unsurprisingly, gotten a lot of love here at GeekDad and GeekMom. For those not familiar with the property, here’s the elevator pitch: take your favorite DC characters and toss them into Super Hero High School, add in the requisite teenage drama plus the whole superpowers thing, and you’ve got a kid-friendly comic adventure with both action and heart.

As the name implies, Super Hero Girls focuses primarily on the ladies of the DCU. The guys are present, with characters like Hal Jordan and Cyborg helping to round out the lineup, but it’s the super-heroines that drive the plot. This was true in the original web series, and it remains so in Hero of the Year, the Super Hero Girls’ first film.

While you’d expect series stalwarts like Wonder Woman and Bumblebee vying for the school’s titular Hero of the Year award to be the focus of this new DVD release, you’d be mistaken, as said competition takes a backseat to both the mysterious arrival of the villainous Dark Opal and to the girl’s own personal struggles and growth. 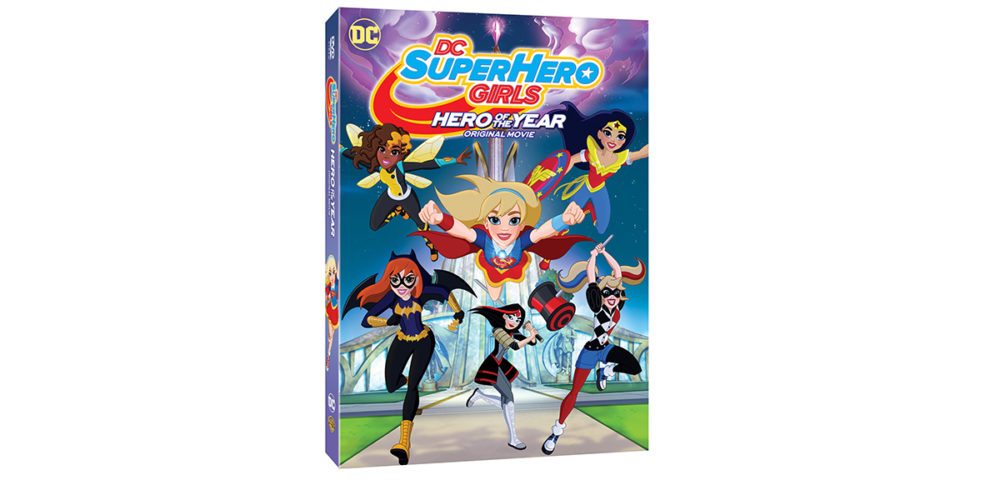 Both Wonder Woman and Batgirl deal with the sizable expectations of their parents—Themyscira’s Queen Hippolyta and teacher James Gordon, respectively—while Supergirl struggles with the very concept of family after the destruction of Krypton. Hawkgirl attempts to teach class cut-up Beast Boy how to behave like a proper, responsible hero while Lady Shiva questions to morals and motivations of the newly reformed Big Barda. And, in the end, Bumblebee ultimately learns that it’s not the size of the bug in the fight but the size of the fight in the bug that truly matters.

Along the way you’re treated to a diverse collection of characters from across the breadth of DC canon—I never thought I’d have to explain to my kids who Crazy Quilt is—voiced by a stellar cast including Tara Strong, Yvette Nicole Brown, and Tom Kenny. The animation is as fun and bright as always (as is the soundtrack), and, if the 72-minute feature isn’t enough for you, today’s release also includes 7 bonus webisodes from the series’ first season.

Whether you’re in the market for a more family-friendly Harley Quinn than Margot Robbie’s recent Suicide Squad portrayal, a slightly less surreal take on Starfire and the other Titans than Teen Titans Go!, or just a fun film to share with your geeklings, DC Super Hero Girls: Hero of the Year delivers. It’s available today on DVD and Digital HD, both of which are currently $14.99 via Amazon.

The Shazzbots Hot to Rock Tots