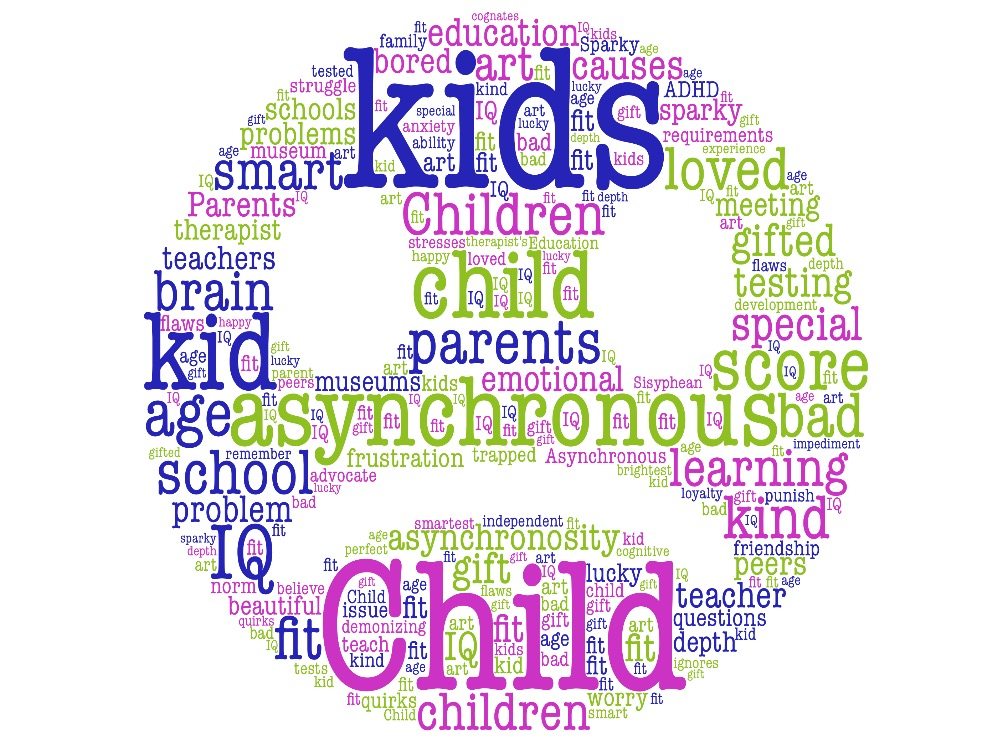 “We all have our gifts. We just open them at different times,” she said to address my concerns.

My concerns, however, were not eased. The condescending tone reminded me that even hinting when your child is 2-years-old that you think they might be gifted gets you the raised eyebrow of doubt.

My Child is an only child. Having never had other children before this one, I assumed that my experience was the norm. Didn’t all children start crawling at 5 months? Didn’t all start talking full sentences by 18 months? At 18 months, didn’t all children look out the car window and correctly guess where you were going?

Besides, ok, even if my child is a bit faster to catch on to things, it’s not that much quicker than others. Not at all.

And in a town where all of the upper-middle class parents have the smartest children in the world because our town very obviously has the intelligence-making-water, my child is really just average or slightly above.

What I didn’t know, or more likely what I refused to believe, was that my child was not average and probably never will be.

Our journey as a family started easily enough. The Child was fast, athletic, entertaining. People would often comment on the Child’s agility.

The Child picked up on other things. The alphabet was memorized early. By 3.5, the Child was sounding out three letter words. By 4, the Child was reading Level 1 and Level 2 books.

By 3, the Child loved art museums. (Even if there was that one time the Child accidentally knocked a loose piece of material off a piece of artwork… In fairness, I did the same with a backpack.)

A lot of people talk about asynchronous learning. They talk about how the difference between the emotional and the cognitive is a problem.

What they don’t tell you is that the asynchronosity leads to demonizing kids sometimes.

By 3, I was getting called in to daycare and getting notes home. “The Child said that we don’t cut off people’s heads with knives.” (No one believed me when I tried to explain that two days previous we had been to a museum and a docent had told the story of a painting about Louis XIV before he was beheaded.) “The Child said that they don’t torment the dog.” (No one believed me that is was because I frustratedly used the word when the Child held a cheese stick in front of the dog and giggled maniacally.)

That was the year we called a therapist. After all, if something was wrong, my responsibility as the parent is to do what I can to try to fix the situation. The Child would curl up on the therapist’s lap and sound out words like “mischievous.” The therapist would tell me she had never seen a child like mine, how smart the Child was, how she was amazed.

In the back of my mind, though, a thought started niggling away at my brain: Was my child a sociopath?

It was also around the time that we contacted the local birth to three administrator. By the time the Child was 4 years and 3 months old, we had experienced the first of many “special education” meetings.

I remember that day so well. Most parents who have kids with some kind of educational impediment or neurological issue have been to one of these. Seven of us sat at a large square table. The assessment checklists that dad, mom, and the teachers had filled out were provided. This would be the second time that my stomach would drop. The teachers had answered questions as though my 4 year old was some kind of miscreant. They had checked off boxes like “destroys other people’s property” and “harms other children” and “is cruel to animals” with the strongest level of agree possible. When questioned about their answers? They shared that the Child had ripped up other Children’s scrap drawings in the coat room and had cut up newspaper that were not supposed to be touched. They share that the Child would push other children. They shared that the Child talked about tormenting the dogs.

My beautiful, articulate child who loved art museums and princesses and superheroes all with equal vigor was trapped twice a week. My child was trapped with people who believed this kid was some kind of serial killer waiting to be unleashed on the world.

By the end of the meeting, I was glad that we were one month away from graduating to another room. The birth-to-three administrator attempted to set our minds at ease. “The Child just seems like a spunky little smart kid who’s bored. Keep doing outside of school what you’re doing. Don’t worry.” She suggested a few other schools, but none were full day daycare for the two days a week I worked. Our hands, as parents, were tied.

As time went on, we kept having to fight these same battles. When a teacher liked our child and was willing to work with the quirks, everyone was happy. We had to stay at the same daycare, and the teacher the following year loved the Child. In fact, the Child loved her. We all still keep in touch, and I can never thank her enough for giving my child back the confidence to feel good about being who the Child is. The Child spend a full school year not once mentioning being a “bad kid.”

At the end of Kindergarten, the Child was tested. The short story was that the school psychologist worked extremely hard at denying the Child the correct testing environment and worked to lower the Child’s scores. Providing the tests before the 5-year-old Child had morning snack and giving the Child no breaks to get up. Making the Child actively ask for breaks. The Child’s IQ score was below what qualifies for the gifted program in town. We fought that. We fought it hard. We did independent testing that brought back a score more than 20 IQ points higher than the school’s testing. The school still refused to note this score in its official special education meeting documentation. When we addressed the actual learning disability that the testing showed, the answer we got was, “the Child is better than others with the same problem. So the Child doesn’t qualify as special education for that.”

These are the stories no one tells about the problems with asynchronous learning. Asynchronosity isn’t a gift. It isn’t a gift for the parents or for the child.

It’s funny, you know. I’ve always been very up front about the Child’s flaws. It’s easier to share the mistakes the Child makes or the willfulness or the stubbornness. These are the aspects of the Child that are like all the other kids I know.

The Child’s asynchronosity causes things like meltdowns over not being able to dress appropriately for a historical re-enactment. That the shoes don’t match the time period. The shirt is too colorful. The historical details mash up in the Child’s head with the age appropriate psychological desire to enact learning through play.

The Child’s asynchronosity cognates friendship and loyalty in an adult way while emotionally not being capable of always engaging it the same way. This causes frustration towards peers who do not understand due to age the same depth of friendship the Child feels for them.

The Child’s asynchronosity leads to asking insightful questions that can also lead to embarrassment by adults or remembering events insistently but not recognizing the need to stop when others say they don’t.

People constantly say, “the Child is so smart! You’re so lucky!” The problem is that the outward appearance of asynchronosity is like the iceberg that sank The Titanic. It shows as benign with the real depth of pain and difficulty lying where no one can see.

When I was growing up, gifted was the titled bestowed upon the most privileged in our school. “You are the best and the brightest” they would tell them. This deification of giftedness leads to two problems. The first is that it creates an aristocracy of the mind. It creates a sense of grandeur and entitlement that leads to, eventually, arrogance or disappointment.

More damaging, however, is that this attitude towards our asynchronous youth ignores the many hidden problems underlying their intellectual/emotional gap. It assumes that their ability to intellectually “cover” or “cope” means they do not need help. It means that because they meet or exceed grade level requirement they are left unprotected by the special education laws that govern our public schools.

Asynchronous kids feel anxious. They find themselves constantly afraid of failure. Teaching them not to worry about being perfect is a constant struggle. In fact, the anxiety can become paralyzing.

Asynchronous kids gets depressed. They don’t fit in. People don’t understand them. If they act out because they’re bored, adults yell at them and punish them. They feel like they’re bad kids.

Asynchronous kids can have learning disabilities like ADHD, Autism Spectrum Disorder, or dysgraphia, and no one diagnoses it because the children are smart enough to cope.

Many of the asynchronous kids I know have ended up being homeschooled. However, for a lot of us parents, that’s not an option.

Parents of asynchronous kids hear how lucky they are constantly. No one realizes all the screaming and frustration that lives behind closed doors.

Parents of asynchronous children have to watch their kids struggle negotiating the social landscape that treats them as outliers no one understands. We watch as our kids dumb themselves down to fit in with peers or to meet teacher expectations. We watch as teachers assume they can teach themselves. We watch as they are left on their own to either sink or swim because they meet the minimum requirements.

Parents of asynchronous children fight for their kids in a Sisyphean battle against administrators whose resources are stretched to the maximum. We understand, despite generalized thoughts to the contrary, that the resources need to be allocated to the kids not meeting the minimum requirements. We also need to advocate for our children. Education is not a zero sum game, but that’s how it gets treated. Our Children need to present something wrong with them to obtain the services they need. Often, even when they do, those needs are rolled up into something that doesn’t protect them entirely.

A few years ago, when I started talking about the Child to a friend, the friend used the term “sparky.” This is the word I prefer. If you’ve ever been around an asynchronous kid, you’d know that their entire being gives off an electricity. Their minds never stop working. Their bodies never stop moving. Their mouths never stop making noise. They appear to vibrate. I once asked the Child what it was like in that big, beautiful brain, and the Child responded, “like a million penises fighting it out.” Well, inappropriate though that may be, it perfectly sums up the sparky kid. You can almost feel the jolts of neural activity emanating off them as the million brain cells fight it out.

Sparky is what I choose to use to describe the Child. My little perpetual motion machine who’s amazing brain brings insights and stresses, whose personality is formed as much by the IQ score as by the emotional development, who is as much a joy as a frustration. 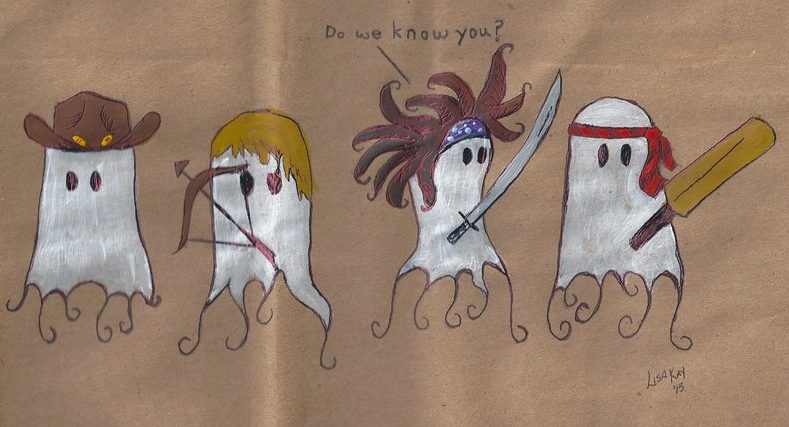 My Open Letter to Fan Art 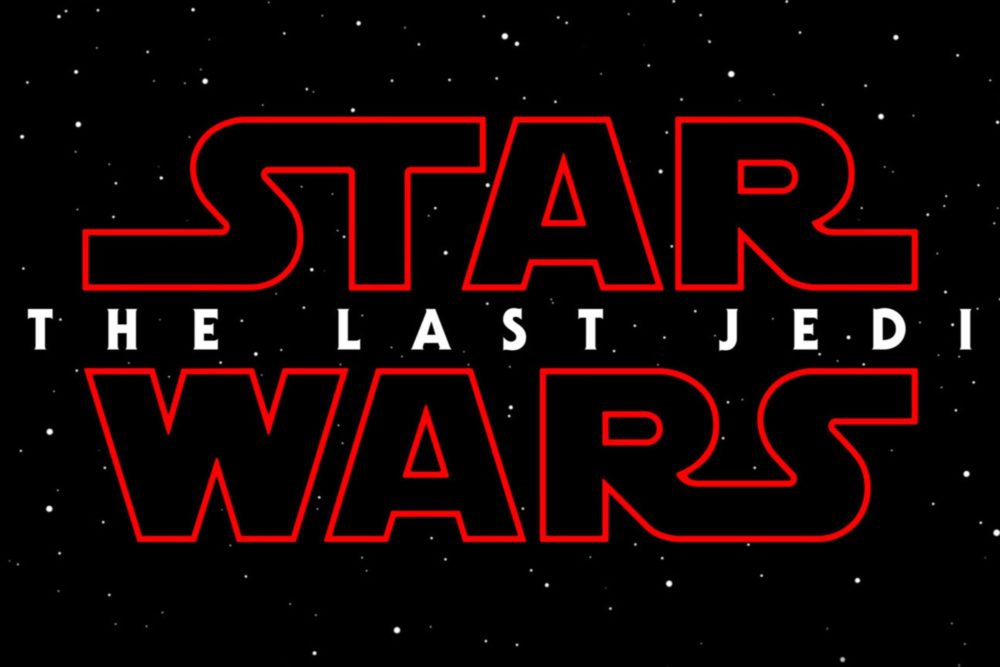 9 thoughts on “Sparky: When ‘Gifted’ Isn’t a Gift”