Time was I finished every book I started. Every word, cover to cover, no whether I loved it or hated it. Why? Good question. I felt obliged, I suppose, because one should always finish that which one starts and because books grow and develop and change, as do those who write them; I was afraid if I quit I was going to miss some sort of revelation, something spectacular. Sometimes my efforts paid of and sometimes I ended up feeling as though I’d wasted my time but there was always a certain righteous satisfaction.

Fast forward a couple of decades. I have a money job, this gig, fiction writing, and, oh yeah, two kids. I don’t have the same glut of free-time I used to. In fact, I have almost no free time at all. Not complaining. I love all of it. Well, maybe not the money job so much, but I do like a place to sleep that keeps the rainwater off and you know, cupcakes. And Funkos. Now, I put books down all the time; rule of thumb is, “if you don’t have my by page fifty, I’m moving on.” There are times I give up sooner. There are times I make it to one-fifty before I throw it back in the library return bin but I feel that, in most books, even hefty ones, fifty pages is a good sample of style, character, and story.

Review books, of course, are a different beast. Those I finish because it would be one hundred percent unfair to write a review of a book, negative, positive, or otherwise, if I hadn’t surveyed the entirety of the volume.

Panacea is a book that, had it not been a review copy, I probably would have put down. And that would have been a shame because, despite the style being not the ideal for my preferences and some of the characterizations being a bit trope-y for my tastes, the plot is fascinating and, even more importantly, raises moral and ethical questions whose answers will become more portentous and crucial as medical science continues to develop.

Think The DaVinci Code meets Indiana Jones meets Parasite by Mira Grant with a touch of the good bits of Medicine Man sprinkled about.

Deputy Medical Examiner Laura Hanning has a serious issue: two corpses, one charred beyond recognition and one partial burned, men who didn’t know one another in life as far as she can determine but who both have the same tattoo on their backs. As her investigation continues, Hanning also links the accidental death of a child to the murders both by association and by the fact that the child, like one of the corpses, recovered overnight from what was diagnosed as a life-long, and possibly terminal, condition. Enter an odd billionaire dying of pulmonary fibrosis who informs Laura both individuals were cured by Panacea, a medicine derived from a specific plant and formulated first in the South American jungle, one that can cure any illness. He offers to pay Laura a staggeringly large sum for simply attempting to find him a dose; though she doesn’t believe in the miracle cure, she agrees for the sake of her daughter, recently pronounced leukemia-free but still severely immune-compromised from treatment. Though she is unaware at first, Laura is working against the 536 Brotherhood, who believe Panacea to be the work of the devil and who have infiltrated all levels of government, including the CIA.

The plot is fun and fast-moving. I enjoyed the twists and turns of Laura’s journey and her developing relationship with mysterious body guard and travel companion, Rick Hayden. What really caught my attention about Panacea, however, is the way questions of morality and medical ethics were woven into the story. Wilson masterfully presented the arguments both for an against publicizing/distributing the miracle cure such that one moment I found myself in favor of one side of the argument and in the next moment the other. The nursing-trained part of me sided with Laura, agreeing that if such a thing as Panacea were to be discovered, it should be freely given to anyone in need. Aren’t scientists, especially those directly involved in medicine, obligated to make the world a better place by doing so? But, as I considered more, while I found the the 536 Brotherhood’s methods despicable and their reasoning abhorrent, I was forced to wonder along with the villains: who, exactly, would be in charge of a universal cure?

Would it be an individual? A government? An international body or board? Who would make up this body? How would those individuals be chosen? Who can be trusted to be entirely fair or even impartial, responsible, clear-sighted? Who would set the rules that governed them? How much power would they have? Would they be advisory or would their rulings have force of law? Would they have a military force to back up their decisions?

These questions, as questions so often do, led to more questions: If the supply of such a thing was limited, and we find out later in the novel that it is and why, how would priority be determined? With a normal medication, a wide-spectrum antibiotic, for example, you could say it could go to the most ill or, alternatively, to those most likely to survive the infection, but it isn’t as simple with Panacea because Panacea can cure everything. Do you triage by severity of illness? By terminality of illness (terminal diagnoses receive treatment before chronic ones before merely severe ones etc)? By the age of the patient (would children, for instance, get first priority over adults who have lived at least some life)?

No doubt Panacea would be extremely expensive to make and disseminate: Who is going to cover the costs? Would distribution be based solely on need? Would everyone have to pay? If so would it be a set price or a sliding scale? Would those who can pay do so while those who couldn’t receive their dose for free? Do you open purchase to the highest bidder? Do you allow individual sale at all or do you sell only to governments and/or health care organizations? How can you be certain they aren’t reselling to make a profit?

Who controls the supply? Hospitals? Governments? The hypothetical independent organization? How do you ensure equity, even if one body has complete oversight? Especially if? How intrusive is the supplier permitted to be? Even if an equal amount of Panacea goes to each country, or an amount based on population, or need, do you allow that body into your government? Into hospital administration? Into individual homes to make certain the dose is given to the intended individual rather than resold? Who has the right to dictate what you do with your dose? Can they do so only if you’re given it for free or do they have that right if you have paid for it?

Do we have a moral obligation to preserve life or to allow nature to take its course? What will happen to our planet if everyone lives to a ripe old age and continues to reproduce? Do governments start limiting family size, as has been done in China? Do they fine you if you exceed their limits? Sterilize you forcibly? Take your life to make room for your child’s? Demand you choose between your children?

Far-fetched? Perhaps a bit. Dystopian? Absolutely but the world seems to be headed in that direction any way.

I don’t have answers to any of these questions. I mean, I do, but it’s all of them and a lot of them are mutually exclusive, which rather muddies the waters. If I had to make definite statement on any of them, I have no clue what it would be. I imagine if you had ten people in a room and asked them, you’d get twenty different answers. Of course, all interesting, thought-provoking, worthy questions are thus.

Is such a cure scientifically possible? Probably not. As various characters throughout the book point out, there is no single thing that can cover every mechanism of illness; bacteria work differently than fibrosis etcetera, and all have different weaknesses that are exploited by modern medicine. Panacea includes a faith element that, which I’m willing to accept can’t be disproven, also can’t be proven or guaranteed. As medical science continues to advance, however, there will be similar instances of limited supply versus intense demand and there is no plan in place, no definitive answer to questions which may very suddenly be far less philosophical and abstract. Something like Panacea, even something with far less universal implications, could start World War III.

So what do we do?

I don’t have a clue. But before I read Panacea, I wasn’t really thinking about it. Now I am. And the more people who who do so, the likely it is we’ll manage not to incinerate one another over something intended to heal. 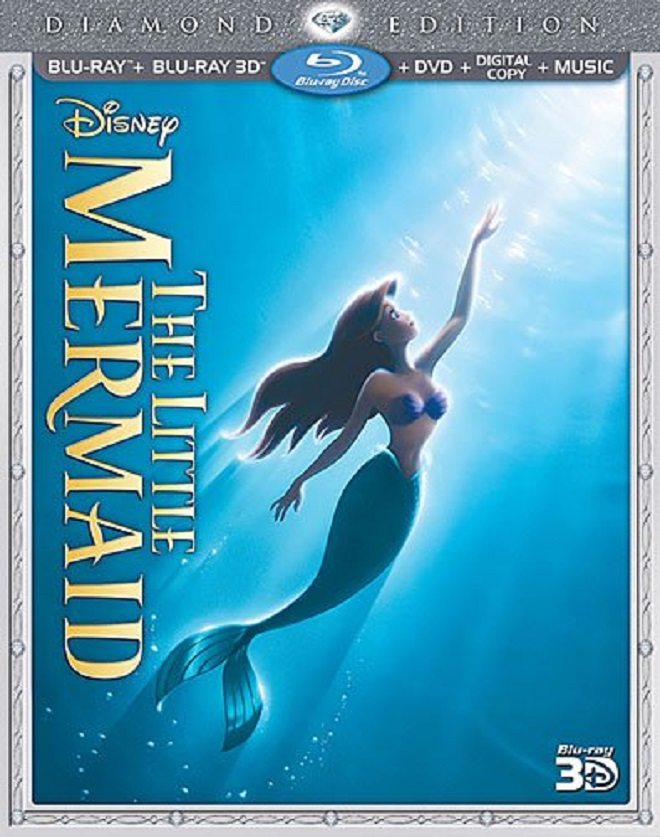 An Interview With John Musker and Ron Clements, Writers and Directors of The Little Mermaid

GeekDad Puzzle of the Week – I Scream, You Scream