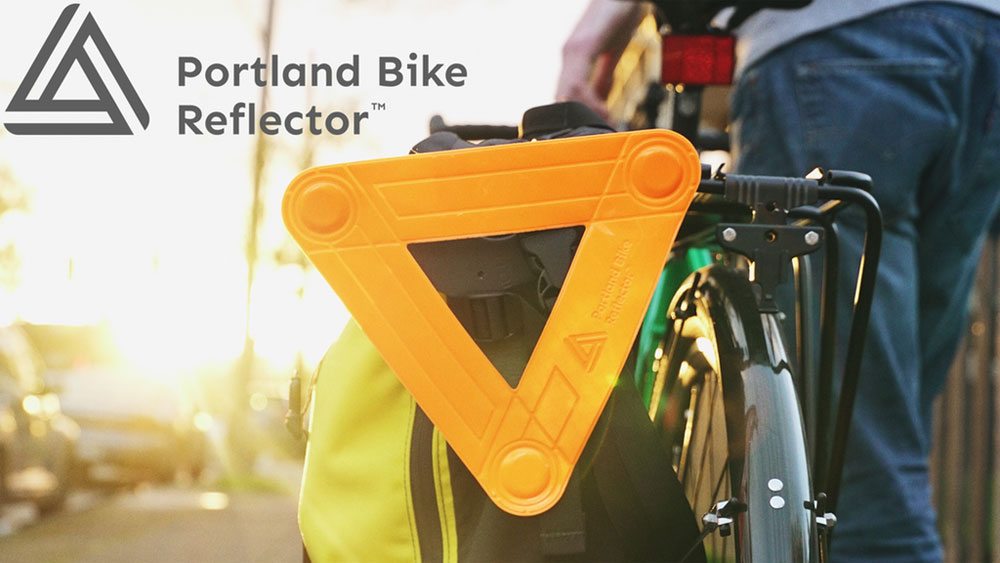 The Portland Bike Reflector is a great way to stay visible while biking at night.

If you bike after dark, it’s important to be seen—particularly by drivers. There are a lot of solutions out there: bike lights, reflective vests, reflective straps that you put around your ankles, and so on. Some of these work better than others, depending on your situation: lights may not clip to your bike or trailer if you have certain attachments on them (plus you need to keep the batteries charged), and reflective vests are great for the ride but you don’t want to wear them around once you get where you’re going.

Erik Roby, a mechanical engineer and a cyclist, was searching for a better solution—and when he didn’t find what he was looking for, he designed it himself. The Portland Bike Reflector is a large reflective triangle, about 10″ wide, and it can be attached to a jacket, backpack, or just about anything thanks to flexible magnetic brace. It’s currently on Kickstarter, with a pledge of $29 for a reflector. (Pledging for more than one will lower the unit price.)

The triangle is flexible and waterproof, and has strong magnets in each corner. The brace is a Y-shaped piece of flexible rubber that also has magnets at the end of each arm. The reflector snaps on easily and is also easily removed—and I don’t think you have to worry about the reflector falling off, since these are strong (and large) magnets. (Because of the strong magnets, Roby recommends keeping them away from things that could be affected, like credit cards, pacemakers, and so on.) The bright colors are pretty easily visible even during the day, and at night you’ll have a huge glowing triangle on your back for drivers to see.

Since Roby is here in Portland, he stopped by to show me some samples, plus some of the iterations he went through before arriving at the final design. Originally, the brace was hard plastic, but that was uncomfortable to use under a jacket, so he switched to a flexible rubber instead, and his current samples are made manually with a mold, which is very labor-intensive. The Kickstarter campaign is primarily to pay for the injection mold so that they can be machine-manufactured. One problem Roby ran into was that the magnets can lose some of their magnetism when heated, so embedding them in the rubber could be a problem. His solution involved some clips that snap into the rubber brace and hold the magnets in place.

Roby gave me a sample to try out. My wife commutes on her bike some of the time, so she’s gotten to use it on her backpack. Now that it’s summer, it doesn’t get dark until later so it’s still light out during her commute home, but it will be really handy for those dreary Portland winters. It also attaches very easily to the back of our bike trailer. (Fun fact: with the magnets, you can also stick it directly to your car, your garage door, and your refrigerator!)

If you ride your bike in the dark, check out the Portland Bike Reflector, and stay safe! 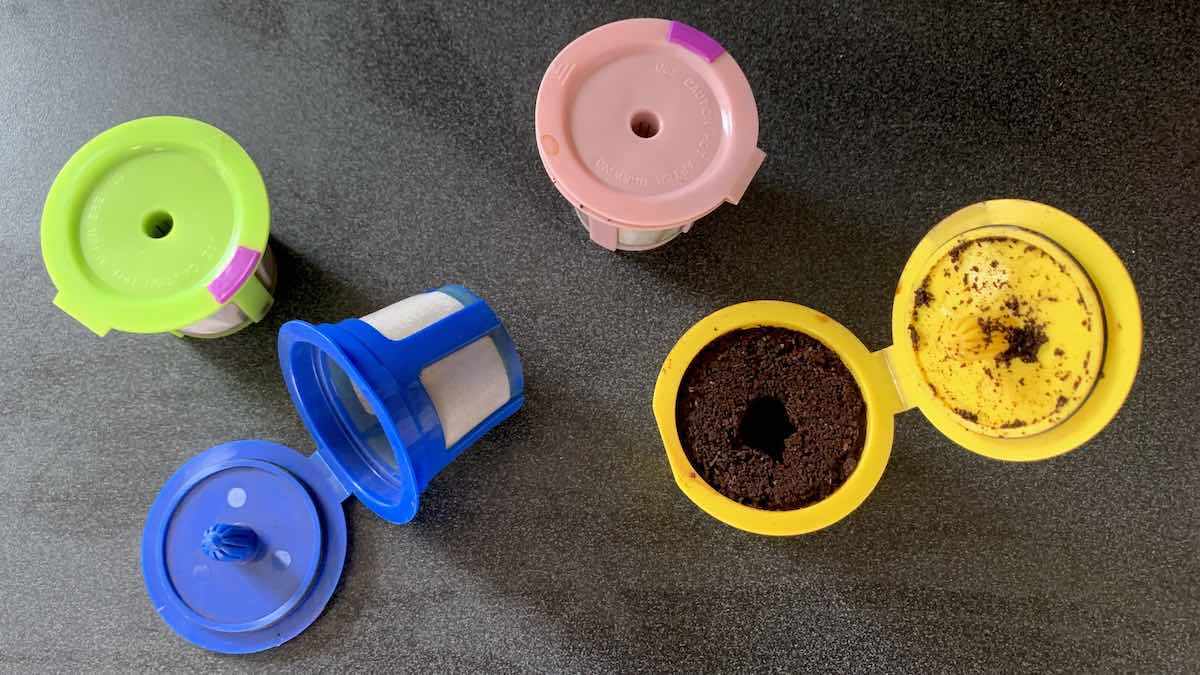 These Reusable K Cups Are a Green Alternative (And Save Money)