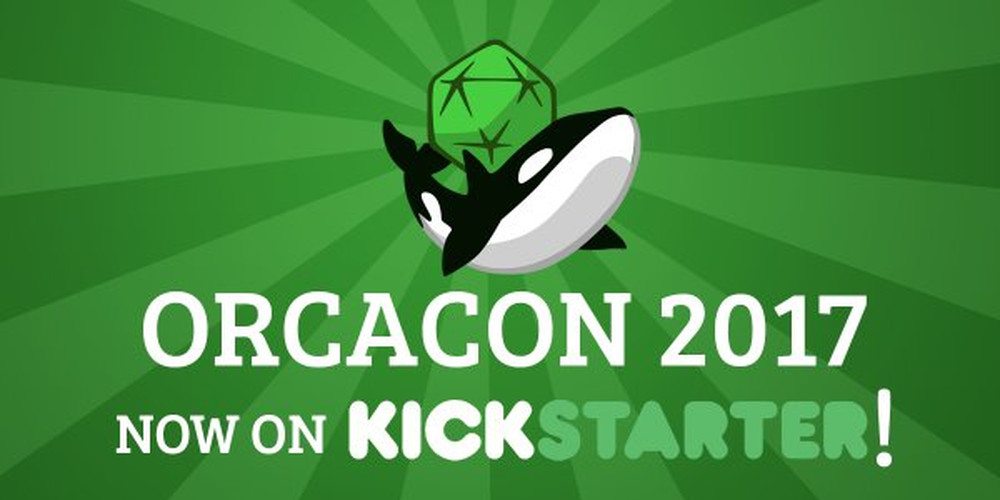 OrcaCon is an tabletop gaming convention returning for a second year. They’re currently on Kickstarter and almost to their funding goal for a January 13-15, 2017 convention.

OrcaCon is a tabletop games and geek convention in Everett, WA. OrcaCon features board and card games, role-playing games, and miniature games. OrcaCon is focused on creating a safe and welcoming space for promoting the tabletop games hobby, supporting diversity in tabletop games, and building a community of both novice and experienced game players.

While I enjoy gaming conventions, I have not yet traveled any significant distance to attend one (GenCon someday!). OrcaCon is practically on my doorstep, so I’m excited to add a potential new con to my list of annual outings.

OrcaCon is running the Kickstarter to cover the rental of the hotel and in return providing tickets and t-shirts in exchange for pledges. With over 700 attendees in 2016 they aim to make year 2 “even more successful with more space for games, panels/workshops, tournaments.” Activities focus on tabletop gaming such as board games, card games, role-playing games, miniatures gaming, and panels/workshops from game industry professionals.

Check out the OrcaCon 2017 Kickstarter for more information, there’s only a few days left on the Kickstarter, so get on it!