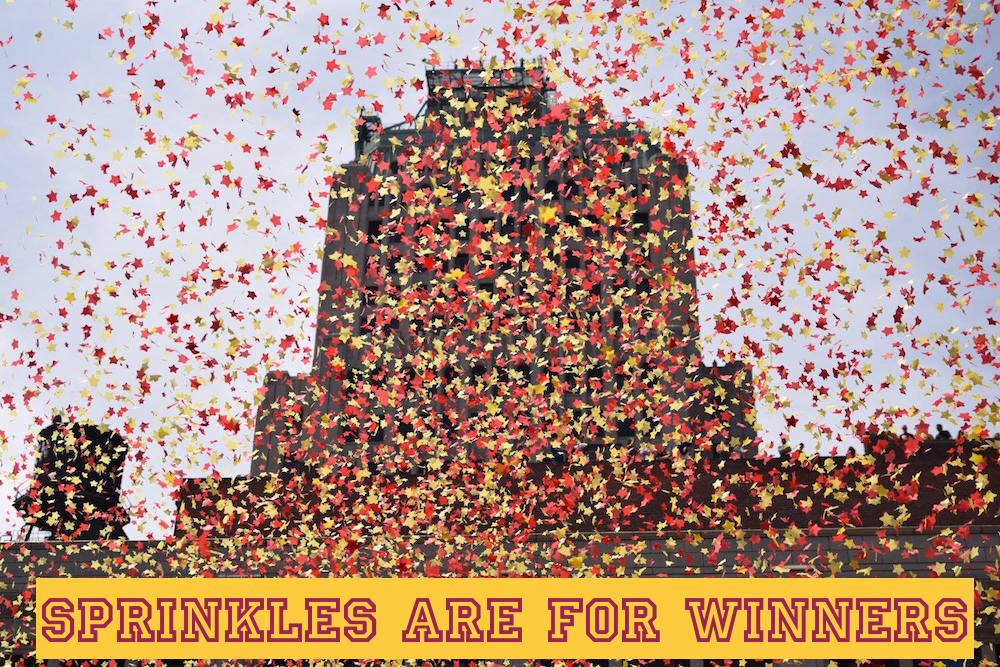 What makes us go? What compelled 1.3 million Clevelanders to make their way downtown to stand in the sun for hours for a mere glimpse of a few Cavs players?

Because, Cleveland this week is joy.

In the age of participation trophies, the Cleveland Cavaliers Championship Parade in Cleveland Wednesday makes perfect sense. I’m not normally a parade person, but I knew, once it was announced, that I would attend. Somehow or another, I would make it downtown. Never mind that I had woken early Tuesday and spent the day at Cedar Point Amusement Park with six boys. Never mind that the city was ill-equipped to handle the volume. Never mind that my kids didn’t want to go. I would be there.

My husband and I decided to bypass the train and take the bus instead. We parked at the Cleveland Clinic, intending to ride the bus straight down Euclid Avenue. Except, we couldn’t board the bus because it was packed. So we started walking. A man in his fifties was headed downtown and had asked his 80yo father for a ride. They were stopped when we asked if he had room for three more and paid him $30.

Our friend Aseem drove in from New York City for this, showed up at our house in Cleveland Heights at 7:30 a.m.

My sister and brother-in-law took thirty minutes to get onto the highway in Strongsville (a five-minute trip under normal circumstances), only to sit in traffic and decide to take the train in from the airport. Then, after finding absolutely no parking, my brother-in-law dropped off my sister and headed home instead. She waited for an hour to board a train.

People were lined up outside the Mall downtown (where the stage was set up for the rally) as early as 6 a.m., hoping to get in (maybe earlier; my news-gathering was shoddy during the parade). The gates to the Mall opened at 9 a.m. Fifteen minutes later, they were closed again, completely filled. People brought chairs, food, water, blankets. Vendors hocked t-shirts, bottles of water, food, and other commemorative souvenirs. One deli owner worked frantically to fill orders as his three cooks couldn’t make it into work because of the traffic. Folks drove in from Richfield, Toledo, and Youngstown.

Meanwhile, my kids had no interest in the parade. We had watched the Cavs this season, cheered them on, reveled in the victory and the marvel that was this season. But they preferred to stay home rather than join in the craziness. They were all born and raised in Cleveland, are definitely big sports fans, attend games. But no. So what makes them different? What made them capable of resisting the pull of downtown?

This is Cleveland history in the making. This is bigger than the RNC, no doubt. Greater than the movies being filmed here. And yet, unlike many who simply couldn’t attend—-because of prior commitments, health issues, or practical logistics (like managing a baby in a massive crowd all day)-—my boys chose to hang out together. They walked the dog, played basketball in the backyard, and binged on video games and Magic in the basement. They fed themselves, and didn’t feel drawn to the television to witness the festivities on TV (until we returned home and turned it on).

But maybe that’s just it. They will always choose to do rather than watch. They will watch a game, and will cheer on their team. They will watch replays. But if my boys were verbs, they would rather be active than passive any day. And for those at the parade, and those who watched on television, this week has forever been imprinted in our memories. Some of us cling to these images, these posts, these videos, because we want to be a part of history. We show up with our cameras, our phones, our iPads, eager to capture a moment that we can return to, whenever the ugliness of the world threatens to consume us. Cleveland, this week, is joy personified.

So that said, here are a few thoughts for next year, or later this year, when the Indians win the World Series (hey, Cleveland’s always been optimistic; that’s what makes us the best fans. This proof that it isn’t hopeless only makes it that much sweeter):

A friend of mine suggested holding the rally in a large venue—like Browns Stadium— and charging admission. But I’m glad they didn’t.

Sadly, we had one incident downtown, where a fifteen year old male (and perhaps one more person) shot two females. Both injuries were non-fatal, but disappointing nonetheless. Also, police helped reunite 45 kids that got separated from their adults, a frightening thought.

Maybe my boys, in their infinite wisdom, don’t feel the burden to belong, to connect. Maybe they don’t feel the pressure to do things just because everyone else is doing it (if that’s the case, I sure hope this carries them through high school and college; wouldn’t that be nice?). Or maybe they saw through hype, could objectively regard the reality of what the day held, and found the payoff insufficient (if so, I’d love to take credit for good parenting, but it’s probably all the cards they play with their grandparents).

All in all, the most amazing thing about this celebration is how overwhelmingly celebratory it was. Sure, people griped about what went wrong (we can’t have spent our collective lifetimes without having finely honing our Monday Morning Quarterbacking skills), but despite only two days to plan, a woefully underprepared infrastructure, insufficient contingency planning, and frankly, little reason to believe this day would actually ever come, we did it. Perhaps whoever was in charge of pulling this off wasn’t capable of thinking in as big a scale as necessary. But then, with zero precedence, perhaps even the biggest thinker couldn’t have been prepared for about half of the entire population of Greater Cleveland—and beyond—to show up downtown for the largest celebration this city has ever seen. Because, the city of Cleveland heeded the Cavs call and were truly All In. 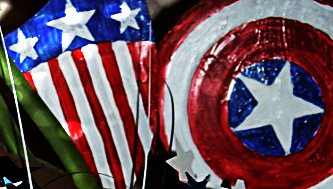