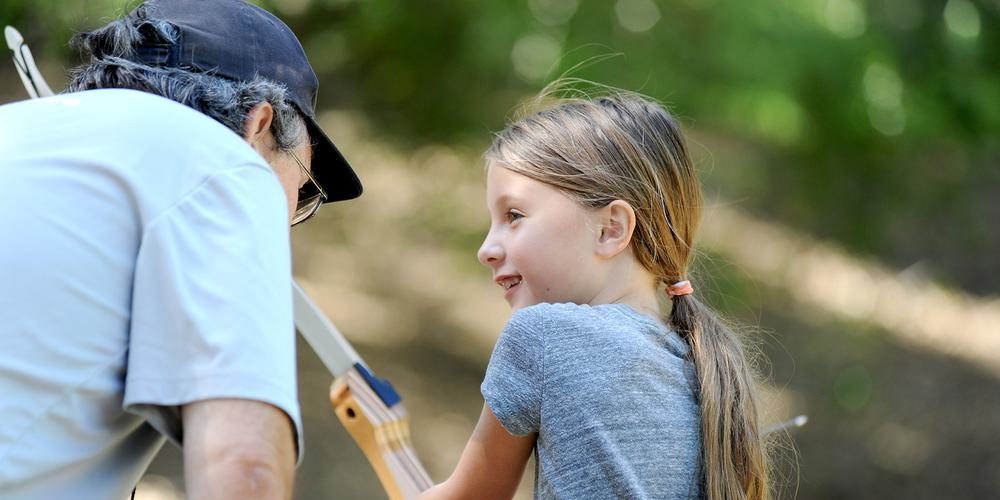 Longtime followers of GeekDad know that I’m “the archery guy” here; my weekends are taken up with archery lessons, which are mostly classes for children. I expect that my experiences as a coach over the last 15 years will be familiar to those who coach other sports such as soccer, baseball, gymnastics, and so on. In a discussion with other GeekDad contributors, it was suggested that I should share some of my thoughts here.

First off, it’s never about the sport. At least not for me. It’s about the athletes; where they are, where they want to go, and what they need to get there. Like any other sport, archery can be hyper-competitive, and there are those who are driven to succeed, devoting all their time and energy to the perfection of their skill. Most coaches hope fervently to get one of those, because they are willing to do what it takes to get to the gold medal, but the reality is that most participants are less ambitious; many are purely recreational, just looking to have some fun on a Saturday morning. Whether competitive or casual, more often than not, we’re just trying to give them what they need. Some time ago, I had a young archer who would turn around and look at me after every arrow, checking to see if I was looking, needing to hear some encouragement and validation. How he scored wasn’t nearly as important to him as hearing “nice follow-through” or “good release.”

When we go to the state championships in Tulare, or the California Games in Chula Vista, the time spent hanging around the hotel lobby with the archers singing karaoke, eating pizza, goofing, and joking, is almost as important as the time spent on the shooting line earning medals. Awards are nice, but the lifelong friendships being formed will be more important, and the sense of achievement from having competed can alter the course of a student’s life.

Since archery is primarily an individual sport (there are team rounds, which consist of aggregating archers’ scores, but the performance, as in track, gymnastics and swimming, is individual), the focus is always on achieving one’s “personal best” rather than beating the crosstown rivals. When working with beginners, especially the ones with a competitive streak, that involves a lot of encouragement and personal attention. Usually the encouragement is the part that matters. Like any sport, practicing archery stresses discipline and perseverance; it also teaches and builds positive traits like focus, patience, and overcoming frustration. As they get good at it, it builds self-confidence. We have a saying, “competence builds confidence.”

One of my students has been in my class for about 3 years. She was about 9 when she started, just turned 12. For a long time, Kara* was extremely timid, shy and self-conscious, and hyper-critical of herself. Nearly every arrow was followed by muttered comments about how bad she was. At the same time, her little sister Anna* (2 years younger) was bold, fearless and had a “damn the torpedoes” approach to everything. Naturally, Anna shot better than Kara right from the start. I know that timid, shy, self-doubting kids are low-hanging fruit for bullies, and are a lot more likely to be harassed in other ways, especially when puberty is on the horizon, so I decided that my mission with Kara had nothing to do with archery and everything to do with instilling confidence, and the Way of the Bow was the tool I could use.

I told her I was going to turn her into an Amazon right from the outset. I called her “Awesome Kara” and she looked horrified, waved her hand at me and said “No. No, I’m not. I’m not awesome.” I grinned and told her she would be, and that before we were done, she would be Artemis, Goddess of the Hunt, and a fearsome warrior. She’s been “Awesome Kara” for three years now, and I’ve nudged her along and encouraged her as she struggled with the form and the strength and the discouragement and frustration.

Last week I noticed a definite improvement in her form, and I told her so. She nodded and then rattled off the things she was still doing wrong. I told her to just work on one thing at a time, and this week it was going to be the anchor, where and how the draw hand touches the face to line up the shot, because hers was inconsistent. This week, as I watched her shoot her first arrow, I saw a perfect draw, anchor, and release. Then she did it again and again, putting her arrows in a much tighter group than she normally did in the past. She was particularly pleased that her shooting is finally beginning to surpass her sister’s.

“You’ve been practicing,” I said. She told me she had, every day of the week, because she was out of school for spring break, and concentrating entirely on her anchor. She had a big grin on her face, a confident look in her eyes, one I’d rarely seen there before. Something had clicked. She was an archer, and she knew it. She was making eye contact and not rushing to dismiss compliments the way she used to. She was also socializing with the other students a lot more than she used to.

I said, “Do you know the biggest obstacle to becoming great at anything? Starting out good at it. The secret to being great is to stink at it and keep doing it anyway. People who are naturally talented at something, who find that it comes easy, they don’t learn how to work at it; they reach a certain level and get stuck, because they haven’t had to fight and struggle and be persistent.”

She nodded and quietly said “Oh, like Anna.” She blushed a little at having been mean to her sister, then raised her head, gave me a little smile of satisfaction, and went back to the shooting line, ready to go for another round.

There were 25 kids in my class on Saturday, but for a few minutes, I had one student. Awesome Kara the Amazon. Today she beat her sister by 2 points, and never said a word about it. Because she is awesome.

I’m lucky. Archery seems to be self-selecting for nice people. Those nightmare parents who make coaches’ lives miserable in other sports aren’t drawn to archery. There’s no bench. Everybody plays. There’s no referee, no judgment to question, no point in arguing or yelling. The target doesn’t lie, either they hit it or they didn’t. The sun wasn’t in their eyes, nobody blocked or tackled them, nobody else screwed up the play. The only person to yell at is your own kid, and you look like a jerk if you do. The details of the form are obscure enough that the parents can’t second-guess the coach unless they take up the bow themselves, which many do, with the result that we have several families all practicing together. Upshot: I am surrounded by lovely families having a lovely time, and I get credit for it. And every once in a while, I get to help a kid to, in the words of the Girl Scout billboard, find her inner awesome.

*All names have been changed. 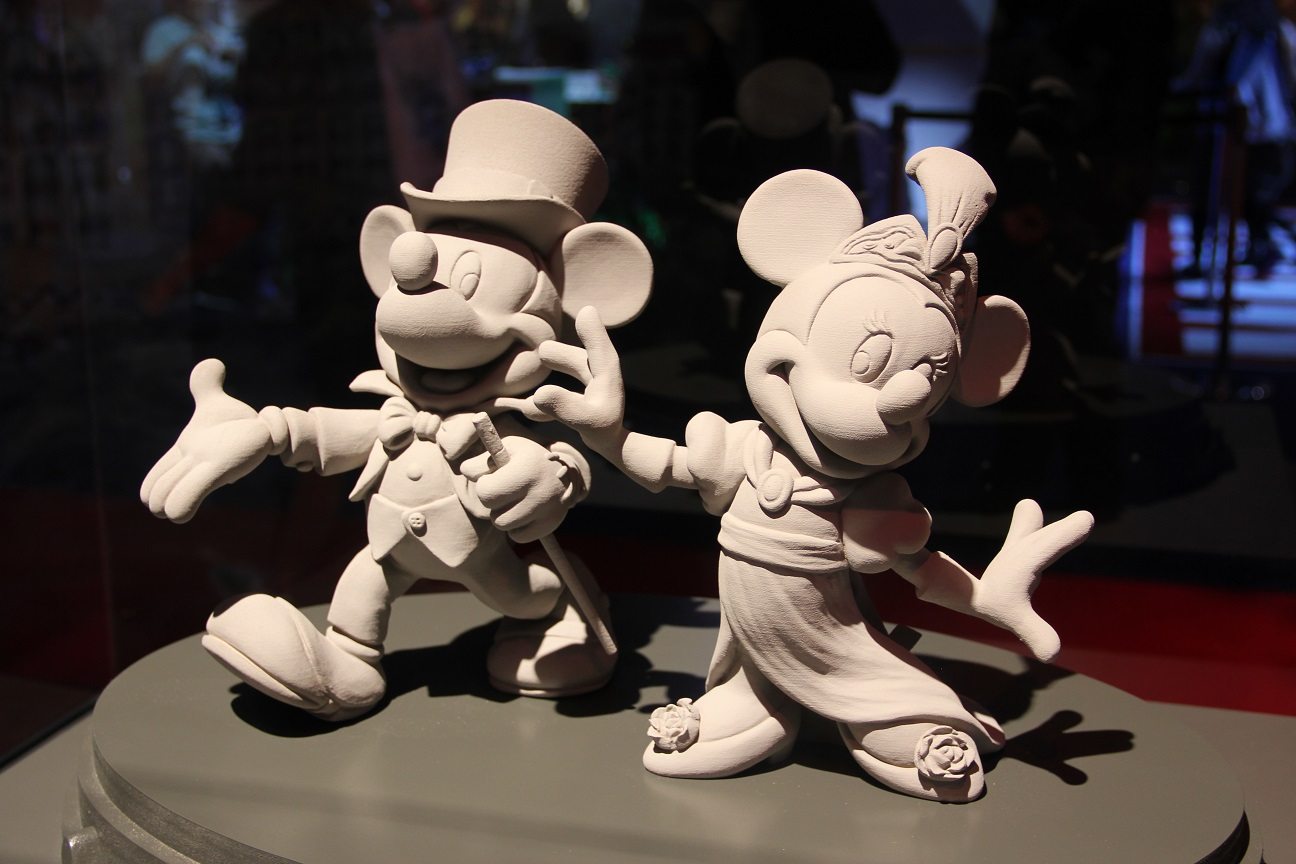 A Start Up Trek – Learning How To Inspire Creativity

When Less Is More: 3 Picture Books