Are you looking forward to seeing Hardcore Henry this weekend? Well, if you are, I noticed that Fathom Events and STX Entertainment are bringing Hardcore Henry to select cinemas nationwide for a special advance screening on Thursday, April 7th, with Hardcore Henry: The Ultimate Fan Experience. 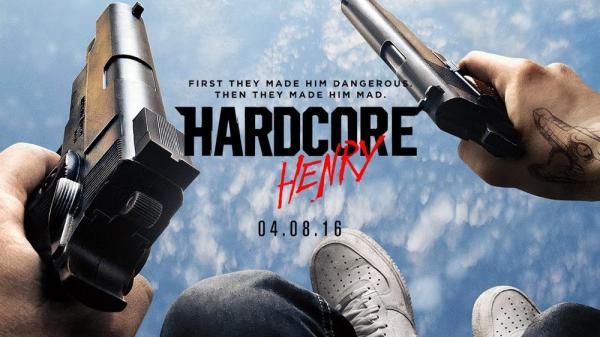 Hardcore Henry looks to be one of the most original films to hit the big screen in years, shot entirely in first-person, through the eyes of Henry himself, taking audiences on a ride. personally, I am a huge Sharlto Copley fan and there is already an 81% approval on Rotten Tomatoes, so I think it will be a winner!

From STX Entertainment: “Having just been resurrected from death with no memory, Henry wakes up in an unfamiliar city of Moscow and must discover his identity and save his wife from a warlord with a plan to bio-engineer soldiers. If he can survive the insanity and solve the mystery, he might discover his purpose and the truth behind his identity.”

This special one-night event will include an advance screening of Hardcore Henry and an exclusive Q&A with the director and cast. Audiences will also receive a limited edition comic book. I will be in attendance to report back with my opinion of the movie. If you would like to attend the Fathom Event in your local theater, point your browser over to FathomEvents.com for tickets and showtimes.

Fathers and Sons Gaming Together: The Natural Progression of Things? You Bet!

How to Watch Today’s Solar Eclipse Without Special Equipment