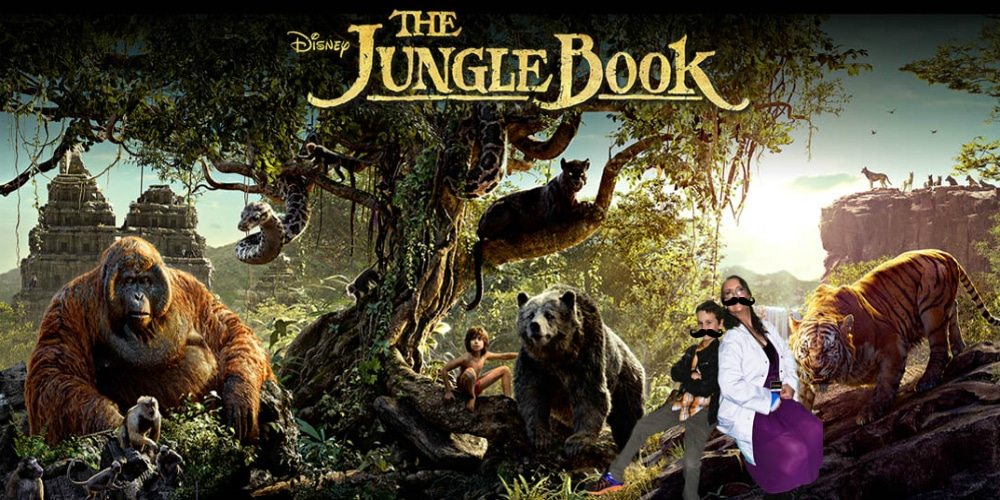 There are certain perks with this job, and movie previews are definitely in the top five. When the opportunity came up to see Disney’s The Jungle Book, I may have squeed a little. I am a fan of the book, the animated version, and the director Jon Favreau. Our nine-year-old son Sinister is an even bigger fan, having read the book with his dad recently.

Then I broke my wrist. Sinister tried so hard to look empathetic until he eventually screamed: “You need a crewman because you’re a klutz with a broken wrist”.

The kid lived long enough to help me attend the movie and write this review for you.

Fine: It’s a movie based on Kipling’s The Jungle Book. But it is Disney’s The Jungle Book. Which means you have the emotional kick to your nostalgia for the 1967 animated version but in a live-action / CGI format influenced by the original source.

For those with no experience with Disney Classics (shame on you), The Jungle Book is about Mowgli, a baby found alone in the jungle and subsequently raised by a wolf pack. Once Shere Khan (a fearsome tiger) learns of his existence, Mowgli is forced to leave the wolf pack and the only home he has ever known. There are many life lessons to learn as Mowgli seeks out his original “man village” to return to, each with their own little adventure.

No. Seriously: trust me, when I say this movie starts immediately. Jon Favreau (the director) is a huge fan of Sergio Aragones (MAD Magazine) – an artist renowned for adding his own extra details in the borders of any pages in the magazine. Favreau does the same with his movies; there are little gifts hidden everywhere. Even at the very opening Disney castle thing. You want to be there on time.

Yes. Normally I don’t really care either way – I was burnt by Avatar. No amount of awesome 3D visuals could save that… thing. And I was a bit nervous when Favreau mentioned he was inspired by Avatar to learn more about CGI and all the tech available for his Jungle Book vision.

But in this particular situation, I say yes, hand over the extra dollars and go 3D. Do it just for the layering of the foliage alone – the 3D experience gives you a far better depth into the film. You will gain a far more immersive experience with the story-telling, and enjoy the extra details of insects flying around and dry grass bending in a breeze.

The 12-year-old actor is really easy to associate with for kids – a brilliant rookie who carries the weight of being the only live actor while still portraying the nuances of a child. I was really surprised by how good he was. Sinister says he really likes Neel Sethi because he seemed like any ordinary kid in extraordinary circumstances. Sinister could picture himself swinging through the trees with Mowgli because Sethi portrayed him as a kid anyone would hang around with.

Yes: it’s a timeless classic of a story for really good reasons. There is one scene I thought was a little heavy with nostalgia, but still seemed a hit with the rest of the audience. If you’re a fan of the animated version, you will definitely enjoy this. If you are a fan of the book, there are deviations but it doesn’t destroy the enjoyment at all.

6. When’s the best time for a toilet break?

The movie is only 105 minutes long – but I’m a mom of three and so have been on the receiving end of the “Hey, mom…” during the worst possible moments. If you’ve gotta go, you have a couple of minutes immediately after the buffalo stampede and again after the second elephant scene (where Mowgli sneaks off during the night). But only minutes.

7. Do I have to read the book or see the animated version first?

No. Don’t get me wrong – it is a beautiful nostalgic trip for those who fondly remember the 1967 animated classic, but it’s not a prerequisite. The same goes for the book. As mentioned previously, Favreau has a real thing for Easter eggs for established fans. If you know the source material, you will enjoy pointing out the gems to any newbies around you. They (newbies) do exist – I actually met one. Yes, I was shocked, too.

8. Is it really live-action?

It has one live human actor for the entire film – does that count? Everything else is CGI, and in my opinion done quite well. It is a fictional movie about the jungle. It requires imagination just to believe animals can talk to humans. The animals’ mouths don’t move perfectly, but the story-telling throughout is enough to distract you from it. I mean, wolves are not supposed to smile affectionately – to do so would be totally unrealistic and break the magic of the story-telling so there needs to be a balance with artistic license. This cynic believes they found the balance.

9. Do I need to stay for the credits?

If you absolutely must leave, at least stay for the first ten minutes. There is a beautifully animated treat worth watching at the end – very sweetly done. Otherwise, no.

There has been chatter about whether or not the movie reflects the darkness of the book. While I agree the book is darker than the 1967 animated movie, I need to point out Kipling wrote these stories as kids’ stories. Granted, they are not typical Disney kids’ stories but they are still kids’ stories with a healthy element of fear and tension.

Sinister jumped a couple of times; to be honest, I jumped at least once. None of it is going to traumatize either of us. If you do have an “animal-sensitive” child, you will probably want to cover their eyes when Mowgli and Bagheera start walking through long grass.

Bonus: Easter Eggs to watch for

I was lucky enough to chat with the Director, Jon Favreau, on the red carpet for the preview in Australia. One of the questions I asked was: “Which key elements from the animated classic did you want to do really well in your version?”

Favreau’s reply was “I really loved the image of Mowgli and Baloo floating down the river, and Kaa’s eyes… the hypnotic pinwheels with their colors really sticks with me.”

There was another bonus story he shared with the audience in the Q&A afterwards. The book shown in the 1967 movie is actually a real book kept in the Disney archives. Fortunately, Favreau was allowed access to the book for his movie – it came with its own special archivist and white kid gloves and everything. Keep an eye out for that book.

Disney’s The Jungle Book opens in India on April 8 and everywhere else on April 15.

Evil Genius Mum and Sinister were provided free tickets for the purpose of attending the first preview of Disney’s The Jungle Book, as well as the opportunity to chat with various people on the red carpet (which wasn’t red, to Sinister’s disappointment). No other bribes or enticements were offered – PR missed a whole opportunity of using promotional mosquito repellent or something. 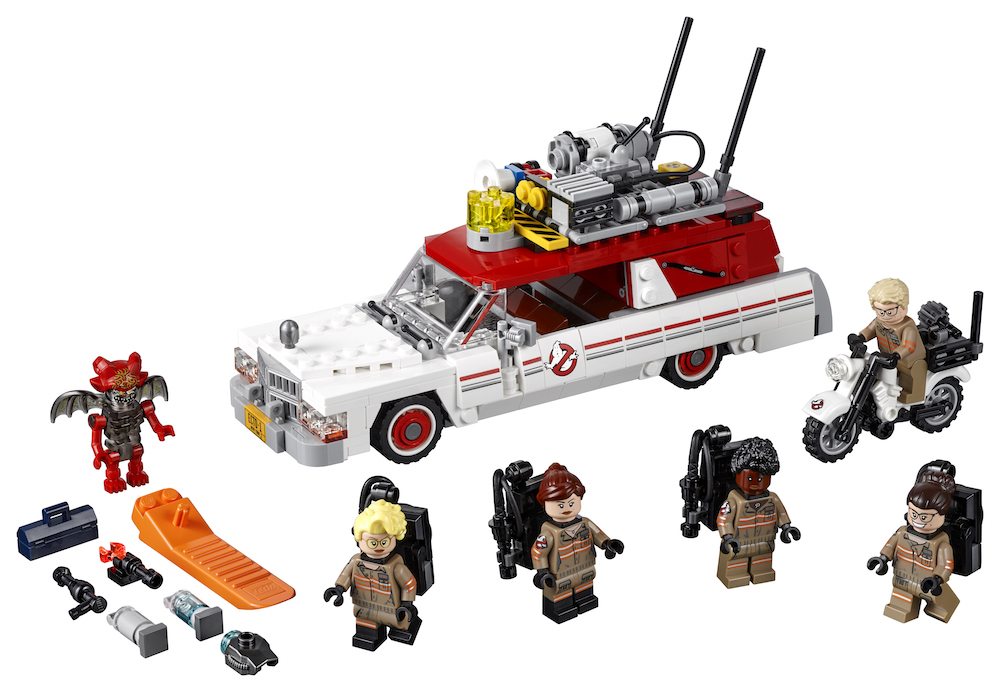 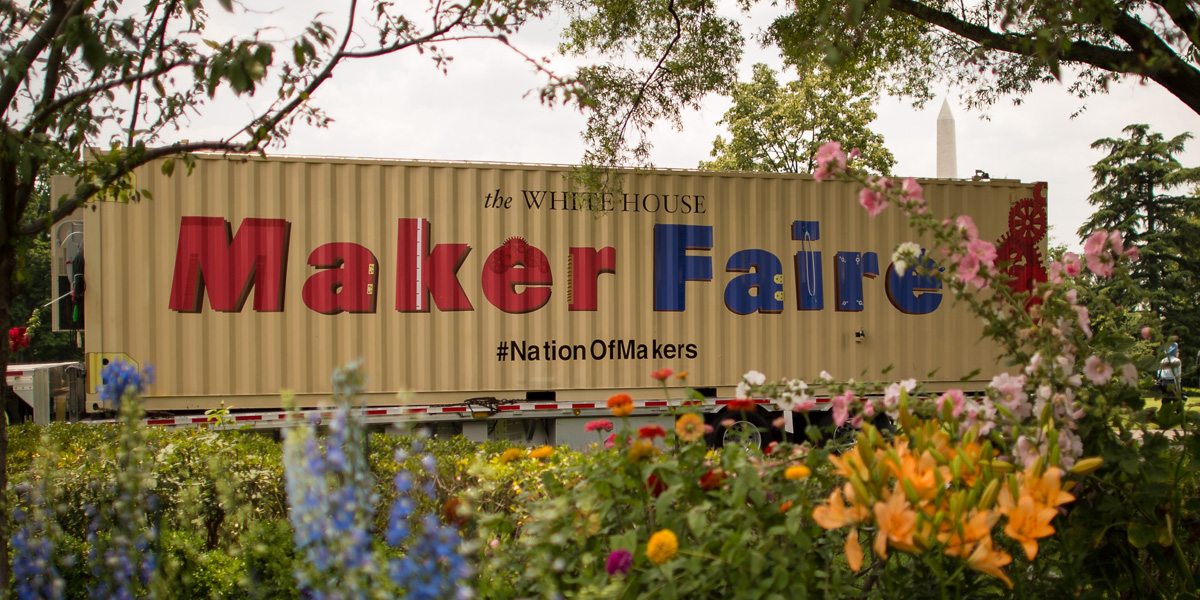 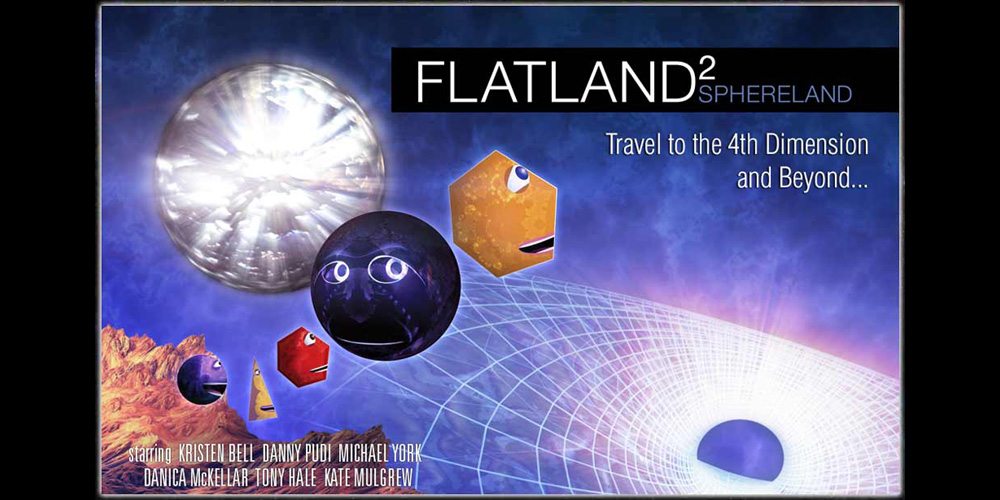