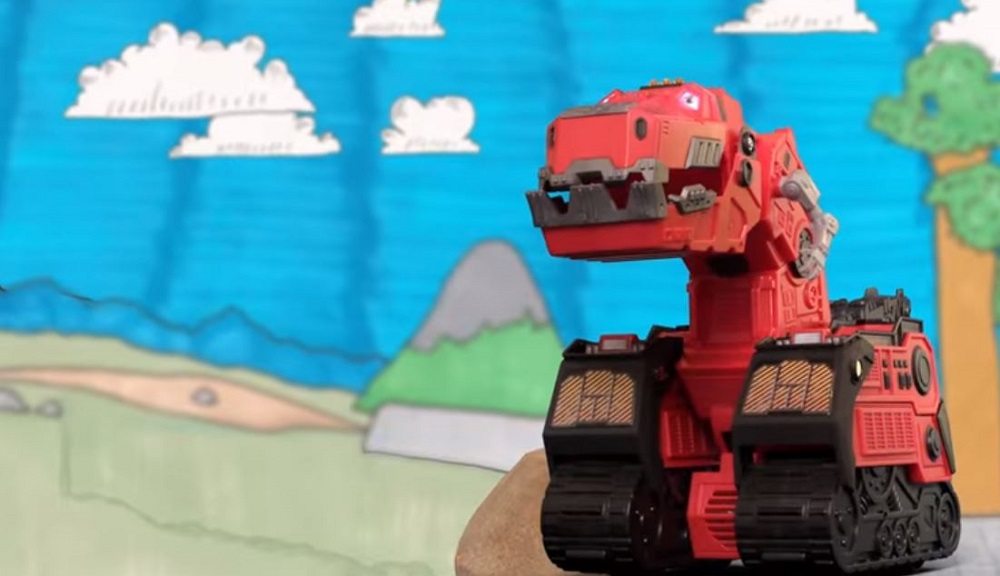 It should come as no surprise that we’re fans of Dreamworks Animation’s Dinotrux show on Netflix. It’s ostensibly based on a series of children’s books by Chris Gall, but the show has become its own thing. The second season recently went up on Netflix, and it’s been a big hit in this house.

When this came across my desk, I knew I had to share.

Dreamworks Animation recently contacted Kyle Roberts and his company Reckless Abndnmnt, saying how much they enjoyed their stop-motion intro recreations for Teenage Mutant Ninja Turtles and X-Men. They then contracted Kyle to do a similar stop-motion treatment for Dinotrux.

So don’t let anyone tell you that uploading your videos to YouTube won’t lead you anywhere.

After over 2,000 individual photos, 25 doodle art backgrounds, several handmade Styrofoam rocks, and 200+ production hours, they ended up with the Dinotrux opening theme re-created with toys and doodles. God bless the Internet.

And if you’d like a peek behind the curtain for how this magic was made….

Kudos to Kyle and his team. Job well done, and I’ll definitely be watching to see what comes next!