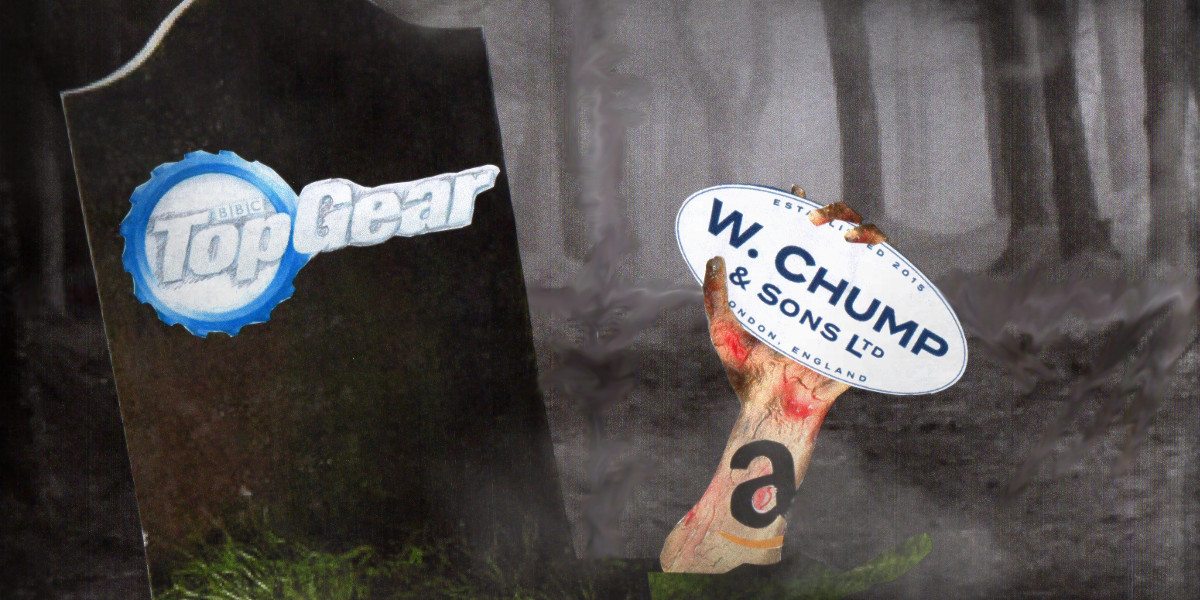 Well, if you want to get technical it all started with Top Gear presenter Jeremy Clarkson fist-to-face Olympics last March started a domino-like chain of events that resulted in two new car shows.

Here’s the highlights: Clarkson tossed from Top Gear for punching producer. Television and radio presenter Chris Evans brought in, Clarkson’s fellow presenters, James May and Richard Hammond, say “no thanks,” and leave the show. Top Gear fans angry. Clarkson haters happy. Clarkson, Hammond, May and producer Andy Wilman acquire lucrative deal with Amazon Prime and start new company, W. Chump & Sons. Evans begins to reinvent Top Gear for a new generation. Evans gets car sick, and has to learn to talk and drive at the same time. W. Chump & Son has to learn to run a production company without the BBC taking care of everything for them for once.

Two of the things my family and I “geek out” over are the series Top Gear and anything with my creative muse, James May. As such, I’ve been closely following the string of constant articles, press releases, Facebook posts, Tweets and memes from experts (or people who think they are) saying which show will be better. Some of these comments are insanely funny. Others are just plain rude, but welcome to the worlds where Top Gear and social media collide.

Many of these comments are on having to now pay to see the same show that has been free for so long, as well as on the over-abundant line of new Top Gear “underlings.” The new line up includes actor (and Top Gear‘s fastest star to drive the “reasonably priced car”) Matt LeBlanc, race car driver Sabine Schmitz, former race car driver and F1 analyst Eddie Jordan, YouTube car commentator Chris Harris, and automotive journalist Roy Reid. Anonymous driver and Top Gear mainstay, The Stig, is back, but with two experienced racers on the new team (Schmitz and Jordan), he looks like a desperate attempt at familiarity. In the official promo shot, Stig looks like I do when I have to take a group shot with my in-laws’ extended family. Nice enough people, but I don’t fit in.

None of these new presenters will be actual “co-hosts” of Evans, barring LeBlanc who will be on every show. Evans remains the new Top Gear top banana. BBC is so confident this new format will be hit, they hope to move the program from BBC2 to the big leagues on BBC1 after the first series, which premieres in May.

This whole muddle, in my little world at least, is the death of my Top Gear.

See, this is the real issue with me, and what I would assume is every Top Gear fan. BBC could send every viewer a brand new car, fly everyone out for free live tapings, allow us all to be presenters for a night, and even throw a free coupon for a year’s worth of car washes, but this new BBC show is just not Top Gear.

Actually, the very first Top Gear incarnation wasn’t even Top Gear. If you go back to the original set up of the show debuting in 1977 there was a diverse group of male and female presenters (including on occasion, Clarkson and May). It was a decent car show, to be honest. It wasn’t until it’s first “reinvention” in 2002, the show became Clarkson’s milieu, with co-hosts Hammond and used car king Jason Dawe. May replaced Dawe in the second series. This new threesome soon turned the “car show” Top Gear into a cult phenomenon with a loyal fanbase worldwide, despite there having been American, Australian and other “international” Top Gear offshoots. CNN and others news sources reported the show had a global audience of 350 million viewers in 2015. That’s a bunch of eyeballs watching three guys.

As for the “new” Top Gear team, I don’t dislike any of these presenters, and if LeBlanc had joined the old trio for the occasional guest hosting stint, I would be pumping my fist and yelling “Yes! U.S.A!”  like I did when he completed his lap on the “old” show. However, he is not joining this group. He’s part of a “new era,” which has gone to great lengths not to be the Top Gear that has become a viewing tradition for so many for 22 seasons.

There is a simple solution to this confusion.

Simply retire the Top Gear name, like a star player on a sports team. Let it die with dignity, and let Clarkson, Hammond and May have their BBC legacy. Give Evans a new motoring show, with a new name for new audience. It seems to be what he is intending to do, anyways.

The whole idea of recreating a new show within the shell of another long-running popular show is like a new hipster eatery trying to occupy the same building of a longtime favorite mom-and-pop restaurant. No matter how good the fare is, it just doesn’t feel right to be in there, as if the ghost of its former occupant is always looking over your shoulder saying “this is all good, but don’t you miss those old burgers?”

This is the vibe I get every time look at the group of happy new faces standing in front of the Top Gear logo. It’s simply ill fitting. Give Stig one final “Best of” special, have him make a final appearance on the new show to drive off into the sunset like a storybook legend, and lay Top Gear to rest. Bring on the unmasked driver as yet another presenter on the new show and no one is out of work.

Meanwhile, no matter what W. Chump & Sons end up calling their new show — it could be named “Jessica” for anyone cares — everyone watching will know they are still watching the real spirit of Top Gear.

By all means, let Evans and his new crew have their show, but build a new show from the ground up. May, ever a class act, has even defended BBC’s efforts and applauded the appeal of having worthy competition in interviews. Instead, however, Evans and the BBC are trying to place a new, shiny high rise structure on still very visible remains of a historic landmark. That doesn’t make for a very stable foundation. The “Magnificent Seven,” as they are being dubbed by some, need to find new plot of unused land, and make something entirely their own.

Those of us who love our familiar trio, will keep on watching them, not because we want a good car show (there are plenty of shows, podcast and publications for that) but because we love these three, scruffy idiots. We love the camaraderie. We love the trash talk, impromptu back-and-forth, and face palm inducing ridiculousness that can come only from those who have known each other and worked together for so long. I’ll repeat a sentiment I made in a post last year. Clarkson, Hammond and May are like family for many of us, and well, I miss them.

For those who want to see Evans’s show succeed, then give him and the others a fair shot at making things work, don’t give him the sloppy seconds left behind by another group who has managed to sally forth to what fans hope are bigger and better things. As long as the Top Gear name remains, it will never be Evans’s show completely.

Summing up, if you loved Top Gear, you loved the Clarkson, Hammond and May dynamic. These people will watch the Amazon Prime show, (which everyone knows is the true Top Gear with a pretty new “not Top Gear” package).

If you hated Top Gear (there were plenty who did), and are planning on watching only because of the new format, you don’t really want to watch Top Gear. You want to watch this different motoring show. That’s fine as well.

I’m not going to lie, though, I might check out a few episodes of Evans and crew, just out of curiosity.

I know one thing, though, even if I do watch this new BBC show, I won’t, nor will anyone else, really be watching Top Gear. 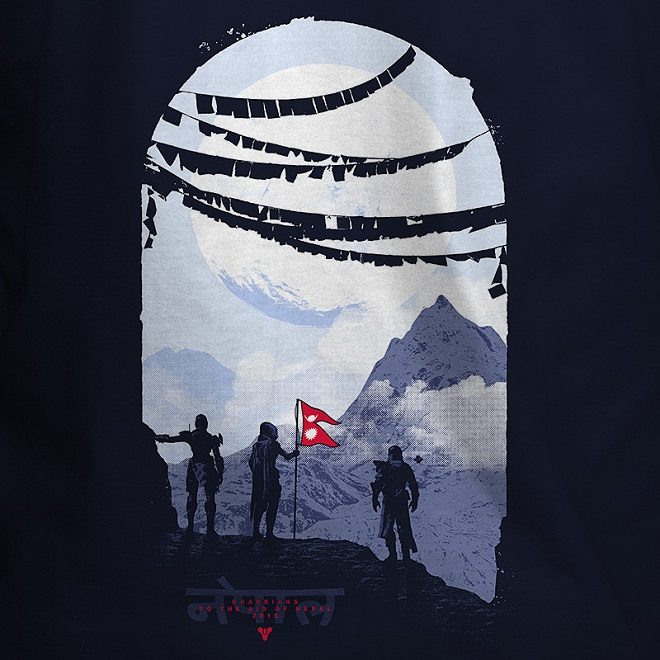 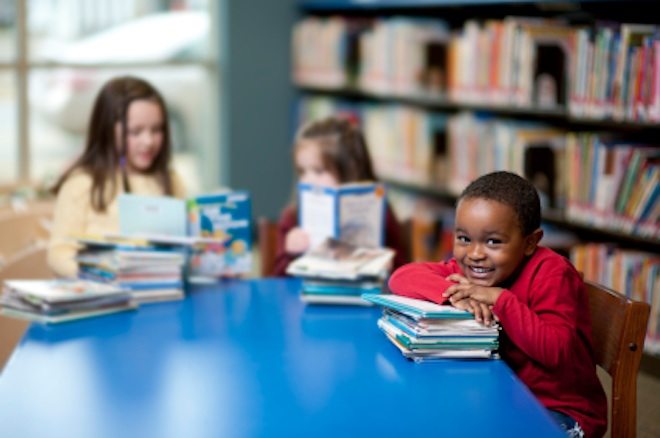