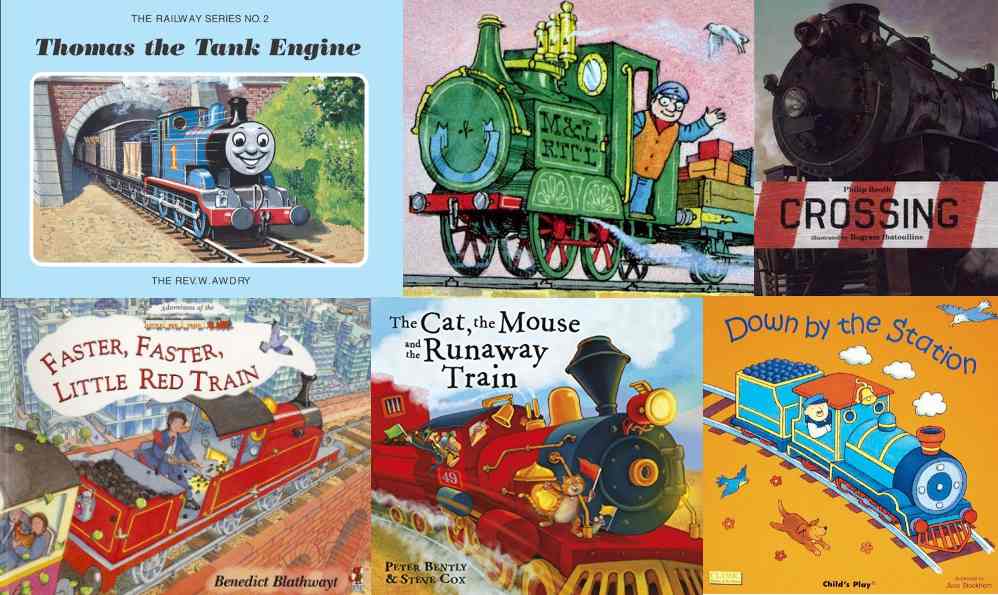 When I was growing up, I loved the Rev. W. Awdry books, these days better known as Thomas and Friends. Back then the books weren’t a marketing behemoth. There were no television series, no films, and no wooden railway. There were just twenty-six small hardback books, each containing four stories that centered around a single train.

I had a mismatch of books, from all sorts of places, some new and some hand-me-downs. I loved them with a passion, carrying them all over, wherever I went. My collection survives today and has found its way into my children’s bedrooms. If you can get a hold of some of the original books then, whilst dated, they contain nicely written stories that hark back to the golden age of steam in the UK. They have a warmth and wit that is lacking in the more modern stories. Particular favorites are book No. 2, the original Thomas the Tank Engine stories, and No. 16, Main Line Engines, featuring the first appearance of the mischievous Bill and Ben, the twin engines.

In the intervening years, lots more books and trains have been added. A few of the traditional type–hardback with four stories–but more to the Thomas Story Library, which comprises thin, single-story, softback books. Somebody brought us fifty of these a few years ago but now there are 65. Some of the Story Library books feature the original engines, with the stories largely copied verbatim from the original books, but many of the others are wholly new tales, which are, frankly, terrible.

Clearly, it’s been recognized that new book + new train = toy sales, with each train being sold in three major formats (Take and Play, Thomas Wooden Railway, and Trackmaster). Whilst each book might add to HIT Entertainment’s profit margins, it adds little value for us, the parents, who have to read the new stories.

You could be forgiven for thinking the new books had been written by a computer; there’s definitely a formula. New engine comes to Sodor, new engine can’t make friends. New engine proves “Really Useful.” Homily inserted about working hard. New engine assimilated into the “Fat Controller’s” bizarre dystopia, where fealty to the job is more important than having a personality. It’s easy to imagine “BEING REALLY USEFUL” stuck on a bill poster next to “IGNORANCE IS STRENGTH.”

Having to read these stories night after night can make bedtime something of a chore, so if you are currently stuck in the seventh circle of Sodor, here are a few other train-related books that might distract your little ones from Thomaspeak.

We’ll start with Benedict Blathwayte’s Little Red Train Books. The best thing about these books are the illustrations. The stories are readable, usually about the plucky red steam train and his driver, Duffy, overcoming the odds, but it’s the pictures that will keep children entranced for repeat visits. They’re filled with bucolic, quintessential, English countryside–farmyards, lakes, and crumbling stone castles, but the gems are in the details. The cows have hidden maps in them; sometimes the clouds are shaped like animals, and, in The Runaway Train, children who know the story can spot the troubles ahead in the background of each picture.

Rather simpler is Child’s Play’s rendition of Down by the Station. This is a simple retelling of the popular nursery rhyme, but one that forms part of the publisher’s Books with Holes range. Each page has a hole cut in it that reveals one more vehicle that is “down by the station” causing the station to gradually become more and more cluttered. There is also plenty of toot tooting and beep beeping for little ones to join in with. All the books in the series are great, and Down by the Station has had many repeat reads.

Another of my childhood favorites is Ivor the Engine, written by the team who created British television cult classics The Clangers and Bagpuss. Ivor lives in the “top left-hand corner of Wales” and the narration for the TV series has a wonderful Welsh lilt, which, if you’ve heard it, is impossible not to drop into as you read the books.

The writing is wonderfully lyrical–“Jumping cold it was too, that morning, but bright as a pin and Ivor felt glad to be alive and steaming.”–and the stories are great to read aloud. Ivor is the engine of the Merioneth and Lantisilly Railway Traction Company Limited, a beautifully archaic and evocative sounding name. The tales feature Welsh choirs, fish suppers, the incomparable “Jones the Steam,” and mythical, heraldic Welsh dragons. There are six books in all and they’re lovely, though they are now out of print and tricky to get hold of.

A more modern train tale, though still with steam is The Cat, the Mouse and the Runaway Train. The title pretty much tells all. With vibrant illustrations, we follow the tale of a cheeky mouse and his nemesis, Carruthers the cat, and an out of control train hurtling towards the station. What follows will change the Stationmaster’s, the cat’s, and the mouse’s lives for ever.

After a couple of reads through, it’s easy to pick up the book’s rhythm–just like a train hurtling across the countryside. Reading it becomes very reminiscent of W H Auden’s classic poem The Night Mail.

More classic poetry can be found in Crossing, a modern reprint of Philip Booth’s 1957 poem of the same name. A friend brought us this book from a thrift store, and we had little or no expectations of it. Bagram’s Ibatoulline’s idiosyncratic illustrations don’t necessarily give the book immediate appeal and neither do the broken, staccato, and deceptively simple words of the poem.

Yet this book has become a firm family favorite. All of my boys have loved it and even now my ten-year-old will sit and listen to the poem’s hypnotic rhythm. Again, it takes a few reads to catch it, but the meter of the poem does match the slow rumble of a huge freight train as it clanks across the crossing in a tiny mid-western town. The illustrations fit the poem perfectly, and they too are deceptively simple. There’s lot’s going on, which we still notice after many, many repeat readings. I’ve often had to read this book ten times straight, and, such is its quality, it has never got tired.

So there we are, a journey around the books our somewhat train-obsessed family have enjoyed, but there are many others. Railways, buses, and trams are an endless source of fascination for children, and there are so many good books out there beyond the island of Sodor. Do you have any railway favorites? Which public transport tales have you had to read more times than you’ve had hot dinners? I’d love to read your suggestions in the comments below. 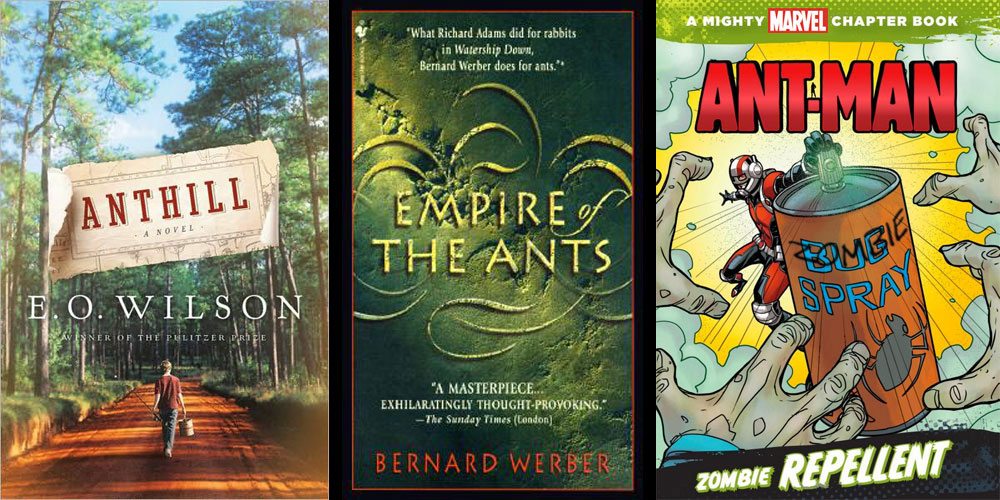 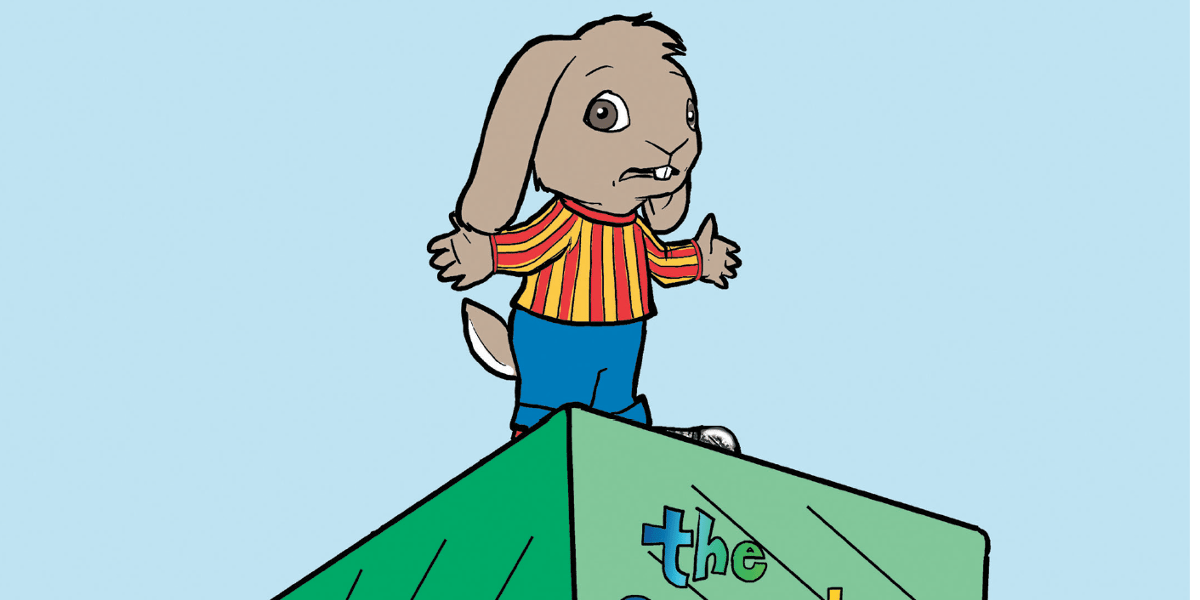 ‘Floppy Lop-Ears Tries to Get “Off the Spectrum”‘

5 thoughts on “Stack Overflow: Beyond Sodor – Readable Books About Trains”