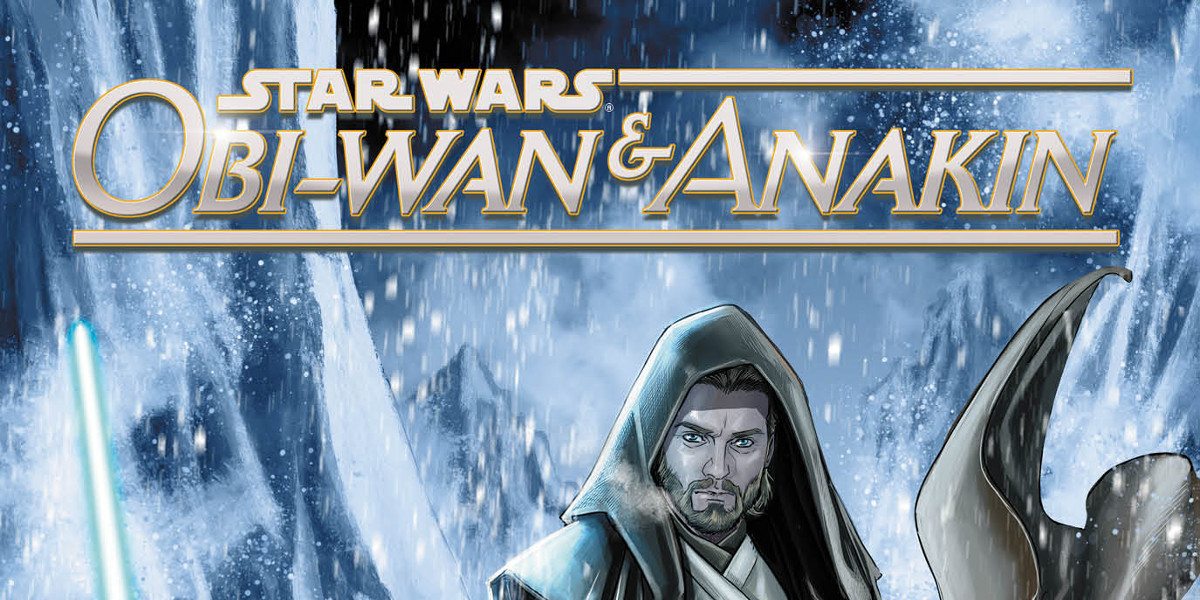 All I need to know in life I learned from Star Wars.

Well, okay. Not all. If you’re still following the Gather ‘Round Padawans series (and if you have, or are, thank you), I’m hoping I’ve convinced you to, at the very least, consider the idea of comics as medium rather than as superhero sub-genre and that comics across age and subject spectrums have a lot to teach us about life, parenting, and everything.

If you’re new to the series, welcome. Warm up your brain salmons because this time, I’m taking a look at the Marvel’s new Obi-Wan & Anakin title and one honking, important parenting lesson to be found therein.

Take a close look at the text in the panels above. Then take a look at what Obi-Wan is doing. Whose lightsaber he has.

Do you see what I see?

Anakin wanted to leave the Order and Obi-Wan, his master, his hero, the man who became, for all intents and purposes his father, did everything in his power to convince Anakin to stay. One of the only elements of interest that came out of the prequels that shall not be dignified with names, and was explored in more depth in Matt Stover’s novelization of Revenge of the Sith, is that the Jedi Order never had Anakin’s best interests at heart; they wanted their Chosen One and they were going to have him by any means necessary.

Obi-Wan was the only member of the council who had a modicum of give-a-crap for Anakin, and even the slightest hint of remorse in throwing him as bait to Palpatine; when it came down to it, however, even Obi-Wan did as he was told.

That definitely bit the Jedi, and the rest of the galaxy, in the butt.

When Ashoka Tano made the decision to leave, she was allowed to do so. She, like Anakin in this comic, was still a teenager, still young and impulsive and also a powerful Jedi. No one made any attempt to stop her, however, with the exception of her master, Anakin. And even he, ultimately, respected her choice.

Why didn’t Obi-Wan trust Anakin to make the same decision?

Anakin was a rare parental figure in that he trusted his charge to make her own life choices.

Why do so few adults go this route? Because, in large part, teenagers make impulsive, dangerous, and yes, bad decisions. They don’t have the frame of reference to know better, which is why they need reasonable adults to guide, to set limits, to establish boundaries.

Do we want to smother? No, not at all. If we smother, there are no mistakes and if there are no mistakes, kids don’t learn. On balance, we don’t want them jumping into pools before they learn to swim or chasing a ball into the street when there’s a car speeding their way. Or jumping off a bridge because all of their friends are doing it. Driving without a license. Drinking to excess (or at all).

Even children in the most democratic of households live comparatively constrained lives. For each choice they’re allowed to make (what to wear, what to eat, what to read), there are a myriad things that are decided for them: bedtime, bath time, mealtime, when to get up, when to go to school, when to do homework, perform for the relatives, be quiet, sit still, wear a coat, wear a seatbelt, no, you can’t eat cake and ice cream for every meal…

Those rules are important. Rules teach kids to function in the human hive and to interact appropriately with others. To remain safe. Boundaries and schedule help children feel confident and loved, show them their adults are watching over them and are willing to meet their needs until they can meet those needs themselves. They may complain and yell and use the word “hate” and slam doors but deep down, they appreciate the effort. Most of them. Probably.

This dynamic, however, the need to guide and shelter, lead many adults to believe that children aren’t capable of holding any worthwhile opinions. That their thoughts and feelings are automatically reflexive and extreme, irrational. That they are incapable of rational judgment simply because they aren’t as articulate as we are, because they cry where we would discuss, yell where we would prefer to calm and collected (well, ideally).

Sometimes kids buck the system to see what they can extract from it. Sometimes, they want to see where the limits are, how far safety extends. Sometimes, they’re just being buttheads. These are their jobs just as it’s our job as adult role models to teach them self-regulation and appropriate behavior (affluenza moms aside).

While we may all pull out the, “because I’m the parent,” or the “because I said so” from time to time (and rightfully so, I might add because why does it take a six year old forty-five minutes to get ready for something he says he’s dying to do when all he needs to do is get dressed, pee, and brush his teeth?) and while we may have lived more life, while we may know more, we forget kids are remarkably perceptive.

They are wise in their honesty and lack of inhibition. They sometimes perceive things so much more clearly because they aren’t as distracted by the weight of personal history. They have the ability to see things as they are rather than as they would like them to be or social baggage tells them they should.

What does this have to do with Obi-Wan & Anakin?

Sometimes, when kids don’t want to do something or when they don’t want to be something, there’s a damn good reason. That reason may become lost in the noise of (completely justified) parental frustration and/or a small to medium sized person’s immature expressive ability but that doesn’t detract from its legitimacy.

History shows that Anakin was completely justified in his hesitancy to become a Jedi. It didn’t end well for anyone: not for him, nor Padme, nor for his children, not for his master, nor for the entire flipping galaxy. If someone, anyone, had listened to the kid, a lot of hardship and pain might have been avoided.

If his idol, his father figure, his master, had listened.

When I was being trained to teach children’s self-defense classes, one of the things we tried to impart to the parents was that if a child didn’t want to be touched or hugged by someone, the adult should respect her wishes. Even if it’s grandma, even if you know she’s trustworthy and sweet and all of those lovely grandma things, if the child doesn’t want to be touched, there’s a reason whether or not it makes sense to the adult mind, whether or not it can be verbalized, it is very real and the adult should heed it.

I hated being touched randomly or without warning as an older kid and teenager. I hated being told I had to let people (appropriately) hug me or kiss me. Is it because I didn’t love those people? No. Because I thought they were going to hurt me? No. I just didn’t like it. Being made to do it made me uncomfortable and squidgy and I had to withdraw into a corner with a book as a shield. At which point I was teased for being “that kid.”

I still don’t like being touched by strangers: crowded elevators are torture and rush hour public transport… *shudder.* One of many reasons I don’t take the bus. I still jump when someone puts a hand on my shoulder without warning. It has made intimacy difficult.

And perhaps, perhaps, if things had been different when I’d been a kid, if my feelings on the matter had been respected, I’d have grown to be more comfortable with physical contact and intimacy on my own terms.

What would the universe have been if the Jedi Masters, if Obi-Wan, whom Anakin worshiped and loved, had listened to him when he said he wanted to leave the Order?

Do we blame the Jedi for Anakin going dark side?

Not entirely. Anakin made that decision as an adult, after being educated in the consequences. But the Order did fail Anakin in not listening to his concerns about his place with them because he was a child when he first expressed them. We can blame them for not having enough faith in Anakin to trust his instincts.

In never discussing or delving into his reasons and for deliberately putting him in situations they knew would tempt him to stay. What kid wouldn’t want to use magic to do fancy flips, fling a laser sword around, and fly spaceships? Who doesn’t want to be a hero? Shame on them for using their knowledge of the boy and his conscience and his thirst for adventure to get what they want rather than helping him to tailor his experience to what he needed.

Did Anakin need to be taught to control his abilities? Yes. Absolutely. His powers are dangerous. They can kill. They can bring a whole galaxy to its knees. Does he have to be a Jedi to do that?

Our children put faith in us to guide them; that same faith means we owe them the respect of taking their needs into account, their feelings and their developing psyches. Sometimes, they’ll have to do things they don’t want to do. We all do. I go to work every day. I eat healthy as much as possible. I cook when I’d rather order out. I clean when I’d rather be reading.

Maybe, just maybe, sometimes we can compromise on method. On timing. Even on whether or not that thing is really as important as we think it is. Ashoka was very powerful with the Force and she turned out more than fine without the Order.

Anakin had a part in that. Though he always regretted losing his Palawan, his trust allowed her to have confidence in the person she was and would become. He put his faith in her and, even in his Vader persona, was rewarded with a friend who would always love him for having that faith in her. For there being one person who would always remember who he was. Who he could have been.

Obi-Wan failed to do the same with Anakin and look where everyone ended up.

Take a moment to listen to your kids (after they’re done screaming and kicking and throwing stuff). Ask them “why” they’re so opposed to the thing if they’re old enough to tell you. Read between the lines if they’re not. Trust the honesty of their emotions.

As is age appropriate and not crazy-making for you, of course 🙂 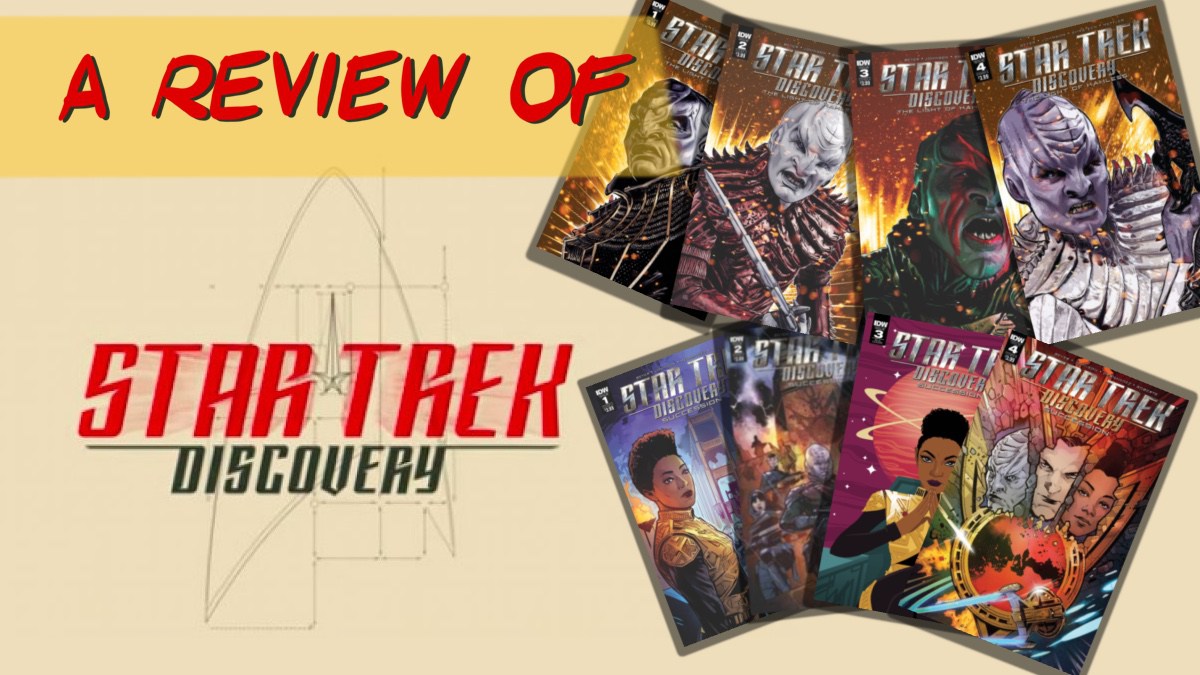 Intervention 2011: A Con for You and Your Kids!

Sofia the First: The Floating Palace is Another Charming Digital Storybook