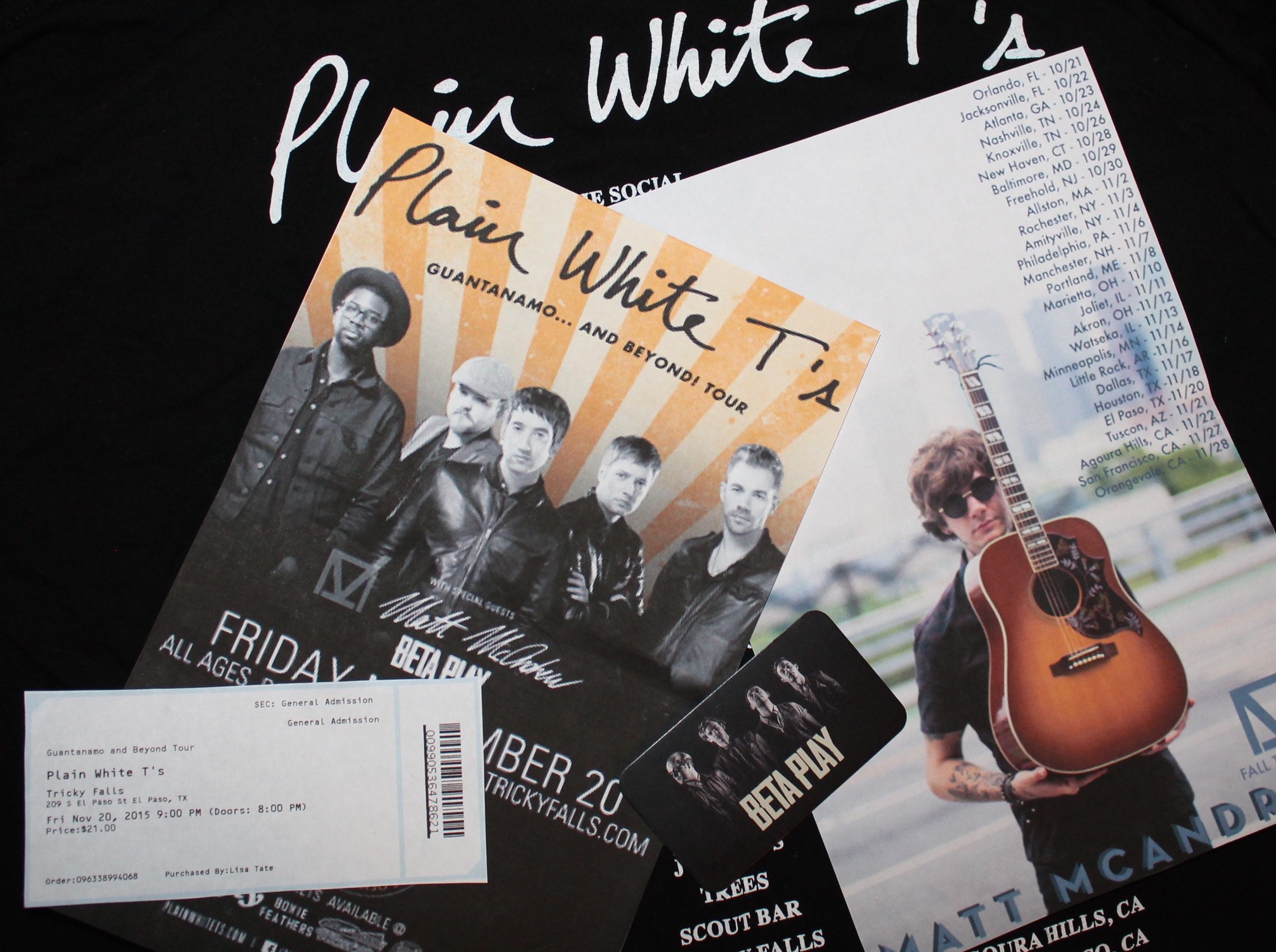 I’ve had some pretty interesting live music experiences in my day.

I witnessed Mick and his boys endure constant drunk-dude outbursts of “Woooo, I love you, Keith Richards!” during what was otherwise a flawless Rolling Stones performance, and laughed as my mom’s asthma mysteriously cleared up from the nasty-smelling cloud of smoke wafting down on us at the Willie Nelson show.

I watched a performance by Pearl Jam with pure disgust, because an Austin afternoon traffic jam caused us to miss my only chance ever to see The Ramones. I yelled myself hoarse at both a Stray Cats reunion show and a Johnny Cash performance, and watched Gordon Gano chew out the audience like a school marm for throwing water bottles at a Violent Femmes show.

I pouted, because I wasn’t “old enough” to see The Clash yet, and thoroughly ticked off when former Sex Pistol John “Johnny Rotten” Lydon had a “throat problem” that caused him to cancel his show.

I’ve prog-rocked along with Carlos Santana, sh*t-kicked with Dwight Yoakum, and “rock concert moved” with the original Blue Man Group before they became an over-hyped brand name.

I love live music, be it classical or heavy metal, pop or punk, blues or bluegrass. Just put me in that atmosphere surrounded by people drinking in the experience of absorbing that pure sound of notes and lyrics flowing from stage to ear; a sound without the sanitized filter of the car radio or Beats ear buds, and I’m where I want to be.

Now, here’s the overwhelmingly humiliating part. It all started with Lawrence Welk. I surprised my grandmother with a pair of tickets to the Champagne music pioneer’s traveling show when I was seven, and she had such a fun time, I took her to see Liberace.

Suffice to say, I’ve paid my concert dues as a dutiful granddaughter, but it wasn’t without merit. My grandmother and I were very different people and didn’t always get along, but when I took her to these shows, she was so genuinely entertained, none of these differences mattered. I was a good granddaughter in her eyes.

I think my dad noticed this and made sure I got plenty chances to see my own music. This included taking me to my first all ages experience at a rock festival,  to see one of my guitar heroes, Stevie Ray Vaughn. I had the good fortune to see him twice, both times with my dad, and both times two generations ran across friends we knew. There were people of all ages and ilk, just bonding over the sounds of one man on stage with one guitar… and it was awesome.

This past week, I had a chance to be on the flip side of this experience by taking my daughter to her first all ages show. My daughter had been going through the middle school, “yeah, whatever,” phase, and although she’s a great kid, getting her to admit she’s excited or happy about something is like pulling teeth from a dragon. Tread lightly.

She does love her music, and is rarely without her dad’s hand-me-down iPod, another thing that makes reaching out to her a bit hard.

One of her favorite bands on the planet is the Plain White T’s, and when I found out they were coming to a fantastic local music venue, Tricky Falls, for a pretty inexpensive ticket price, I figured it was time for some aggressive mother-to-daughter outreach: a live rock concert!

I had a little ulterior motive, as I really like this band, too. I had also been itching to get myself to a smaller venue concert again, particularly since putting concert calendar listings together is part of my day job. I needed a girls’ night out with one of my girls.

We had taken her to other shows as a kid (do The Wiggles count?), but this was the first time she was getting to see a show by her band. I didn’t let her know where we were going until we walked in the door of the club. The entire time the doorman was marking her hands with those big telltale “I’m under 21” X’s in permanent marker, she eyed me with suspicion. It wasn’t until we walked through the foyer of the old renovated theater space, that I held up the ticket stubs and showed her:

“This is where I brought you,” I said, and she literally did a “YES!” fist pump.

Like my own concert experiences, I got to witness how many different types of people were there to for the Plain White Ts experience. Since one of the opening acts was a runner up of the show The Voice, Matt McAndrew, there were plenty of parents who wanted to see him. I didn’t know who he was, since I don’t watch The Voice, but, he put on a solid show. I made a couple of iTunes purchases of his music, and of the other opening band for the show, Beta Play.

I never heard of either of these opening performers, but that’s what seeing them live does. It forms a connection to their music hearing it through a third party device just can’t.

I had a blast showing off my concert cred to my daughter. I showed her how to inch her way to the front of the crowd, which t-shirt type is the best to get (the one with the city listings, of course), and how to carry as little as possible on your person, so you can put your hands up and dance and when the spirit moves. I taught her how to ignore the “my first beer” drunks, and to look in between the sea of smartphones thrust in the air when Plain White T’s frontman Tom Higgenson sat down for a stage solo of  “Hey There Delilah.” She put her own choir experience to use by remembering to shift her legs, and not lock her knees from standing.

More than anything, I taught her to lighten up a bit. Don’t be afraid to sing, to scream appreciation, and to dance. No one is judging you, they’re all just here for the band. By the end of the show, she had sung along to nearly every hit, waved her fandom allegiance to every band member, and smiled the entire time. I did as well, not only for the terrific show, but for seeing how much fun my daughter had, and watching her catch the same concert bug that has inflicted her mother for several years.

I think, although can’t be sure, I even heard a “thank you.” For the sake of happy memories, I’ll say I did.

After the show, we were able to wobble and crunch our way through the crowd, to get my daughter an autograph from one of the lead vocalists and guitarist, Tim Lopez and drummer De’Mar Hamilton, as well as from McAndrew.

When I got home, this 46-year-old mother of two felt as young and vital as my 13-year-old, who at least for one night thought I was the most awesome mom in the world. Despite my sore feet and droopy eyelids, I felt energized with the elixir of good music, and fond memories.

I got to see this thrill carry on when my daughter watched the band we just saw singing their new hit, “American Nights,” on a Macy’s Parade float on television less than a week later.

“Oooh, they sang this one when I saw them Friday,” she boasted to her little sister with a huge grin.

I remember that thrill of familiarity and privilege that comes from being in the same room as a favorite performer, and it’s a thrill that will always pop back up, no matter where my daughter goes in life. Wherever she is, whatever her experience, there will always be a little nostalgic spark when she hears “1234” somewhere in her periphery.

Yes, the live music experience is still a potent today for me as it was when I first saw Stevie Ray blare out “Pride and Joy” to a mass of music lovers several generations strong.

Sometime, in the not-too-far-off future, I hope, I plan to experience it again. 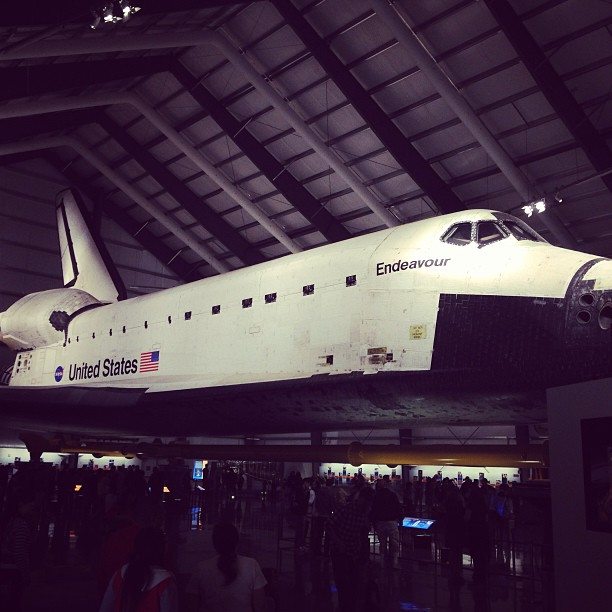 The Soft Side of Endeavour: What Space Exploration Means to Me

Grab Your Chance to Catch Up on Downton Abbey