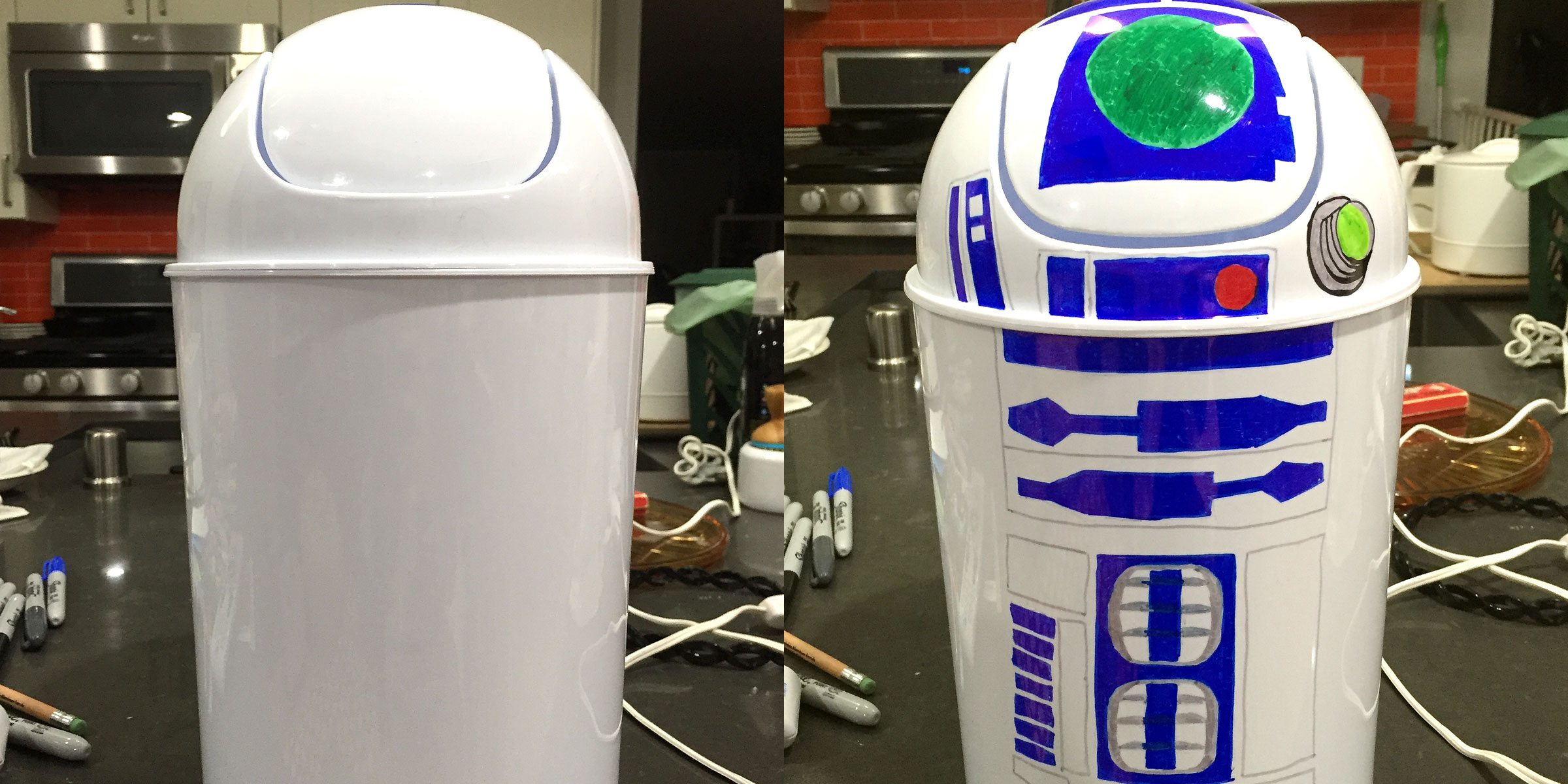 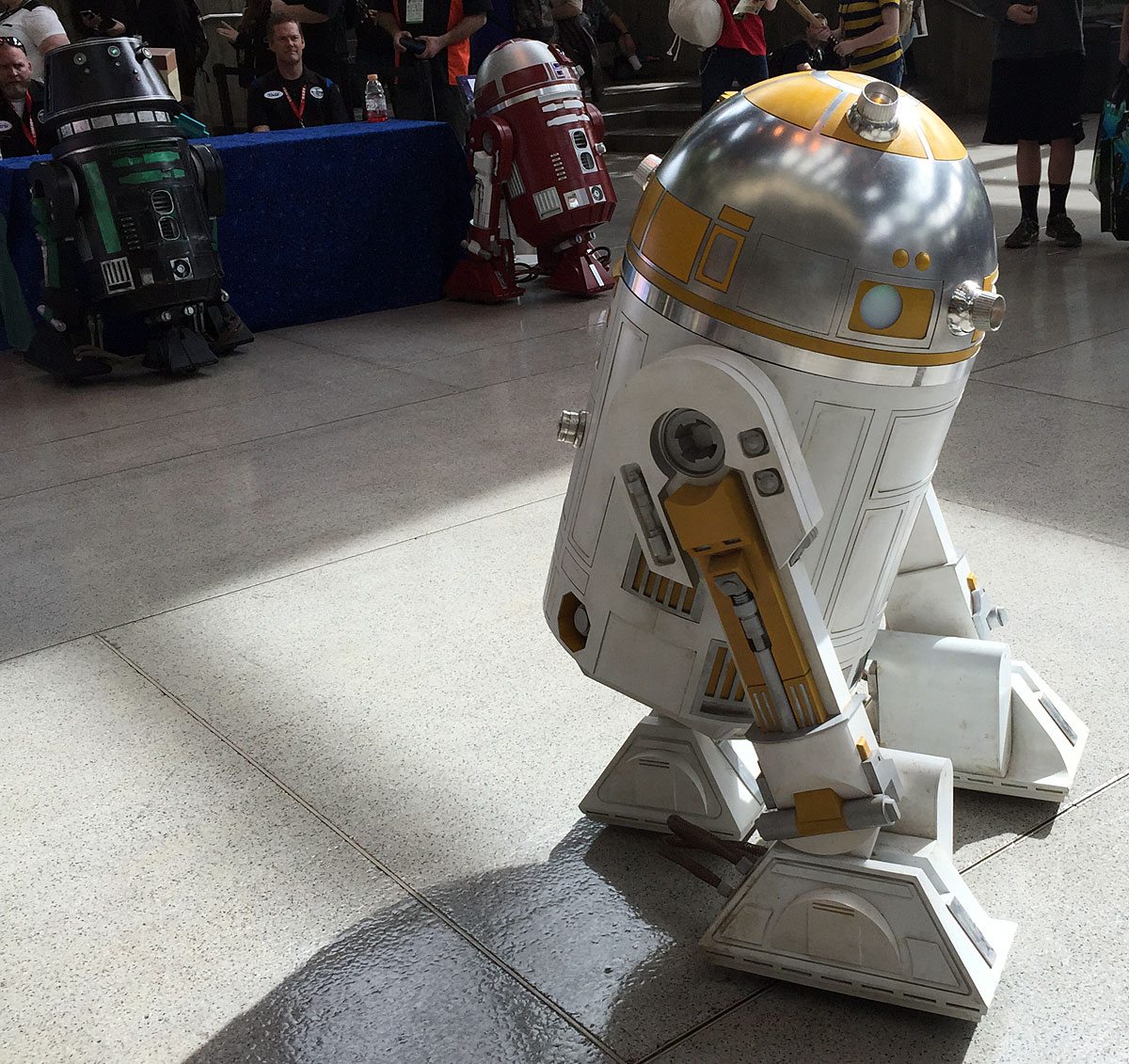 I’ve been called a neat freak many times before, and apparently this is a genetic trait because a couple of days ago my two-year-old asked for a garbage can in his new big boy room. (Transitioning to a big boy room article coming soon!) 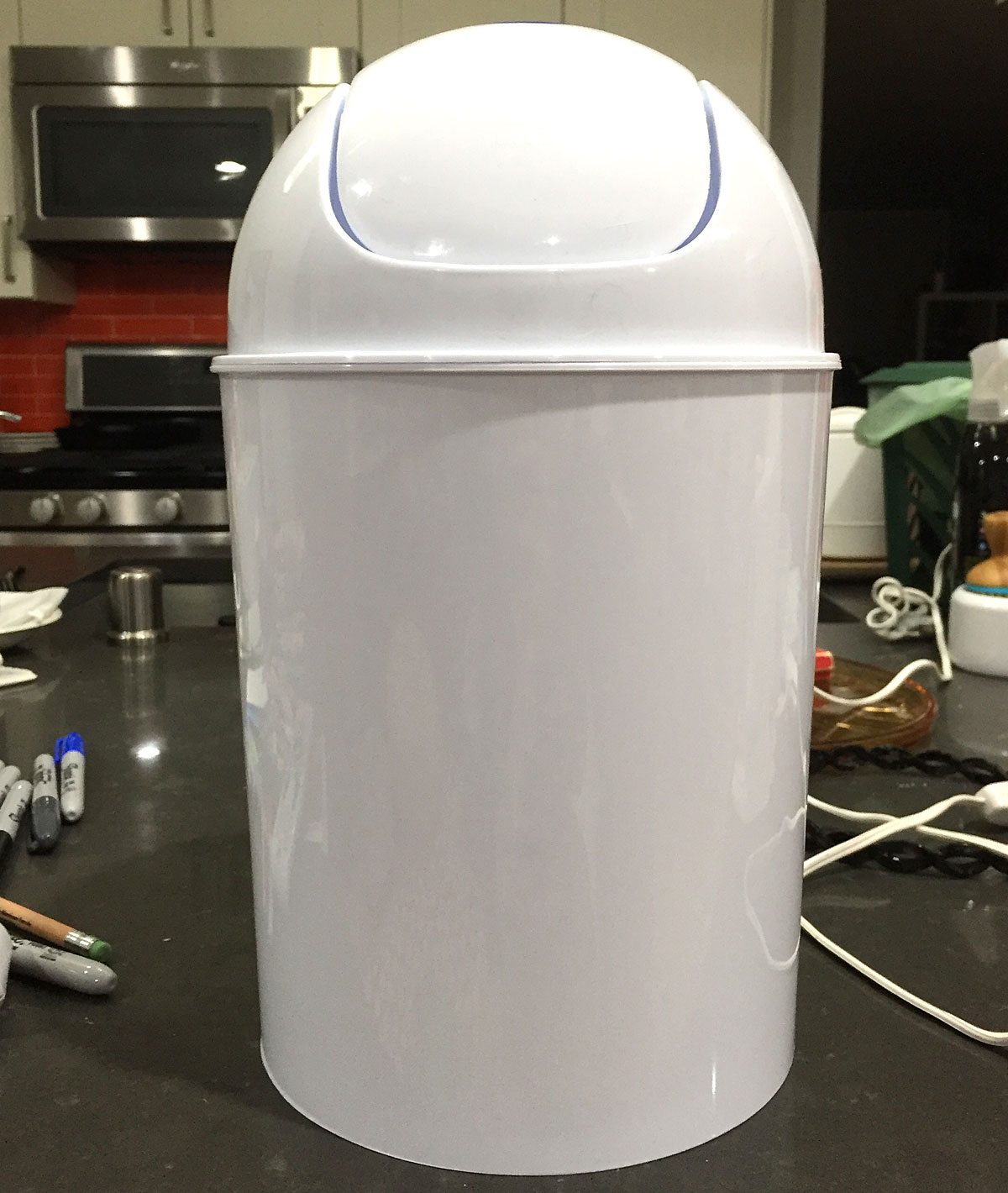 So after I picked him up from daycare, we headed over to Lowe’s to see what sorts of small garbage cans they carry. Since his room has a robot and space theme, I was picturing something small, stainless steel, and futuristic looking. After a small detour down the Christmas tree aisle (we haven’t even had Halloween yet, people!), we headed to the garbage cans. I quickly decided that spending $20 on a trash can for a toddler was a little ridiculous, and then I saw this perfect little Umbra flip top lid garbage can for only $5. Visions of what it could be danced in my head, and my son was enamored with the flip top lid which sealed the deal. 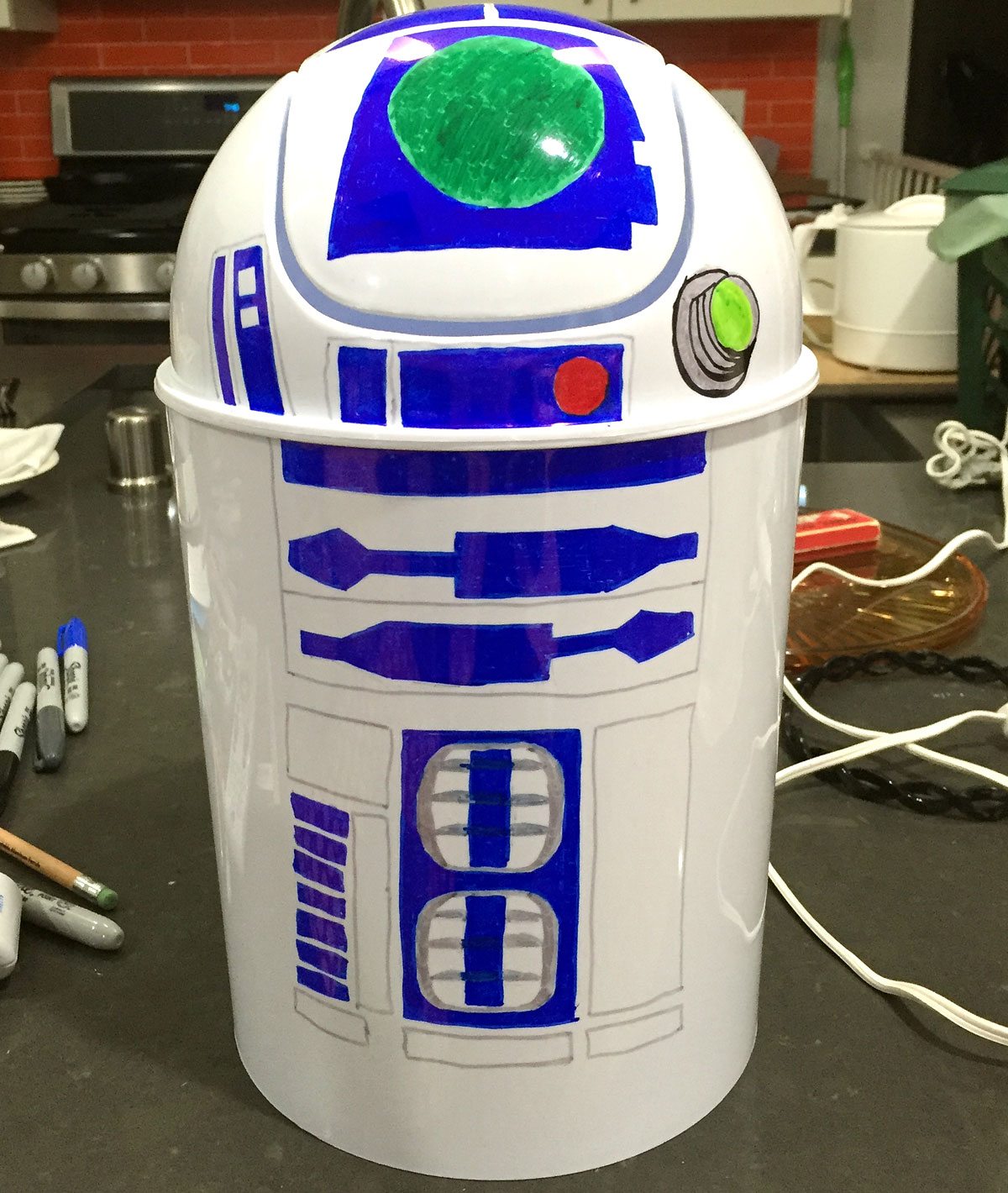 After he went to bed, I swiped his garbage can from his room, broke out all of my colored Sharpies, and went to work. I loaded up a couple of reference pictures on my phone and went to work, free-handing in all of the shapes and panel lines. After 45 minutes, I had a recognizable R2-D2 garbage can. This was a lot easier and turned out a lot better than I had expected.

A Google-a-Day Puzzle for August 25 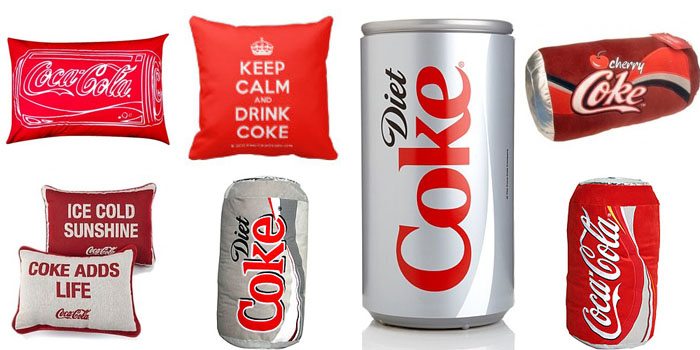