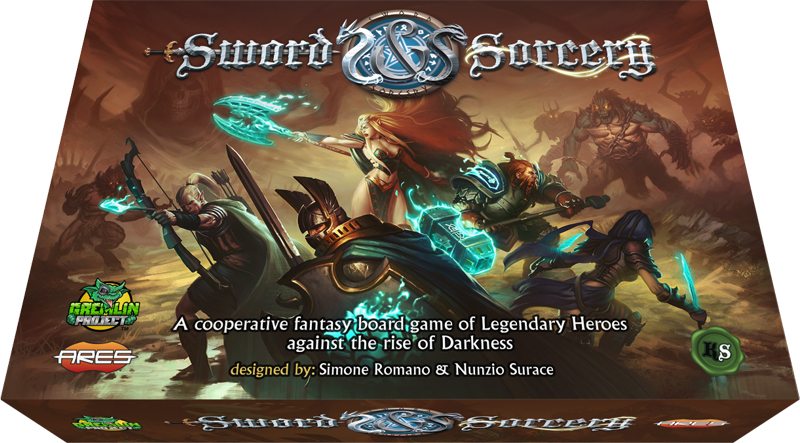 The same team who created the very popular Kickstarter sci-fi epic Galaxy Defenders is back with something a little more mystical. Sword & Sorcery is developed by the folks at Ares Games and Gremlin Project and features fantasy heroes who are called back from the dead to save their kingdom.

One to five players work together to take down minions, elite monsters, and evil masters. Similar to games like Wrath of Ashardalon, there is no player dedicated to running the enemy characters; each enemy has unique actions and reactions triggered by how far away they are from your heroes or how well they’re doing in combat. Also similar to the Dungeons & Dragons board games, the map is trying to send you back to the grave as well, with events and encounters that sometimes help, but most often ramp up the difficulty of your gaming session.

What’s nice is that, unlike those D&D games where death most often means a party wipe and defeat, heroes in Sword & Sorcery never die, and players aren’t knocked out of the game. If a hero dies again, their souls survive in ethereal form until they can be reincarnated once more. They’ll lose a bit of the punch that they’ve regained, but will still be ready to get back in the fight. 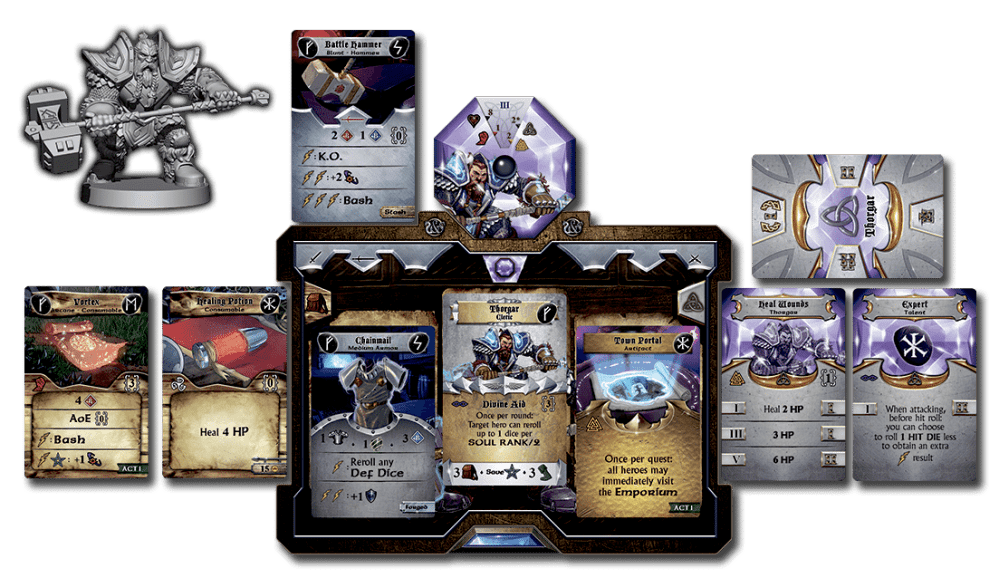 Heroes start the campaign in a weakened state; but gain loot and “soul points” as they explore the map, eliminate enemies, and progress through the story, allowing them to regain multiple powers, magic and soul weapons, and powerful artifacts. All of which they’ll need to take down the big bads contained in later quests. What’s even cooler about the heroes is that, even though you start out with a limited number of powers, you can still tailor them to your own play style by choosing a Lawful or Chaotic origin. Your choice will determine the class of your hero and will give more defensive or offensive capabilities, respectively.

Much like Galaxy Defenders before it, Sword & Sorcery features ultra-detailed 32mm hero and enemy figures and modular boards. The retail edition will come with:

The Kickstarter Edition gets a ton of extras, including:

There are a bunch of stretch goal items as well that will be unique to the Kickstarter Edition.

How Does It Play?

The rulebook claims that sessions should last around 90 minutes, but to be honest it took me nearly that long just to get things set up my first time around. I will give them the benefit of the doubt, since I was working with prototype materials and Alpha Draft rules. However, even with those caveats it’s apparent that this is a game that’s meant for a seasoned gaming group. It reminds me of Imperial Assault in a way, since there are a ton of minor rules to keep track of and a pre-determined map, but with great rewards as dedicated players progress through the campaign. A printed game manual will benefit gameplay greatly, since you’re going to be referring to it a lot while you keep track of the various effects, behaviors, and obscure symbols. As your heroes grow in power and you have a few sessions under your belt, I have no doubt that gameplay will become more streamlined. But I hope that a Quick Reference card pops up in the Kickstarter Stretch Goals at some point; it would make a world of difference in how the game plays. Because what you really want to do is have your minis beat up the enemy minis, and having to wade through the rulebook every time makes that a bit frustrating.

At the same time, being able to debate rules and overcome a dungeon that’s trying to kill you at every turn are crucial to recapturing that RPG feel. I can see this being a game that gaming groups play over weeks and months. The artwork is impressive, the minis are gorgeous (if a bit cheesecakey), and a ton of effort has been put in to create quests that have that epic campaign feel (with additional adventures coming later if they continue to follow the Galaxy Defenders model).

If this sounds like your kind of game, you can hop into the Kickstarter at the “Legendary Hero” pledge level for $110 (but if you act fast, that drops to $99 for Early Birds). Standard Kickstarter considerations apply, but this isn’t the team’s first rodeo. They know how to get a game into your hands. If you or your gaming group have been looking for more challenge in your play sessions, this is one you’ll definitely want to check out. 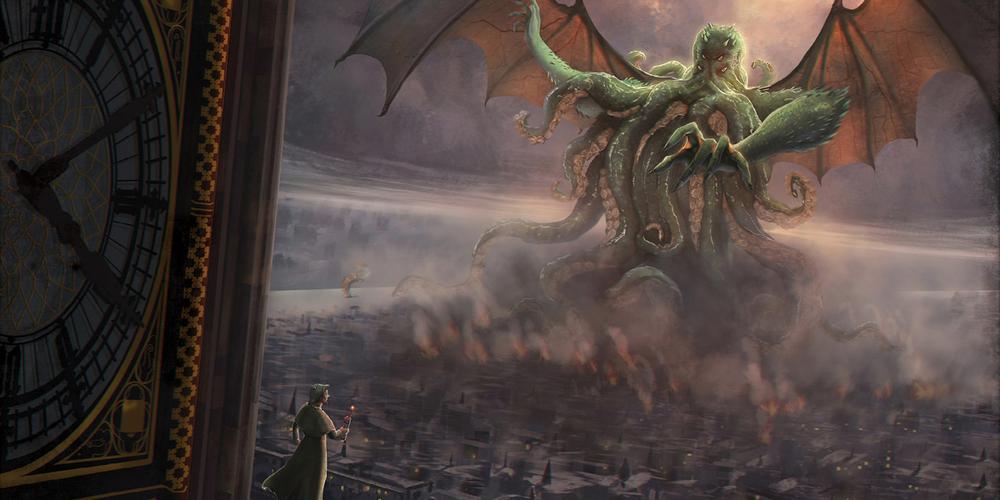 Sherlock Meets Lovecraft in ‘A Study in Emerald’ (Second Edition) 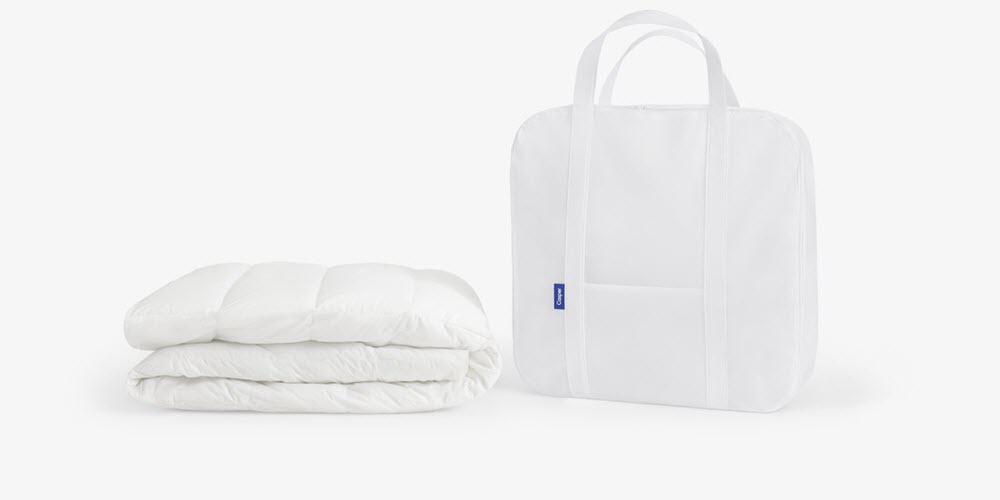 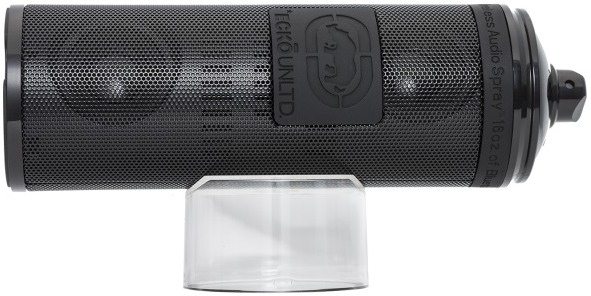