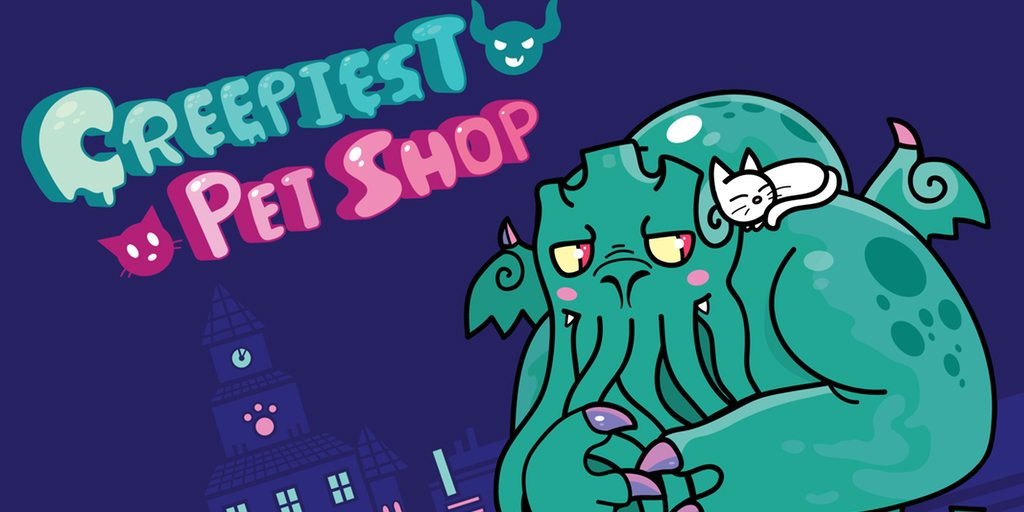 We’re less than a week from Halloween, and if you haven’t yet gotten in the spirit time is running out! But never fear; I am here once again to point you in the direction of only the finest treats and/or tricks.

We’ve already explored books and films, so let’s take a look at some superlative games and toys to enjoy as we await All Hallows’ Eve.

Creepiest Pet Shop
Each year there’s one standout activity that manages to capture the imaginations of my kids (not to mention their old man) as we explore a whole month of Halloween merriment. Sometimes it’s a book or a show or a toy, but this year it’s been Creepiest Pet Shop, a fantastic family card game by Levi Bushue.

The core gameplay is so simple that even my seven-year-old got it after a single game; Creepiest Pet Shop consists of a green Monster Deck and a purple Pet Deck, with the object being to match each pet with its perfect monster owner. There are five “suits”–Bloodsuckers (red), Otherworldly (green), Slashers (yellow), Mad Science (blue), and Mutants (purple)–and each card, both Monsters and Pets, includes the symbols of one or two suits.

The game begins as every player is dealt a five-card hand of Monsters only, and each play round consists of four phases: 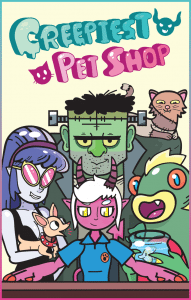 1) Discard and Draw: Players can choose to discard up to three cards before drawing back up to their maximum hand size.

2) Effect: Hidden among the Monster deck are special Effect cards. These can be played on yourself or your opponents during this phase and generally do things to increase/decrease maximum hand size, but also include helpful cards that allow you to immediately adopt a pet. However, opposing players can also choose to sacrifice one of their dual-suit Monsters (known in-game as Terrifying Monsters) to cancel an Effect, sending it instead to the discard pile.

3) Reveal Pets: The last player to successfully adopt a pet (or, in the case of the first round, the oldest player) flips over two cards from the Pet Deck, at which point all players immediately begin the adoption process.

4) Adoption: This is done by matching the suit(s) of the desired Pet with the suit(s) of one or more Monsters in your hand. Fast hands rule, so the first to place the appropriate card(s) on the pet wins the adoption bid. That player adds the Pet to her pile, and her corresponding Monsters are discarded while all the slower players return their Monsters to their hands. Beware, however, that even the Pet deck has some Effect cards of its own–specifically “Van Helsing’s Pet Control,” which forces the player who selected it from the deck to immediately discard two of his own Pets.

The game ends when all Pets have been adopted, and the Pet points are tallied. Players earn one point per suit on each Pet card, meaning those dual-suit Pets are worth two points instead of one. The player with the most points wins the game, not to mention the coveted title of “Employee of the Month.”

Creepiest Pet Shop is currently available via Kickstarter, and the campaign is off to a great start. A copy of the game can be had at as low as the $19 pledge level, with any unlocked stretch goal promo cards included!

Even the pre-release copy I was provided for review included full card art by Harris Fagotto and Matthieu Cousin that was simple, colorful, and impeccably charming. The real strength of Creepiest Pet Shop, however, is in its pick-up-and-play nature. If you’re looking for a perfect quick-play palate-cleanser or a not-too-spooky family game, it’s a perfect match. 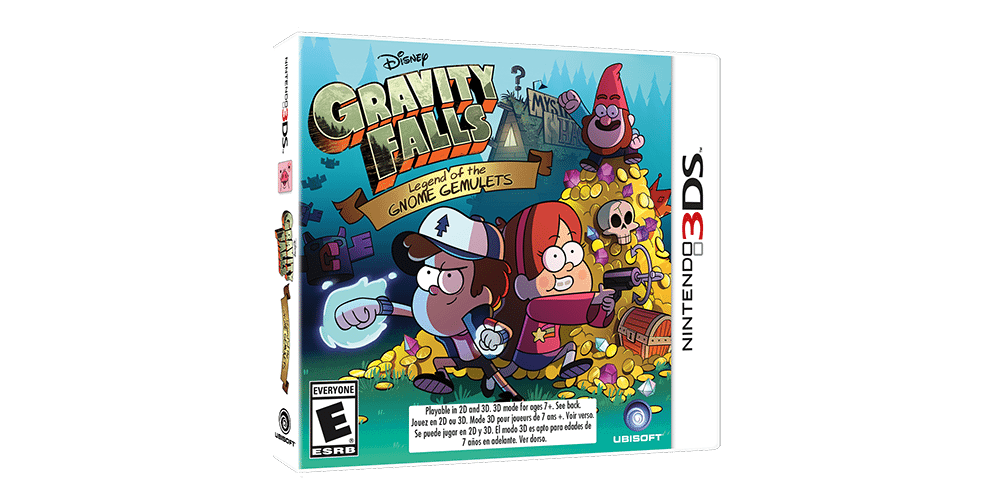 Gravity Falls: Legend of the Gnome Gemulets
I’ve been spreading the gospel of Gravity Falls to all who’d hear it for almost two full seasons now, so the new 3DS title from Ubisoft has been hotly anticipated in my house since its announcement back in July. Thankfully, it’s arrived just in time for Halloween.

After spending the weekend with it, I can now assure you that Legend of the Gnome Gemulets is not only a great licensed game; it’s a great Gravity Falls game. The tone of the plot and dialog perfectly matches that of the show, and the development team obviously went to great lengths to recreate the lush backgrounds and quirky character traits for which the series is famous. (Suffice it to say that the fact that this title was created in direct collaboration with the show creator Alex Hirsch is plainly apparent.)

Gameplay consists or navigating various environments as both Dipper and Mabel Pines, switching control on the fly to whichever Mystery Twin is properly prepared for the task at hand. Dipper’s flashlight can cut through darkness while his Gnome Battle Cuffs make short work of foes, while Mabel’s grappling hook and Fleece of Bedazzlement help traverse multi-leveled maps and take out enemies from a slightly safer distance.

Grunkle Stan uses the junk you find along your adventures to craft new exhibits for the Mystery Shack, Soos serves as your own special weaponsmith, and even Old Man McGucket shows up to help you level up your health and fighting skills. I’d also be remiss if I didn’t explicitly state–because this is something I rarely say about 3DS games–that the 3D features actually add something substantive to the title. From great pines that pop out at you as you traverse the forest to multi-plane maps that push Dipper deeper into (and then back out of) the wilds of Gravity Falls, the game looks as good as it plays.

With solid combat, exhilarating platforming, a hilarious narrative, and *gasp* deliberate, functional use of the oft-neglected 3DS touchscreen, Gravity Falls: Legend of the Gnome Gemulets is a must-have for fans of the show. My only complaint? The game’s definitely on the short side. (I managed to blow through it in a weekend.) However, there are still ample collectibles to track down and return to your fellow Oregonians after you’ve solved the mystery of the titular Gnome Gemulets. 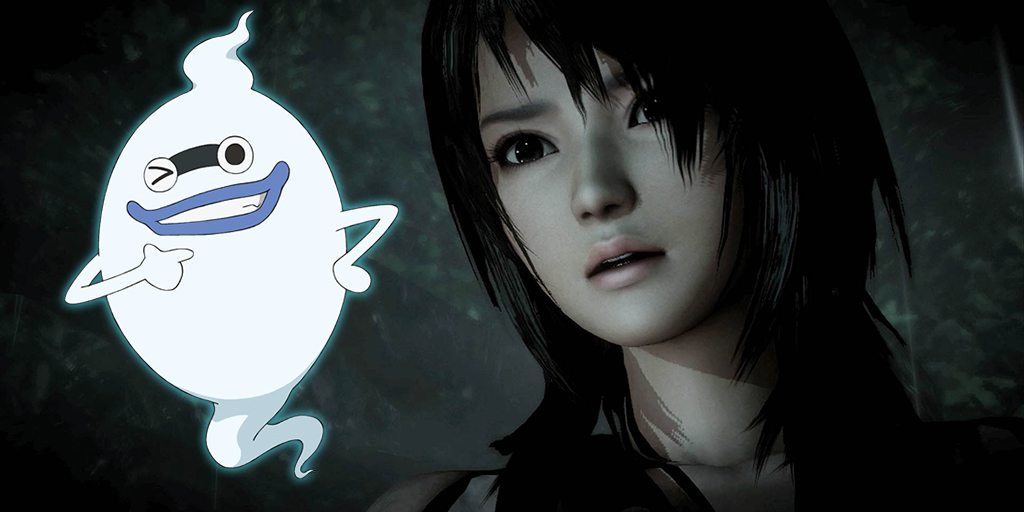 Yo-Kai Watch, Fatal Frame: Maiden of Black Water demos
While I haven’t played enough of them to properly review either game, I do have to give a nod to two timely demos for the Nintendo 3DS and Wii U. Consider ’em honorable mentions, if you will.

Yo-Kai Watch, a veritable sensation in Japan, is headed to the US next month, and October 22 saw the release of a demo version on the domestic 3DS eShop. I downloaded it Saturday afternoon, and, as soon as my kids laid eyes on it, they had to cop it for their systems too.

I powered through it in 20 minutes, getting the requisite primer on Yo-Kai and their ability to influence the emotions of humans, the power of my special watch to locate them, and using my own friendly Yo-Kai to defeat these baddies and again set the world right from friendly spirit and self-appointed “ghost butler” Whisper. My daughter and son, on the other hand, spent hours exploring protagonist Nate’s neighborhood, looking for more and more spirits to defeat and/or befriend.

If your kids have already fallen in love with the animated series on Disney XD, you or your little ones are curious about this recently localized property, or you’re just in the mood for some new, free content on your 3DS, give this one a look. The demo only allows 15 plays, but that should be more than enough time to determine whether or not Yo-Kai Watch is for you.

After the children go to bed, though, be sure and grab the trial version of Fatal Frame: Maiden of Black Water. Dubbed a “free-to-start” game by Nintendo, the latest iteration of this long-running survival horror franchise lets you play through the first two chapters gratis. (Which, again, is more than enough time to decide if this title is your bag.)

Composed of three intertwined narratives, Fatal Frame: Maiden of Black Water focuses on a string of recent deaths and disappearances in rural Japan. As always, you’re armed with the helpful Camera Obscura, which lets you see into the dark realm of spirits and shadows and also serves as a weapon against these terrifying foes–for reasons.

This series ain’t for everyone–though I did unapologetically adore Spirit Camera: The Cursed Memoir–and I doubt Maiden of Black Water will make many converts. But, for the very low price of free, it’s still worth your time to try out, especially as we edge closer to the spookiest night of the year. 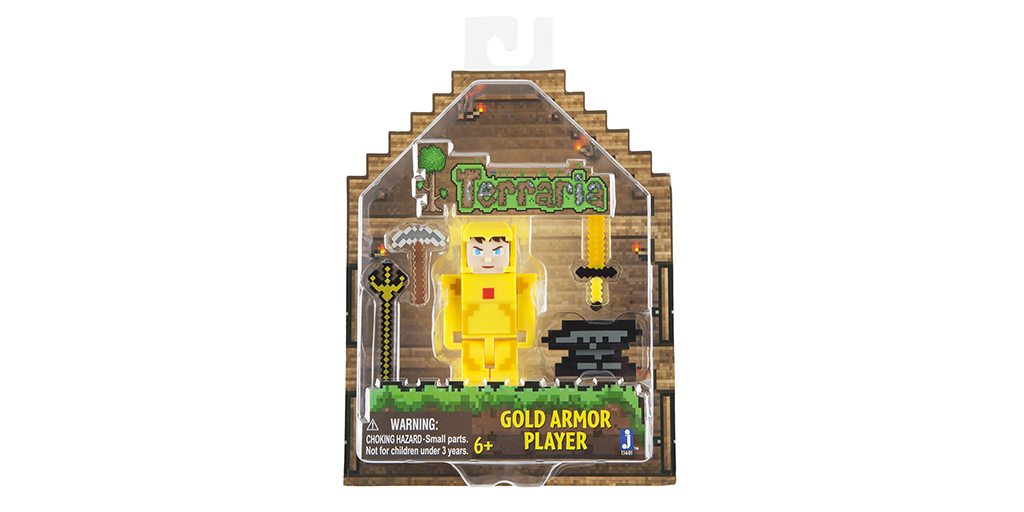 Terraria toys by Jazwares
Speaking of Nintendo systems, it seems as though Terraria has managed to beat juggernaut competitor Minecraft to both the Wii U and 3DS, and that suits me just fine. While Minecraft has never fully grabbed me, I’ve become fully engrossed in Terraria at multiple times and across multiple formats.

Whether your preferred system for 2D world-building is handheld, console, or mobile device, you can now bring all your faux-8-bit adventures to life with a series of Terraria action figures. Featuring helpful neighbors, fearsome monsters, and, of course, your own personal character decked out in heroic finery, they all come equipped with lots of removable weapons and accessories… and the series’ trademark blockiness.

Perfect for shared play with the kids or recreating your most harrowing battles in your cubicle during mandatory conference calls, this line of Terraria 3-inch figures is fun for the whole family. 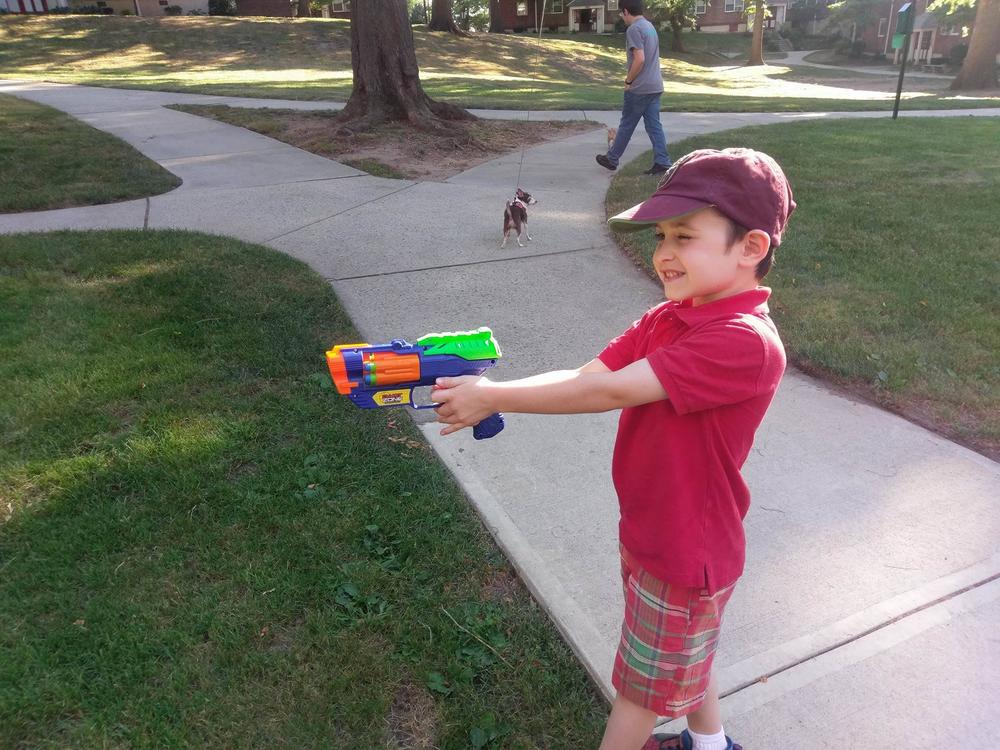 The Summer of Dart Zone 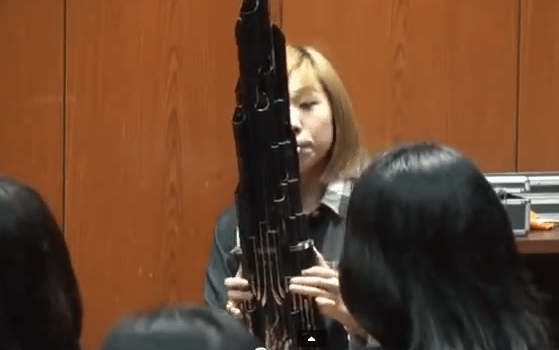