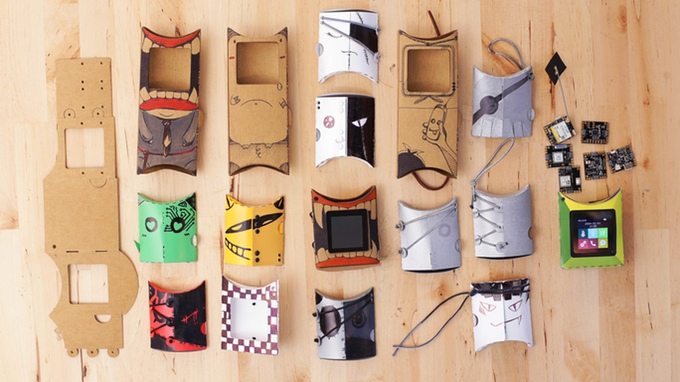 RePhone Kit – World’s First Open Source and Modular Phone
Tired of those boring smartphone rectangles? Time to blow them up.

Skreens lets every device stream at once with NO lag
Puts Xbox, cable, Twitter, etc., all on the same screen, in a custom layout.

Robo Wunderkind: A robot anyone can build
Modular robot bits that are smartphone-controlled and LEGO-compatible.

solidLUUV: The All-In-One Camera Stabilizer
Steadicam-style shots on a budget.

FizzBuzz
A classic interview question for programmers, in the form of a kinetic sculpture.

Top Secret – a game about the Snowden leaks
Play this game in real time over email and pick up some encryption skills.