People have been concocting wild theories tying different movies and TV shows together in various ways, some more outlandish than the others. One of the more recent ones to gain traction on the internet is that Anna and Elsa’s parents in Frozen – the king and queen of Arendelle – didn’t die in a shipwreck, but rather were stranded in a seaside jungle and had a son before they died, who grew up to be Tarzan from the eponymous Disney movie. It’s a clever idea. It’s also complete hogwash.

The Frozen–Tarzan link theory got a bump in the past ten days or so, after Chris Buck – who directed both movies – supposedly confirmed it. Anyone who says he confirmed it, though, has either not bothered to track down his statement as he originally said it or has selectively edited the quotation, because if you read the whole thing it’s obvious that he meant the exact opposite.

The Tarzan theory falls victim to the fallacy that disproves most such theories eventually: cherry-picking, or confirmation bias. It’s natural to fixate on the evidence that supports the theory you’re trying to prove, and to ignore the evidence that could contradict it. In some cases, the evidence against the theory is as questionable as the evidence in support of it, or is hard to find. And sometimes, as in the Tarzan theory, it’s right there in plain sight of the people proposing the theory; they’re just not seeing it. Look: 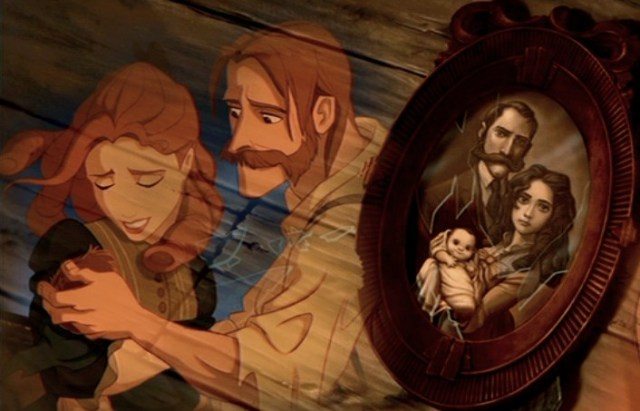 That’s an image I’ve seen on many sites used to support the theory. Let’s look at the portrait on the right side of this image. Here’s what the whole portrait looks like: 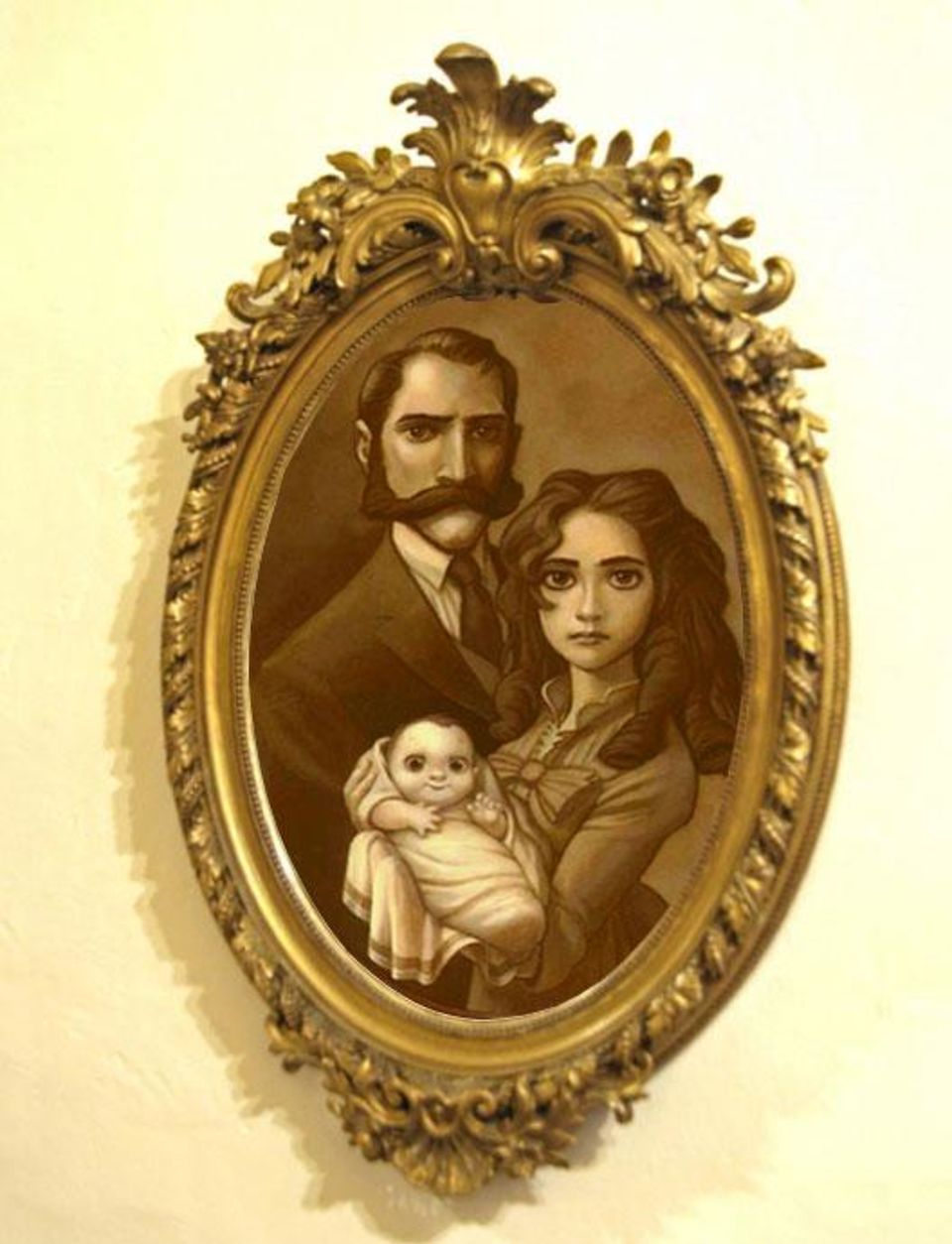 What do you see here? Setting aside questions about how much (or how little) Tarzan’s parents look like Elsa and Anna’s parents, what do you see? There are two really important things to note about this portrait. First, it is a black-and-white (or grayscale) or possible sepia-toned image. Virtually nobody who wasn’t doing so ironically has ever painted a formal portrait in anything but full color – why would you? So we must draw the conclusion that this is not a painting. It’s a photograph. Since a photograph of animated characters looks a lot like a painting, it’s an understandable mistake to think it is one, but the fact that it’s black-and-white can only mean that it is intended to be a photograph. But it’s a pretty sharp picture, and until the late 1800s subjects had to sit still for a fair while while a photograph was taken, and there’s that baby in the photo. And even in his mother’s arms, how often does an awake baby who isn’t eating really hold still for more than 20 seconds?

And that brings us to the second thing to note about the portrait: the baby. Obviously, the baby is meant to be Tarzan. That means that the photograph was taken after he was born. That had to have been done before his family left on their final voyage, because the notion of it having been taken on the ship is ludicrous (even if it was, how would it have been developed?). So Tarzan couldn’t have been born after his parents were stranded.

Now, most sources seem to agree that most of Frozen (starting with Elsa’s coronation) takes place in the early 1840s. The earliest publicly available daguerrotypes were introduced in 1839, and it took a good couple of decades before the resolution got anywhere near that of the photo in Tarzan. The photo not enough for you? How about the typewriter? 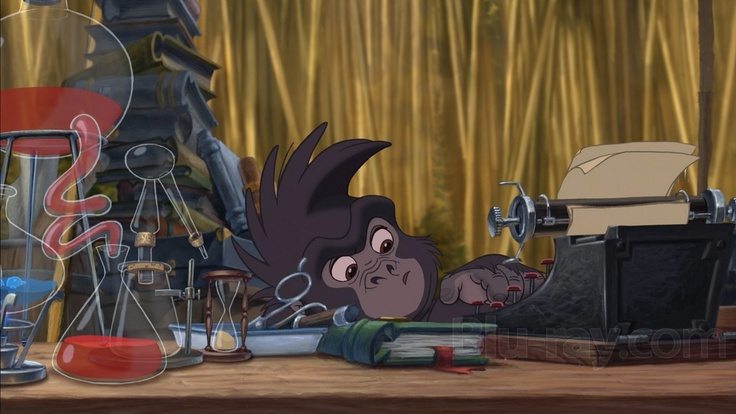 This is clearly the Underwood style of typewriter, which didn’t appear until right around the turn of the twentieth century. There’s also a disc-playing phonograph in the camp (an elephant uses its trumpet as, well, a trumpet), and a Penny-farthing bicycle as well.

I could go on, but there’s no sense in beating a dead theory. Tarzan is clearly supposed to take place in the very late nineteenth or early twentieth century, or between 53 and 73 years after the king and queen of Arendelle are lost at sea. It just doesn’t work, and it’s pure confirmation bias to think otherwise.

106 thoughts on “No, Tarzan Is Not Anna and Elsa’s Little Brother. Here’s Why”