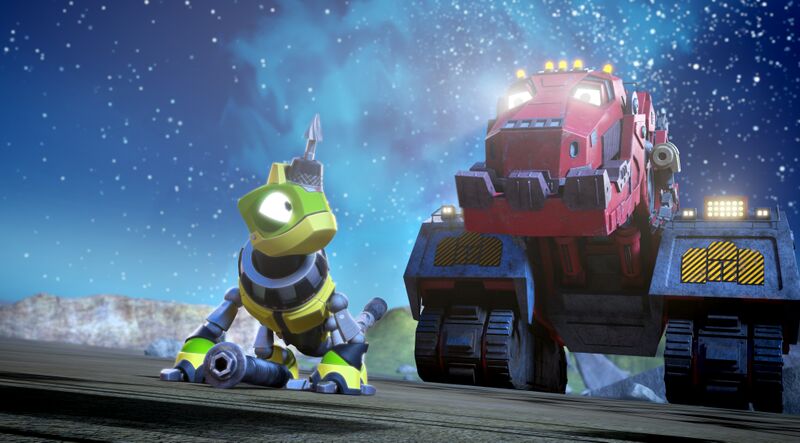 [Dinotrux from Dreamworks Animation premieres on Netflix on August 14. The first season of 10 episodes will all drop at once.]

A couple months ago, I got a chance to visit the Dreamworks Animation campus in Glendale, CA, for an advance peek at two new shows coming to Netflix this summer. The first was Dragons: Race to the Edge. Dinotrux was the second.

In 2013, Netflix and Dreamworks Animation signed an unprecedented multiyear programming agreement for more than 300 hours of content. It was (and is) Netflix’s largest commitment to new content, and it was to a single provider.

The deal provided for three seasons each of 12 new shows. So far, fruits of that deal have already grown in the form of All Hail King Julien, The Adventures of Puss in Boots, Veggie Tales in the House, Turbo FAST, and Dragons: Race to the Edge. 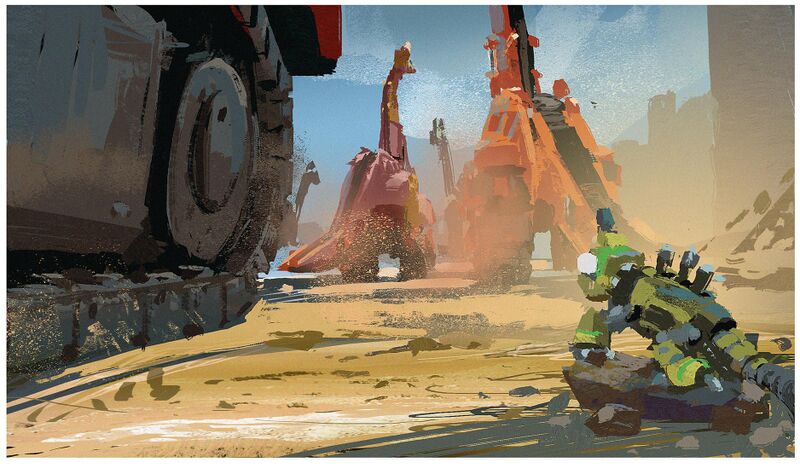 You’ll notice that all of those shows are based on an existing franchise. Dinotrux is a departure for Dreamworks in that it’s the first show they’ve produced that is “original.” I put original in quotes because it’s actually based on a series of children’s books from Chris Gall, but the design of the show is actually quite a departure from the books.

With that in mind, here’s an exclusive clip from the show – especially for all of you awesome GeekDad readers:

Dinotrux presents a world populated by both Dinotrux and Reptools. Each of the former is a combination of a real dinosaur and a specific type of construction vehicle (e.g., a triceratops/bulldozer mix or a T-rex/wrecking ball mix). The latter – the reptools – are the tiny scene-stealers that are basically walking, talking tools that help keep the enormous Dinotrux in tip-top shape. Prepare to fall in love with Revitt, the Reptool member of the core group.

From the start, there are five core characters (two of which are female), but the developers created about 50 characters for land, sea, and air. The Mechazoic feels very much alive with dozens of well-thought-out creatures and characters.

The show is aimed at 4-8 year olds, and each episode was developed to be a 22-minute movie — your kid’s first action movie, if you will. Episodes are standalone, but the world (the cleverly named Mechazoic) slowly expands with each. 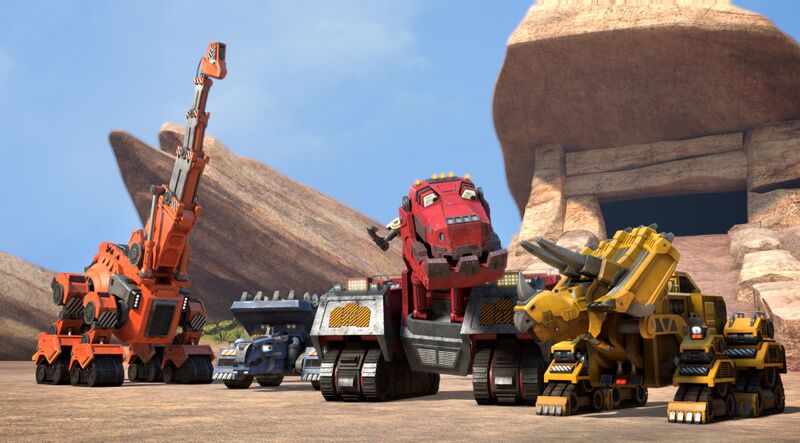 Dinotrux may immediately draw comparisons to Disney’s Cars franchise, but the characters here obey the laws of physics. They’re rigid and move like machines; they don’t deform. They’re not bendy or elastic like Mater and McQueen. They also don’t exist in a world with self-referencing elements (as in Cars). A conscious effort was made to create a world that feels like it could have really existed.

Obviously, Dinotrux is targeting a different audience than something like Dragons: Race to the Edge. Don’t go into this expecting an epic story that will carry an adult’s attention span throughout a season. It’s a kids show…and unashamedly so. 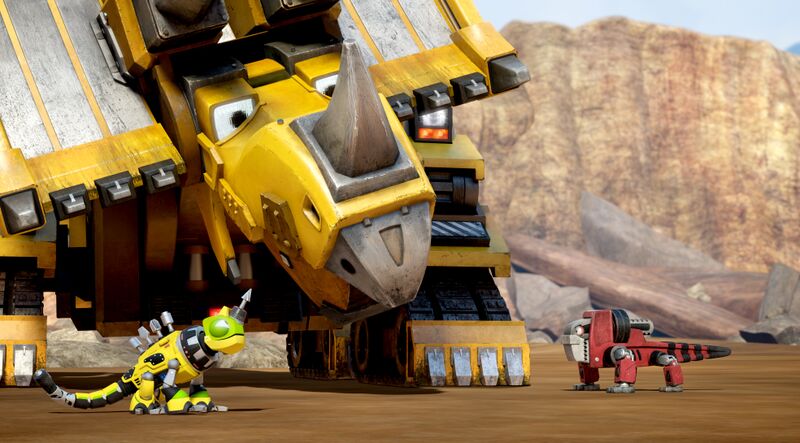 The first episode may feel slow (it has some awkward pacing and introduces the characters in a leisurely way), but muscle through it, and you’re rewarded for your perseverance. The show picks up with the second episode and is remarkably good.

In short, your kids will love it. Get your bits busy and give it a go! You won’t be sorry. 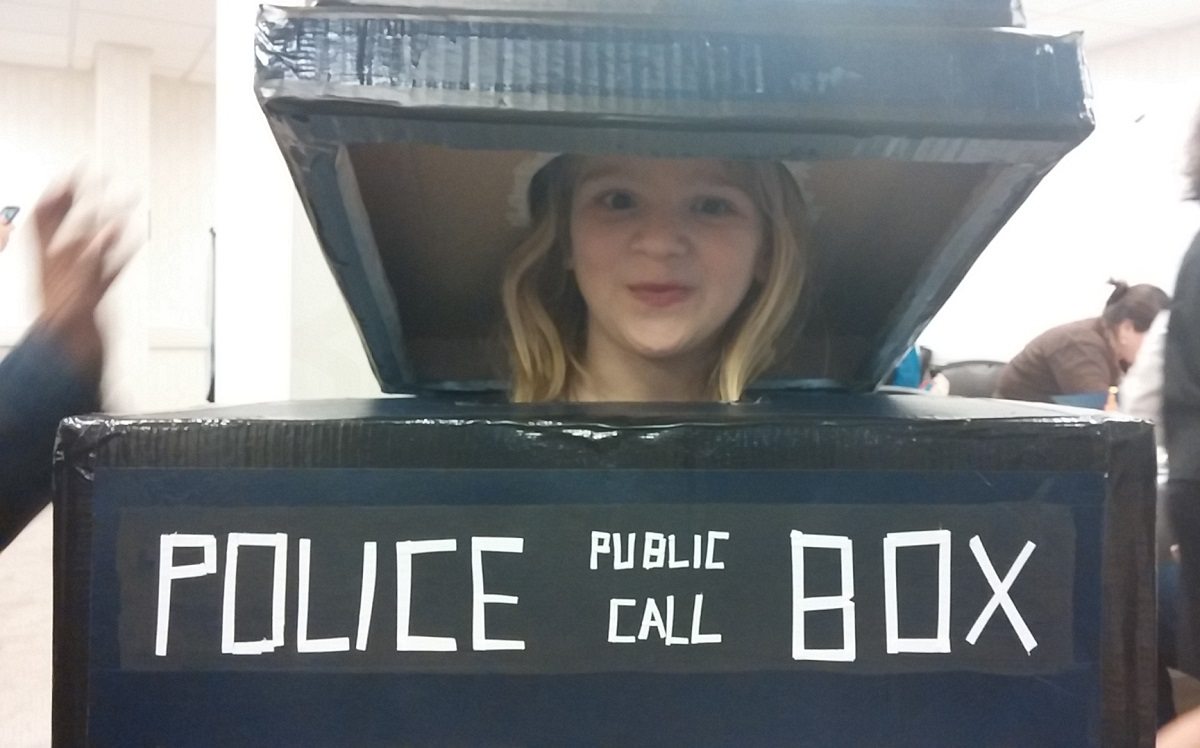