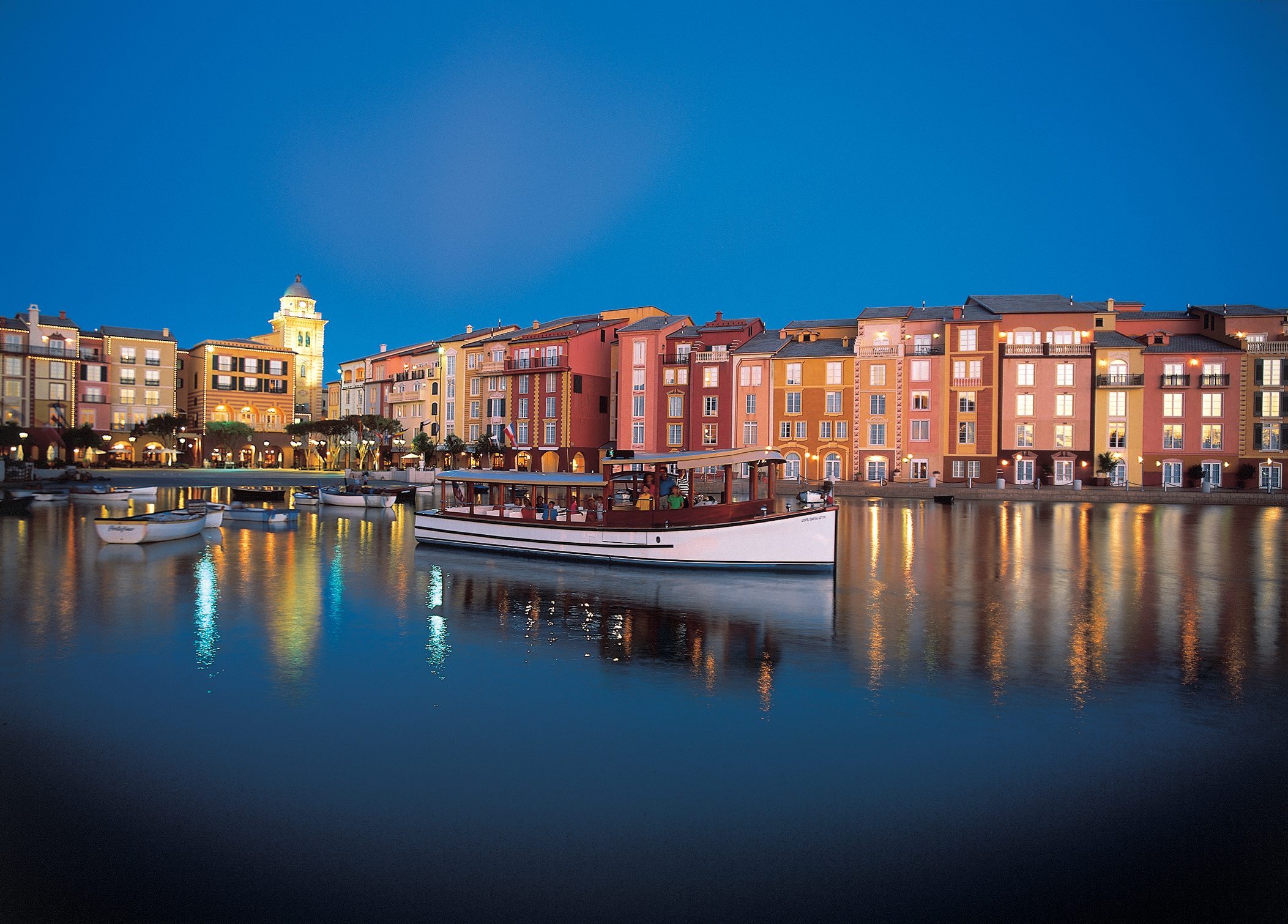 So, you’ve decided to visit Orlando and now it’s time to choose a place to stay. Without a doubt, venues abound. Some on theme park property, others off. While the eventual decision will come down to your priorities and budget, if you are considering a stay on the Universal grounds, Portofino Bay Hotel deserves a look.

I feel I should preface this review with a bit of backstory. We love amusement parks and make a trip to Orlando almost yearly. But, until this most recent visit, we had yet to stay at a Universal hotel. For a long weekend devoted to only Universal Studios and Islands of Adventure, however, we decided to give it a go, mostly for the inclusions only available as a Universal resort guest.

As one of Universal Orlando’s three deluxe hotels (the others being The Hard Rock Hotel and The Royal Pacific Resort), the Portofino Bay provides complimentary Universal Express Unlimited and one-hour early admission to either of the Wizarding World experiences, both with valid park admission. For us, this was the draw that got us in the door.

We discovered that we also got priority seating at the sit-down restaurants within the parks and character dining at select meals at the hotel. While they offer more inclusions than the more budget-friendly Cabana Bay Beach Resort Hotel, the deluxe resorts don’t come cheap. Rooms start in the mid-$200s and range to over $1,000 for the larger suites.

Designed to replicate the village of Portofino, Italy, the resort is a compilation of facades facing a central “bay,” which provides access for the complimentary water taxis to shuttle guests to and from the parks. While I’ve never visited the original, a quick image search shows the theming to be more than realistic. My kids enjoyed the ambiance and wanted many a picture taken on the stationary Vespa scooters dotting the cobblestone sidewalks.

With our tween and her little bother—I mean brother—in tow, we splurged on a deluxe room for space. Ours was conveniently located in the main building, giving us easy access to the two main pools and restaurants. The Portofino property is reasonably large, with 750 rooms spread out in multiple wings. I imagine if your room was located at the far end from the water taxis, the morning walk might be less pleasant than our leisurely stroll.

Compared to the Disney Deluxe resorts we’ve stayed at, the Portofino had by far the most space. Even with two queen-sized beds, we were able to have a roll-away single added and still had room to maneuver and store our bags. Our bathroom was equally big, with a separate tub and shower. This was particularly nice for a quick bedtime after a long day of park touring. My husband enjoyed the in-room Keurig on the morning we decided to enjoy an English breakfast in Diagon Alley. Overall, the room was spacious and comfortable, even if the in-room theming was somewhat lacking compared to Disney properties.

Where the Portofino really shines is in their pools. My children loved the Roman ruin-themed beach pool, with its zero-grade entry and sandy beach. By far the most lively of the main pools, this venue offers kid activities, a water slide, and surprisingly affordable blow-up floaties. When my little people first showed me the larger-than-life-sized inflatable turtle, I balked, unwilling to pay what I assumed would be an exorbitant price. It turns out both the turtle and the rideable dolphin can be had for only $12, including inflation.

With available flotation noodles, hula-hoops, a pool table, and hair braiding, the beach pool has more than enough to keep kids occupied. For adults, the bar provides a variety of delicious cocktails that, while a bit pricey at $13.50, can be purchased in a souvenir cup that provides refills for $10. Nicely, they allow you to change drink types at the same “refill” price.

While the villa pool has its fair share of kids splashing, the lack of slide and more conservative décor make this the better choice for quiet relaxation. Both pools have cabanas available to rent and a nice selection of loungers, although shade is at a premium and if you want an umbrella, plan to arrive early.

Since this is a review, I’ll list the two main drawbacks to this hotel.

First, while the restaurants range from casual to fine dining, the diversity is somewhat limited as they all, not surprisingly, feature Italian food. If that isn’t your cup of tea or you are perhaps trying to eat low-carb, this makes for some tough choices. The other issue is the distance the Portofino sits from the amusement parks. By foot and from our centrally located room, the walk still took roughly 20 minutes. The water taxis are faster, provided you can catch one immediately. However, in the mornings, the line can be several taxis long. Bicycle rickshaws provide a third option and were by far my children’s ride of choice. The cyclists don’t charge a set fee, working for tips instead. On our first morning, Anthony gave us the resort layout and helped us to generally get our feet on the ground.

Overall, the Portofino is more than comfortable, the staff incredibly friendly, and the inclusions, along with the self-serve kiosks that allow guests to obtain their park tickets and Express passes, make this hotel a good bet for a Universal-centered trip to Orlando. 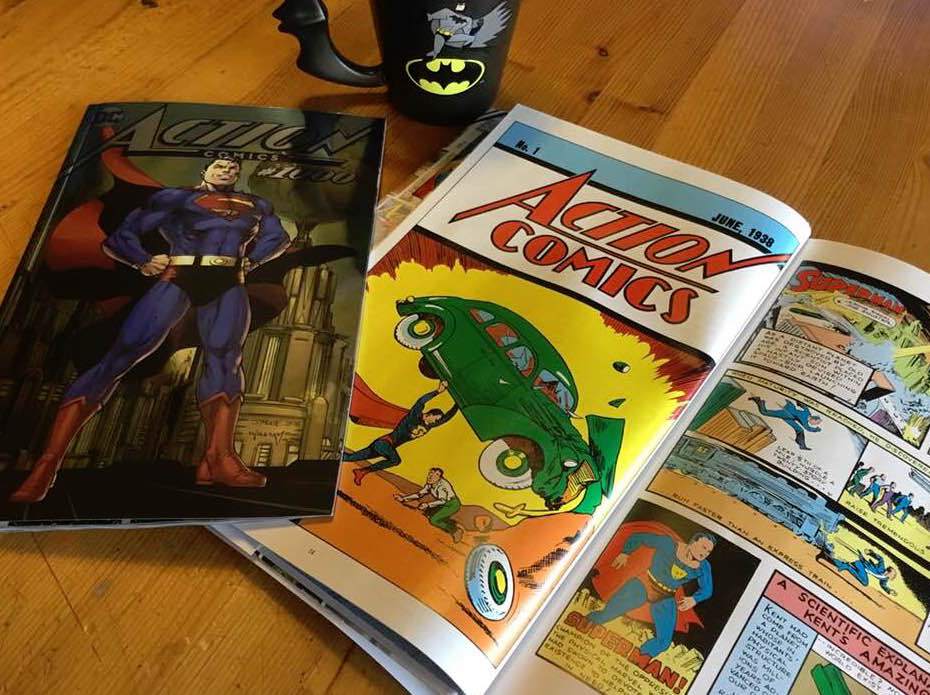 8 Things This Batman Fan Has Learned to Love About Superman

Touching Things at the Please Touch Museum in Philadelphia