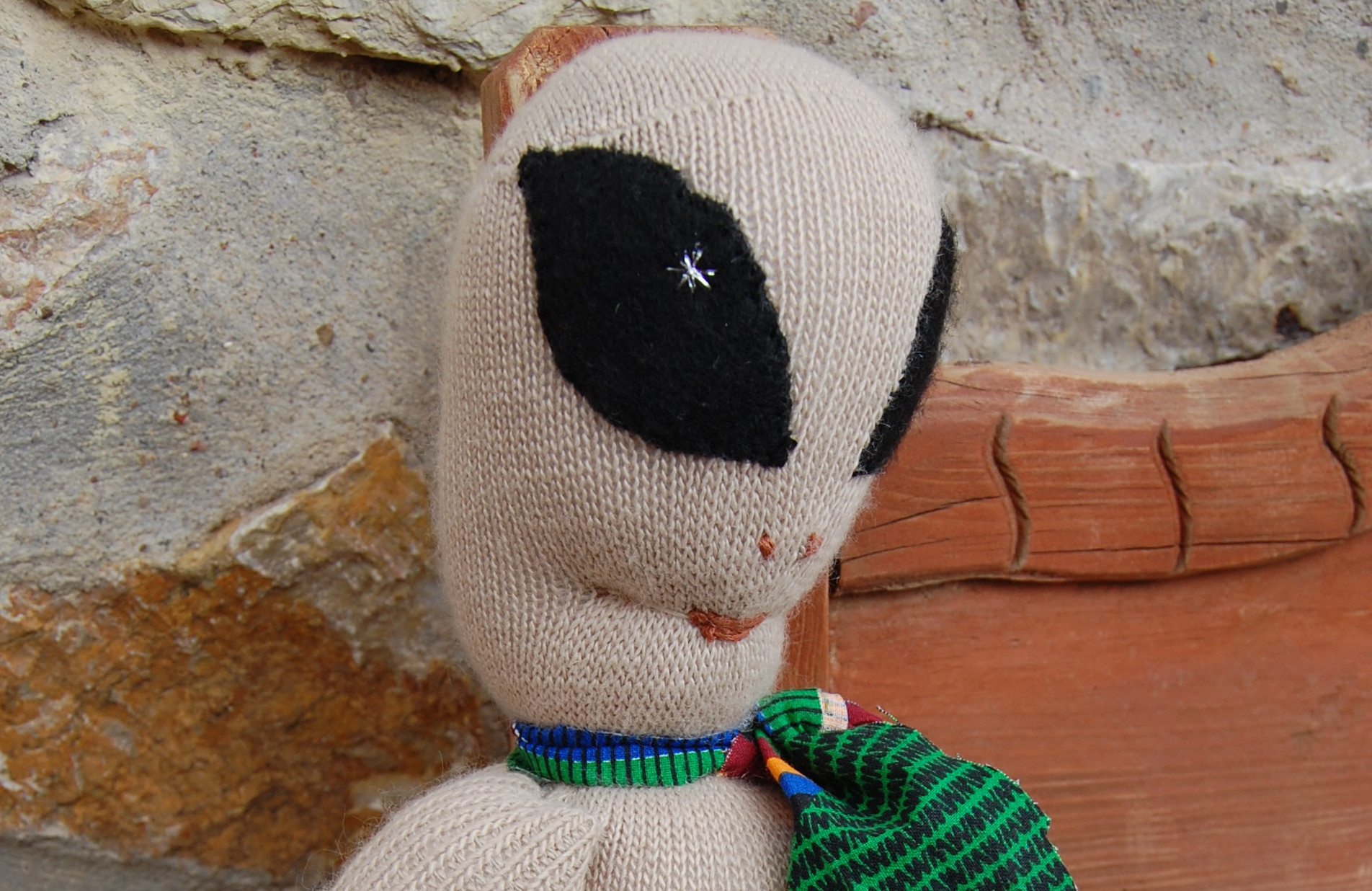 Every Fourth of July weekend, the City of Roswell, New Mexico, explodes with visitors for the Roswell UFO Festival. The annual event celebrates the mysterious 1940s crash in the nearby desert, of what may or may not have been a U.F.O.

Either way, the Roswell-style alien is instantly recognizable. He also makes a for a nice twist on the classic sock monkey.

As much as I love making geeky variations on the sock monkey, I love the alien best because I don’t have to mess with the meticulous parts like the ears or tail.

This variation will work with any color of wool or cotton socks, with just one piece of black (or other dark color) felt and any color embroidery floss.

If you haven’t made a sock monkey before, start with a basic sock monkey pattern found on many craft and sewing blogs. The site Craft Passion has a nice, basic pattern and tutorial.

Once you’ve found your pattern, build only the easy “body and legs” portion, which entails cutting a slit in the leg portion of the sock. Disregard most of the second sock’s pattern (ears, tail, mouth, etc.), and just cut a pair of arms.

Once assembled, tie a piece embroidery floss a short way above the arms and pull it around the front of the alien’s face. Pull the thread through the sock to where you sewed the first end of the floss. This will smush in the bottom potion of the face, so it takes on an oval Roswell-style alien face.

Next, fold your felt in half to cut two identical oval “eyes.” Sew these on the front of the alien and use extra floss to add a pair of nostrils, the nose, and any other details you want. I like to sew a little star-shaped highlight on one of the eyes.

Tie a ribbon or little scrap of cloth around its neck to give the head more shape, and you have a little sock alien.

Once you’ve gotten the hang of this, you can make them in different sizes and colors, and keep them on hands for gifts.

I like to stick to browns and grays for my traditional “aliens,” but I’ve learned these can look really cute in brighter colors. I’ve even modified this idea to make sock skeletons.

Go out and find a color that suits your aliens best, though. The socks are out there. 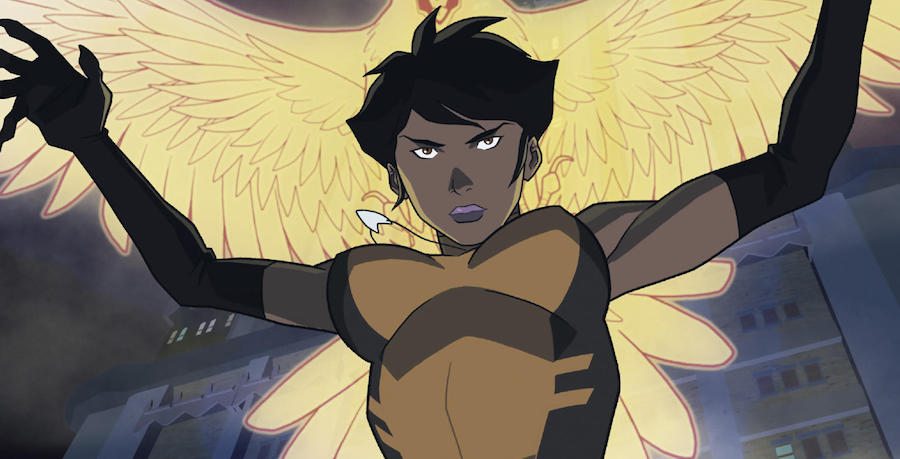 Love 'The Flash?' Mark the Calendar for the Premiere of 'Vixen' 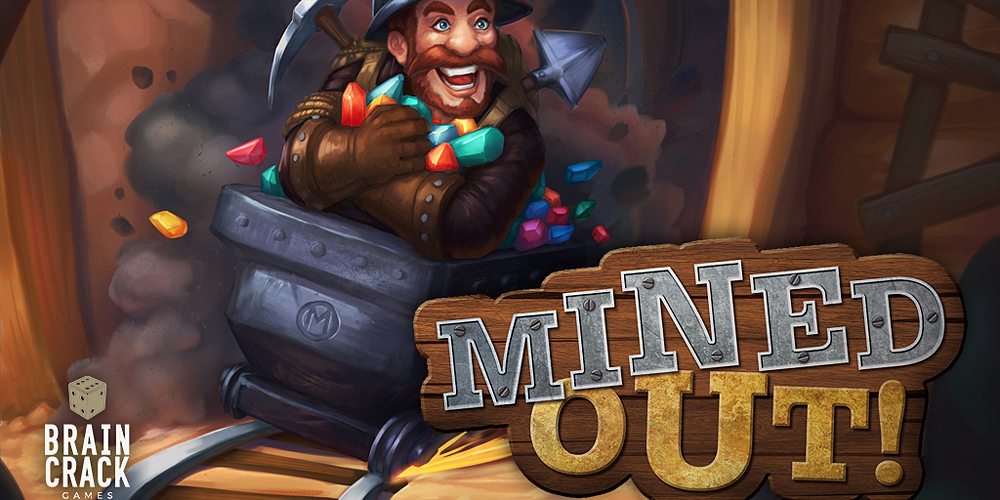