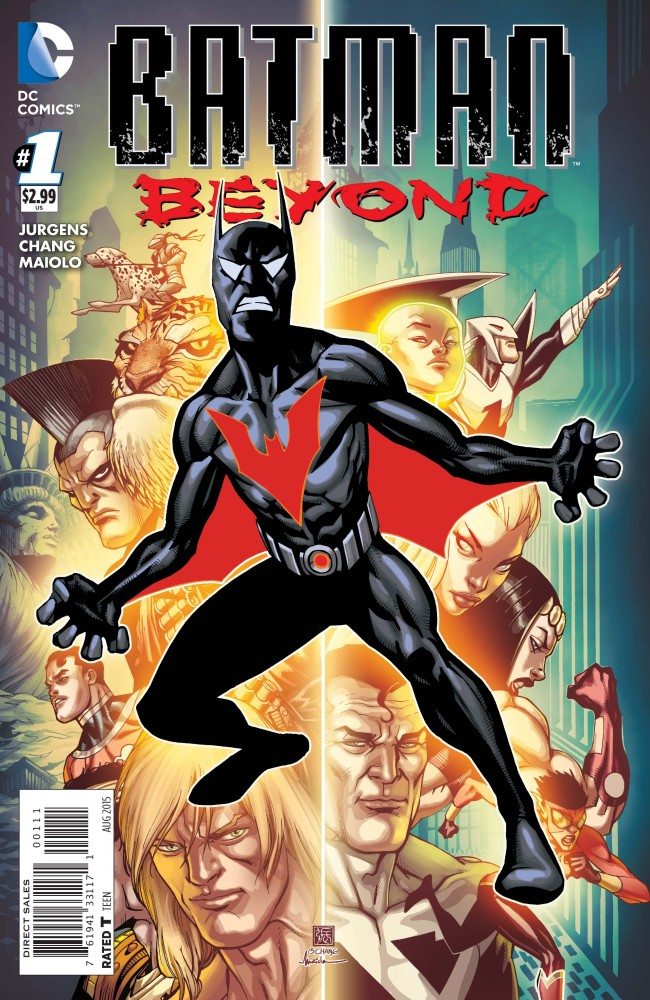 Confession: I’ve only seen a handful of Batman Beyond episodes. I’ve enjoyed the ones I’ve seen, but for some reason I’ve never really watched many of them. I’ve only read a couple of the Batman Beyond comics. After enjoying Futures End, I was finally ready to pick up a book starring Terry McGinnis under the cowl. Heh. That changed. Without spoiling anything, I’ll just say that former Red Robin Tim Drake has taken over the mantle of Batman Beyond and hopped to 35 years in the future. That’s the definitive future of the DC universe, to be exact. By making that declaration, DC Comics made a lot of fans’ longtime dreams come true. The first issue of the new series hit newsstands on June 3. GeekDad has caught up with the writer/artist team of Dan Jurgens and Bernard Chang to get some insight into their ongoing. There’s also a preview of the first issue included below for your reading pleasure.

GeekDad: What dynamic does Tim Drake bring to the book over Terry McGinnis?

Dan Jurgens: Tim Drake is a really good strong character. He’s incredibly smart. He was smart enough to discover Bruce Wayne is Batman. He’s instant context for the current DCU. It’s a pipeline to connect the present universe with the future.

GD: Can you give any hints on what’s changed in the post-Futures End timeline?

DJ: We saw the future in Future’s End zero and forty-eight. Now, there’s been no invasion from Earth 2. Things are different and changed since then. The cover to the first issue of Batman Beyond acknowledges this with the [DCU] timeline on the left and the beyond timeline on the right, merging together.

GD: Speaking of the cover: Will we be seeing Kamandi, the Atomic Knights, or OMAC within the first arc or maybe a little down the line?

DJ: We’re building in surprises. There was another element in Batman Beyond #1, where we saw Tim fly under the statue from Kamandi. They coexist. If we look at the world out our window and different places on Earth, we’ll see mammoth cities where people live in different worlds than we do. Thirty-five years from now society is broken down. We’re incorporating visual elements to show life is different in extremes.

Bernard Chang: It’s a great dynamic. We’re exploring society and different parts of the world and what the world will look like in a post-apocalyptic future. 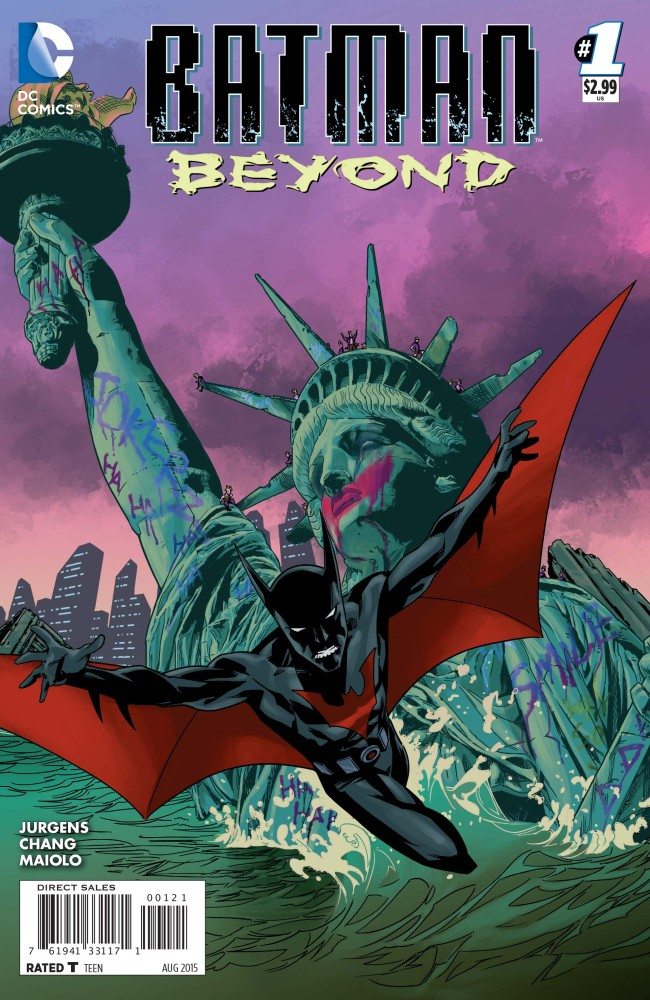 GD: Dan, in the interview included in the back of the first issue of Batman Beyond, you’re asked about the relationship between Tim and Bruce. You answered, “There is a Bruce there, yes.” I’m sure you won’t say more, but that’s driving me crazy!

DJ: [Laughs] You’ll have to wait and see.

GD: Tim Drake describes Neo Gotham as “almost beautiful.” Why the change from the gritty old Gotham of yore?

DJ: I talked to Bernard about what would Gotham look like at this point. In the animated cartoon it was drawn like a ’30‘s metropolis. What Wayne-Powers did was clean it up. Batman was successful in a way. It’s like the best city on earth.

DJ: The dichotomy is that Bruce Wayne is responsible for both.

BC: What was your favorite part of the first issue?

GD: When a certain familiar-but-older face shows up from Tim’s past. No spoilers here. Will there be more pop-ups to look forward to? Easter eggs from the present DCU? How about Booster Gold, please?

DJ: [laughs] That would be interesting, wouldn’t it?

GD: Is there anything else you would like to tell readers before we go?

DJ: [spoiler] The big one is that we have a lot of fun surprises like Barbara Gordon. Going forward, we’re trying to build that into a lot of issues if not all of them. By issue six, touchstones to the current DCU will be strong and people will really enjoy it.

BC: What Dan said. I’m reading the scripts and intrigued by watching the Batman Beyond animated episodes. There’s a great weave of both universes. It’s not one-hundred percent one way. There’s a lot of good balance. Surprises will keep readers coming back and interested.

GD: Another little tease the artist dropped was that he even gets to draw the Teen Titans. Which version? We’ll have to keep reading to find out. 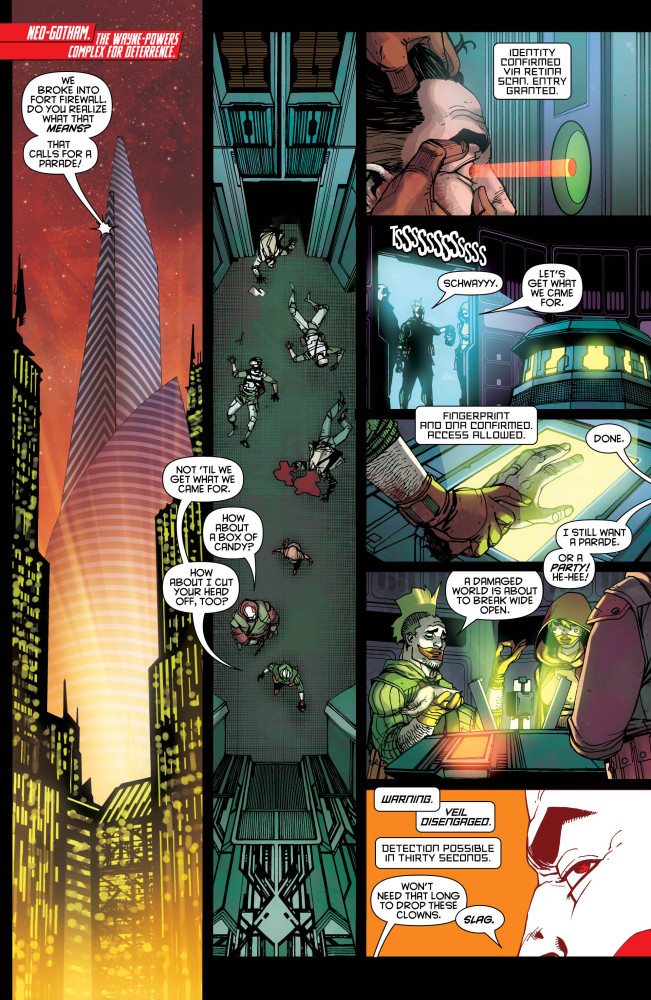 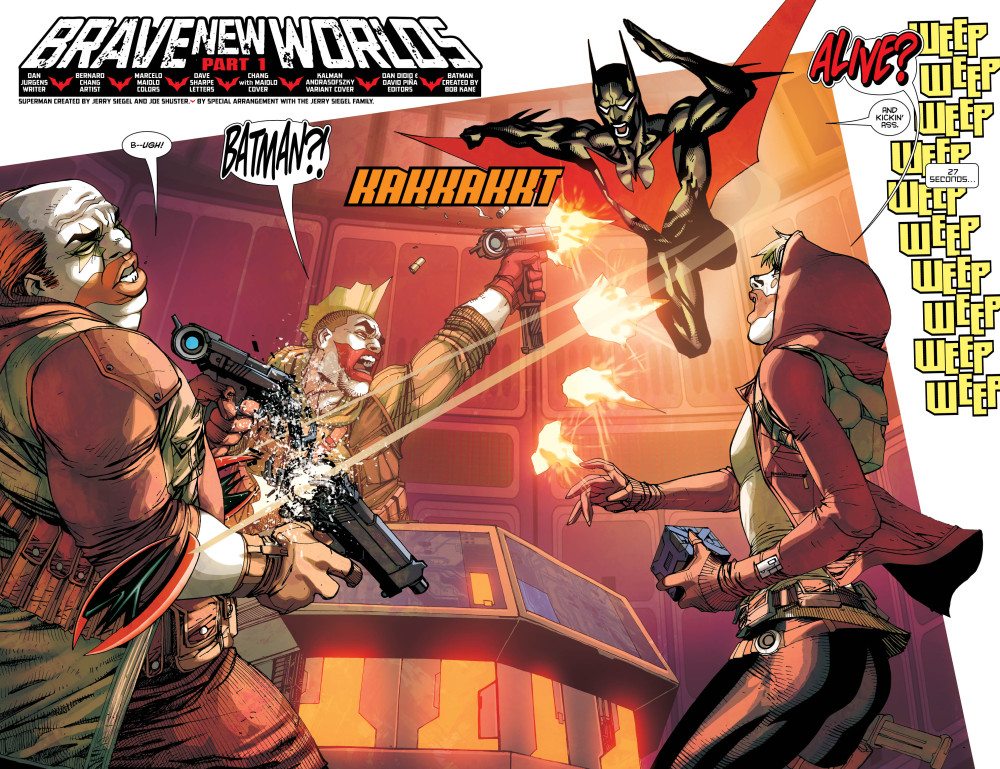 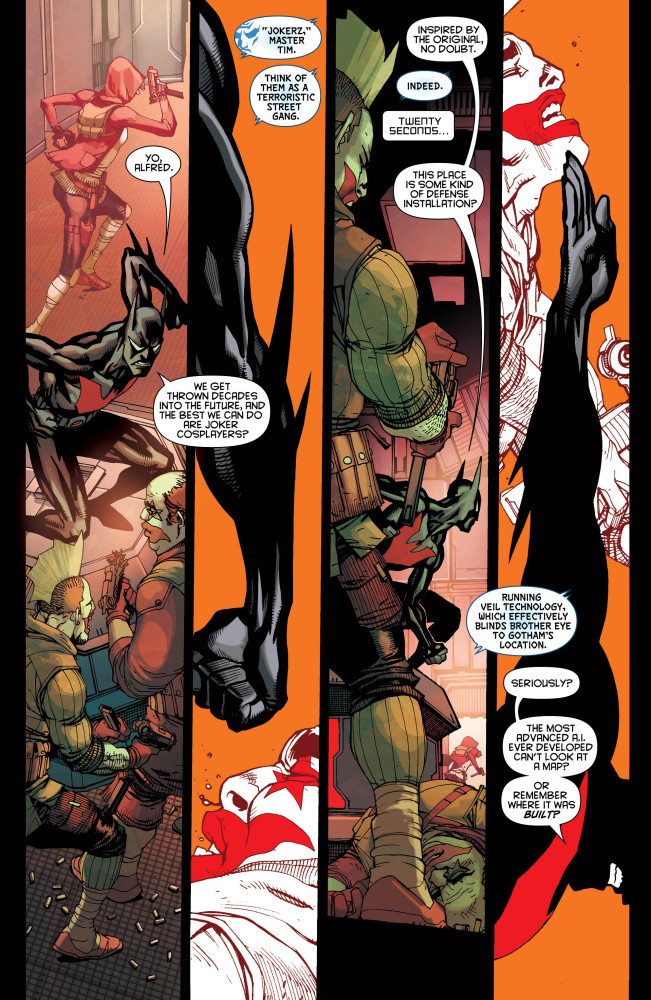 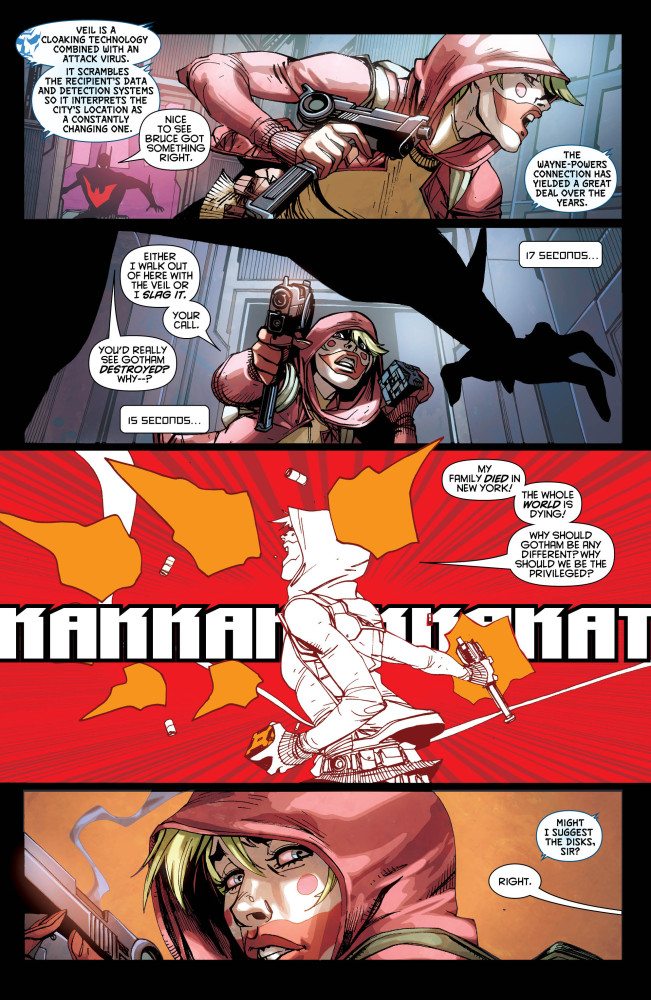