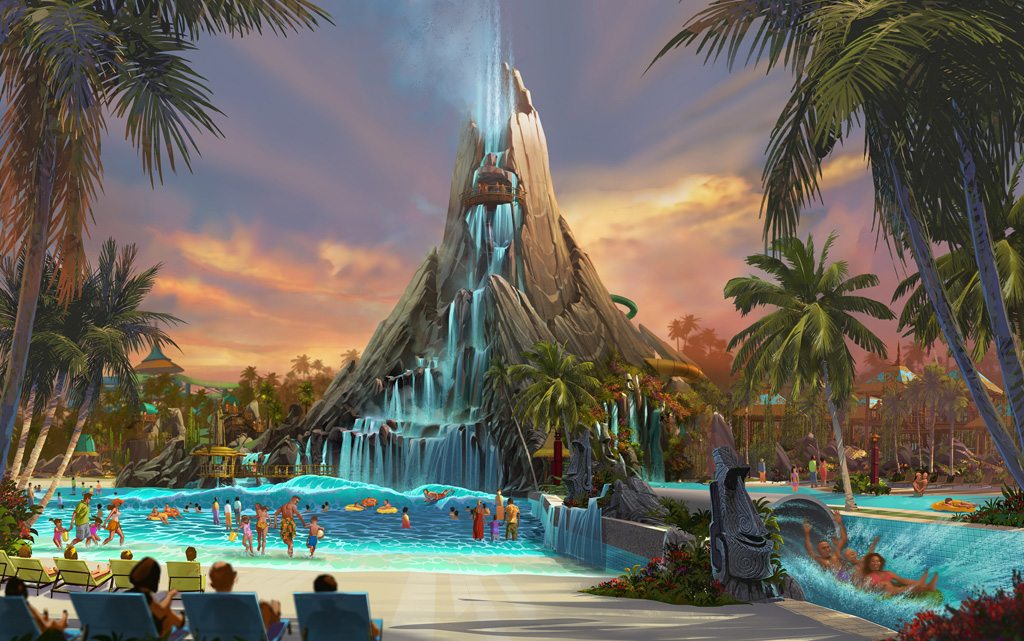 Today is the sixteenth anniversary of the opening of Universal’s Islands of Adventure in Orlando, and today Universal Orlando officials have revealed plans for their third theme park in Orlando. To be called “Universal’s Volcano Bay,” the new park is already being built next to Universal’s Cabana Bay Beach Resort hotel, and according to the official release is planned to be a “water theme park.”

Not much in the way of details has been revealed yet. The official blog of Universal Orlando says:

The park will feel as if it is set in picture-perfect tropical islands, formed by a massive volcano – and it will have something for every member of the family. It will feature radically-innovative attractions, peaceful moments of relaxation and an experience that we hope will change the way guests think about water theme parks.

Considering the huge success of the Wizarding World of Harry Potter – Hogsmeade, which has been open since 2010, and Diagon Alley, which opened last year – this has a lot of promise. The folks at Universal have proved that they can deliver on “radically-innovative attractions,” without any hyperbole. The new park is scheduled to open in 2017, so we won’t have that long to wait to see what they come up with (and of course they’re bound to reveal more details in the meantime). I know I can’t wait!